Benfica returns to the field next tuesday. The Águais will face Boavista, for the Taça da Liga. In turn, Arouca faces Estoril away from home, on thursday, for the Primeira Liga
5:18 PM4 months ago

With the result, Benfica follows in third place, adding 44 points. Already the Arouca bitter in the relegation zone, in 17th, with 14.
5:17 PM4 months ago

Abdoulaye, for a foul on Gonçalo
4:50 PM4 months ago

Grimaldo takes a free-kick in the corner of the area. Gonçalo comes out well and just sticks it into the back of the net
4:49 PM4 months ago

Quaresma, for a foul on Cebolinha
4:47 PM4 months ago

Antony passes through the marking at speed on the right side, invades the area and shoots searching for the corner. Vlachodimos closes in the first post to save
4:32 PM4 months ago

Out: Paulo Bernardo and Darwin

In: Taarabt and Gonçalo Ramos

Bukia gets in behind Vertonghen and shoots. Vlachodimos falls and sees the ball go to the right of the goal
4:26 PM4 months ago

Weigl and Eboué return to the pitch after receiving medical attention
4:24 PM4 months ago

Weigl and Eboué clash head to head. The German takes the worst and suffers a cut
4:13 PM4 months ago

Rafa Silva hits a cross, but Victor Braga to the side. Grimaldi crosses from the left, the number 27 shoots again. Abdoulaye makes the cut
4:10 PM4 months ago

Paulo Bernardo plays to Cebolinha, who pulls into the middle and takes a long shot. The ball goes close to the crossbar
4:09 PM4 months ago

Out: Leandro Silva and Adílio

In: Antony and Pedro Moreira

João Basso leaps before the shot and Vlachodimos makes the save
3:40 PM4 months ago

Arsenio is put out to run, enters the area. Vlachodimos comes out to close the angle, but fouls with his foot
3:33 PM4 months ago

Darwin charges with a stop, the goalkeeper tries to fall to the left, but tries to come back and sees the ball entering the net
3:31 PM4 months ago

Darwin goes up to João Basso, tries to dribble, but is dropped after splitting. Judge orders a penalty
3:29 PM4 months ago

Rafa Silva takes a free-kick towards the goal. Victor Braga fits in the most tranquility
3:21 PM4 months ago

Arouca abuses in the throws to threaten the goal of Vlachodimos. However, the defense of the Eagles manages to prevent any problems
3:19 PM4 months ago

Benfica exchanges passes around the opponent's area. In search of space, he centralizes the play on the right side, but Vertonghen reverses to Grimaldo, who can not reach
3:12 PM4 months ago

Darwin receives inside the area, he shoots and Victor Braga saves with his feet. The striker takes advantage of the rebound, but Quaresma pulls off the line
3:04 PM4 months ago

João Mário lines up Darwin in the attack, but the assistant raises the flag showing offside
3:00 PM4 months ago

Moments of the Arouquense warm-up 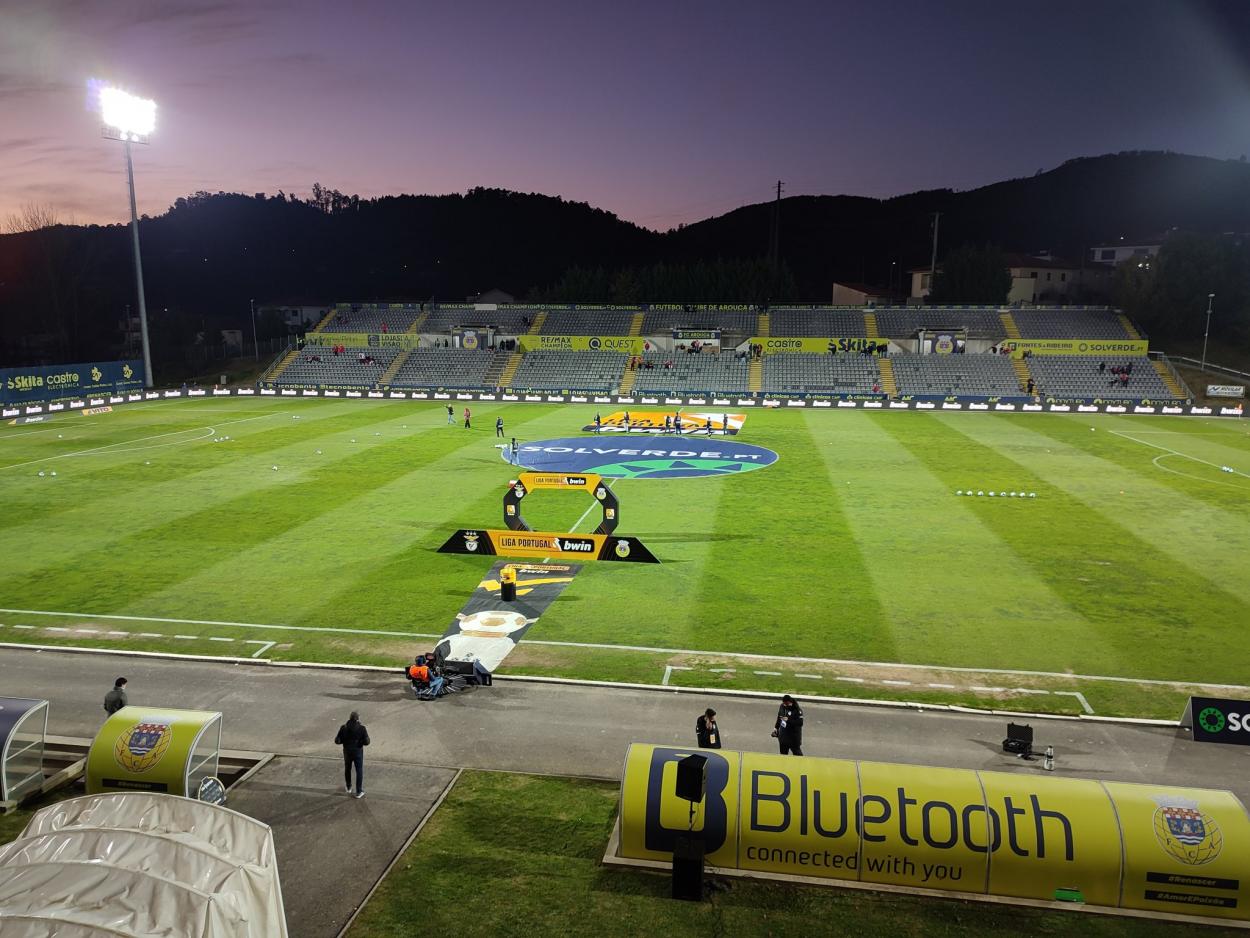 Arouca and Benfica have faced each other 12 times, with ten wins for the Eagles, one draw, and one triumph for the Arouquense, which occurred in 2015, 1-0.
2:06 PM4 months ago

How and where to watch the Arouca vs Benfica match live?

If you want to watch the game Arouca vs Benfica live on TV, your options is: GOLTV, RTPi, GolTV Espanol

If you want to directly stream it: GOLTV Play

What time is Arouca vs Benfica match for the Primeira Liga ?

This is the start time of the game Arouca vs Benfica of 21th January 2022in several countries:

"Obviously, the results dictate the analysis you make of the team. Our vision goes beyond that. We are aware that the results are not what we want, but there are things we are doing well. The team is playing in a different structure and we will change some things as the championship goes on. It is not easy. There are things to improve, defensively and offensively. The players have been behaving very well and the signs are positive."
1:41 PM4 months ago

Missions and return at Benfica

Nélson Veríssimo will not be able to count on Nemanja Radonjic, Lucas Verissimo and Rodrigo Pinho. All injured. On the other hand, the coach will have Everton Cebolinha at his disposal. The striker has recovered from his second infection caused by Covid-19.
1:31 PM4 months ago

"We are not going to be underdogs, or to play underdogs. We are men, we want to excel and surprise. For sure, we will have a say in the game. Our athletes have the mentality of individuality for the collective. This way we will be closer to surprising and being competitive, to guarantee points that we really need.

Covid-19 and injuries cause absences in Arouca

Matias Campi and Or Dasa have been infected by Covid-19, while Moses Yaw, Fernando Augusto, José Manuel Velázque are in the medical department. Coach Armando Evangelista will also be without midfielder Marco Soares, who is with the Cape Verde national team at the Africa Cup of Nations, while André Silva is suspended for the number of yellow cards.
1:16 PM4 months ago

With 41 points, Benfica occupies third place in the standings. The Eagles seek to close the gap to rivals Porto, leader of the competition, and Sporting, second leader. Both with 50 and 47, respectively.
1:11 PM4 months ago

In 17th, Arouca owns 14 points. Two away from Famalicão, the first team out of the relegation zone, and Vizela - which loses on goal difference, in the relegation playoff. The team comes in a sequence of four losses and a draw. The last victory occurred on November 27, 2021, against Boa Vista.
1:06 PM4 months ago

Arouca vs Benfica, live this friday (21), at Municipal of Arouca, at 2 pm ET, for the Primeira Liga. The match is valid for the 19th round of the competition.
1:01 PM4 months ago

My name is Izabelle França and I’ll be your host for this game. We will provide you with pre-game analysis, score updates, and news as it happens live here on VAVEL USA