The best images of the game

Thank you for following the Serie A game between Inter and Venezia.
2:54 PM4 months ago

Vidal does not take advantage of the counterattack against the goalkeeper who saved his shot.
2:44 PM4 months ago

Cross to the far post where Dzeko turns his head and sends the ball into the net to take the lead 2-1.

Okereke and Brozovic come off

Play has been interrupted and Stefan de Vrij is now cautioned.
2:24 PM4 months ago

Mattia Caldara of Venezia was cautioned.
2:19 PM4 months ago

Vidal, Sanchez and Dumfires are in.

Barella, Martinez and Darmian out

Dimarco's free kick is saved by the goalkeeper and deflected aside.
2:09 PM4 months ago

Tessmann and Dominique come out

Dzeko drifts the ball over the keeper's head and misses the second.
1:59 PM4 months ago

Dzeko's dangerous cross into the box is not finished off by Dzeko.
1:54 PM4 months ago

Dimarco came in and Bastoni went out, change of Inter.
1:49 PM4 months ago

The second half begins between Venezia and Inter.
1:44 PM4 months ago

Marco Modolo of Venezia is cautioned for a complaint.
1:34 PM4 months ago

One more minute is added and a handball inside the area is reviewed.
1:29 PM4 months ago

Perisic's shot is saved by the goalkeeper, but Barella does not miss the rebound and sends it into the back of the net.

Lautaro's bicycle kick inside the area goes high over the goal.
1:19 PM4 months ago

Now the attempt was by Brozović into the hands of the goalkeeper.
1:14 PM4 months ago

Fiordilino came in and Vacca came out, substituted by Venezia.

One more attempt from Çalhanoğlu from half distance that reaches the goalkeeper's location.
1:04 PM4 months ago

Dzeko's shot inside the box goes over the top.
12:59 PM4 months ago

A precise cross into the six-yard box is headed into the back of the net by Thomas Henry to make it 1-0.

It took 15 minutes for Venezia to make a breakthrough through Ethan Ampadu's mid-range shot right at the goalkeeper's spot.
12:49 PM4 months ago

Perišić with an impact just outside the area that goes over the top.
12:44 PM4 months ago

Lautaro's shot from the center of the field hits the goalkeeper's hands.
12:39 PM4 months ago

Inter's first warning, but the cross is a bit long and Dzeko fails to finish inside the six-yard box.
12:24 PM4 months ago

The game between Inter and Venezia of Serie A begins.
12:19 PM4 months ago

We are just minutes away from kick-off at the San Siro for the Serie A clash between Inter Milan and Venezia.
12:14 PM4 months ago

The day has already begun

Serie A matchday 23 started on Friday with Hellas Verona's 2-1 home win over Bologna.

This morning, Genoa and Udinese were held to a goalless draw, while Saturday's matchday will be closed by Lazio and Atalanta at the Stadio Olimpico.

Led by Chilean Arturo Vidal, Inter Milan took to their home stadium, the San Siro, in search of their 16th victory of the campaign. 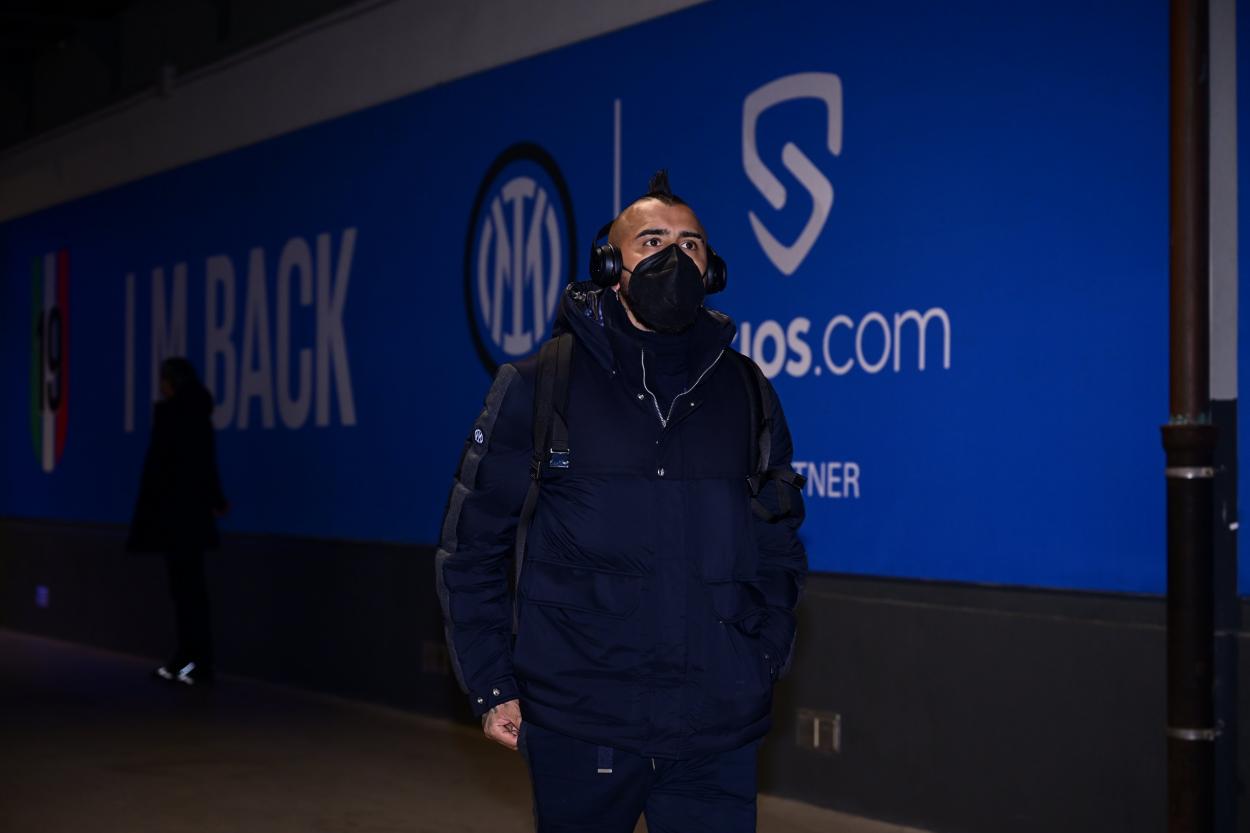 The support of the fans

D'ambrosio acknowledged that before the break due to the FIFA Date, they must secure the points at home and also highlighted the fact that the support of the fans has been there at all times and under all circumstances.

"Last game before the break, the important thing is to close with three points. The fans have always been close to us and always will be, they have shown it in the past, they are with us inside and outside the stadium".

How does Venezia arrive?

While Venezia comes into this game in need of a win because it is just above the relegation zone with 18 points and comes from being eliminated by Atalanta in the Coppa Italia and a 1-1 draw against Empoli in the local league.
11:34 AM4 months ago

The black-and-blue team is top of Serie A with 50 points, 2 points ahead of Milan at the moment, and has also just beaten their rivals Empoli 3-2 in the Coppa Italia.
11:29 AM4 months ago

The leader and champion Inter makes its presentation this Saturday at home in search of three points to reassert itself at the top when it faces a needy Venezia. We begin with coverage of the game.
11:24 AM4 months ago

Do not miss a detail of the match with the live updates and commentaries of VAVEL. Follow along with us all the details, commentaries, analysis and lineups for this Inter vs Venezia match for the Serie A.
11:19 AM4 months ago

What time is Inter vs Venezia match for Serie A?

This is the start time of the game Inter vs Venezia of 22nd January in several countries:

Due to the fact that Venezia spent a long time in the Second Division, the meetings between these clubs in the current millennium have barely reached four, with Inter having the advantage with three wins and only one draw.

Venezia needs goals and many of the expectations are placed on Mattia Aramu, who has only five goals in the championship, but is usually a player who knows how to find options in the enemy's goal. 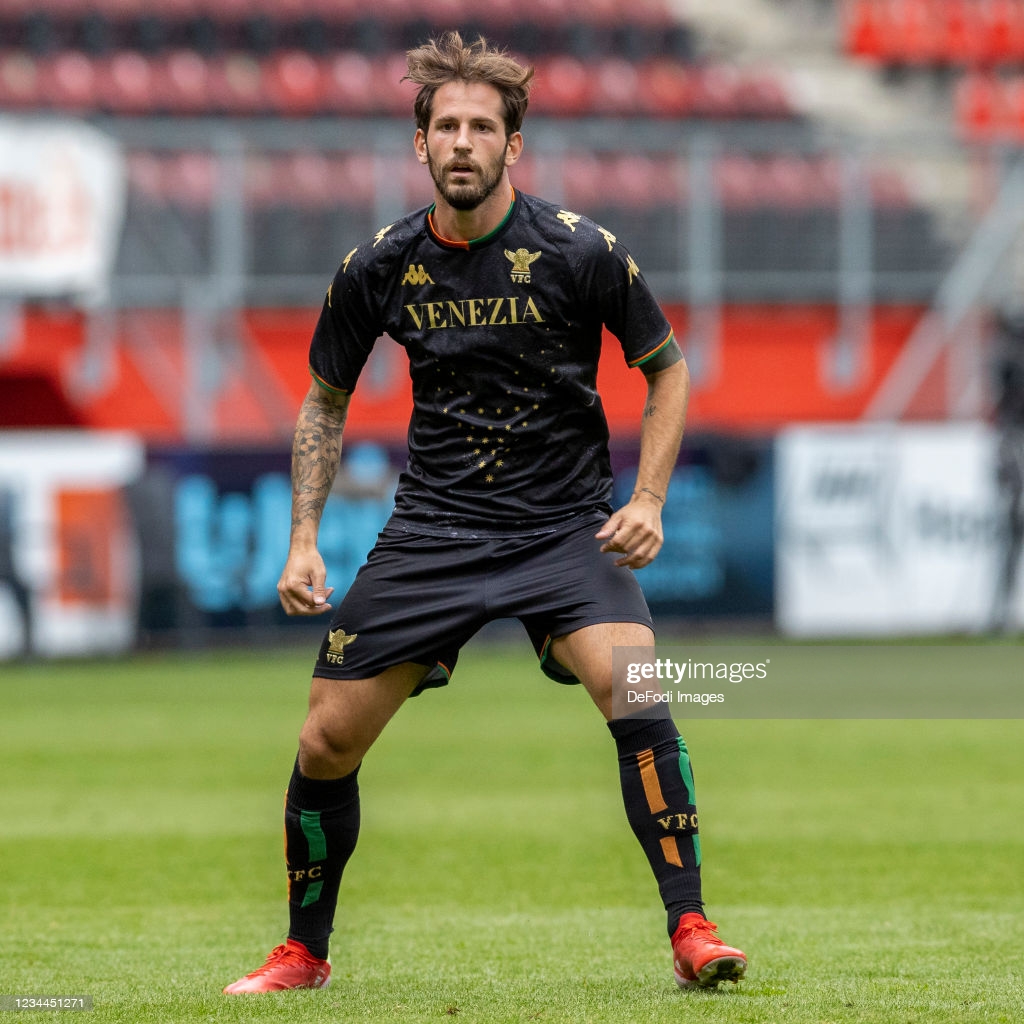 Although the Chilean has had a hard time earning his place as a starter, Alexis Sanchez continues to show his talent on the field every time he is put on the pitch and is crying out for more minutes to continue to demonstrate his unbalanced midfield play.
10:59 AM4 months ago

Venezia: to win at any cost

Just two points above the relegation zone, Venezia needs to take points no matter what and, although they look like the victims for this match, not losing on this visit will help their confidence; they are coming from last week's 1-1 draw with Empoli.
10:44 AM4 months ago

These are the games that Inter Milan cannot afford to drop points, given how tight the overall standings are with only two points behind Milan and four points behind Napoli, remembering that last week they missed the chance to win and drew at home to Atalanta.
10:39 AM4 months ago

The Inter vs Venezia match will be played at the San Siro Stadium, in Milan, Italy. The kick-off is scheduled at 12:00 pm ET.
10:34 AM4 months ago

Welcome to VAVEL.com’s LIVE coverage of the Serie A: Inter vs Venezia!