Thank you for following the León vs. Pachuca Liga MX Date 3 telecast.
10:55 PM4 months ago

Navarro and Hernández come in

Hurtado and Sánchez come off

Tesillo's header to the near post is saved by Ustari.

Avilés Hurtado scored a goal, but it was ruled offside.
10:35 PM4 months ago

Burón entered and Mosquera came out, a change for León.
10:30 PM4 months ago

Fifth yellow card of the game and now it is for Chilean Jean Meneses.
10:25 PM4 months ago

Guzmán and Ibáñez come off.

Ormeño and Ramírez come in.

Martinez and Rodriguez come off.

Dangerous service by Meneses is cut off at the near post by the defense.
10:10 PM4 months ago

Óscar Murillo makes a strong tackle and is sent off.
9:55 PM4 months ago

Rodriguez's cross and Dávila's header inside the box to retake the lead 2-1.

Sanchez goes all the way into the kitchen and fires a shot that is saved by the goalkeeper.
9:45 PM4 months ago

Dávila's left-footed shot from outside the area goes wide.
9:40 PM4 months ago

A double header inside the box from a corner kick brought Pachuca close to scoring a second goal.
9:35 PM4 months ago

Barreiro has been cautioned for cutting off a dangerous breakthrough.
9:30 PM4 months ago

Mosquera with a service to the near post that is rejected by the defense.
9:25 PM4 months ago

The second half begins between León and Pachuca.
9:20 PM4 months ago

Summary of the first half

William Tesillo has been cautioned.
9:05 PM4 months ago

A deflected shot by Tapias and the ball does not cause danger.
8:55 PM4 months ago

Ángel Mena leaves due to injury and Elías Hernández enters, a change for León.
8:50 PM4 months ago

Mena's cross crosses the entire area without finding a recipient.
8:40 PM4 months ago

Tesillo crosses into his own goal from inside the six-yard box and concedes the equalizer.

Ibañez brings the ball down with his chest, but his shot is underpowered and misses the goalkeeper.
8:30 PM4 months ago

Rodolfo Cota saves the shot from half distance without rebounding.
8:25 PM4 months ago

The ball bounces to Mena and his right-footed shot goes high.
8:20 PM4 months ago

Ibañez with a shot and Cota with another save.
8:15 PM4 months ago

Mosquera's header to the far post, but it goes into Ustari's hands.
8:10 PM4 months ago

Dávila didn't want to cross the ball, took too long, and the ball was snatched inside the area.
8:05 PM4 months ago

Luis Montes is cautioned for a bad foul.
8:00 PM4 months ago

Chávez's powerful left-footed shot from outside the area that Cota manages to deflect with his foot and miraculously does not end in a goal.
7:55 PM4 months ago

Direct free kick that León does not take. In fact Tesillo makes a tunnel but the ball goes long.
7:50 PM4 months ago

Mosquera with the cross to the far post, but fails to find a teammate.
7:45 PM4 months ago

Avilés Hurtado tries the delayed diagonal, but the defense rejects at the near post.
7:30 PM4 months ago

Daniel Aceves of Pachuca has been cautioned.
7:25 PM4 months ago

Mosquera's flick inside the box to score the goal and open the score 1-0.

The game begins between León and Pachuca.
7:15 PM4 months ago

We are minutes away from the start of the match between León and Pachuca for Liga MX matchday 3.
7:10 PM4 months ago

After this game, Pachuca will return to the field on February 5 to visit Necaxa in Aguascalientes and, two days later, León will do the honors against Cruz Azul.
6:45 PM4 months ago

Pachuca's directors did not miss the opportunity to be at the Nou Camp and had their photo taken, where they are looking for a third consecutive victory:

Leon will wear a special jersey for this game and their sponsor's theme was wrestling, as was the case with Atlas last Wednesday. 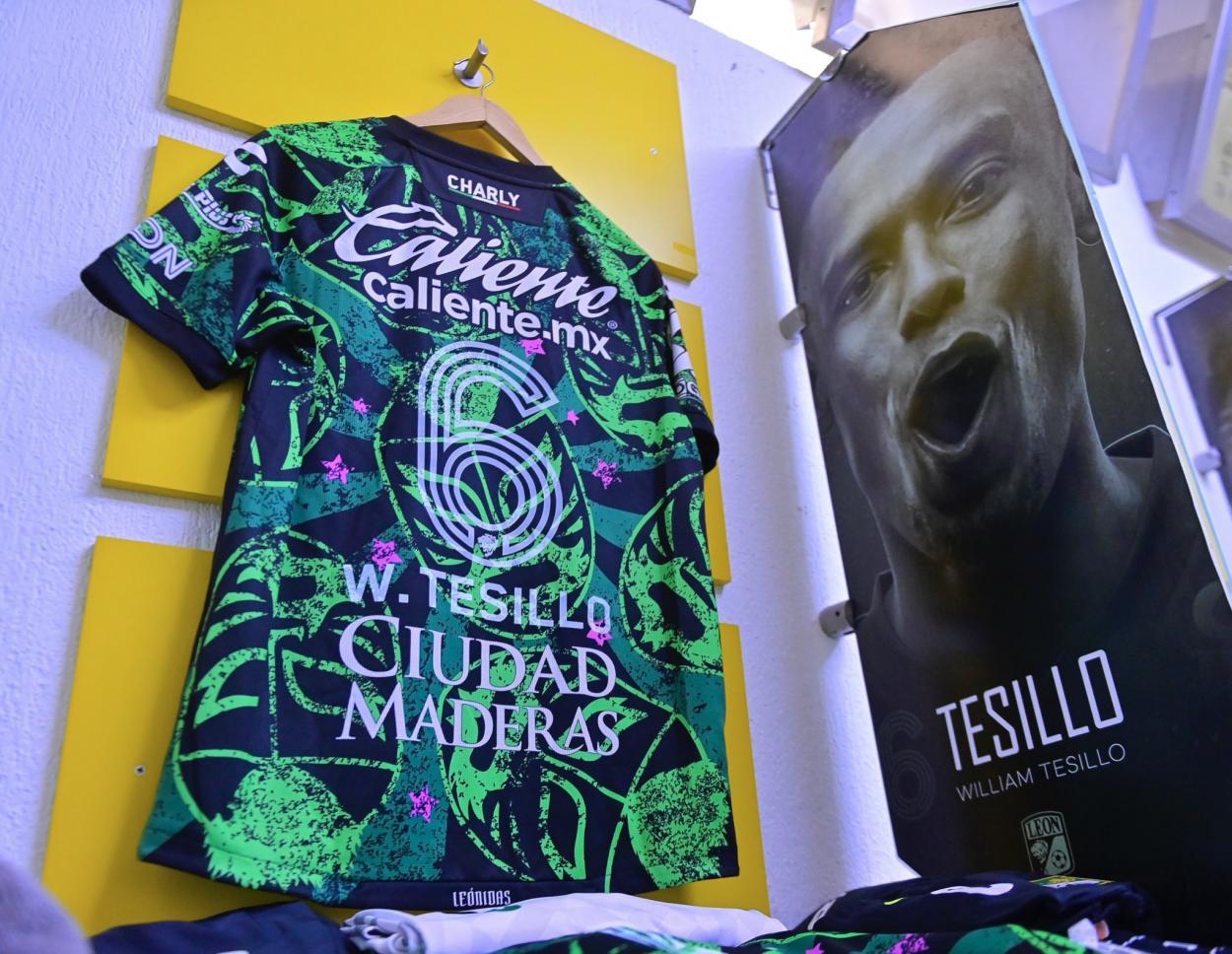 The Tuzos del Pachuca have been one of the pleasant revelations in the championship with two victories over San Luis and Chivas, and will be looking to keep the momentum going to remain at the top of an early Clausura 2022 in Liga MX.
6:30 PM4 months ago

León has not had a bad start to matches, but has not had the ability to hold on to leads and has drawn 1-1 against both Xolos de Tijuana and Rojinegros del Atlas, just last Wednesday.
6:25 PM4 months ago

One of the clashes of the siblings in Liga MX will take place this Saturday when La Fiera del León seeks its first victory of the championship against the in-form Tuzos del Pachuca. We begin with VAVEL's coverage of the game.
6:20 PM4 months ago

Do not miss a detail of the match with the live updates and commentaries of VAVEL. Follow along with us all the details, commentaries, analysis and lineups for this Leon vs Pachuca match for the Liga MX 2022.
6:15 PM4 months ago

What time is Leon vs Pachuca match for Liga MX?

This is the start time of the game Leon vs Pachuca of 8th January in several countries:

La Fiera has dominated the last five matches against the Tuzos with a balance of three wins, one draw and one defeat, although in their most recent match they suffered a painful defeat.

After shining with Atletico de San Luis and having a very complicated previous tournament where he was unable to establish himself with Paulo Pezzolano, this season Nicolas Ibañez is expected to show a better level and, for now, he has already scored two goals in the first match against his former team.
6:00 PM4 months ago

The tournaments go by and the Ecuadorian Ángel Mena continues to be the vital piece of the team's offense, which, in fact, has already made its debut in the current championship by scoring last Wednesday against Rojinegros del Atlas.
5:55 PM4 months ago

It should be noted that the Bella Airosa's coach, Almada, will not be present in the next two games after being sent off against Chivas after shouting "Thief" at the referee; the board filed an appeal, which did not proceed and was rejected.
5:40 PM4 months ago

Perhaps the only thing that the Pachuca Tuzos were missing was a piece in the technical direction and with Guillermo Almada it seems that they have achieved it, at least in the first two dates with victories over San Luis and Chivas; now they will look to demonstrate that they are serious about this season and give a blow of authority in their visit to Guanajuato.
5:35 PM4 months ago

León will be looking to take advantage of their double home advantage in a row as, after hosting Atlas last Wednesday, they will be looking for revenge against the Tuzos, their brother team, who gave them a good shake last season in what was Ariel Holan's debut.
5:30 PM4 months ago

The Leon vs Pachuca match will be played at the BBVA Stadium, in Monterrey, Mexico. The kick-off is scheduled at 20:06 pm ET.
5:25 PM4 months ago

Welcome to VAVEL.com’s LIVE coverage of the Liga MX: Leon vs Pachuca!