Thank you for watching today's match in VAVEL, see you in a minute!
2:52 PM4 months ago

Hightlights of the match

The 5 goals of the match!

Back to their free-flowing best 🔥 as @FCBayernEN secure a comprehensive win to solidify their position at the 🔝 of the table.#BSCFCB pic.twitter.com/1OOntmPAF8

Bayern dominate the match completely, with expected goals of 5.6, could have scored more but Schwolow was brilliant with many saves!! Bayern leaves with a win!!
2:26 PM4 months ago

Min 89: Goal from Bayern but it was ofside!!

Sane outside the box, he hits it and to the top corner and Schwolow stayed still!! but the goal was offside!!
2:20 PM4 months ago

A mistake from the defendes, Neuer comes out really bad and Ekkelenkamp chips it!! his first touch of the ball!!
2:17 PM4 months ago

A great pass from Kimmich, arrives at Gnabry and he crosses his shot to the far post and scores!!
2:14 PM4 months ago

A chip from Gnabry it was going in and Gechter clears it on the line!!
2:11 PM4 months ago

A mistake from Schwolow, he passes it straight to Sane and he taps it in!!
2:06 PM4 months ago

Changes for Bayern and Hertha

A ball into the small area that Muller hits it and Schwolow saves it with the legs!!
1:56 PM4 months ago

A pin point cross from Belfodil arrives at Darida and he misses, he was all alone!!!
1:43 PM4 months ago

Sane hits it from longe range and Schwolow parries it away!!
1:40 PM4 months ago

A fantastic first half for Bayern, they could have scored 4 or 5, but also Schwolow had a good half, saving 3 clear chances, but it wasn't enough for Hertha's goalkeeper, and they are 2 goals down!!
1:21 PM4 months ago

A free kick from Kimmich it arrives at a lonely Muller without a player marking him and he taps it in!!
1:12 PM4 months ago

A Gnabry cross that Lewandowski barely arrives and Schwolow takes it out with the tip of his hand!!
1:00 PM4 months ago

A great cross from the left from Coman, and Tolisso heads it in!!
12:57 PM4 months ago

Min 20: Another save from Schwolow!!

A low cross that is close to the goal is pushed by Lewandowski and Schwolow with his feet!!
12:46 PM4 months ago

A shot from outside the box, that the goalie clears and the defense sends it out!!
12:38 PM4 months ago

And the goal was offside!!

Muller puts a ping in the area and Tolisso volleys it in!!
12:35 PM4 months ago

Bayern have a big domination!

Bayern and Hertha have faced each other 20 times in the last 11 years, and Bayern have won 15 out of those 20 times! They have drawn 4 times and Hertha has only won once! The victory was back in September 2018, Hertha beat Bayern 2-0. Will Hertha get another win today?
12:13 PM4 months ago

A superstar is back

The french superstar for Bayern Kingsley Coman is back in the starting XI! he missed the last 3 matches because he got injured in the win against Stuttgart 0-5, and he is back today! will he do good against Hertha? 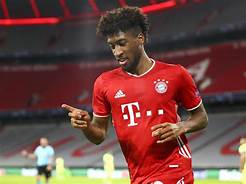 Hertha where playing without a big name, and it is Stevan Jovetic, he is another top scorer of the team with 5 goals, but he was out, and he is in the substitute bench again, will he come on? 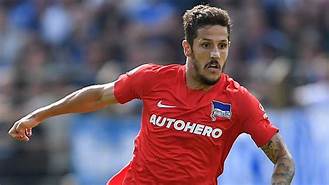 The players are ready!

Bayern has 4 players out!

Bayern will not count with these players: Alphonso Davies has a heart condition, Leon Goretzka has hip problems, Eric-Maxim Choupo Moting was called for the national team, as well as Bouna Sarr
11:40 AM4 months ago

Hertha will be without these players: Rubén Werthmuller has an unknown injury, Rune Jarstein had knee surgery, Oliver Christensen and Fredrik Andre Bjorkan have coronavirus.
1:48 AM4 months ago

Bayern are looking for another title!

The German giants are right now on first place, as mentiond, and obviously they are the giants because they are the biggest winners in Germany, and they have won 9 titles in a sequence, the last time they didn't win was in 2011, when Dortmund won the league. Will this league be for Bayern, or will Dortmund win it?
1:43 AM4 months ago

Hertha look for an important win!

Hertha have had a struggle of a season, with important players leaving the club like Krystof Piatek, Dodi Lukebakio, Javairo Dilrosun, Deyovaisio Zeefuik and one of the most important ones that recently left, and that is Matheus Cunha. This season has been bad, it could be better because they have a lot of good players. This season they have won 6 matches, drawn 4 times and lost 9 times. The important win would be beating Bayern, because some matches ago they beat second place Borussia Dortmund. Can they win against two of the biggest teams in Europe?
1:38 AM4 months ago

Tune in here Hertha vs Bayern

In a few moments we will share live the starting eleven of Hertha vs Bayern, as well as recent information of the Olympiastadion. Do not lose detail of the game with the minute by minute in VAVEL.
1:33 AM4 months ago

The Polish 33 year old striker is having a blaster of a season, like every season wherever he plays, because he is one of the best strikers in the world, if not the best. Right now he has scored 23 goals and 1 assist in 19 matches, being the top scorer in the Bundesliga, he will probably score tomorrow. 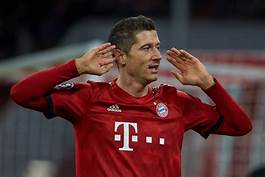 The 25 year old german forward has had a decent season as of now. He has played all 19 matches for Hertha and he has scored 5 goals, being the top scorer of their team, will he score in tomorrow's match? 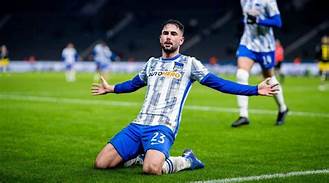 When and where to watch Bayern vs Hertha

The match will be broadcast in FOX Sports and ESPN 3, but if you want to watch it live and online VAVEL is your best option.
12:53 AM4 months ago

Bayern come from a comfortable win!

The Bavarians are having an insane season, right now they are in first place, having scored 61 goals and only conceding 18, and last match they didn't concede any, winning 0-4 against a strong Koln, will they win tomorrow again?
12:48 AM4 months ago

Hertha Berlin come from a draw!

Tayfun Korkut's team played in matchday 19 against Wolfsburg, and they couldn't score, as well as Wolfsburg, it was a match with a couple of clear chances, but none of them went in. Hertha are right now in 13th place, if they win tomorrow they can go up to 11th place, will they win?
12:43 AM4 months ago

The Olympiastadion located in Berlin, Germany will be the stadium that will house the match between Hertha and Bayern  corresponding to matchday 20 of the Bundesliga. This stadium has space for 74,475 people.
12:38 AM4 months ago

Welcome to the transmission of the Hertha vs Bayern match corresponding to the 20th matchday of the Bundesliga. The venue of the match will be at the Olympiastadion.