We hope you enjoyed the QPR vs Swansea City matchday 23 of the Championship. Continue to visit the VAVEL portal to keep up to date with all the information that comes up throughout the day.
5:39 PM4 months ago

The match ends from London, QPR draws goalless with Swansea City in a duel without many emotions.

Smith headed over from the corner, but his effort went over the crossbar and Swansea failed to open the scoring.
4:57 PM4 months ago

Austin tries to get a shot off from outside the box but the ball crashes into the defensive backline.
4:51 PM4 months ago

The second half begins, QPR will be looking for a home win against Swansea, however, the visitors will be looking to spoil their party and take all three points.
4:31 PM4 months ago

First half ends from London, QPR draw 0-0 with Swansea City, both clubs have generated very little at the moment.
4:14 PM4 months ago

THE QPR WAS ALERTED AGAIN! Odubajo sent in a dangerous cross that went all over the area, but no one managed to make contact with the ball.
4:00 PM4 months ago

First warning from Swansea! Piroe shoots and tries to put the ball into the net, but the goalkeeper makes a good save.
3:55 PM4 months ago

The first one almost fell! Willock sent the first shot in the match but his attempt went into the stands.
3:46 PM4 months ago

The game kicks off in London, QPR welcomes Swansea in the rescheduled Championship match, the locals today could climb up to second place overall.
3:32 PM4 months ago

8 wins, 7 draws and 9 defeats: these very disappointing results have taken Swansea City to only 17th place in the Championship with 31 points. This team is most vulnerable from 46-60 minutes of the match, having conceded 6 goals. The team's performance is also poor: 1.2 goals, on average, scored per game. It is difficult to say what they will show in the next match, so it remains only to see.
3:26 PM4 months ago

To achieve success in the Championship tournament, you have to show your full potential in every game. The team's efforts are now enough to win 14 games after 26 matches. The team lost 7 games and drew 5 times. This allowed them to get 47 points and occupy the 4th place in the table. It is worth mentioning the good statistics of home matches: 1.3 goals they score on average, and only stats.0.goalsAgainst.home.value they concede. They represent the greatest danger for their opponents after 76-90 minutes of the match. During this period they scored 8 goals. With such indicators, they should definitely win.
3:25 PM4 months ago

The next opponents played 20 matches against each other. Queens Park Rangers was able to win 7 games, while Swansea City celebrated victory 7 times. By the way, draws between teams were recorded 6 times. The last time the teams played was April 20, 2021, the match ended with the score 0:1. Difference of goals scored 26-25. Let's pay attention to the state of the teams to understand what we can expect from the future meeting between the two and propose possible scenarios.
3:15 PM4 months ago

Swansea is in the bottom half of the table, still far from the relegation positions, but if they continue with the losing streak they have been on for the last few games, the team will soon fall to the bottom of the table.

During their last match they achieved an important victory, the same one that they had not achieved for three dates before and that allowed them to breathe again.

Regardless of the current performance, it should be mentioned that Swansea has some suspended matches due to the covid pandemic, so the hopes of getting into the playoff positions should still be alive.

Qpr is one of the three teams with a winning streak of 4 consecutive matches in the last dates, and a total of 10 matches scoring points out of the last 12.

In their last game, and despite not having the most shots on goal, the team was able to beat Coventry late in the game, thanks to a goal scored by Albert Adomah.

They also played their Fa Cup match against Rotherham, where they won on penalties and will now have to face Peterborough in the round of 16.

THIS IS HOW SWANSEA CITY IS GOING OUT

This is the starting eleven that the visiting team sends to get the three points against QPR.

Here's how the #Swans line up for this evening's @SkyBetChamp match against @QPR.

THIS IS HOW THE QPR COMES OUT

These are the 11 men that QPR sends to the field in search of the three points at home and climb positions. 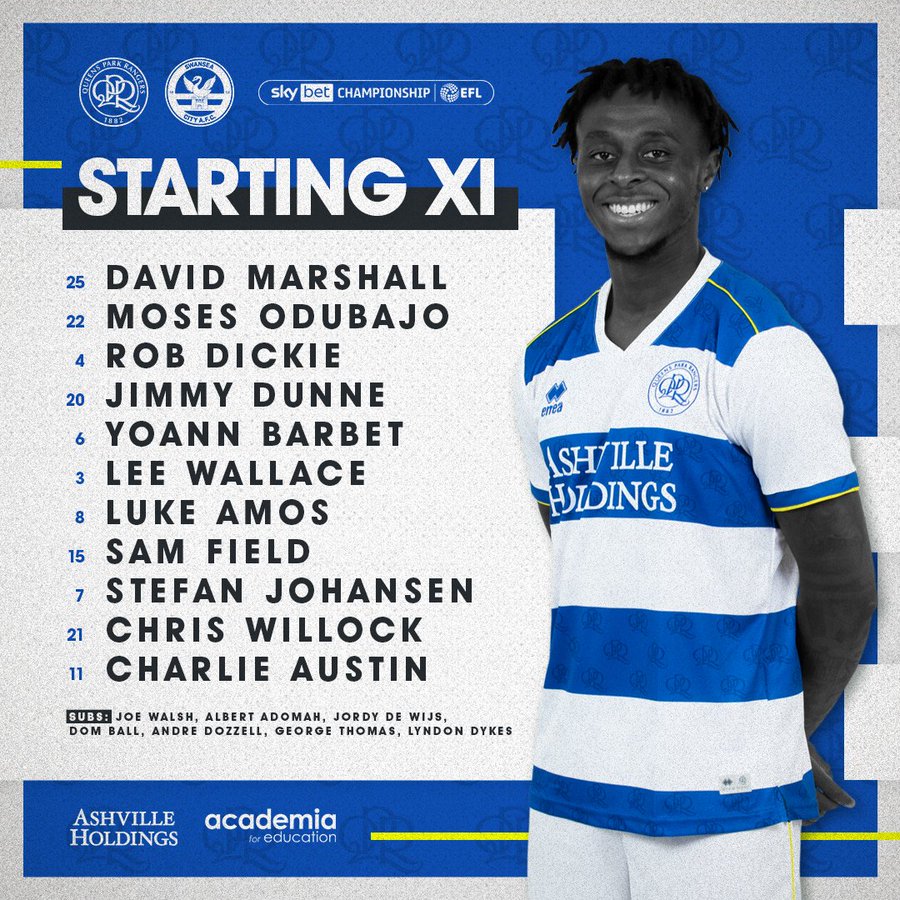 A FORTRESS AT HOME

The match will be played at the Kiyan Prince Foundation Stadium, home of Qpr and where they have earned most of their points.

Qpr's current situation is excellent, they are in the fourth position of the tournament, currently entering the playoffs that grant promotion, and only two points behind the second placed team that is directly promoted to the Premier League.

The wait is over in England, QPR faces Swansea City in the rescheduled match of a few weeks ago, the locals will seek to take the three points and thus sneak into second place in the overall standings.
8:23 PM4 months ago

Do not miss a detail of the match with the live updates and commentaries of VAVEL. Follow along with us all the details, commentaries, analysis and lineups for this QPR vs Swansea match.
8:18 PM4 months ago

What time is QPR vs Swansea match for Football League Championship?

This is the start time of the game QPR vs Swansea of 25th January in several countries:

Watch out for this Swansea player:

One of the fundamental pillars in Swansea City, Ryan Manning will be the player to follow. The center back has played 1837 minutes, which have been divided in 22 games, 2 goals and 4 assists, also, 5 yellow cards. Last game, he collaborated with the only goal of the game for his team to get the three points, so in this match he will have to be watched at all times. 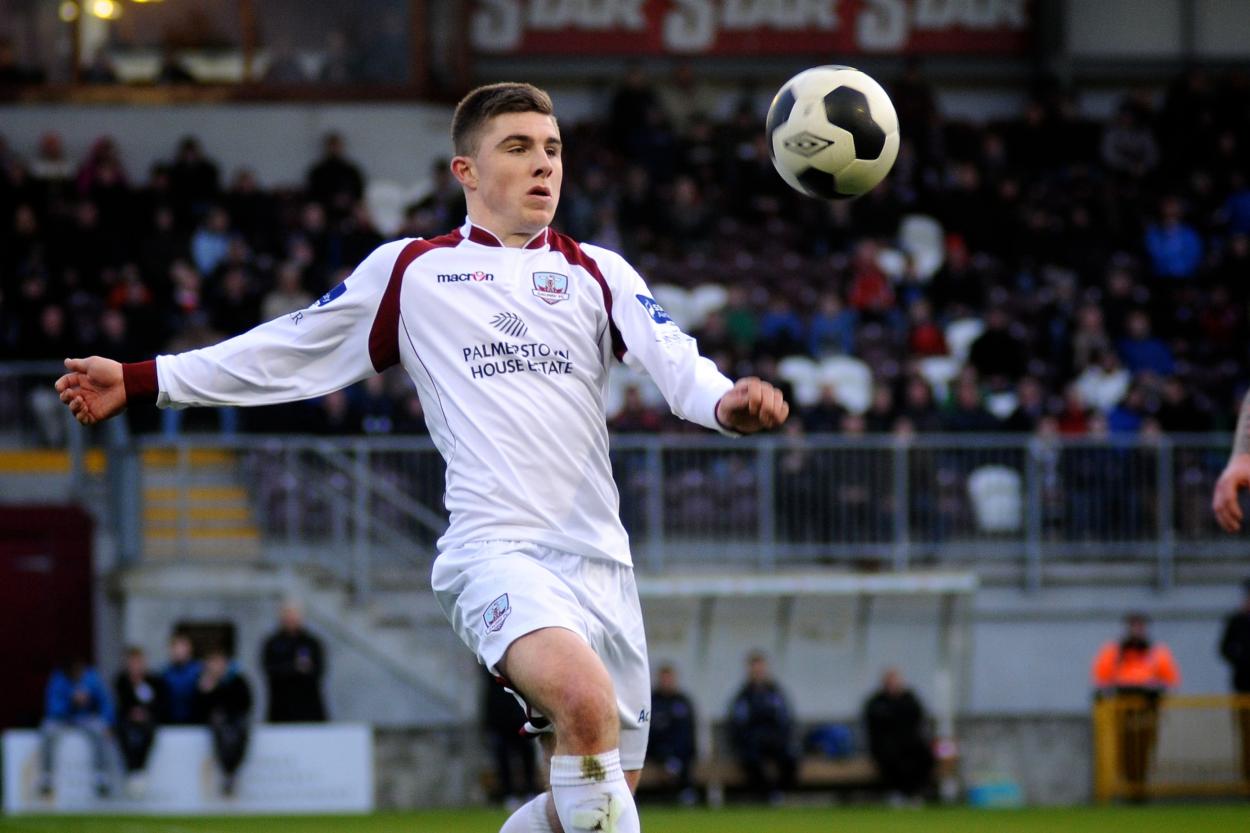 Jamaican, Andre Gary, will be the player to watch for QPR. The striker has played 650 minutes so far this season as he has not been with the club for long, in those minutes he has played 15 games, 5 goals and 2 yellow cards. Last game he collaborated in his team's victory, so he will be important for this game and a key player to follow during the 90 minutes. 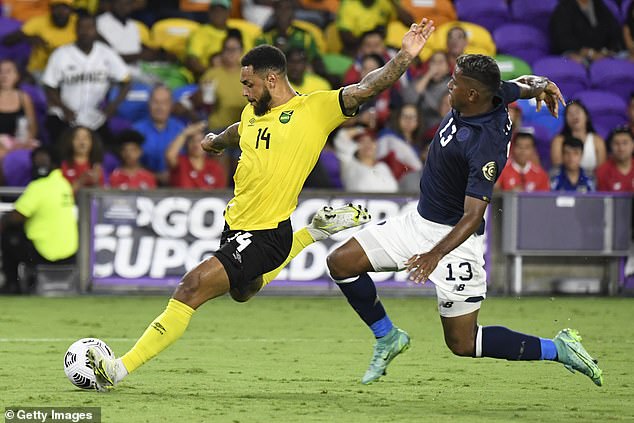 QPR and Swansea have met on a total of 35 occasions (15 wins for QPR, 10 draws and 10 wins for Swansea) where the balance is slightly in favor of the home side. In terms of goals, QPR is slightly better with 45 goals scored to Swansea's 42. Their last meeting dates back to the 43rd matchday of the previous season where Rangers came away with the victory.
7:48 PM4 months ago

Kiyan Prince Foundation Stadium (formerly known as Loftus Road) is a soccer stadium located in London (England, United Kingdom). It was opened in 1904 and has a capacity of 18,200.

It was inaugurated on October 22, 1904. Its first owner was the Shepherd's Bush Football Club, a team that disappeared in 1915. Two years later Queens Park Rangers took over the stadium.

In 1938 it was renovated, building a covered stand for 6000 spectators. On October 5, 1953 artificial lighting was inaugurated in a match against Arsenal. In 1968 the South Africa Road Stand was built and two years later the Ellerslie Road Stand.

On 27 April 1974 a record attendance was recorded when 35,353 people watched a match against Leeds United FC.

In 1980 the Loftus Road End Stand was built. In 1994 the last refurbishment was made and seats were put in all seats, bringing the capacity of the stadium to 18,200.

In 2002 the stadium was also used by Fulham Football Club, for the duration of the reconstruction of its stadium (Craven Cottage), until June 30, 2004. In 2019 it is renamed the Kiyan Prince Foundation Stadium.

To get out of the bottom of the table.

On the other hand, Swansea is at the bottom of the general table with 31 points, which places them in 17th place in the general table, they have won 8 games, drawn 7 and lost 9, they also average 28 goals for and 32 goals against, a situation that leaves them with a negative -4 difference. They won the last match, however, the points and the remaining matchdays will no longer give them to fight for a place in the Premier, so they will play each matchday the goal of climbing to mid-table and not be in the last places.
7:38 PM4 months ago

Looking to break into the top 3

QPR is currently in fourth place in the overall table with 47 points from 14 wins, 5 draws and 7 defeats, and averages 40 goals scored and 31 goals conceded, leaving them with a 9-goal difference in their favor. With one game left to play against Swansea, QPR is still alive with hopes of promotion to the Premier League and being only two points behind the 3rd and 2nd place overall, so if they win this game, they could move up to second place overall and would be 7 points behind the overall leader; Fullham.
7:33 PM4 months ago

The mid-season is approaching in the Championship and teams are starting to prepare to fight for promotion to the golden division; the Premier League, while others are looking to have a worthy end to the championship and remain in the silver division with the goal of being in the First Division one day. On the one hand, QPR is 4th in the overall table and dreams of returning to the Premier League after a long period of absence, so this match will be very important because if they get the three points, the team would get into the top three places and the dream of returning to the top circuit would be closer to materialize. On the other hand, Swansea has no more hope of achieving the dream, as they are in 17th place in the general table and with almost half of the campaign advanced, it is impossible for them to overcome this adversity, so the Swans will play for the pride of the three points.
7:28 PM4 months ago

The QPR vs Swansea match will be played at the Kiyan Prince Foundation Stadium, in London, England. The kick-off is scheduled at 14:45 am ET.
7:23 PM4 months ago

Welcome to VAVEL.com’s LIVE coverage of the 2022 Football League Championship: QPR vs Swansea!