Thank you for following the Asian qualifiers with the game between Saudi Arabia and Oman.
3:07 PM4 months ago

Khalid Al-Hajri's long-range shot is saved by the Arabian goalkeeper.
2:57 PM4 months ago

Ali Al-Hassan in, Fahad Al-Muwallad out

A counter-attacking move by Arabia that had to be stopped by the referee due to a heavy clash of heads in the opponent's area.
2:37 PM4 months ago

Khalid Al-Hajri's set-piece is headed off the line in an awkward manner. Oman continues to look for an equalizer.
2:32 PM4 months ago

Said Al-Alawi wins the position inside the box, but his header goes into the goalkeeper's hands.
2:22 PM4 months ago

Close corner kick by Oman that the referee calls a foul inside the six-yard box on the goalkeeper.
2:17 PM4 months ago

Al-Hajri and Zahir Al-Aghbari are in.

Firas Al-Buraikan takes advantage of the goalkeeper's rebound and sends the ball into the net for 1-0.

The second half begins between Saudi Arabia and Oman.
2:02 PM4 months ago

Abdulelah Almalki's mid-range shot is saved by the goalkeeper.
1:52 PM4 months ago

The referee indicates that there was offside before, so there is no penalty.
1:42 PM4 months ago

The referee awards a penalty kick to Saudi Arabia.
1:37 PM4 months ago

Feras Al Brikan's cross beats the goalkeeper, but his contact goes wide and wide of the goal.
1:32 PM4 months ago

Close corner kick from Oman's left side, but Mohammed Al-Owais is fouled.
1:27 PM4 months ago

Abdullah Fawaz's cross shot passes through the six-yard box without finding a recipient.
1:22 PM4 months ago

A cross to the near post is easily controlled by Mohammed Al-Owais.
1:12 PM4 months ago

For a strong impact on the opponent's head, Yasir Al-Shahrani of Saudi Arabia is shown the yellow card.
1:07 PM4 months ago

Munzer Al-Alawi takes the first shot of the game for the visitors, but it goes wide.
1:02 PM4 months ago

Arshad Al-Alawi, Oman player, has been cautioned.
12:57 PM4 months ago

Dangerous service to the near post controlled by goalkeeper Faiyz Al-Rushaidi.
12:47 PM4 months ago

Arabia fails to penetrate and gives the ball away.
12:42 PM4 months ago

Saudi Arabia dominated the ball for the first few minutes, but were not yet dangerous in the last part of the field.
12:37 PM4 months ago

The game between Saudi Arabia and Oman is underway.
12:32 PM4 months ago

We are minutes away from the start of the game between Saudi Arabia and Oman in the Asian qualifiers for Qatar 2022.
12:27 PM4 months ago

In the most recent four games between these two teams since 2009, only 4 games have been played and 3 of them occurred in the 2009 friendly, which is why a close game could be expected.
12:22 PM4 months ago

These are the different schedules for the game between Saudi Arabia and Oman:

Wherever you are, set up your watch on kick-off time ⌚️#GreenFalcons pic.twitter.com/rHsPdZ8bTA

How is the day going?

These are the results so far in the Asian qualifiers:

UAE goes on to defeat Syria 2-0 in the second half.

Getting out of the slump

Meanwhile, Oman has won only one of its last five elimination games and that was on October 12 when it defeated Vietnam 3-1.
11:47 AM4 months ago

Saudi Arabia is undefeated in the three home games it has played in the third phase, with a perfect record of victories over Vietnam, Japan and China.
11:42 AM4 months ago

Saudi Arabia and Oman close out a thrilling Asian qualifiers that could define many things going into the final stretch. We begin with VAVEL's coverage of the game.
11:37 AM4 months ago

Do not miss a detail of the match with the live updates and commentaries of VAVEL. Follow along with us all the details, commentaries, analysis and lineups for this Saudi Arabia vs Oman match for the 2022 World Cup Qualifiers.
11:32 AM4 months ago

What time is Saudi Arabia vs Oman match for 2022 World Cup Qualifiers?

This is the start time of the game Saudi Arabia vs Oman of 27th January in several countries:

The balance in the last five matches between these two teams has been very close, with two wins for Arabia, in exchange for two draws and one loss, although the last few times Arabia has played at home it has not been able to win.

The average goal conceded per game has not been too bad as, in six games, he has allowed seven goals and on some occasions goalkeeper Faiyz Al-Rushaidi has been key to prevent his goal from being conceded on a greater number of occasions. 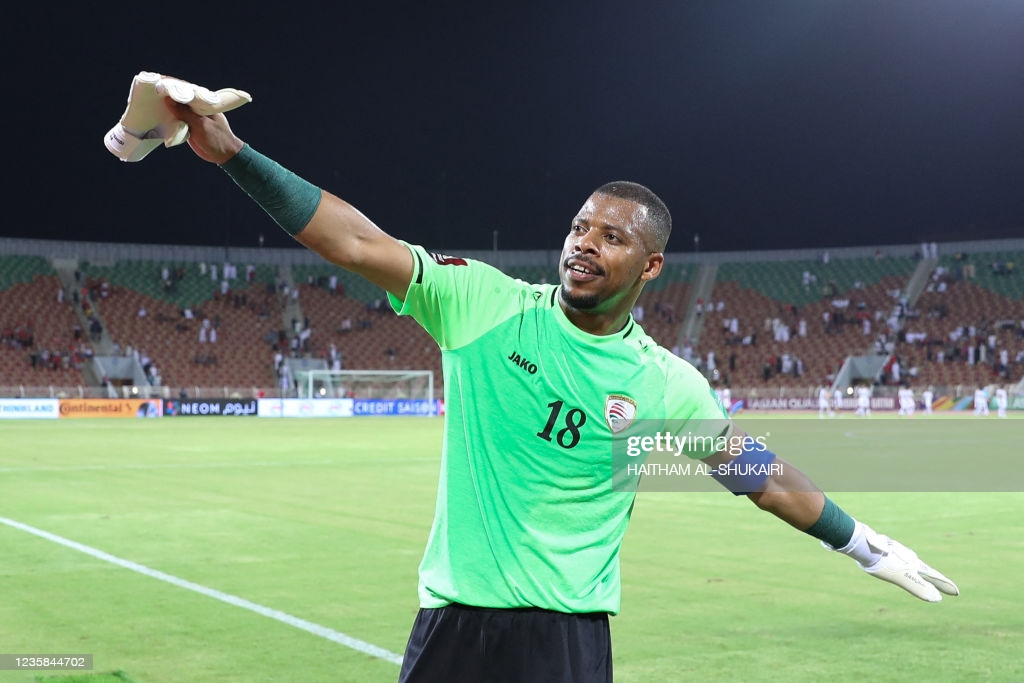 Abdulellah Al-Malki has been one of the leaders of the qualifiers with 3 assists, which have been key to obtain positive results. 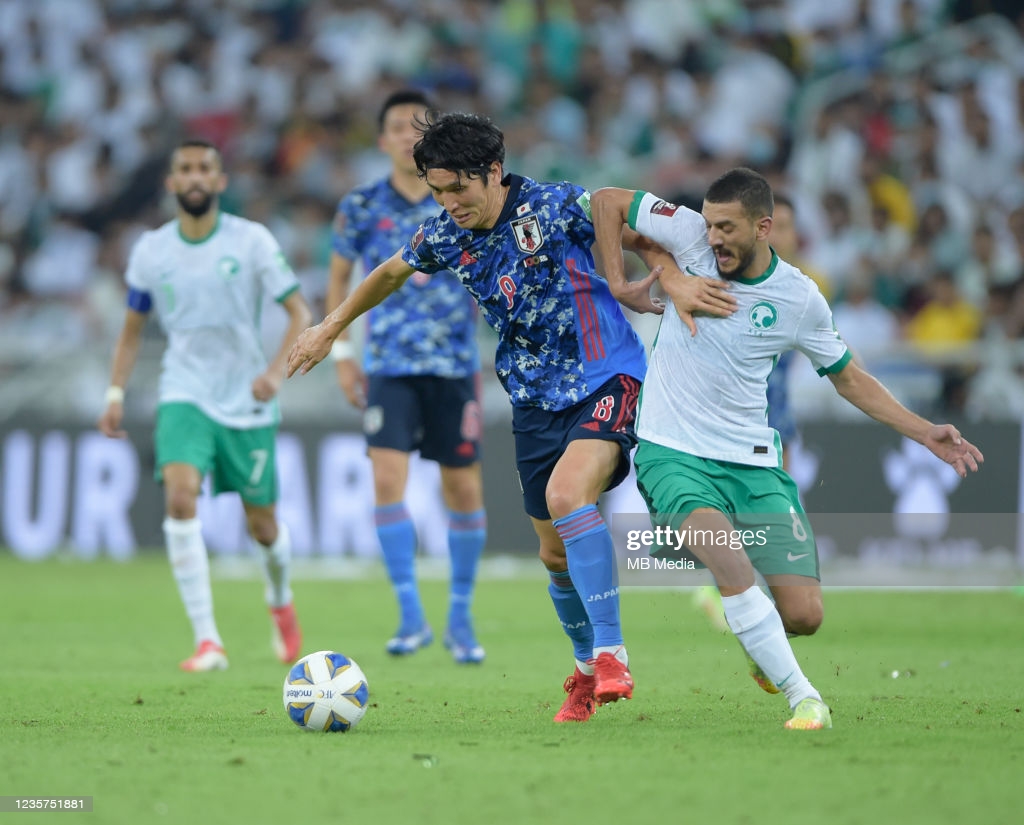 Although it has not been the best of the qualifiers, Oman is still alive to qualify and this is the key game they will have to win against the qualification leaders, especially to catch up with Japan and Australia. In the last window they drew 1-1 with China, but lost at home to the Japanese by the narrowest of margins.
10:57 AM4 months ago

Saudi Arabia is just one win away from clinching its place in this year's World Cup and could do so with a victory. It is worth noting that they have not lost in the last phase of the qualification process and in the most recent FIFA Date they drew a goalless away draw against Australia and won away against Vietnam by the minimum difference.
10:52 AM4 months ago

How is qualification going?

Only six teams are playing for a place in the next round, with Saudi Arabia leading the way with 16 points and Oman, still alive, in fourth place with 7 points, four points behind Australia and five points behind Japan, third and second place respectively.
10:47 AM4 months ago

The Saudi Arabia vs Oman match will be played at the King Abdullah Sports City Stadium, in Yeda, Saudi Arabia. The kick-off is scheduled at 12:15 pm ET.
10:42 AM4 months ago