Thank you very much VAVEL friends for joining us this morning.

Good morning to all!

Australia wins and maintains the hope of qualifying for the 2022 Qatar FIFA World Cup. 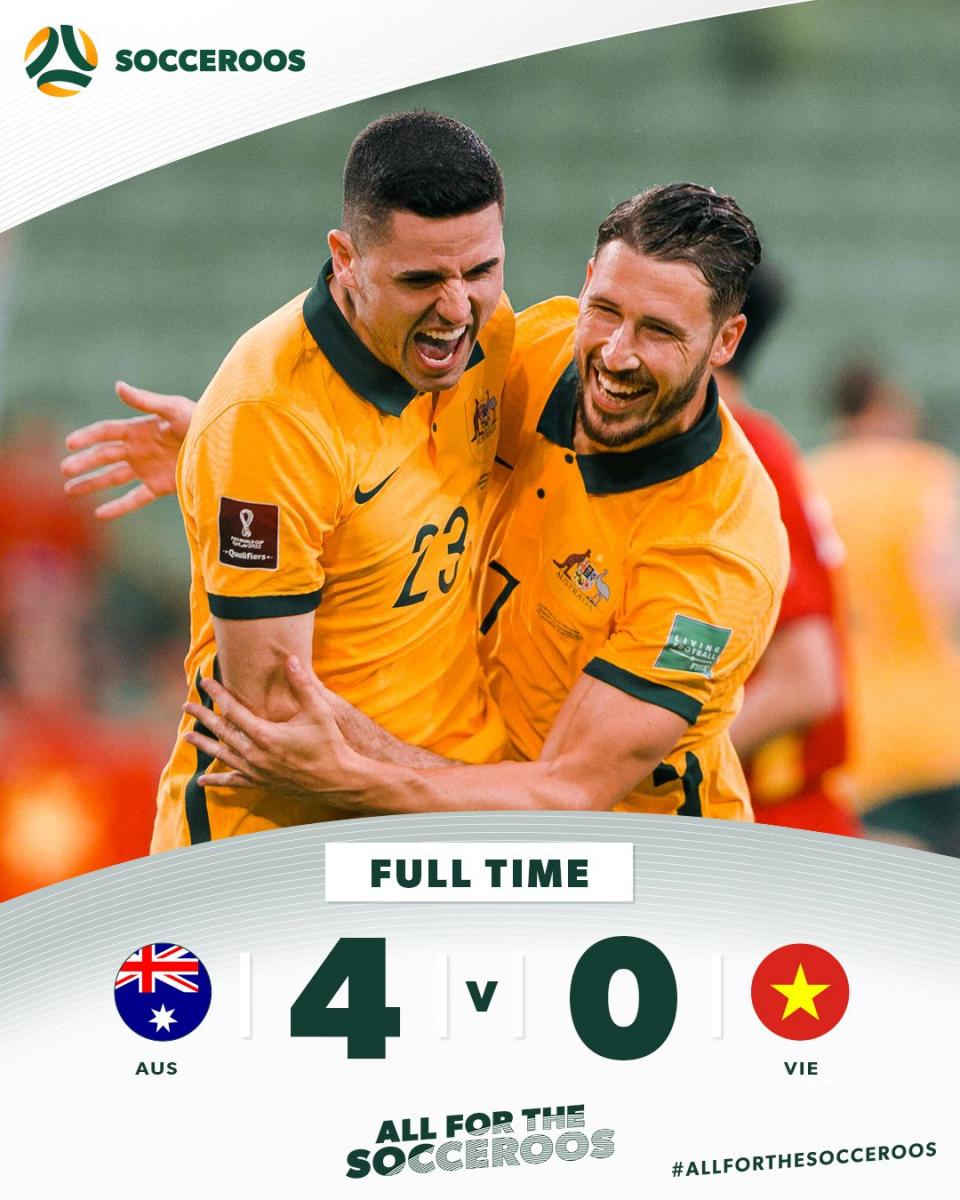 Corner kick for Australia.
7:01 AM4 months ago

Here come Jeggo and Tilio, the latter to make his international debut. Off go Mooy and Martin Boyle.
6:56 AM4 months ago

What a strike from McGree! He finds the bottom corner with a fierce low drive, having been fed by fellow substitute Goodwin!

Time for Rogic to head off. The playmaker is replaced by Riley McGree.
6:46 AM4 months ago

Ryan pumps a long ball upfield which somehow finds its way through to Goodwin, who runs onto it and executes a lovely dinked finish over the onrushing keeper!

It’s time for Australia to make a change. Maclaren and Leckie are replaced by Duke and Goodwin.
6:36 AM4 months ago

Best chance of the night for Vietnam so far! Nguyen Cong Phuong, who is only denied by a brilliant save by Maty Ryan!
6:31 AM4 months ago

Before the corner is taken, the visitors make another change - Nguyen Phong Hong Duy comes on.
6:26 AM4 months ago

Pham Tuan Hai nearly gets a boot on a near-post cross, but Ryan is there first and clears the danger.
6:21 AM4 months ago

Corner kick for Australia.
6:16 AM4 months ago

A warning shot there from Vietnam.
6:11 AM4 months ago

Australia win an early corner kick.
6:06 AM4 months ago

Vietnam have made three changes at the break, in a bid to shake things up.
6:01 AM4 months ago

The referee whistles and the second half starts!
5:56 AM4 months ago

Australia is winning at halftime: 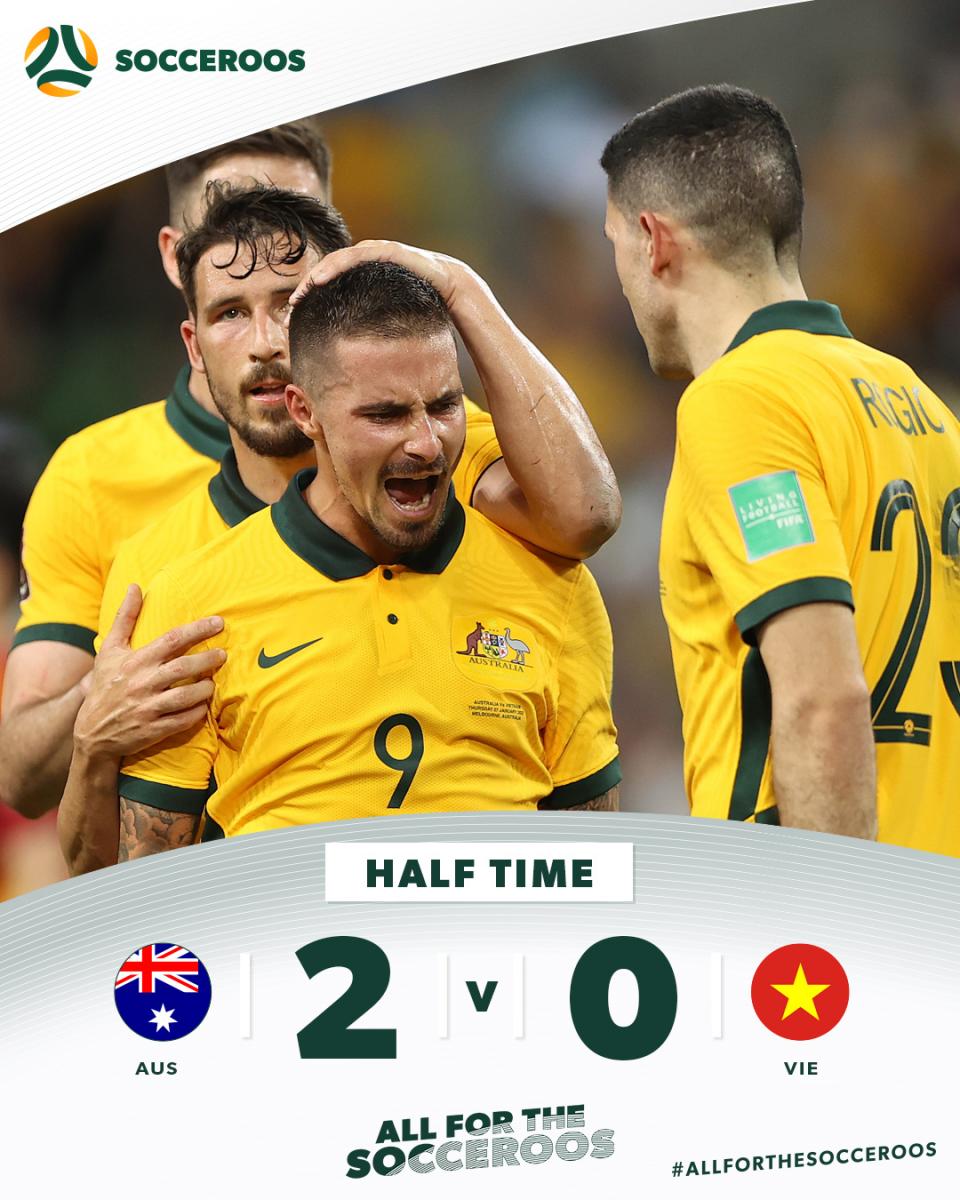 End of the first half:

Rogic scores the second Goal. He ends up shooting inside the area before the goalkeeper exits, after a great filtered pass from Leckie.

Mathew Leckie has been shown a yellow card for a hard foul on Nguyen Quand Hai, whom he knocks down just as he tries to cross midfield.
5:26 AM4 months ago

Shot on goal for Vietnam. Good for the visitors, as they create a scoring opportunity, the first of the night. But Phan Van Duc's effort is weak and easy for Ryan to handle.
5:21 AM4 months ago

Boyle does well to get to Maclaren’s deep cross and play the ball back across the face of goal for Leckie, who controls, spins and fires! Well blocked!
5:16 AM4 months ago

Maclaren rises on his own, receiving a precise cross from Rogic, and finishes off with a resounding header that hits the back of the net at the left post.

Here is the first yellow card of the night for Pham Xuan Manh, who goes too far in a tackle and catches Rogic.
4:56 AM4 months ago

Corner kick for Vietnam.
4:51 AM4 months ago

Karacic again gets forward well as the Socceroos press forward once again.
4:46 AM4 months ago

Corner Kick for Australia.
4:41 AM4 months ago

Start the Game in Melbourne.
4:36 AM4 months ago

Vietnam and the dream of attending a FIFA World Cup

While for Vietnam, the dream of attending a World Cup looks increasingly distant. However, the mathematical possibility still exists and we will see what they are capable of in Melbourne this morning.
4:31 AM4 months ago

Australia will endeavour to march to a simple three points in World Cup 2022 Qualifying when they welcome Vietnam to Melbourne for Thursday's AFC third-round tie.

Graham Arnold's side currently occupy third spot in the section - which would lead to a place in the fourth round - while the visitors enter the contest without a single point to their name. 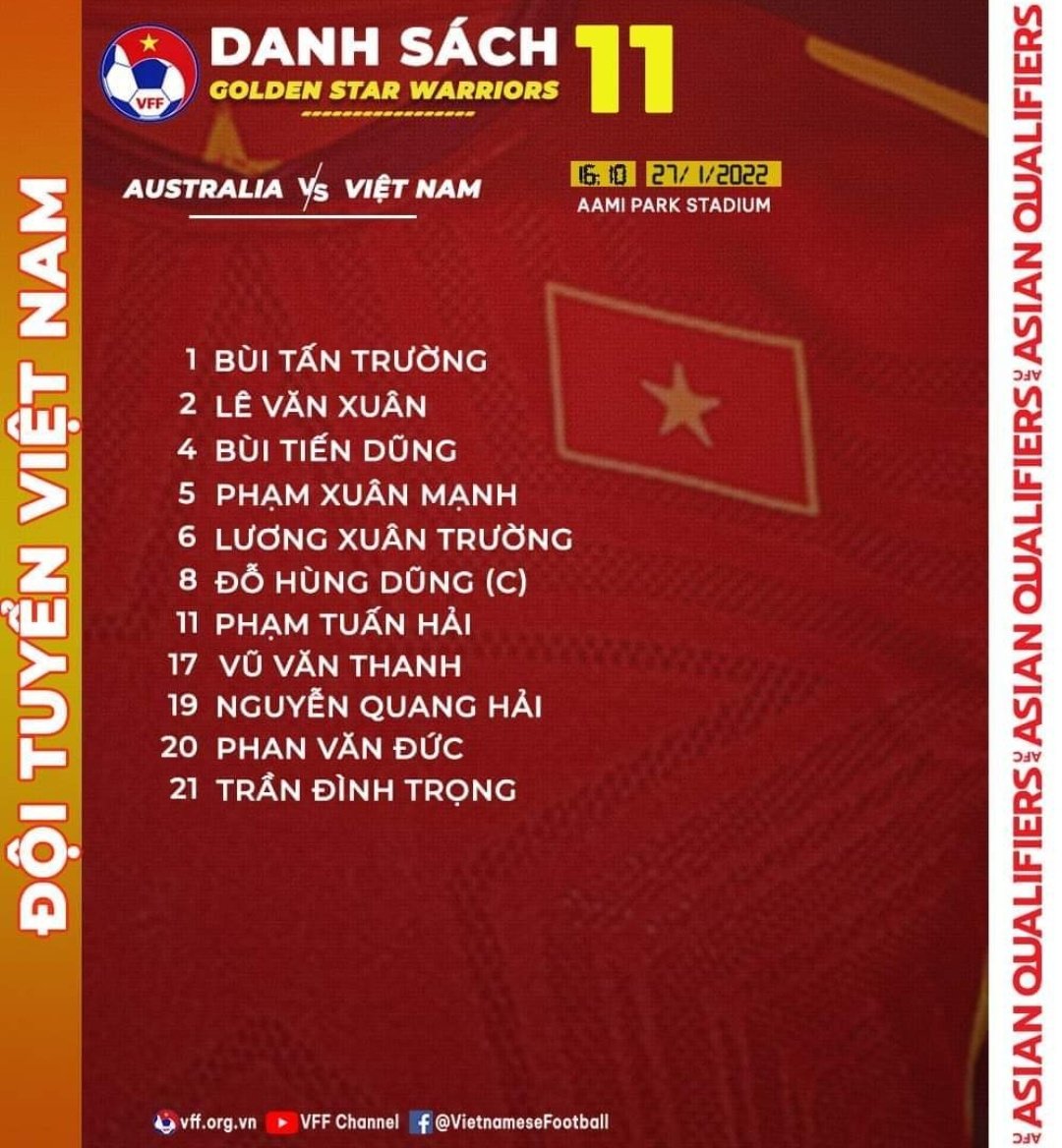 Australia will wear its traditional uniform this morning

The home team will wear its first uniform for this match. It is a beautiful design, very attached to its tradition and its colors. 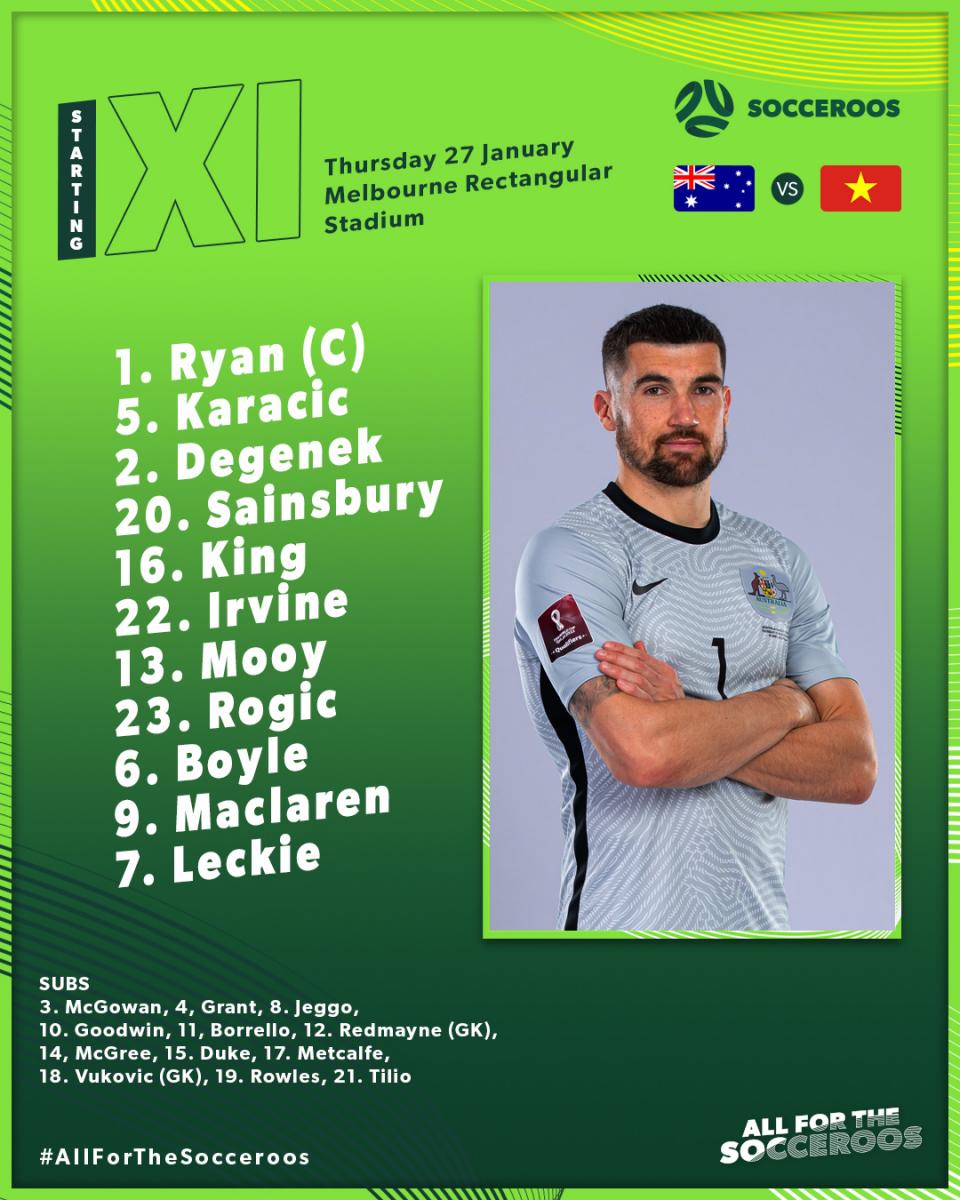 As for Vietnam, both Tuan Anh Nguyen and Thanh Chung Nguyen are suspended for this match after receiving their second yellow cards last time out, although the former was not even called up for this round of matches.

Thanh Chung's place at the back could be taken by Dung Tien Bui alongside Thanh Binh Nguyen, as 60-cap center-back Ngoc Hai Que remains absent from the squad.

Mathew Ryan and Aziz Behich will reportedly only have one training session with the Socceroos ahead of Thursday's match due to late arrivals from Europe, so there may be room for left-back Joel King to get a few minutes in this match. .

Talented Australian playmaker Ajdin Hrustic will miss this game via suspension due to an accumulation of yellow cards, so Tom Rogic or Aaron Mooy could take his place behind Duke this morning.

Coach Graham Arnold is highly unlikely to name an inexperienced team given the team's need for points from him, as Martin Boyle and Mathew Leckie provide potentially crucial experience in those areas.

Melbourne, let's do THIS 🙌

Welcome to the coverage of this match corresponding to the Asian World Cup qualifier heading to Qatar 2022.

How to watch Australia vs Vietnam Live Stream on TV and Online?

If you want to watch the game Australia vs Vietnam live on TV, your option is: Paramount+.

If you want to directly stream it: Paramount+

What time is Australia vs Vietnam match for 2022 World Cup Qualifiers?

This is the start time of the game Australia vs Vietnam on January 27th, 2022 in several countries:

Latest games between Australia vs Vietnam

They met in the World Cup qualifying round for Qatar 2022, with a favorable balance for Australia:

Nguyen Cong Phưong is a forward who plays for Hoàng Anh Gia Lai club in V.League 1 and the Vietnam national football team. Praised as "Vietnamese Messi" by fans and media due to his playing style and physicality, he is one of Vietnam's most promising football talents.

He made his national team debut as a 77th-minute substitute in the 2018 FIFA World Cup qualifying match against Iraq on 8 October 2015. 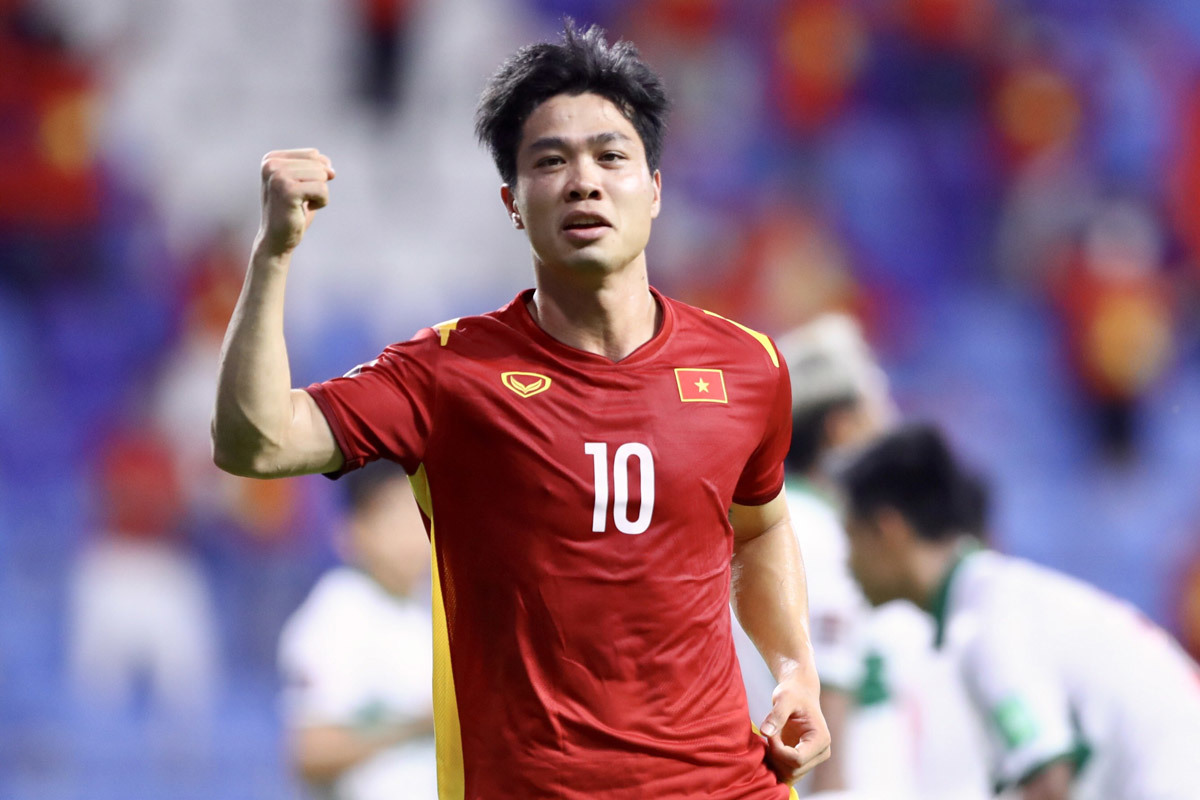 Mitchell Duke is an Australian international footballer who plays for Fagiano Okayama in the J2 League. He was born in Liverpool, New South Wales and played youth soccer for the Paramatta Eagles before beginning his professional career with the Central Coast Mariners. Duke has fifteen caps and seven goals for the Australian soccer team with whom he hopes to qualify for the 2022 Qatar FIFA World Cup. 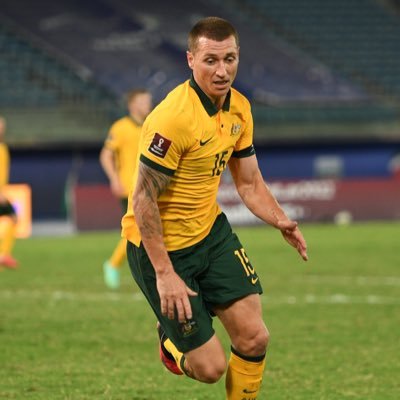 Probable lineups of Australia vs Vietnam

This is how Vietnam arrives

On the other hand, the period of Vietnam's third qualifying round for the 2022 World Cup could not have been such a sad affair for the National Team, which does not have a single point let alone a victory in its first six games in the Group B.

Vietnam still has the slimmest chance of finishing third and keeping their hopes of going to Qatar via reclassification alive, but even the most ardent Golden Star Warriors fan would agree that such an eventuality is nothing more than a fantasy at this point. So far they have scored four goals, conceding 12, thus having the worst goal difference in Group B, averaging two goals per game. Adding to this, their title as ASEAN Football Federation champions also came to an end at the December tournament, with Thailand eliminating them in the semi-finals.

Park Hang-seo's side come into the match against Australia having conceded three goals in each of their last four World Cup qualifiers away from home, but the Socceroos could only record a tight 1-0 victory in the first game between the two teams thanks to Rhyan Grant's goal.

This is how Australia arrives

After walking through the first two rounds of 2022 World Cup Qualifying with ease, Australia have struggled in the third round and face a major battle to confirm automatic qualification for the Qatar tournament. Graham Arnold's side opened Group B with three wins in a row, but facing off against the big boys has led to a drop in fortunes, with Saudi Arabia, Japan and China taking points from Australia in their last three matches.

The Socceroos were on course to record a small win over China thanks to a Mitchell Duke effort before Wu Lei leveled the score from the penalty spot, and Arnold's side now find themselves in third place in the group, a point behind from Japan, second classified, and five from the leaders Saudi Arabia.

Australia should now think about their chances of advancing via intercontinental requalification should the time come, but a top-two finish is still within their grasp ahead of a decider with Japan in March. A goalless draw at home to Saudi Arabia in November ended a run of 10 consecutive wins at home in World Cup qualifying, but since 2008 Australia had not suffered a home defeat at this knockout stage, which is not a good omen for his winless opponents.

The match will be played at Melbourne Rectangular Stadium

Melbourne Rectangular Stadium, known as AAMI Park for sponsorship reasons, is an open-air sports arena on the site of Edwin Flack Field in Melbourne city centre. It opened on 7 May 2010 and was Melbourne's first large purpose-built rectangular stadium, as the main stadia were oval in configuration and more suitable for Australian rules football or cricket. It has capacity for 30,050 people.

The main tenants of the stadium are the Melbourne Storm National Rugby League team, the Melbourne Rebels Super Rugby team and the A-League teams Melbourne Victory FC and Melbourne City FC. It was also one of five venues for the 2015 AFC Asian Cup, hosting the opening match and six other matches, including a quarter-final match. It also hosted Four Nations rugby league matches in 2010 and 2014, and was used for the 2017 Rugby League World Cup.

The stadium was named AAMI Park on March 16, 2010, in a sponsorship deal with the insurance company AAMI. 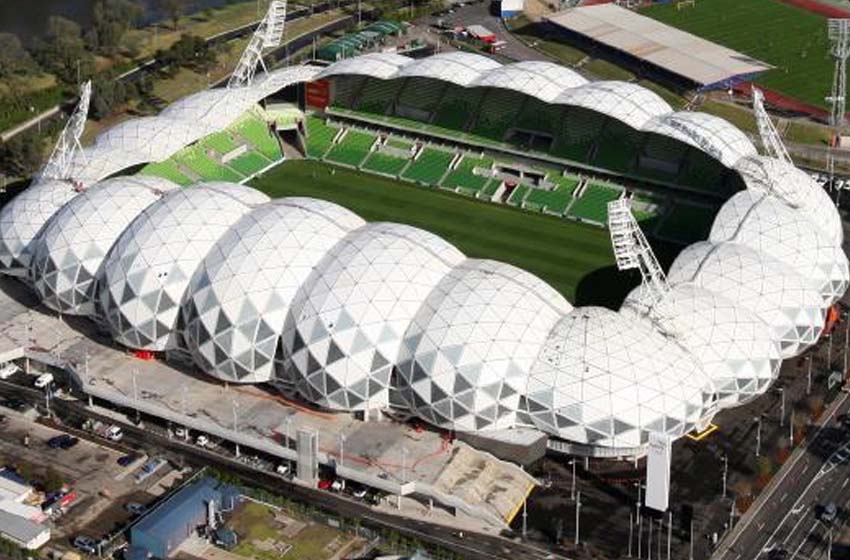 My name is Alex CR and I’ll be your host for this game: Australia vs Vietnam. We will provide you with pre-game analysis, score updates, and news as it happens live here on VAVEL.