We thank you for tuning in during the broadcast of the match between Lebanon vs South Korea. To keep up to date with what's happening in world soccer, stay tuned to VAVEL.com.
9:57 AM4 months ago

South Korea's approach to Kwon Chang-hoon, which does not prosper
9:55 AM4 months ago

The referee adds five more minutes
9:54 AM4 months ago

Lee Jae-sung's header for Korea Republic is off target.
9:51 AM4 months ago

Hwang Ui-jo misses second goal for Korea
9:49 AM4 months ago

Yellow card for Joan Oumari in Lebanon
9:48 AM4 months ago

In: Hussein Zein and Abbas Assi

Hassan Maatouk tries a shot from outside for Lebanon, wide
9:44 AM4 months ago

Possession of the ball belongs to South Korea, Lebanon waits at the back
9:42 AM4 months ago

Lee Jae-sung's unsuccessful attempt for Korea
9:41 AM4 months ago

After halftime, the second half is already in play
8:51 AM4 months ago

Cho Gue-sung scores Korea Republic's first goal of the game after receiving a cross in the box and finishing with a right-footed shot.
8:48 AM4 months ago

The referee adds five more minutes
8:46 AM4 months ago

Hwang In-beom looked for an attacking partnership, to no avail
8:42 AM4 months ago

Lebanon's first clear chance of the game. Felix Michel Melki missed a clear chance to open the scoring in front of the Korean goal.
8:37 AM4 months ago

Yellow card for Jung Woo-young for South Korea
8:36 AM4 months ago

For now, the most important approaches have been for the Koreans. The home team has not reached their opponents' goal with danger.
8:30 AM4 months ago

New attempt by Koreans retained by Lebanese goalkeeper Matar
8:18 AM4 months ago

South Korea keeps possession of the ball as Lebanon waits in their own half
8:15 AM4 months ago

Attempt by Lee Jae-sung goes over Lebanon's goal.
8:07 AM4 months ago

Lebanon goalkeeper Mostafa Matar throws the ball out of the field and lies on the ground. He will receive medical attention
8:03 AM4 months ago

Korea attack by Cho Gue-sung, the ball is deflected off the line
8:02 AM4 months ago

Lebanon vs. South Korea game already underway in the Lebanese capital
7:55 AM4 months ago

The two teams take the field and the protocol acts are performed.
7:51 AM4 months ago

Lebanon's only victory over South Korea in the context of the Asian Qualifiers came on Tuesday, November 15, 2011, when the Lebanese beat the Koreans by a score of 2-1.
7:45 AM4 months ago

Muhammad Haidar tested positive in his most recent PCR test and will therefore not be available for Lebanon's team against South Korea.
7:33 AM4 months ago

In less than an hour, the match between Lebanon vs. South Korea, corresponding to the third round of the Asian Qualifiers for the Qatar 2022 World Cup, will kick off.
1:19 AM4 months ago

Everything is ready to enjoy the 2022 FIFA World Cup Qualyfiers match. Do not miss a detail of the match Lebanon vs South Korea live updates and commentaries of VAVEL.com
1:14 AM4 months ago

How to watch Lebanon vs South Korea Live Stream on TV and Online?

If you want to watch the game Lebanon vs South Korea  live on TV, your options is: Sky Sports.

What time is Lebanon vs South Korea for 2022 FIFA World Cup Qualyfiers?

In the absence of Heung-min Son, Woo-yeong Jeong looks like the Korean hope to lead his team to victory. The 22-year-old right winger has great speed and can win one-on-one duels. He currently plays for SC Freiburg in the Bundesliga. The Korean made his international debut in 2021 and has scored one goal since then.
12:59 AM4 months ago

Mohamad Haidar is the captain, the figurehead and the great reference of the Lebanese national team. This 32-year-old midfielder is an emblem in his country and thanks to the years of career he has dedicated to his national team, he has earned the respect of all. He made his debut with the Lebanon National Team in 2011 and has since scored four goals in 67 games played.

In total, the two teams have met 13 times in the Asian qualifiers for the World Cup, with South Korea winning on nine occasions, drawing on three others and Lebanon winning only once.
12:49 AM4 months ago

South Korea, with Qatar 2022 on the horizon

South Korea is in second place in the standings in group A of the Asian qualifiers for Qatar 2022. The Korean team has 14 points, two points behind first-placed Iran. For South Korea, it is of vital importance to beat Lebanon if they want to top the group and claim the first place. Holding a direct place in the World Cup is their main goal.
12:44 AM4 months ago

Lebanon is currently in an unfavorable position to fulfill its aspirations of reaching the next FIFA World Cup to be held in Qatar in 2022. In fourth place and with only five points to their credit, the Lebanese team has no chance of reaching the orbital event. Nevertheless, they have the chance to do well against South Korea and beat them at home.
12:39 AM4 months ago

The match will be played at the Saida International Stadium

The Saida International Stadium is an iconic sports venue in Lebanon. It is located in the city of Sidon and is the home of the Lebanese National Team. It was built in 2000 and has a maximum capacity of 22,600 spectators. 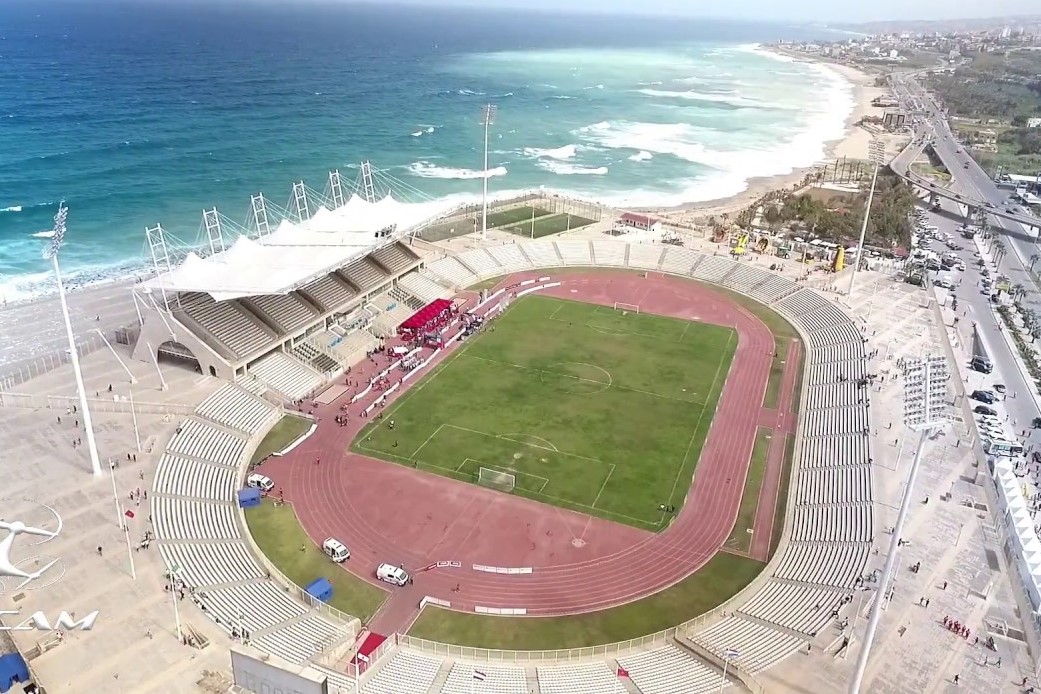 Seattle Sounders vs Minnesota United preview: How to watch, team news, predicted lineups, kickoff time and ones to watch 3 hours ago

NYCFC 2-0 Columbus Crew: Boys In Blue cap unbeaten homestand with victory in the Bronx 3 hours ago
//