Thank you for following this match on VAVEL USA. Until the next time!
4:53 PM4 months ago

The referee adds three minutes to the match.
4:46 PM4 months ago

Kalidou Koulibaly shoots inside the box but his shot is blocked by Owono.
4:44 PM4 months ago

Equatorial Guinea: José Machín is out and Álex Balboa is in.
4:39 PM4 months ago

Equatorial Guinea: Rubén Belima, Pedro Oba and Santiago Eneme are in; Iban Salvador, Emilio Nsue and Basilio Ndong are out.
4:38 PM4 months ago

Last fifteen minutes of the match where Guinea is still trying to score the equalizer.
4:31 PM4 months ago

Senegal: Cheikhou Kouyaté and Bamba Dieng are in, Pape Gueye and Famara Diédhiou are out.
4:19 PM4 months ago

SENEGAL IS SAVED! A cross into the box where Nsue fails to reach the ball and score the goal.
4:17 PM4 months ago

After watching the VAR, the referee decides that there is no penalty for Guinea.
4:08 PM4 months ago

The referee goes to the VAR to verify the penalty.
4:07 PM4 months ago

The referee awards a penalty kick to Equatorial Guinea for a handball in the area.
4:03 PM4 months ago

The first half ends. Senegal 1-0 Equatorial Guinea.
3:48 PM4 months ago

The referee adds one more minute to the first half.
3:42 PM4 months ago

A corner kick looked for Diedhiou who managed a header, but the ball went wide.
3:35 PM4 months ago

Mané making the difference. Sadio arrives on the left flank with a cross that no one manages to finish.
3:30 PM4 months ago

Owono! A pass to the center of the box where Diédhiou takes a shot straight at goal, but the Guinea keeper saves well.
3:19 PM4 months ago

In the first fifteen minutes of the match, Senegal reached the opponent's goal more than Guinea.
3:15 PM4 months ago

Gueye's free kick passes very close to the goal. Guinea is saved from the first.
3:10 PM4 months ago

Yellow card for Ciss for a foul on Akapo.
3:03 PM4 months ago

Edú is encouraged to shoot from outside the area, but the ball goes wide.
3:02 PM4 months ago 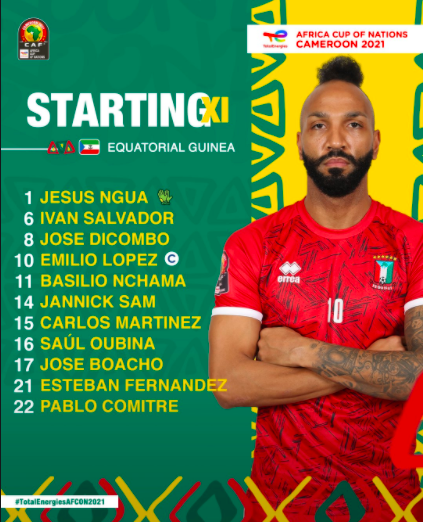 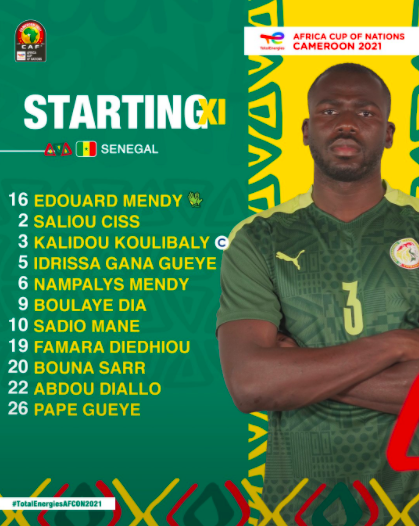 Liverpool superstars Sadio Mané and Mo Salah are at the Ahmadou Ahidjo stadium. There is a possibility that Egypt will face Senegal in the final so these two players could be opponents in the near future. 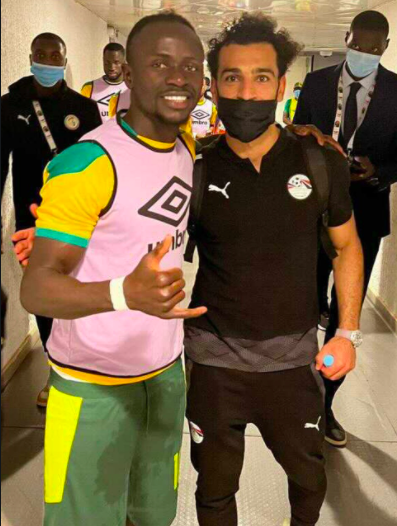 Cameroon is already waiting for a semi-final opponent, who will be drawn between Senegal and Equatorial Guinea. The other semi-final is already confirmed and it is Egypt vs Burkina Faso.
2:45 PM4 months ago

Equatorial Guinea have lost just one of their last five Africa Cup of Nations games (W2 D2), keeping four clean sheets and conceding just once – more shutouts than they managed in their previous nine matches in the competition combined (3).
2:30 PM4 months ago

After suffering a severe head injury in the last match, which put his participation in today's match in doubt, Senegal confirmed that Mané recovered quickly and will be able to play in the quarterfinals against Guinea.
2:26 PM4 months ago

“Our team is ready, both physically and mentally. We respect Senegal, runners up of the previous edition. It will be a final for us, and we will play our game to put on a good match and go as far as possible. It's true that we won against Senegal in 2012 AFCON but we are not the favorites this time.”, he stated.

At a press conference, Senegal's technical director gave his opinion on his team's aspirations to reach the final.

“We are going to approach this match as we have done before, with humility and confidence. We will play against a good team from Equatorial Guinea that we know well. We have great respect for this team which has good players. We have been gaining momentum since the start of the competition and we will play our best football to get to the semi-finals. Sadio Mané is doing better. We hope to get him back for tomorrow's game.” he stated.

The history is short between the two teams, but Senegal has the balance in its favor with two wins, one draw and only one loss to Guinea. In their most recent match, both teams shared points after a draw in the group stage of the current tournament.
2:11 PM4 months ago

The venue for this match is the Ahmadou Ahidjo Stadium, which is a sports venue located in the city of Yaoundé, Cameroon. The stadium was inaugurated in 1972 to host the African Cup of Nations that year. It has a capacity of 38,000 people and is mainly used for the Cameroon national team's soccer matches. 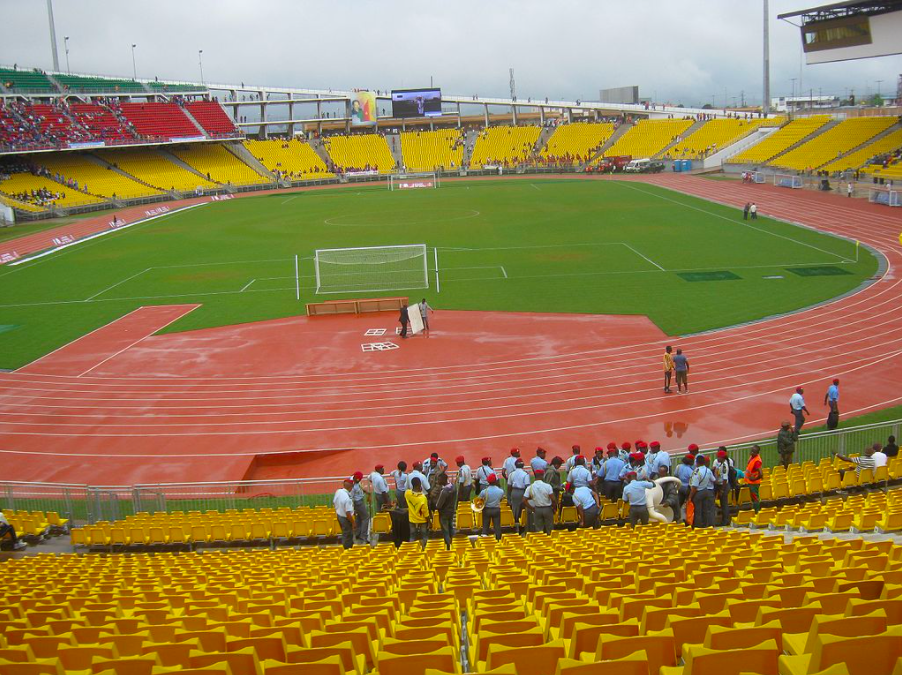 We are just under an hour away from the start of the 2022 Africa Cup of Nations quarter-final between Senegal and Guinea at the Ahmadou Ahidjo Stadium. Who will advance to the semifinals? Find out in our minute-by-minute report on VAVEL USA.
7:26 PM4 months ago

Stay tuned for the Senegal vs Equatorial Guinea live stream.

In a few moments we'll share with you the Senegal vs Equatorial Guinea live starting lineups, as well as the latest information from the Ahmadou Ahidjo Stadium. Keep an eye on the action with VAVEL's minute-by-minute live online coverage.
7:21 PM4 months ago

How to watch Senegal vs Equatorial Guinea Live Stream on TV and Online?

If you want to watch the game Senegal vs Equatorial Guinea live on TV, your options is:  beIn Sports.

If you want to directly stream it: Streaming services and beIN sports

Naby Keita | Much solidity in midfield with this midfielder who is a Liverpool player. His virtue is that he has a goal in front of goal, in fact, he already has one goal to his credit and he scored it against Zimbabwe. 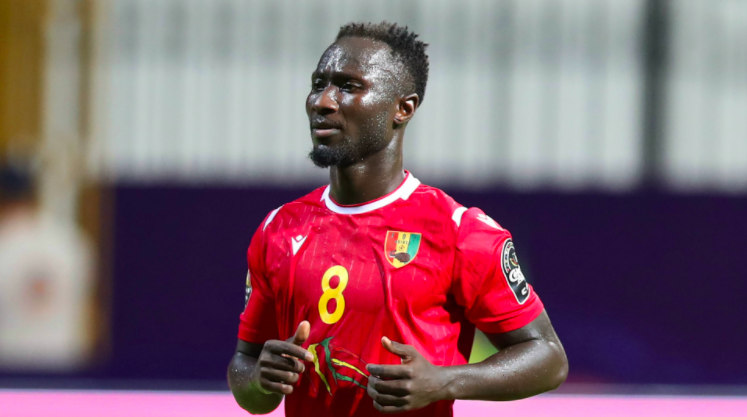 Sadio Mané | The Liverpool striker is the star of the Senegal national team. In the last match he suffered a heavy blow to the head, however, that did not prevent him from scoring a goal in the round of 16. So far he has two goals in the 2022 Africa Cup of Nations. 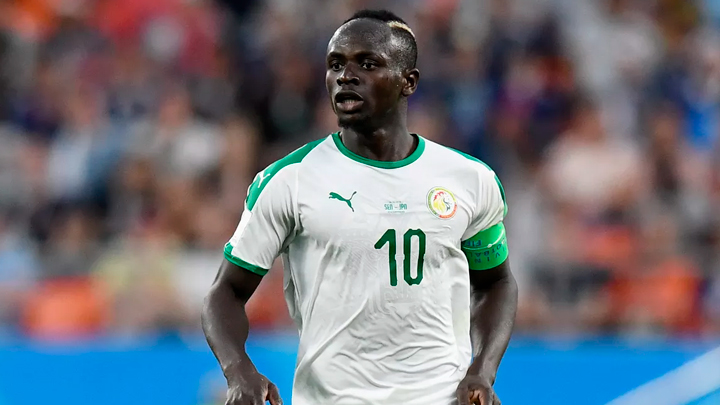 On the other hand, the Equatorial Guinea team led by Juan Micha, achieved a hard-fought pass to the quarterfinals after facing Mali, where they made it to the quarterfinals after a penalty shootout where Owono, Guinea's goalkeeper, barely 20 years old, shone. Owono stepped up to save the decisive penalty against Sacko and now they will face Senegal thanks to his save. Guinea accumulated two wins and one loss in the group stage. 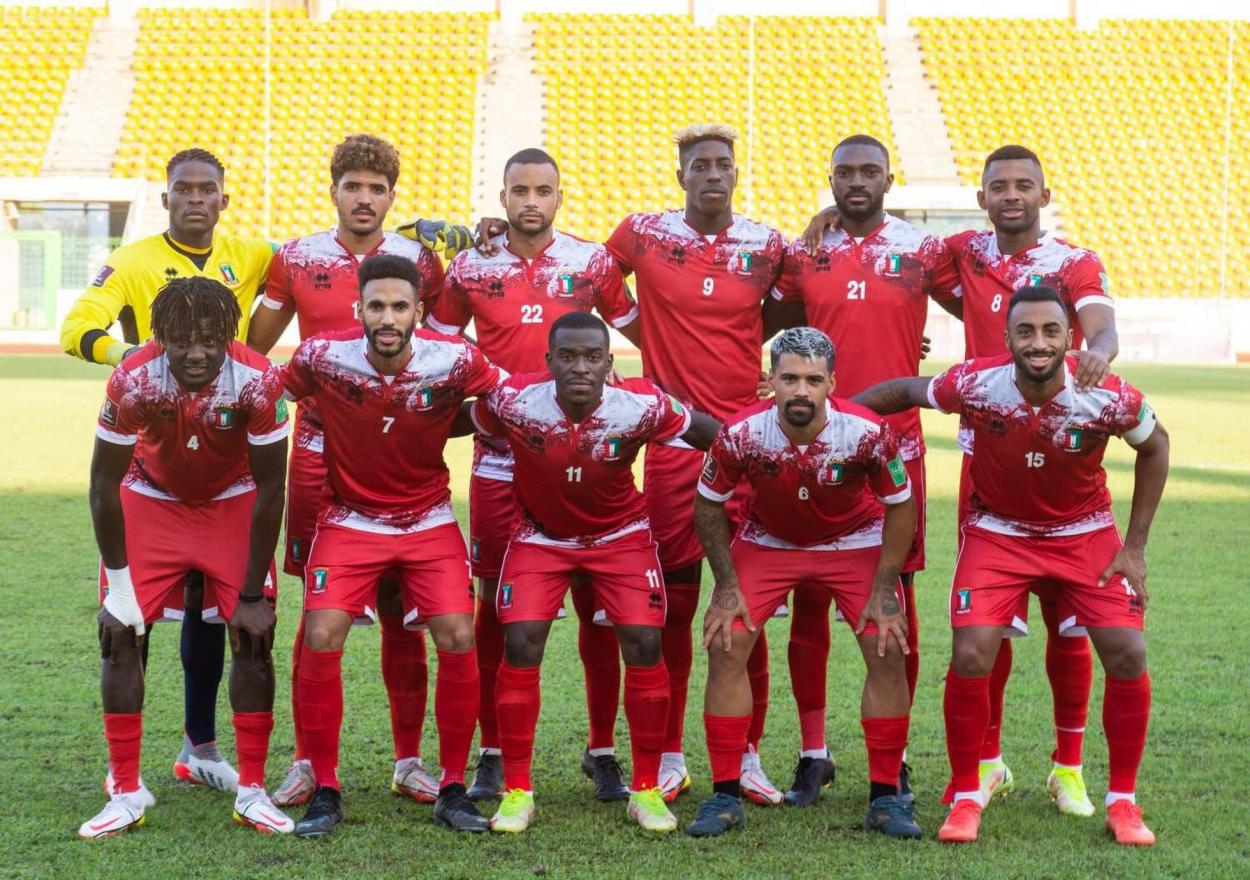 The 'Lions of Teranga', better known as the Senegal National Team, come into this match after defeating Cape Verde in the round of 16 by a score of 2-0 where the Senegalese took advantage of Cape Verde's expulsion to score goals in the second half. Senegal qualified for the finals after one win and two draws in the group stage. 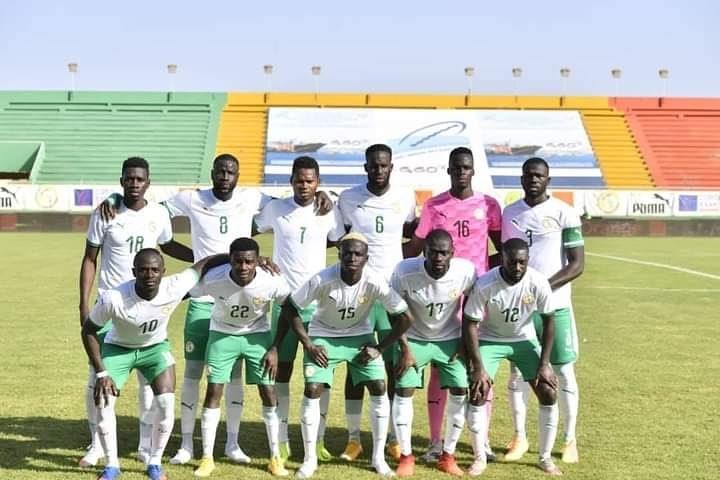 The match will be played at the Stadium Ahmadou Ahidjo

The Senegal vs Equatorial Guinea match will be played at the  Ahmadou Ahidjo Stadium, in Yaunde, Cameroon. The kick-off is scheduled at 14:00 pm ET.
6:41 PM4 months ago