We hope you enjoyed this great match of the African Nations Cup that was defined in 120 minutes.

We look forward to seeing you again at VAVEL to bring you much more from the world of sport.

Great goal for the victory

Salah's play is worth watching over and over again; at the end came Trezeguet to push it into the back of the net.

The match ends and EGYPT IS IN THE AFRICAN CUP SEMIFINAL.
1:31 PM4 months ago

Salah's shot is blocked and he wants the game to end.
1:11 PM4 months ago

An extraordinary move by Salah on the right side of the box, who with a spectacular move, gets past Aguerd and sets up a perfect service for Trezeguet to push the ball past the keeper.
1:08 PM4 months ago

Regular time is over and there will be extra time in the match.

We will have half an hour more to define the team that will advance to the semifinal!

This is undoubtedly the best intervention of the Egyptian goalkeeper in the match, great way to remove the ball that ended up hitting the crossbar.

Aggression on the court

The players' tempers flared and two of them were cautioned, here are the images.

Abougabal's header in the box is spectacularly saved by Abougabal with the help of the crossbar... And Egypt is saved from the second!
12:37 PM4 months ago

The referee is getting out of control of the match and after a brawl ends up pushing Monem and ends up only cautioning Mohamed and Hakimi.
12:32 PM4 months ago

The Egyptians claim an elbow against Kamal who is already cautioned.
12:25 PM4 months ago

Boufal, the man who scored the goal for Morocco, comes off and Rahimi enters the field.
12:20 PM4 months ago

Great play by Sais who cuts off a very dangerous move by Marmoush with a spectacular slide.
12:16 PM4 months ago

Appearing at the most important moment for the Egyptians, Mohamed Salah has already equalized.

After a corner kick, Abdel Monem headed the ball to Mohamed Salah, who tied the match after a rebound from the goalkeeper.
12:09 PM4 months ago

Trezeguet's shot goes close but with a lot of power.
12:05 PM4 months ago

An interesting play by Marmoush ends the first half, partial victory for Morocco!
11:37 AM4 months ago

A cross into the area is easily caught by Bounou.
11:34 AM4 months ago

Yellow card for Kamal for cutting off a counter-attack that promised danger from Morocco.
11:23 AM4 months ago

Mohamed's long-range right-footed shot goes wide of the goal.
11:22 AM4 months ago

The refereeing controversy begins in the match due to the penalty, but Boufal takes it perfectly from the 11 steps, completely fooling the goalkeeper.

Marmoush's dangerous free kick is deflected by the Moroccan wall.
11:14 AM4 months ago

The central defender verbally warned Queiroz for constant protests by the Egyptian coach.
11:08 AM4 months ago

Boufal calmly takes the penalty to the right of the goal, completely fooling the goalkeeper and Morocco is already ahead on the scoreboard.
11:06 AM4 months ago

Penalty in favor of Marruceos for a foul by Ashraf on Hakimi on the right side of the box.
11:01 AM4 months ago

Arbitration ready for this night

They will be responsible for directing the actions of Egypt vs Morocco:

Morocco likes to have the ball

The Lions have a ball possession percentage of 64%, in addition to a brutal touch in which they hit 81% of their passes. This is one of their best weapons to tire opposing teams and generate offensive play.
10:46 AM4 months ago

The last one was for the pharaohs

In the previous African Cup match between the two teams, the victory went to the Egyptians.

They also won in the quarterfinals by a score of 1-0 with a goal by Kahraba in the 87th minute, advancing to the semifinals and then finishing second in the competition after losing the final to Cameroon.

The English team has already sent their best wishes for one of their stars, they are on the side of the Egyptian National Team for Mohamed Salah.

To improve the offense

In contrast to Morocco, Egypt has one of the worst attacks in the African Cup, and they contrast so much that they have only scored two goals in four games compared to their opponents' 7 goals.

They will have to improve this factor a lot if they are to win today.

All set for the Moroccan team

They are dreaming of advancing to the next round, have one of the most effective forwards in the championship and will be looking to win at all costs.

These are the 11 that Halihodzic will send to the field for the match:

This is how the Egyptian team will start this morning's match:

In a few moments we will have all the most complete information and line-ups for the Egypt vs Morocco match, don't miss it on VAVEL!
10:11 AM4 months ago

Do not miss every detail of this great match corresponding to the Quarterfinals of the African Nations Cup, which will surely have great emotions.
10:06 AM4 months ago

How and where to watch Egypt vs Morocco

The match will be broadcast on beIN SPORTS.

If you prefer to follow the broadcast LIVE on the internet, remember that VAVEL USA is your best option.

This was the lineup that took the field for the victory over Malawi:

These were the players Carlos Queiroz sent to the field against the Ivorians:

One of the elite players of the Moroccan team is none other than Achraf Hakimi, the current Inter Milan player.

He is an unmatched right back when it comes to defending, and not only that, he also contributes when his team goes forward, which is why he has already scored two goals in this African Cup. 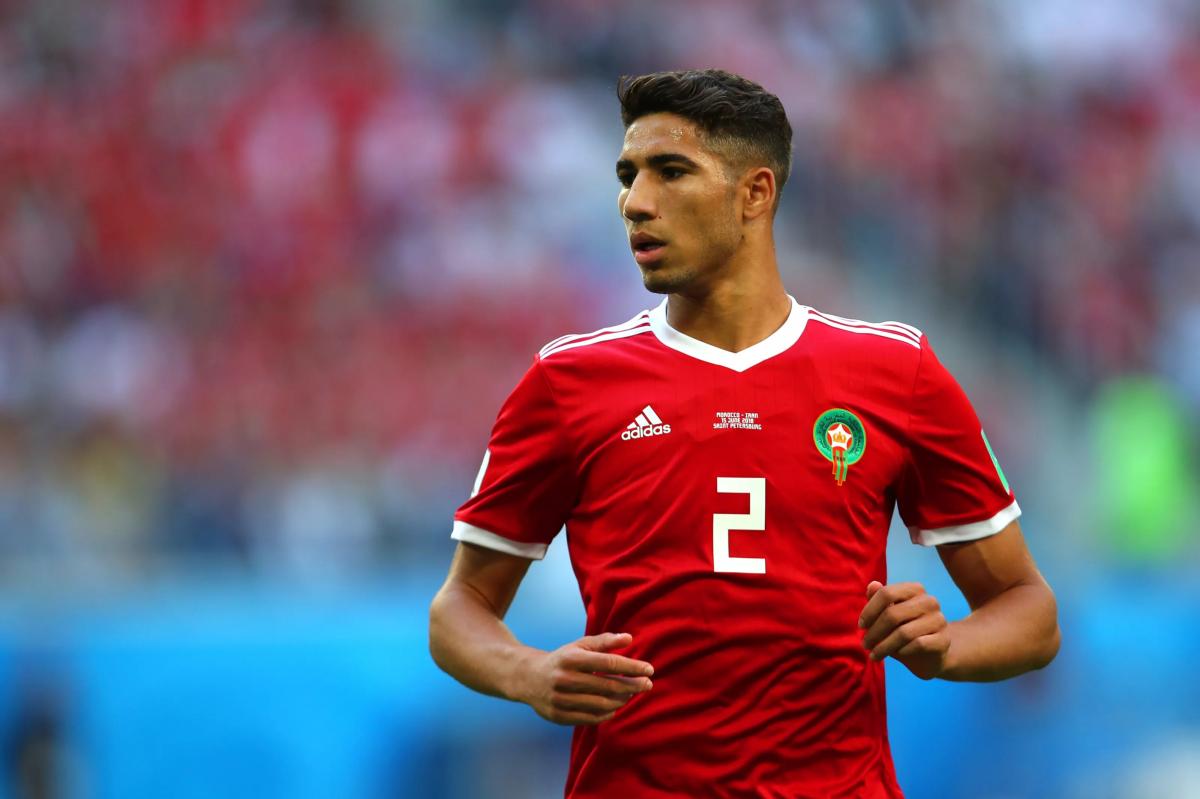 Of course, when we talk about the Egyptian national team we always have to mention Mohamed Salah, one of the nation's greatest footballers of all time.

The current Liverpool player has had a good participation in this African Cup and his performance will be fundamental for the team to advance to the next round. 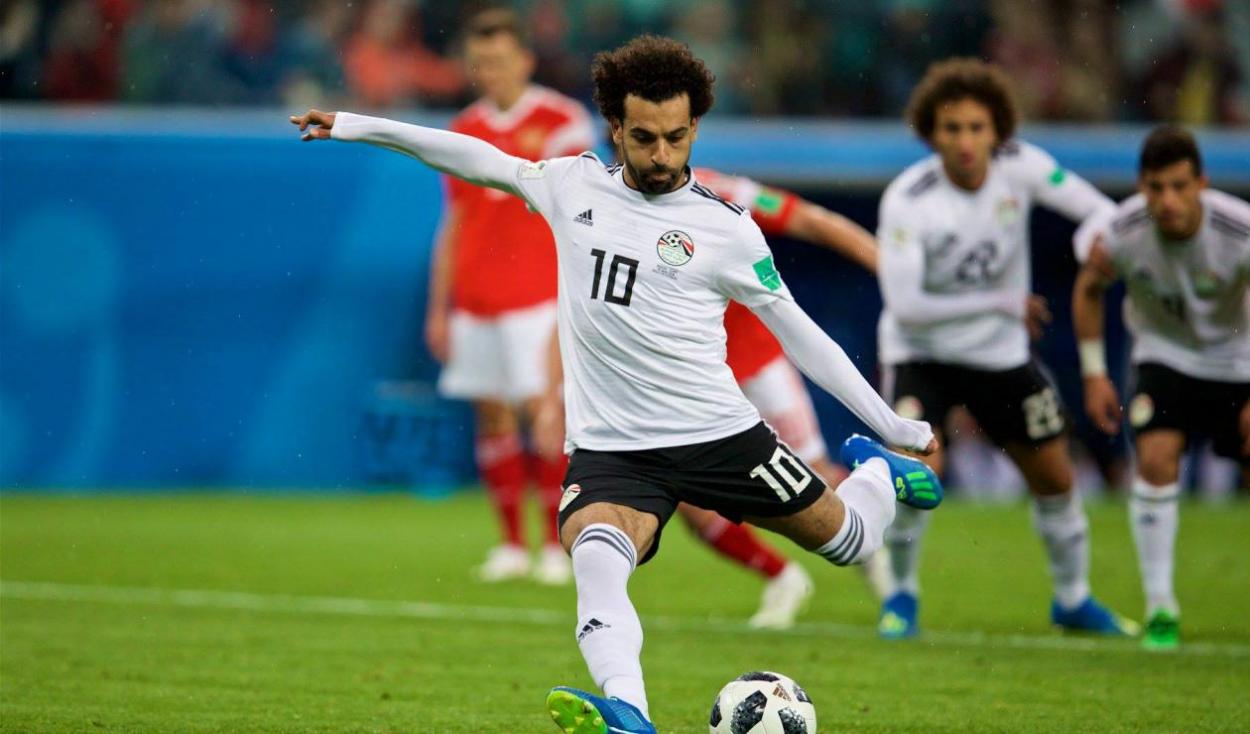 The Moroccan team is dreaming of reaching the title, and has not lost a single match since the tournament began.

On matchday one they defeated Ghana and then Comoros, to close with a two-goal draw against Gabon, who was their toughest opponent, but in the round of 16 they beat Malawi 2-1 to reach the Quarterfinals, where they are currently.

The only team to beat Egypt in the first match of the regular phase was Nigeria, which has already been eliminated from the tournament.

They have since defeated Guinea-Bissau, Sudan and advanced to the round of 16 after defeating Ivory Coast 5-4 on penalties, so they are now looking to advance to the semifinals.

The match will be played at the Ahmadou Ahidjo

The Egypt vs Morocco match will be played at the stadium Ahmadou Ahidjoin the city of Yaoundé, Cameroon with a capacity of 42,500 people.

The stadium was inaugurated in 1972 to become one of the venues for that year's African Nations Cup.

It was named after Ahmadou Ahidjo, Cameroon's first president after the country's independence in 1960.

Today it is mainly used for soccer matches and athletics competitions, being the home of Canon Yaoundé and Tonerre Yaoundé, as well as being used as a venue for matches of the Cameroon national soccer team.

Welcome to VAVEL.com’s coverage of the Quarterfinals match: Egypt vs Morocco Live Updates!

This will be one of the most attractive matches of the African Nations Cup, with two of the possible contenders for the championship facing each other.

Egypt comes in after defeating Ivory Coast on penalties, while the Moroccan team faced Malawi to advance to the quarterfinals.