Thank you for following this match on VAVEL USA. Until the next time!
10:24 PM4 months ago

HONDURAS IS SAVED! Twice on the line, defender Maldonado saves his goal. In the end Aaronson scores, but it is disallowed for offside.
10:16 PM4 months ago

United States: McKennie out, Roldan in.
10:14 PM4 months ago

USA: Pepi and Weah are out; Ferreira and Aaronson are in.
10:08 PM4 months ago

Tempers flare between Whea and Figueroa. Medical assistance enters to attend to the Honduran.
10:05 PM4 months ago

GOAL! Christian Pulisic scores the third for the Stars and Stripes 🇺🇸moments after coming onto the pitch.

United States: Morris is replaced by Pulisic.
9:53 PM4 months ago

Menjívar again. Morris takes a shot that the Catracho goalkeeper deflects for a corner kick on Whea's counterattack.
9:51 PM4 months ago

Morris' pass to the center of the box, Pepi turns but the defense deflects and it goes for a corner kick.
9:44 PM4 months ago

MENJÍVAR! Huge play by the USMNT, but Weah misses a one-on-one against Honduras and the goalkeeper deflects.
9:43 PM4 months ago

The referee adds one minute to the first half.
9:19 PM4 months ago

GOAL 🇺🇸! Another set piece executed to perfection by the @USMNT and Walker Zimmerman increases the home side's lead right before half time. #CWCQ pic.twitter.com/9UhHTxGQj9

Yellow cards for Mejia and Quaye.
9:02 PM4 months ago

Pepi's first-time scissor kick, but the ball goes over the crossbar.
9:01 PM4 months ago

HONDURAS IS SAVED! Weah shoots, and on the counter-attack, Pepi doesn't get a good shot off. The Catrachos' defensive wall grows.
8:54 PM4 months ago

A powerful shot by Weah and a great save by Luis Lopez prevents the second US goal.
8:49 PM4 months ago

Absolute dominance of the United States. They look for Pepi with a service, but the Catracho team blocks the opportunity.
8:48 PM4 months ago

First fifteen minutes of the match. The Americans take advantage of the weather and the locale and keep looking for the second goal.
8:43 PM4 months ago

GOAL! It's a Weston McKennie header that puts the hosts ahead against Honduras.

Both teams are already on the Allianz Field pitch warming up for the match that is about to begin. 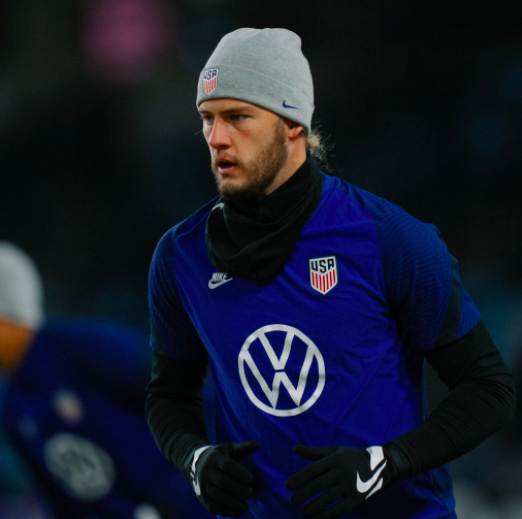 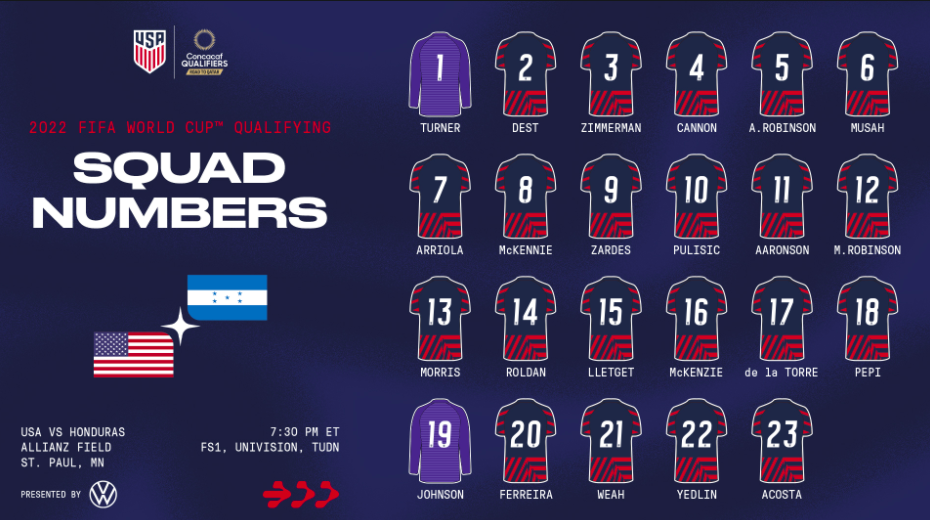 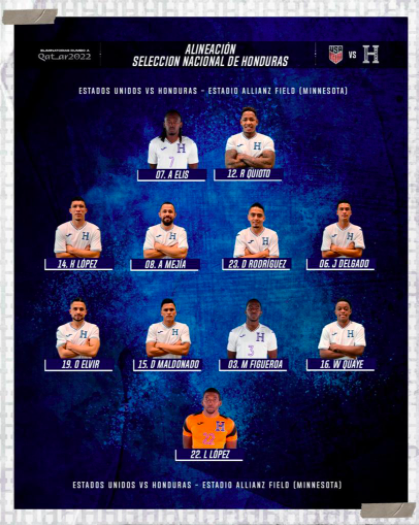 USA, coach, Gregg Berhalter stressed that the Hondurans are not as bad as their results in the World Cup qualifiers show.

"You could say that they will play without pressure, relaxed because they are officially eliminated from the World Cup, but they are a dangerous opponent. All opponents in the qualifiers are complex, I don't think they have been as bad as their results show, they should have scored more goals than they did, they are a deceptive team", he commented.

According to weather forecasts for Minnesota on specialized sites such as Accuweather, it is expected that for next Wednesday, February 2, between 19:00 and 21:00 hours (the time when the match between the USA and Honduras will take place), the weather could be between -14 and -18 degrees Celsius, although with a wind chill between -20 and -24 degrees Celsius.
8:14 PM4 months ago

The venue for this match will be the Allianz Field, a soccer stadium located in Minnesota, United States. It is a relatively new venue since it was inaugurated in April 2019 and has a capacity for 19,400 spectators. Today it will host the match between the United States and Honduras. 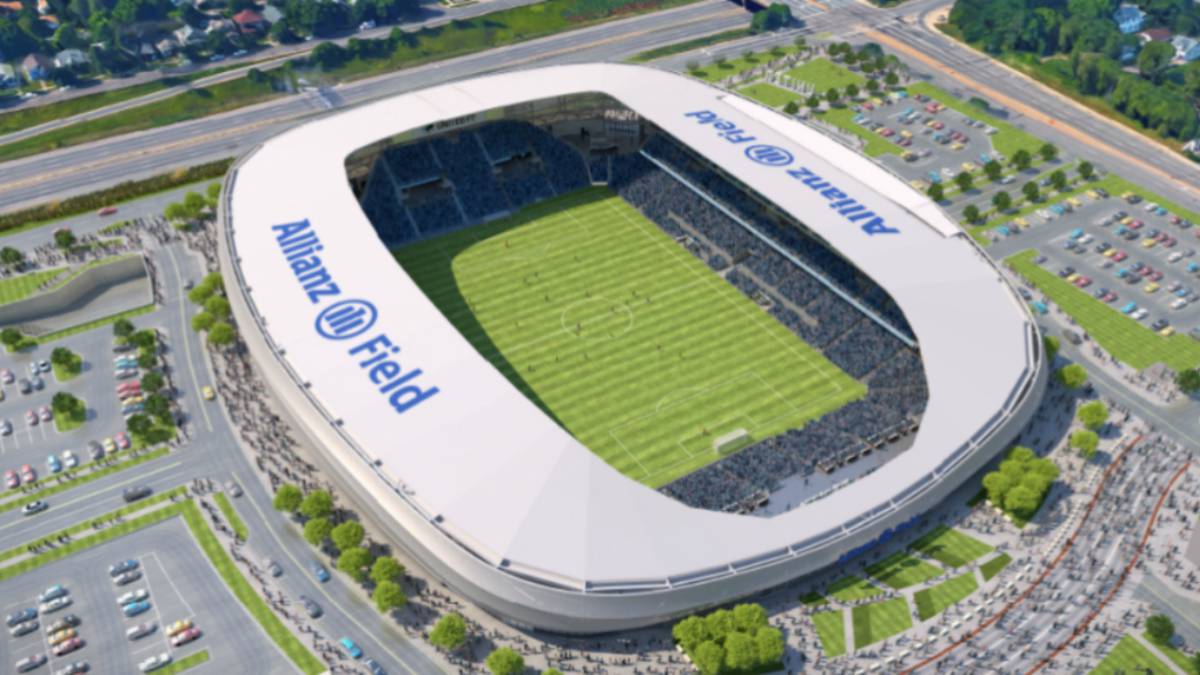 We are minutes away from the start of the match between the United States and Honduras. The home side will have to take advantage of their home advantage and thus be able to aspire to a direct ticket to the World Cup in Qatar. There are three games left and the Hondurans are practically eliminated from the octagonal. Will any of them manage to win? Follow the coverage on VAVEL.
11:03 PM4 months ago

Do not miss a detail of the match USA - Honduras with the live updates and commentaries of VAVEL. Follow along with us all the details, commentaries, analysis and lineups for this match.
10:58 PM4 months ago

How to watch USA - Honduras Live Stream on TV and Online?

If you want to watch the game USA vs Honduras live on TV, your options are: Fox Sports, TUDN USA

If you want to directly stream it: Univision App, TUDN app, Paramount +

Edrick Menjivar | The Honduran goalkeeper will have the difficult task of preventing the U.S. team from scoring. He has been key in keeping Honduras' games from ending with a big score, so he will have to be very accurate when it comes to cutting off scoring opportunities. 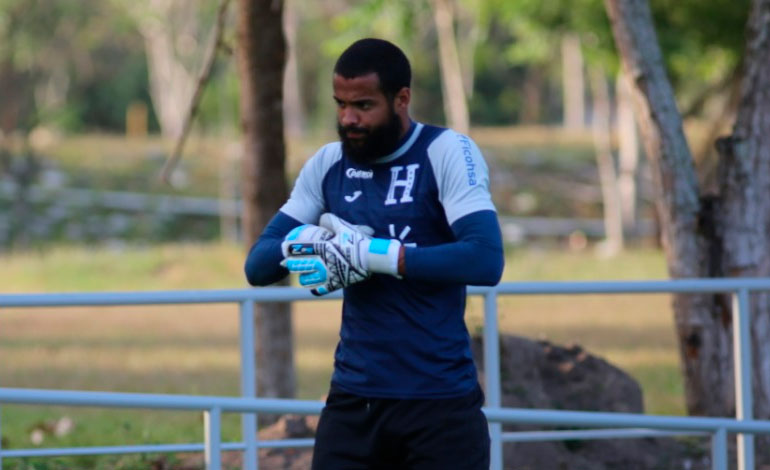 Christian Pulisic | The most renowned player of the Stars and Stripes. Although he had a discreet performance during the qualifiers against El Salvador and Canada, the Chelsea striker has quality and a nose for goal and can break his drought against the weakest opponent in the octagonal. 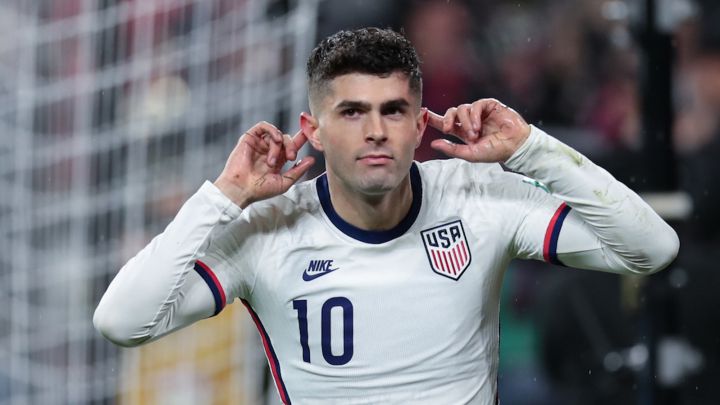 On the other hand, the Honduran national team, led by Hernán Darío Gómez, arrived as a fireman to rescue Honduras in the CONCACAF octagonal in October last year, but has not been able to find its way and in five games played has not been able to score a single point. The Catrachos are in last place with only three points from three draws and seven defeats. In their most recent match, La Bicolor lost at home to El Salvador by a score of 0-2. 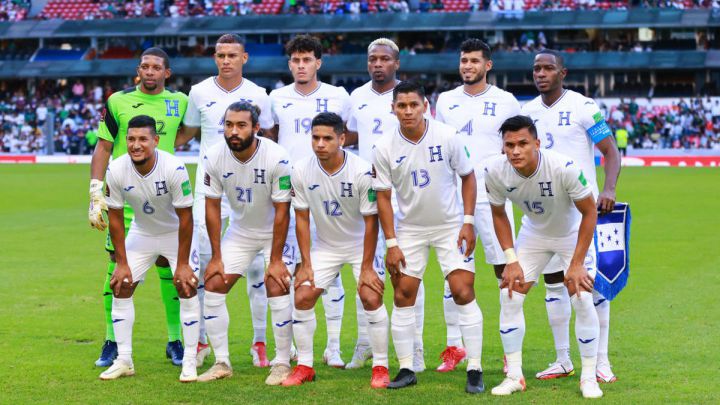 The U.S. National Team, coached by Gregg Berhalter, got off to the best possible start in the qualifiers for Qatar and, as a result, are at the top of the octagonal group.  The Americans are in second position in the table with 18 points after five wins, three draws and two defeats. Berhalter's men are in the hunt for a direct ticket to the World Cup, so a win today against the octagonal's bottom team could be vital. In their most recent match, the Americans lost to Canada by a score of 2-0.
10:18 PM4 months ago

The match will be played at the Stadium Allianz Field

The USA vs Honduras match will be played at the Allianz Field Stadium, in Minnesota, USA. The kick-off is scheduled at 19:30 pm ET.
10:13 PM4 months ago

The end of January's FIFA date with the qualifiers for the World Cup in Qatar! Tonight, the United States National Team will host one of the teams that is practically eliminated: the Honduras National Team. This match is of utmost importance for the Americans, who will have to take advantage of their home advantage to be able to aspire to a direct ticket to the Qatar 2022 World Cup.
10:08 PM4 months ago