At the end of the match, Monaco took the three points and dropped Lyon in the standings.
5:48 PM4 months ago

3 more minutes are played in the second half of the match between AS Monaco and Lyon.
5:44 PM4 months ago

It's nearing the end of the match and Monaco are winning the matchday 23 match in Ligue1.
5:40 PM4 months ago

The intensity of the game drops in the last minutes of the match.
5:37 PM4 months ago

A foul in favor of Monaco in the middle of the pitch, which favors the home team by stopping play and treating the ball well to secure the result.
5:33 PM4 months ago

In the last few minutes, both teams were encouraged to attack and there was some attractive play in both areas.
5:30 PM4 months ago

The home team began to show their attacking prowess in the second half and had the opportunity to increase the score, but were unable to score.
5:29 PM4 months ago

Yellow cards for Guillermo Maripán for Monaco and Jérôme Boateng for Olympique Lyon.
5:27 PM4 months ago

In the second half you see a different Mónaco, they haven't had a single scoring chance on goal, but they can still defend the 2-0 lead.
5:24 PM4 months ago

A foul in Monaco's own half makes them more comfortable in their own half.
5:22 PM4 months ago

Monaco defended well in their own half, did not allow Lyon's forwards to shoot well and kept a clean sheet.
5:21 PM4 months ago

Foul on Monaco in the middle of the pitch.
5:17 PM4 months ago

Lyon started with a different attitude, but lacked the clarity in the final meters to look for an equalizer.
5:15 PM4 months ago

In the last few minutes, the intensity of the game dropped.
5:13 PM4 months ago

In the second half, Monaco didn't need to go on the attack, they were comfortable with the scoreline.
5:11 PM4 months ago

The first clear-cut chance on goal came from a corner kick taken by Lyon, but goalkeeper Alexander Nübel managed to save his goal.
5:09 PM4 months ago

The second half of the match started calmly and with a lot of study by both teams.
5:07 PM4 months ago

Second half kicks off

The second half begins with Lyon trying to level the score.
5:04 PM4 months ago

At the end of the first half, Monaco took advantage of crosses from the right side of the box to go into the break with a 2-0 lead.
4:43 PM4 months ago

As the first half draws to a close, Monaco goes into the locker room with the scoreboard intact.
4:39 PM4 months ago

Lyon arrived with a free kick and a series of rebounds led to the goalkeeper being left out of action, but the ball went over the goal.
4:34 PM4 months ago

Lyon are not waking up to the pace that Monaco are putting on them and are failing to create clear-cut chances.
4:31 PM4 months ago

The intensity of the game drops again in the last minutes.
4:29 PM4 months ago

Once again, Monaco capitalized on a cross and it fell to the goalscorer of the tournament Wissam Ben Yedder to increase the lead.
4:26 PM4 months ago

Sofiane Diop's shot was a threat to Lyon's goal, but the rebound off a defender caused the ball to take a little height and it was not the home side's chance to increase the score.
4:20 PM4 months ago

Lyon continue to suffer at the back and are being subdued in front of goal.
4:16 PM4 months ago

Crosses into the box are bringing a lot of danger from Monaco into the Lyon box.
4:14 PM4 months ago

Corner kick in favor of Monaco, which does not stop attacking after the goal and wants to have more advantage on the scoreboard.
4:10 PM4 months ago

The intensity of the game drops in the last minutes.
4:09 PM4 months ago

In the last few minutes, the Lyon team wanted to control the ball in order to get the equalizer.
4:07 PM4 months ago

The game started very lively and emotions began to show very early on the scoreboard.
4:06 PM4 months ago

Goooooooool! Very early on the scoreboard, Jean Lucas appeared to put Monaco ahead after a cross into the box and headed well to make it 1-0.
4:01 PM4 months ago

This very important match of the 23rd matchday of Ligue 1 is about to start and will decide many things at the top of the table.
3:58 PM4 months ago

The teams take the field

The teams are already prepared for the protocol acts to start the match.
3:47 PM4 months ago

The team coached by Peter Bosz has obtained a perfect score in the last 3 matches played in the French League, with the following results:
Troyes 0-1 Lyon.
Lyon 1-0 Saint-Étienne.
Lyon 2-1 Marseille.
3:17 PM4 months ago

The team managed by Philippe Clement has taken 4 of the last 9 points played in Ligue1 2021-22, with the following results:
3:14 PM4 months ago

The last time these two teams met at the Stade Louis II was on May 2, 2021, when the teams played an exciting match that ended 2-3 in Lyon's favor.
3:08 PM4 months ago

The visiting team has the same number of absentees for this match, the first 4 due to injury and the last one because he is playing the African Cup of Nations, they are:
3:01 PM4 months ago

The home team has 5 absentees for this match against Lyon, all due to injury, they are:
Benoit Badiashile (defender).
Myron Boadu (forward).
Krepin Diatta (forward).
Cesc Fabregas (midfielder).
Aleksandr Golovin (midfielder).
9:12 AM4 months ago 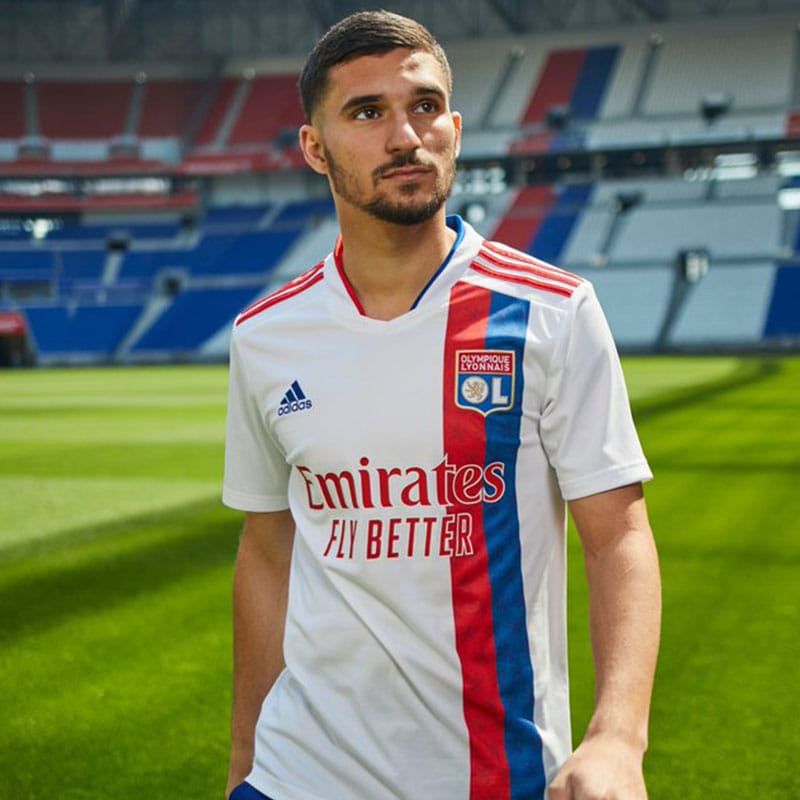 In a few moments we will share with you the starting lineups for the Monaco vs Olympique Lyon live stream, as well as the latest information from the Stade Louis II. Keep an eye on the action with VAVEL's minute-by-minute live online coverage.
9:47 PM4 months ago

How to watch Monaco vs Lyon?

What time is Monaco vs Lyon?

This is the kick-off time for the Monaco vs Lyon match on February 5, 2022 in several countries:

This will be a match of great teams in the French league, which are at the top of the standings and with few points difference, so it is a match that promises goals and many emotions to the spectators.
9:32 PM4 months ago

The referee for this big Ligue 1 game will be center referee Ruddy Buquet.
9:27 PM4 months ago

The player Roman Faivre is the top scorer of the Lyon team with 7 goals and 5 assists so far in the championship.
The French striker will be very important in this duel as both teams are goal scorers and will be looking for a result to keep dreaming of European competitions and not to lose the place with Monaco.
9:22 PM4 months ago

The player Wissam Ben Yedder has become the revelation of Ligue 1, he is at the top of the scoring charts of the French League with 13 goals and 3 assists over figures such as Kylian Mbappe and Lionel Messi.
His goals will be very important for Monaco to keep climbing up the standings.
9:17 PM4 months ago

In this match, two of the best teams in the French League will face each other and here are the numbers that this match has left:
They have faced each other 110 times with a slight advantage for Monaco who have 45 wins, 24 draws and 41 defeats facing Lyon.
In terms of goals scored, the advantage goes to the away team with 147 goals scored against 143 conceded.
9:12 PM4 months ago

How does Olypique Lyon arrive?

At this time the Ligue 1 championship is very even, many teams have between 30 and 35 points in the standings, one of them is Lyon, which is seventh with 34 points and is in need of a victory to keep pace with the top teams and take advantage of its rival Monaco.
In their last match, they won 2-1 against Olympique de Marseille at home.
9:07 PM4 months ago

How do Monaco arrive?

The team coached by Belgian Clement Philippe comes to this match in eighth place in the championship with 33 points and will have an important match with Lyon, which is in seventh place, just one point behind the home team, a victory for Monaco would bring them closer to the European Cup places.
In the last Ligue 1 match Monaco lost 3-2 away to Montpellier.
9:02 PM4 months ago

The match will be played at the Stade Louis II in the city of Monaco.
8:57 PM4 months ago

Hello everyone! Welcome to the broadcast of the match between Monaco vs Olympique Lyonnais, corresponding to the 23rd date of the Ligue 1 2021-22.
My name is Daniel Soler and I will be your host for this match. We will provide you with pre-match analysis, score updates and live news here on VAVEL.