Thanks for following this match on VAVEL USA. Until the next time!
1:04 AM6 months ago

The referee adds five minutes to the match.
12:58 AM6 months ago

CORONA! The save of the match is made by Corona after a cross header by Barreiro, but the La Máquina goalkeeper, with great reflexes, deflects it away.
12:56 AM6 months ago

Chapo Montes takes a powerful shot, but Corona deflects it with his fists.
12:53 AM6 months ago

Rafael Baca took a cross shot, but the ball went just wide of Leon's goal.
12:51 AM6 months ago

Leon: Osvaldo Rodriguez out, Gary Christofer Kagelmacher in
12:42 AM6 months ago

Tesillo's shot was blocked by Angulo.
12:41 AM6 months ago

Yellow card for Domínguez.
12:38 AM6 months ago

ORMEÑO! A big miss by the striker after a cross where he was left alone and made a bad header.
12:33 AM6 months ago

Yellow card for Víctor Dávila.
12:26 AM6 months ago

León: Omar Fernández is out and Santiago Ormeño is in.
12:24 AM6 months ago

Yellow card for Juan Reynoso.
12:23 AM6 months ago

Barreiro's cross from the right was well cut out by Corona.
12:17 AM6 months ago

León: Federico Martínez is out and Elías Hernández is in.
12:13 AM6 months ago

The referee adds three minutes to the first half.
11:54 PM6 months ago

CORONA! Corner kick where there is a double header inside the box, but the Cruz Azul goalkeeper reacts very well and deflects.
11:51 PM6 months ago

After looking at the VAR, the referee rules that there is no penalty for Cruz Azul.
11:45 PM6 months ago

The referee goes to the VAR to check a possible penalty kick in favor of Cruz Azul.
11:39 PM6 months ago

Tesillo misses the goal after a cross into the box where León fails to get a good header.
11:31 PM6 months ago

Pablo Aguilar made a great sweep after a cross from Mosquera, who was looking for someone to close the pincer.
11:29 PM6 months ago

Andrés Mosquera put in an extremely dangerous cross, but the Emeralds' attackers failed to connect with the ball.
11:23 PM6 months ago

After looking at the VAR, the referee rules that there is no penalty for Cruz Azul.
11:20 PM6 months ago

The referee is going to check the VAR for a possible penalty on Cruz Azul.
11:19 PM6 months ago

A play in the Leon area where Cruz Azul failed to get a shot on goal. The visitors claim a penalty on Baca.
11:15 PM6 months ago

The first minutes of the match are locked in midfield.
11:09 PM6 months ago

The teams take the field for the match that is about to begin.
10:52 PM6 months ago 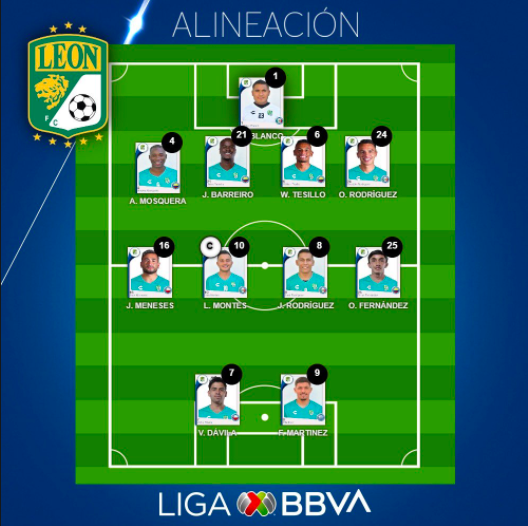 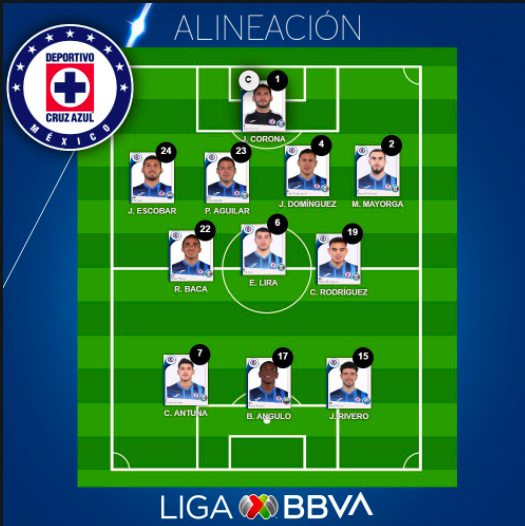 Cruz Azul will have new faces on its roster with the arrival of Chilean striker Iván Morales and Paraguayan midfielder Ángel Romero.
10:38 PM6 months ago

On the other hand, Juan Reynoso's La Máquina will have three absentees: Santiago Giménez, Christian Tabó and Adrián Aldrete. Giménez was sent off in the last match against Rayados, while Tabó has been injured since the preseason and Aldrete suffered a left calf injury.
10:33 PM6 months ago

After having carried out Covid-19 tests, León announced through an acquaintance that it had two positive cases and did not confirm names. On the other hand, Ángel Mena failed to recover from knee discomfort and will not be available for today's match.
10:28 PM6 months ago

With the respective sanitary measures in place, León and Cruz Azul are already at the Nou Camp stadium for the match that is just minutes away. 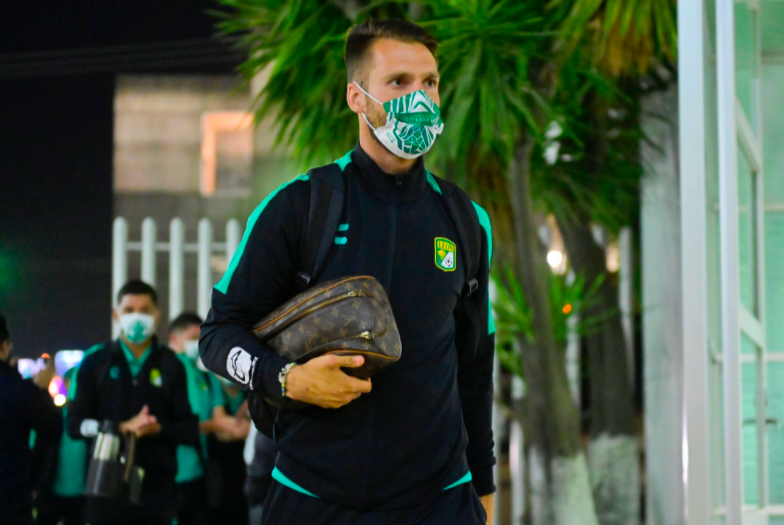 The history of matches between León and Cruz Azul in short tournaments is 36, with a balance in favor of La Máquina with 13 wins to León's 9. There have been 14 draws. In their most recent meeting, the Emeralds defeated Cruz Azul by the minimum score at the Azteca stadium last November.
10:18 PM6 months ago

Leon Stadium, also known as Nou Camp Stadium, is a soccer stadium that is home to the Emerald team and began construction on August 18, 1965. It has a capacity for 28,050 spectators and today it will be the venue for this matchday 4 match between León and Cruz Azul. 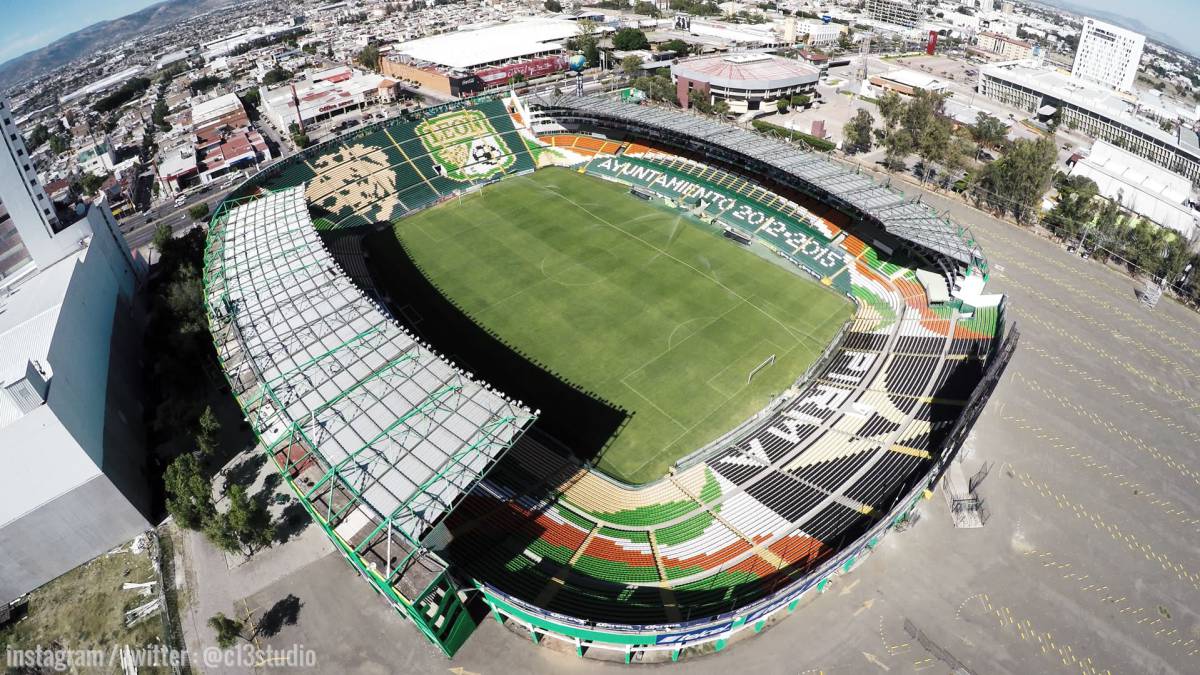 We are just under an hour away from the start of the match between León and Cruz Azul at the Estadio León, the only game on Monday. The Celestes want to reach 10 points and share the lead with Puebla and Atlas, but the emeralds want to take advantage of their home advantage and continue scoring points. Will one of them get the victory? Follow our coverage on VAVEL USA.
10:08 PM6 months ago

Do not miss a detail of the match Leon - Cruz Azul with the live updates and commentaries of VAVEL. Follow along with us all the details, commentaries, analysis and lineups for this match.
10:03 PM6 months ago

How to watch Leon - Cruz Azul Live Stream on TV and Online?

If you want to watch the game Leon - Cruz Azul live on TV, your options are: TUDN USA

If you want to directly stream it: TUDN App and Univision Now

Carlos Rodriguez | Charly arrived to reinforce Cruz Azul for this semester and has been one of the best signings of the transfer market. The midfielder has shown his best level in these three matches and has already scored two goals in the league. Undoubtedly, his verticality can be of great importance for Leon. 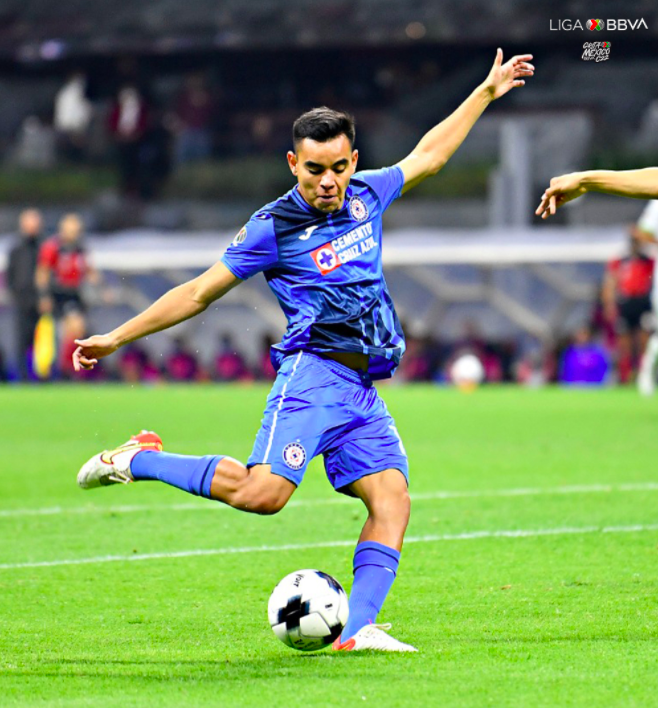 Angel Mena | The star striker of the Emerald team is the player to watch in this match. This Ecuadorian player accumulated ten goals in the last tournament (regular phase and playoffs). He contributes a lot in the offensive line and his great qualities to make individual plays inside the opponent's area and mid-distance shots can be dangerous for La Maquina. 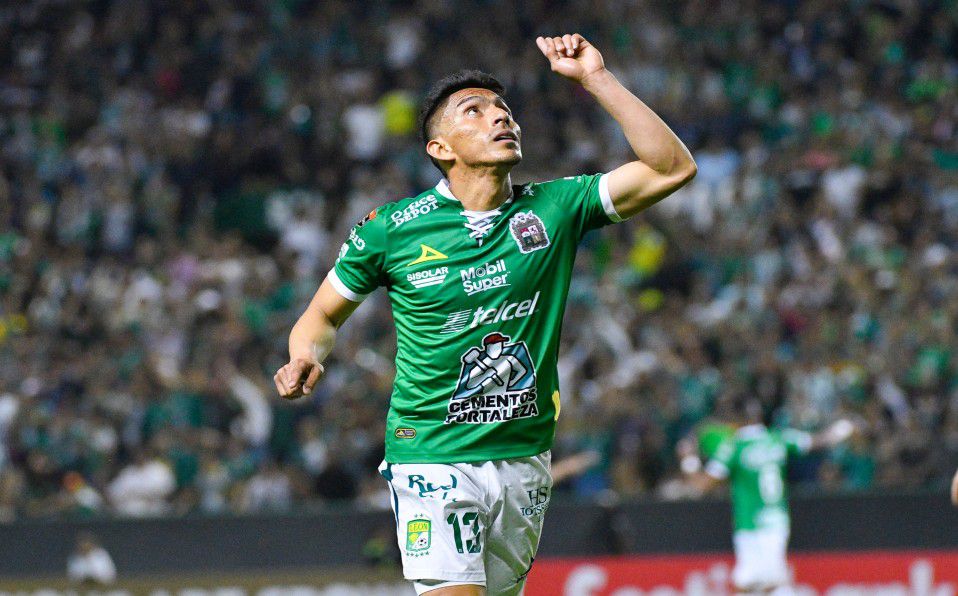 Cruz Azul: For the lead

On the other hand, the Celeste team, led by Juan Reynoso, closed the transfer market with three more reinforcements, and it is hoped that they will be able to see some minutes in this match against Leon. La Maquina de Cruz Azul also arrives to this match undefeated. The tournament began with two consecutive victories, 2-0 against Tijuana and 1-0 against Juárez. In their most recent match, Cruz Azul let the victory slip away in the last minutes and ended up returning from Monterrey with a 2-2 draw against Rayados. If they win, La Máquina could finish as leaders, as they are in third place with 7 points, two points behind first place. 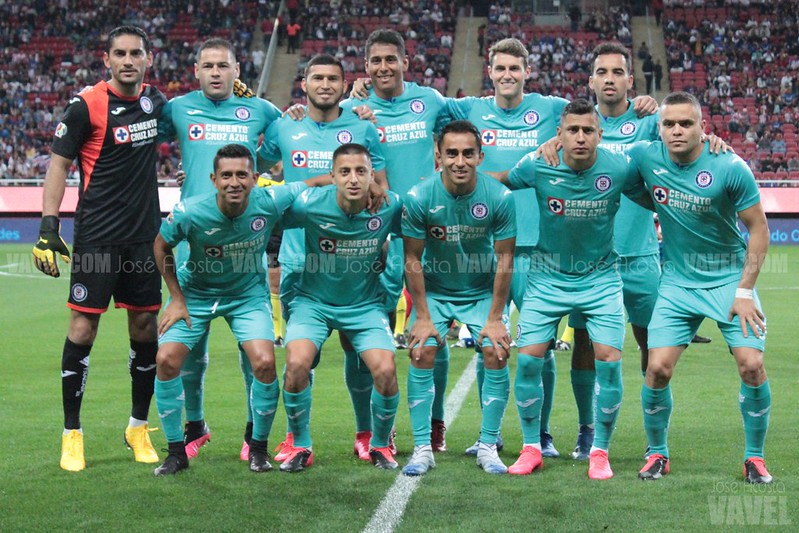 The Emerald squad, led by Ariel Holan, has had a good start to the tournament in this Clausura 2022 as they have not lost, however, they want to get rid of the thorn from last year's runner-up finish and will be looking for revenge in this tournament. Leon began the season with two consecutive 1-1 draws against Atlas and Tijuana. They then won their first victory of the tournament last week at home against the Tuzos by a score of 2-1. After these three results, León finds itself in the middle of the general table, in 9th place with 5 points from two draws and one win. 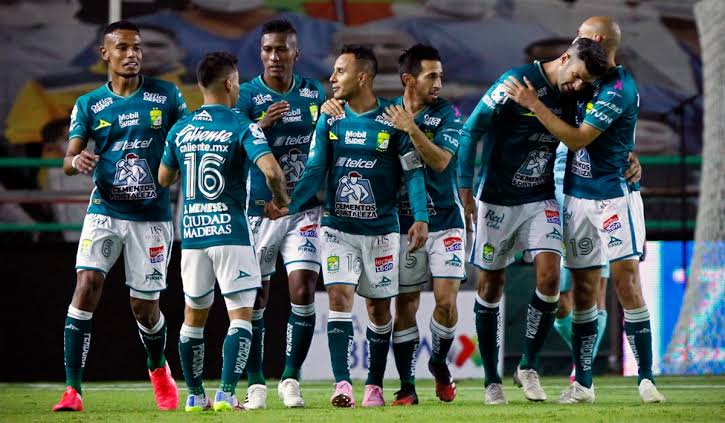 The match will be played at the Stadium Leon

The Leon vs Cruz Azul match will be played at the Leon Stadium, in Guanajuato, Mexico. The kick-off is scheduled at 10 pm ET.
9:18 PM6 months ago

Tonight marks the end of Matchday 4 activity after the FIFA date. The Leon Stadium will host a match in which two teams will be looking for a win to climb up the table. On the one hand, Ariel Holan's Leon will need to take advantage of their home advantage to move out of the middle of the table against a Cruz Azul team that wants to take possession of the leadership of the league.
9:13 PM6 months ago