Here are the best actions and goals from Middlesbrough 4-1 Derby County:
12:56 PM3 months ago

We hope you enjoyed this Championship match with a crushing victory for Middlesbrough over Derby County, stay tuned to VAVEL for much more from the world of sports.
12:54 PM3 months ago

The match ends at the Riverside and it's a resounding victory for Middlesbrough!
12:53 PM3 months ago

Tavernier almost converted the fifth with a volley, but Allsop sent the ball wide.
12:51 PM3 months ago

Balogun feints past two opponents and allows Watmore a simple finish to make the score much wider.
12:40 PM3 months ago

Lumley deflects Bird's free kick and the ball is fortuitously deflected for a corner kick.
12:38 PM3 months ago

Connolly tries again but Allsop keeps the ball in his hands.
12:36 PM3 months ago

Clever save by Allsop, who dives well to his right to keep out Tavernier's shot from the edge of the box.
12:35 PM3 months ago

Connolly looks to get a shot past Allsop with a curling effort but the ball goes wide.
12:28 PM3 months ago

Two changes on the pitch:
For Middlesbrough, Crooks makes way for McGree, while for Derby, Morrison comes in for Bielik.
12:24 PM3 months ago

Neil Taylor passes the ball to Balogub and the striker's shot from a tight angle is deflected by Allsop.
12:12 PM3 months ago

A heavy collision in the area on Balogun but the referee does not award a penalty in favor of Middles.
11:58 AM3 months ago

Three Jones assists in the game....
This time he found Crooks to score Middles' third goal of the game just before halftime.
11:47 AM3 months ago

Connolly's great half-turn shot is deflected off a defender and into the back of the net.
Middles back in front!
11:46 AM3 months ago

Good corner very nearly gives Forsyth a shooting opportunity, but the ball goes close to the player.
11:44 AM3 months ago

Lawrence's free kick is headed by Howson and then Bird volleys the ball into the bottom corner of the goal.
11:42 AM3 months ago

A superb free-kick from Tavernier, which came up just short of Balogun, but Derby are saved!
11:33 AM3 months ago

Howson attempted a 25-yard shot but the ball goes narrowly wide after a Derby deflection.
11:24 AM3 months ago

Unfortunately Lee Buchanan pushes the ball into his own goal and it's the first goal of the match!
11:22 AM3 months ago

Boro launch a counter attack and Tavernier finds Connolly on the right flank, he looks for Balogun in the middle but Ryan Allsop clears.
11:11 AM3 months ago

Space opens up for Jonny Howson and he passes to Balogun but the striker fails to control it.
11:03 AM3 months ago

Kick-off at Riverside Stadium!
10:47 AM3 months ago

They will be in charge of directing the actions on the field tonight:

The home team has faced Derby County 13 times recently, with five wins, five draws and only three wins for the visitors.
10:40 AM3 months ago

The fans of the local team are happy for the great moment the team is living, the victory against Man U and its good pace in the current Championship. 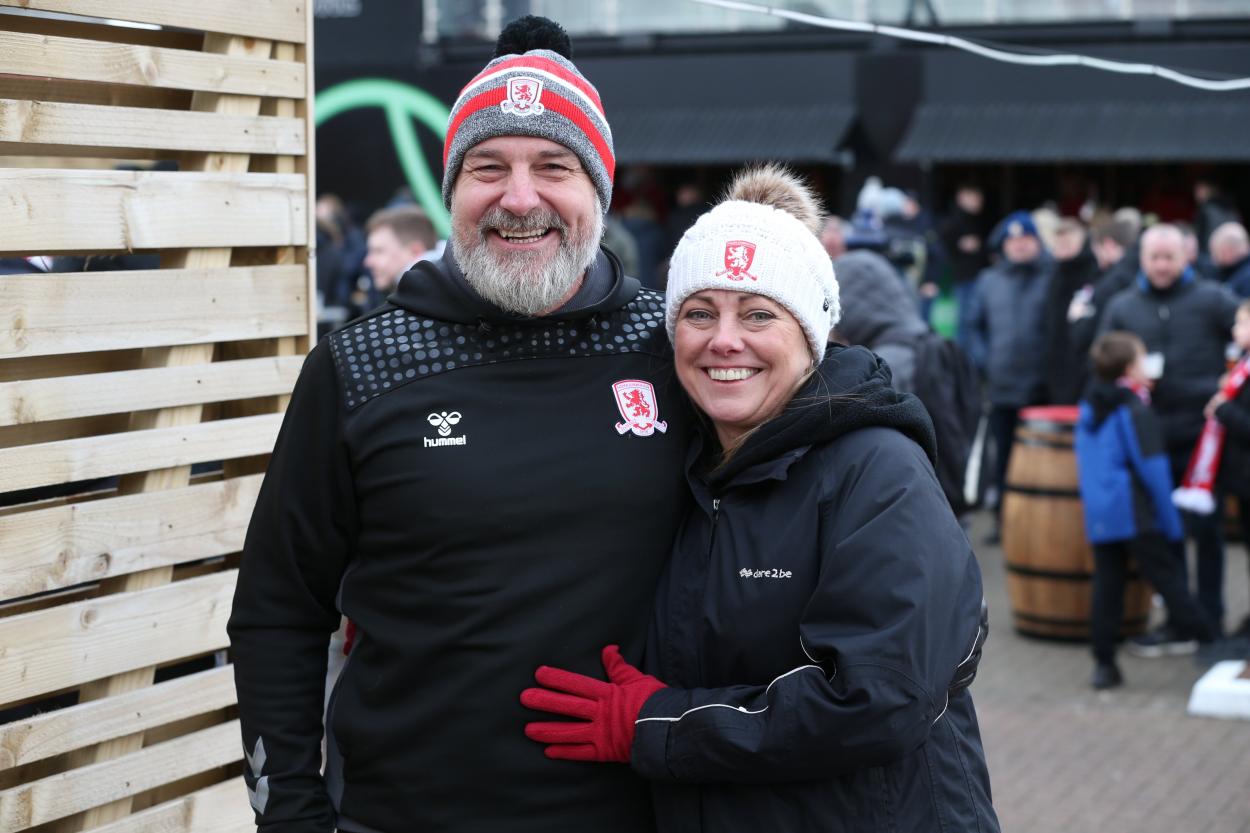 The Derby County midfielder is ready to return to the field of play, Rooney sent him into the starting line-up after a spell on the sidelines. 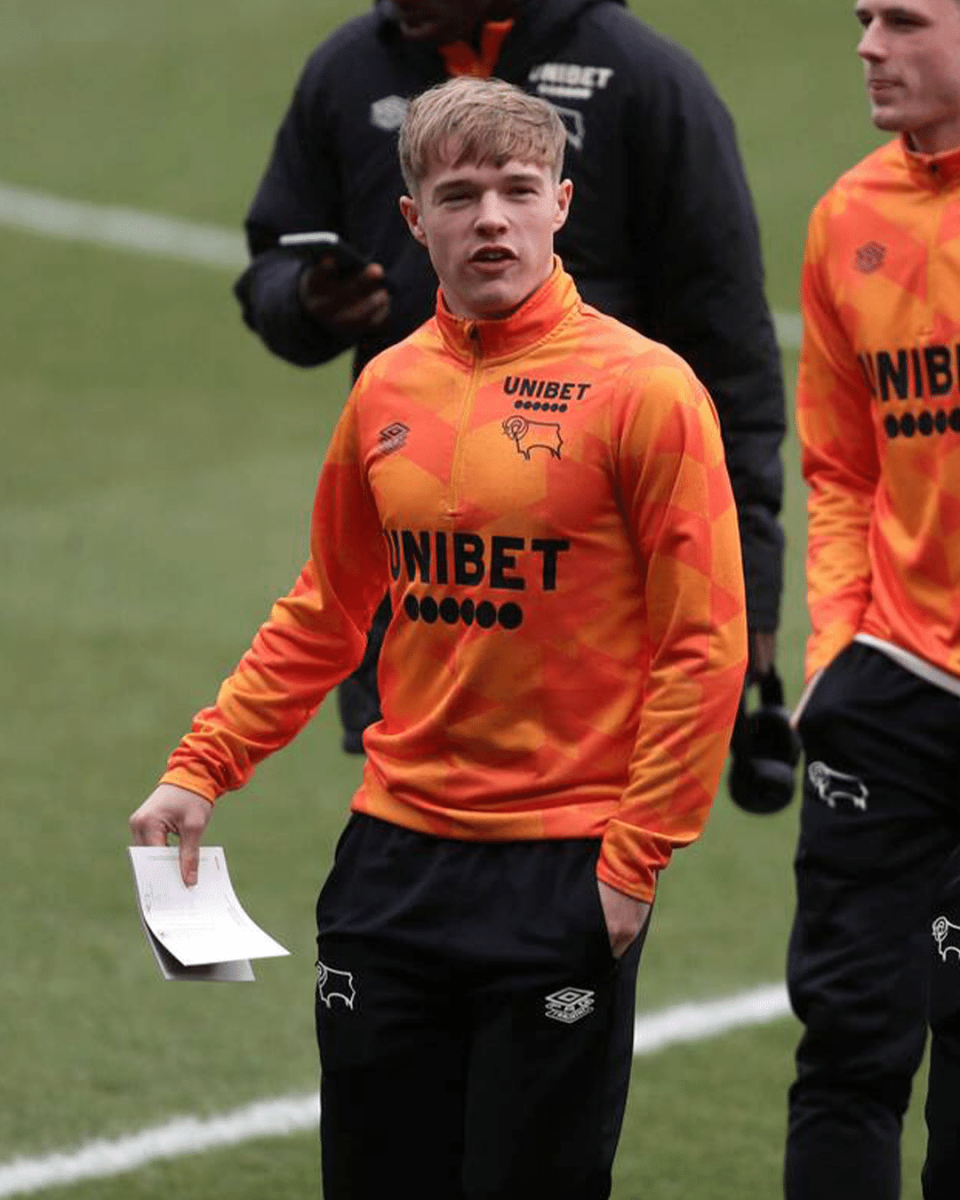 This is how Rooney will send his team out for a decisive relegation showdown tonight:

This is the 11 with which the home team will take the field:

The locals are already at the Riverside

Everything is ready for this afternoon's game, the home team is up without any setbacks and everything is smiles so far, the players' motivation is at its peak.
10:15 AM3 months ago

Although the statistics are even for both teams, results have been better this season for Middlesbrough, which with 34 goals for and 28 against is in 7th place in the general table.

On the other hand, Derby has 31 goals for and 31 against, being second last and at risk of relegation.

We'll be right back with all the details, lineups and the best minute-by-minute coverage of Middlesbrough vs Derby County.
10:00 AM3 months ago

How and where to watch Middlesbrough vs Derby County

The match will not be broadcast on television in USA.

If you want to follow it LIVE on the Internet, VAVEL USA is your best option.

Here are the 11 players Derby started with in the previous match:

These were the 11 players that Wilder sent to the field against QPR:

Welshman Tom Lawrence is an offensive playmaking machine, as he has not only contributed goals this season, but has also created plays from scratch and set up passes for his teammates in the middle of the goal.

He currently has a total of nine goals and five assists, being the best of his team in both aspects. 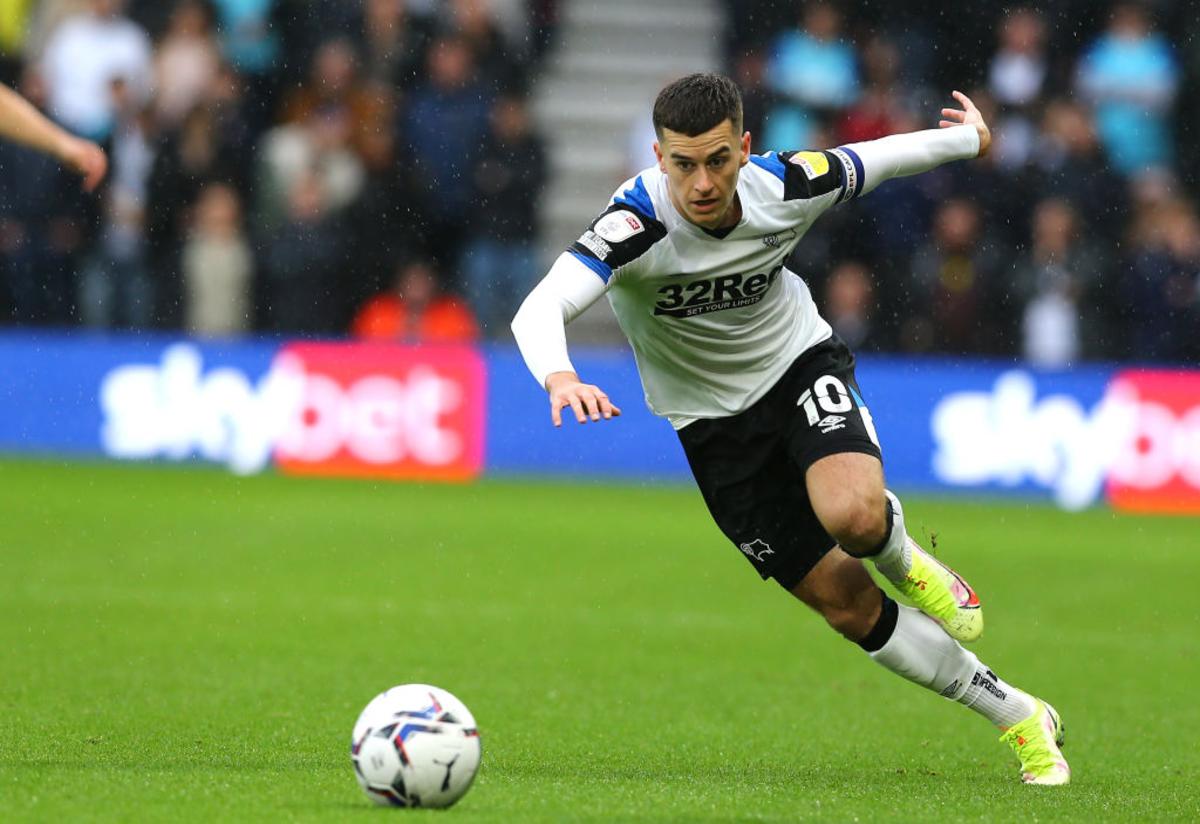 Andraz Sporar has been Midles' leading scorer this season and with seven goals leads the rest of his teammates in this category.

He is a key player who will surely provide much of the home team's offensive play tonight. 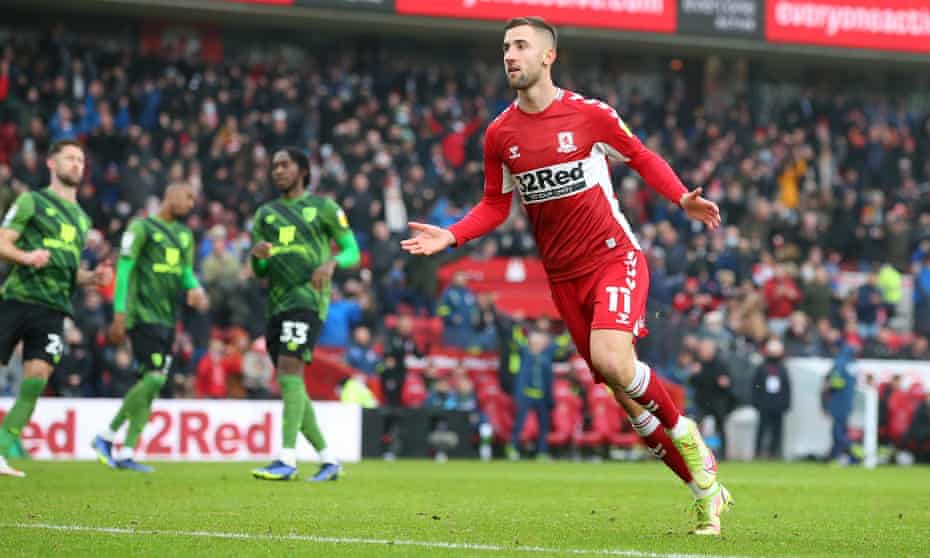 The home team managed to eliminate none other than Manchester United in the fourth round of the FA Cup, which momentarily lifted the players' spirits.

However, they drew two goals in a fairly even match against QPR, so they will be looking to get back to winning ways this matchday.

The visiting team is coming from a much-needed victory, which brings them to within four points of avoiding the relegation zone.

They defeated Hull City by a score of 3-1 with goals from Forsyth, Tom Lawrence and Ebosele, while the discount was an unfortunate own goal by Forsyth.

The match will be played at the Riverside

The Middles vs Derby County match will be played at the stadium Riverside in Middlesbourgh, United Kingdom, with a capacity of 42,000 people.

It has been the home of Middlesbrough FC since its first season in the English Premier League (1995-96).

It is considered by UEFA as a 4-star stadium, which would allow it to host a UEFA Champions League or UEFA Europa League final without any problem.

A match in which Middlesbrough arrives as favorites, positioned in eighth place in the overall table and looking for three more points at home.

In front of them they will face Derby County, a team that is fighting to avoid relegation and is currently in the second last place.