Goal, goal, goal for Puebla! Martinez sent in a tremendous bicycle kick and the ball ended up in the back of Vargas' net.
11:20 AM3 months ago

Close! Quiñones was looking for his second, entering the area alone, but Silva prevented the play from growing.
11:19 AM3 months ago

Change of Puebla. Juan Segovia comes off and Kevin Ramírez takes his place.
11:19 AM3 months ago

Atlas change. Torres comes off for Trejo.
11:19 AM3 months ago

Goal, goal, goal for Atlas! Quiñones entered the area, and with a tremendous shot, ends up opening the score in favor of the visitors.
11:19 AM3 months ago

Offside! Quiñones opened the scoring, but the referee signals offside.
11:18 AM3 months ago

Atlas change. Julio Furch comes off for Ozziel Herrera.
11:18 AM3 months ago

After Ferrareis' cross, Martinez ends up finishing, but Vargas avoids the goal.
11:18 AM3 months ago

Excellent intervention by Jaques, preventing Rocha from pushing the ball.
11:18 AM3 months ago

What a failure! Furch sent a tremendous shot with Silva outside the goal, but the ball goes wide.
11:17 AM3 months ago

Segovia intercepts Torres' shot, preventing the first from going in.
11:16 AM3 months ago

He stopped it! Silva threw himself at the left post and ends up saving Furch's shot.
11:16 AM3 months ago

Penalty for Atlas! The referee awards a penalty after Segovia's handball.
11:16 AM3 months ago

VAR! The referee reviews a handball by Segovia inside the area, possible penalty for Atlas.
11:16 AM3 months ago

It is cancelled! Reyes' goal is disallowed for a foul prior to the goal.
11:15 AM3 months ago

The game resumes at the Puebla stadium.
11:15 AM3 months ago

At the end of the first half, despite Puebla's dominance, the game is still goalless.
11:15 AM3 months ago

Reyes crosses and Barbosa shoots, but the ball goes wide.
11:14 AM3 months ago

Great play by Araújo, Jaques shoots, but the defense prevents the first goal.
11:14 AM3 months ago

Luis Reyes's cross, but no one appears to shoot at Silva's goal.
11:14 AM3 months ago

Goalkeeper! Great save by Vargas, preventing Jaques' shot from entering his goal.
11:13 AM3 months ago

The ball is being hotly contested in midfield, with both teams looking to generate danger in the opponent's area.
11:12 AM3 months ago

Close! Quiñones' shot ended up going over Silva's goal.
11:12 AM3 months ago

Goalkeeper! Great save by Vargas, preventing Ferrareis from scoring the first goal for the home team.
11:11 AM3 months ago

Araújo's header ends up in Vargas' hands without any problem.
11:09 AM3 months ago

Mancuello's cross, but the ball ends up going over the end line.
11:08 AM3 months ago

Furch's overflow, but when he crossed, no one appeared in the area and he missed a clear chance.
11:08 AM3 months ago

Action continues at the Cuauhtémoc Stadium for the match between Atlas and Puebla.
11:06 AM3 months ago

Both Puebla and Mazatlán are already on the Cuahtémoc pitch getting ready for the match corresponding to Matchday 5.
11:04 AM3 months ago

With Larcamón leading the team, Puebla is already at home, looking for three points in this important match.
11:03 AM3 months ago

The red-and-black team, led by Cocca, is already at the Cuauhtémoc stadium, and tonight they will be looking to continue their good streak.
11:03 AM3 months ago

Pablo Parra has taken over the midfield as well as the distribution of the ball for the team, so in this match he will be looking to generate danger in Atlas' area.
11:02 AM3 months ago

One of the best!

Puebla and Atlas are among the best defenses with only two goals conceded, a number they will be looking to maintain by closing down their defense.
11:02 AM3 months ago

This is what the Cuauhtémoc Stadium looks like for tonight's game where Puebla will host Atlas in search of more victories. 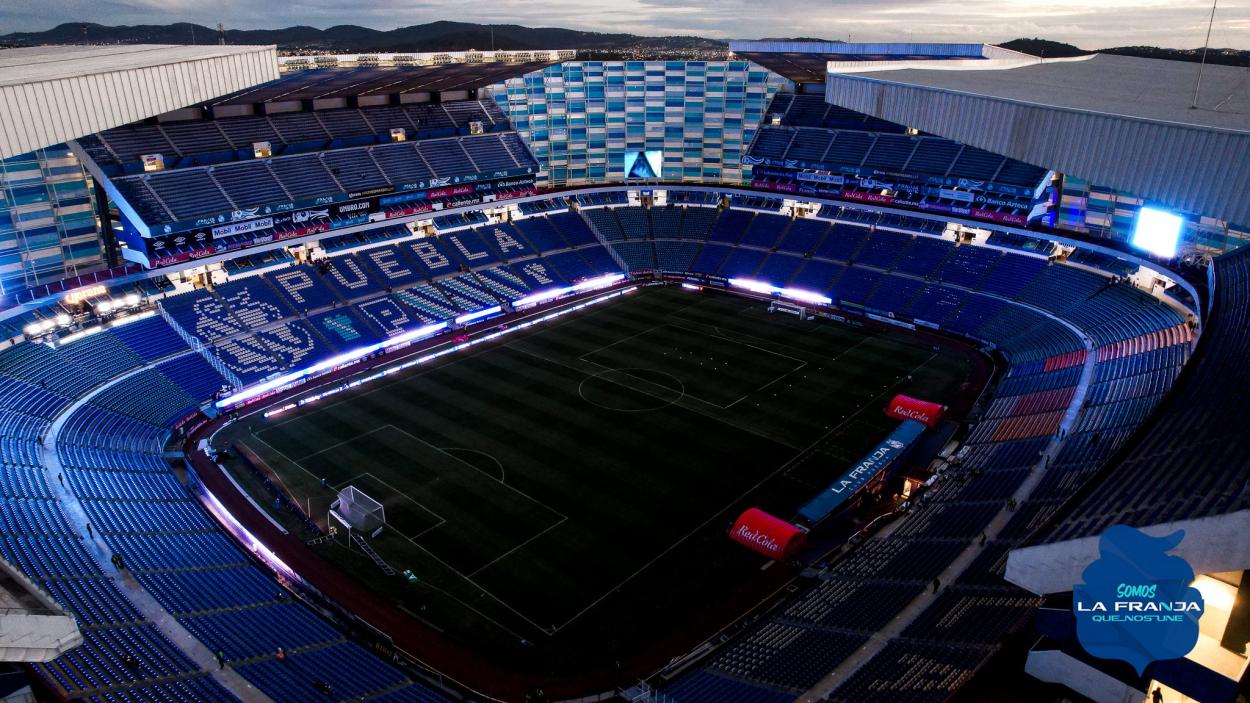 Atlas comes in as the seventh best offense with seven goals scored, in this match they will be looking to cut Puebla's good streak.
10:59 AM3 months ago

Puebla comes into this game as the second best offense in the tournament, having scored eight goals in four games, a number they will be looking to increase.
10:59 AM3 months ago

We're back to bring you minute-by-minute coverage of the match between Puebla and Mazatlan. We will shortly share with you the confirmed lineups as well as the most important information leading up to this match.
9:38 PM3 months ago

Stay tuned for the Puebla vs Atlas live stream.

In a few moments we will share with you the Puebla vs Atlas live starting lineups, as well as the latest information from the Estadio Cuauhtemoc. Be sure to follow the match live online with VAVEL's minute-by-minute coverage.
9:33 PM3 months ago

How to watch Puebla vs Atlas Live Stream on TV and Online?

If you want to watch the game Puebla vs Atlas live on TV, your options is: TUDN.

Nicolás Larcamón spoke prior to the match against the Red and Blacks: "We have had parameters since the beginning of the tournament. All the rivals are demanding, for us there is no easy opponent. Atlas not only has just won the championship, but also has a clear idea of the game and a coach who has a process in place. I don't think that a result in favor or against, says what we are for".

"I don't think that this match will be taken as the media game of the week. Those who like good soccer and soccer will know that it will be an attractive game, very tactical, physical, perhaps close. I think there will be a tactical battle that will be perceived in the development of the game".

"He has done something historic at Atlas, just as he did at Racing (of Argentina), and at Defensa (y Justicia) he also made it successful. He and his coaching staff have shown that this is a great working team."

Atlas comes to this match after beating Santos at the Jalisco, two goals to one, and has had a good start and will be looking for a good match against Puebla. 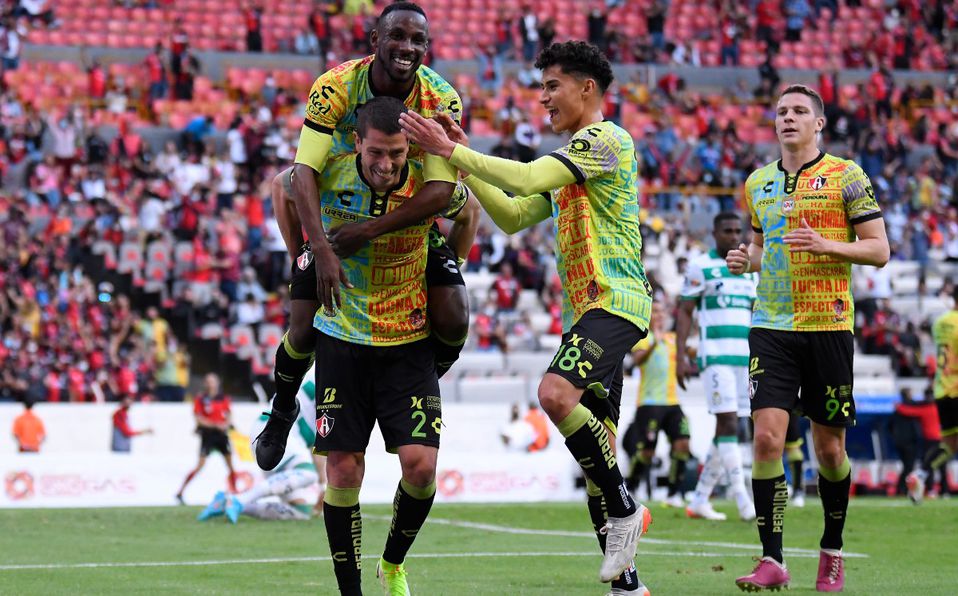 Puebla will be looking to beat the current champion in this match, which is also on a good pace in this Clausura 2022, in its last match it beat Querétaro two goals to zero at the Estadio Corregidora. 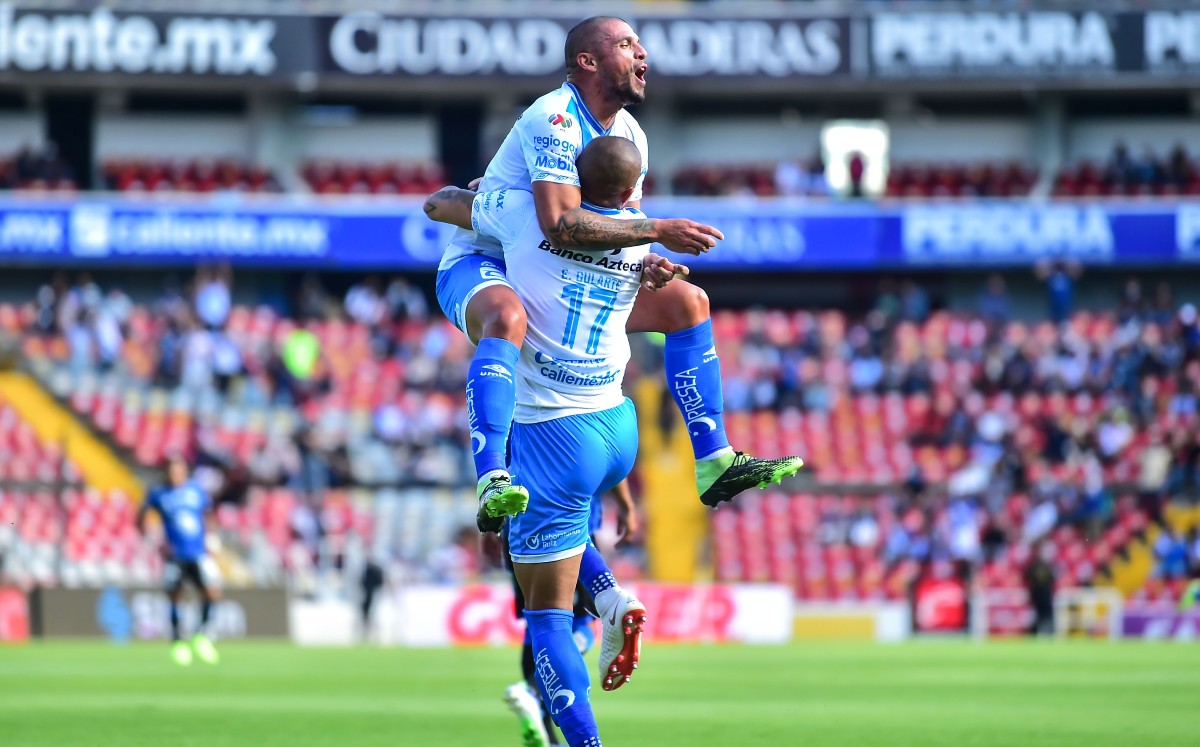 The match will be played at Cuauhtémoc Stadium.

The Puebla vs Atlas match will be played at Estadio Cuauhtémoc, located in Puebla, Puebla. The stadium has a capacity for 51,726 people.
8:58 PM3 months ago