It's over! Barcelona rescues the tie in the last minute.
5:56 PM3 months ago

They are leaving! After a fierce confrontation, Melamed and Piqué leave the match with a red card.
5:49 PM3 months ago

The cross ends up in the hands of Diego López.
5:47 PM3 months ago

Traoré's cross, but Aubameyang fails to make contact with the ball.
5:42 PM3 months ago

Excellent intervention by Vidal, preventing Dembélé from entering the area.
5:39 PM3 months ago

Pedroza came close, but the blaugrana defense ended up preventing the third.
5:31 PM3 months ago

Barcelona changes. Gavi and Alba are replaced by Gabi and Dembélé.
5:31 PM3 months ago

Pedri's half turn and shot at goal, but it ends up in the hands of López.
5:24 PM3 months ago

Goal, goal, goal for Espanyol! Tomás popped up inside the box just to put the home side ahead.
5:21 PM3 months ago

Espanyol change. Vilhena and Bare come off for Melamed and Morlanes.
Barcelona substitution. Aubameyang comes on for Frenkie de Jong.
5:18 PM3 months ago

It is cancelled! The referee disallows Barcelona's goal due to offside of de Jong
5:15 PM3 months ago

Goal, goal, goal for Barcelona! After a series of attempts, Gavi gets past the defenders and ends up firing a tremendous shot to put the visitors in front.
5:12 PM3 months ago

Ferran Torres arrived with danger, but the Espanyol defense ended up preventing him from shooting at goal.
5:05 PM3 months ago

Both teams will be looking for the three points.
5:05 PM3 months ago

At the end of the first half, in a hard-fought match, the score is tied at one goal.
4:42 PM3 months ago

Goal, goal, goal for Espanyol! Darder takes a delayed ball that ends up in the back of Stegen's net.
4:40 PM3 months ago

Adama Traoré's shot, but the ball goes over the goal.
4:22 PM3 months ago

Intense duel in Barcelona, Espanyol is looking to tie the match.
4:05 PM3 months ago

Goal, goal, goal for Barcelona! After Alba's cross, Pedri appears to push the ball in and open the scoring.
4:03 PM3 months ago

Actions begin at the Espanyol Stadium
4:01 PM3 months ago

The Espanyol fans were present before the match to welcome the Catalan team. 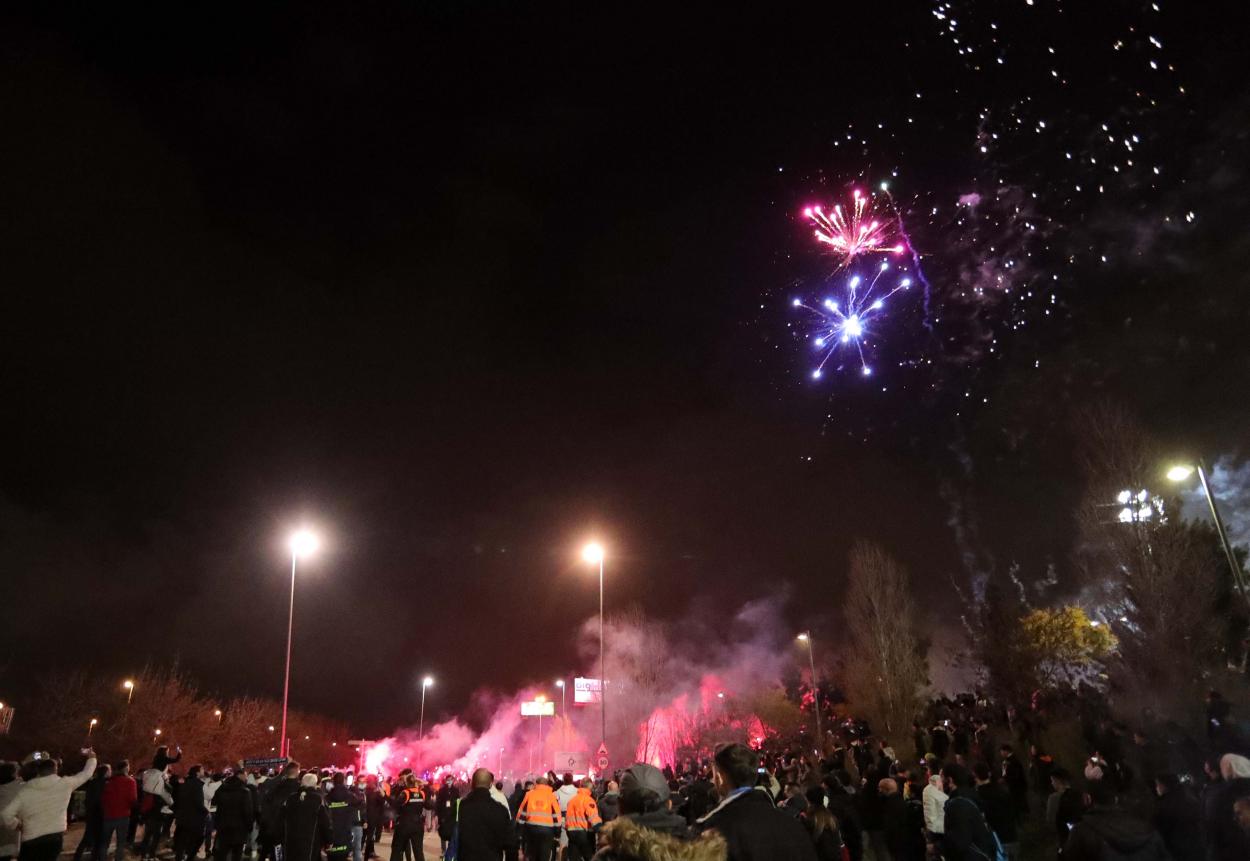 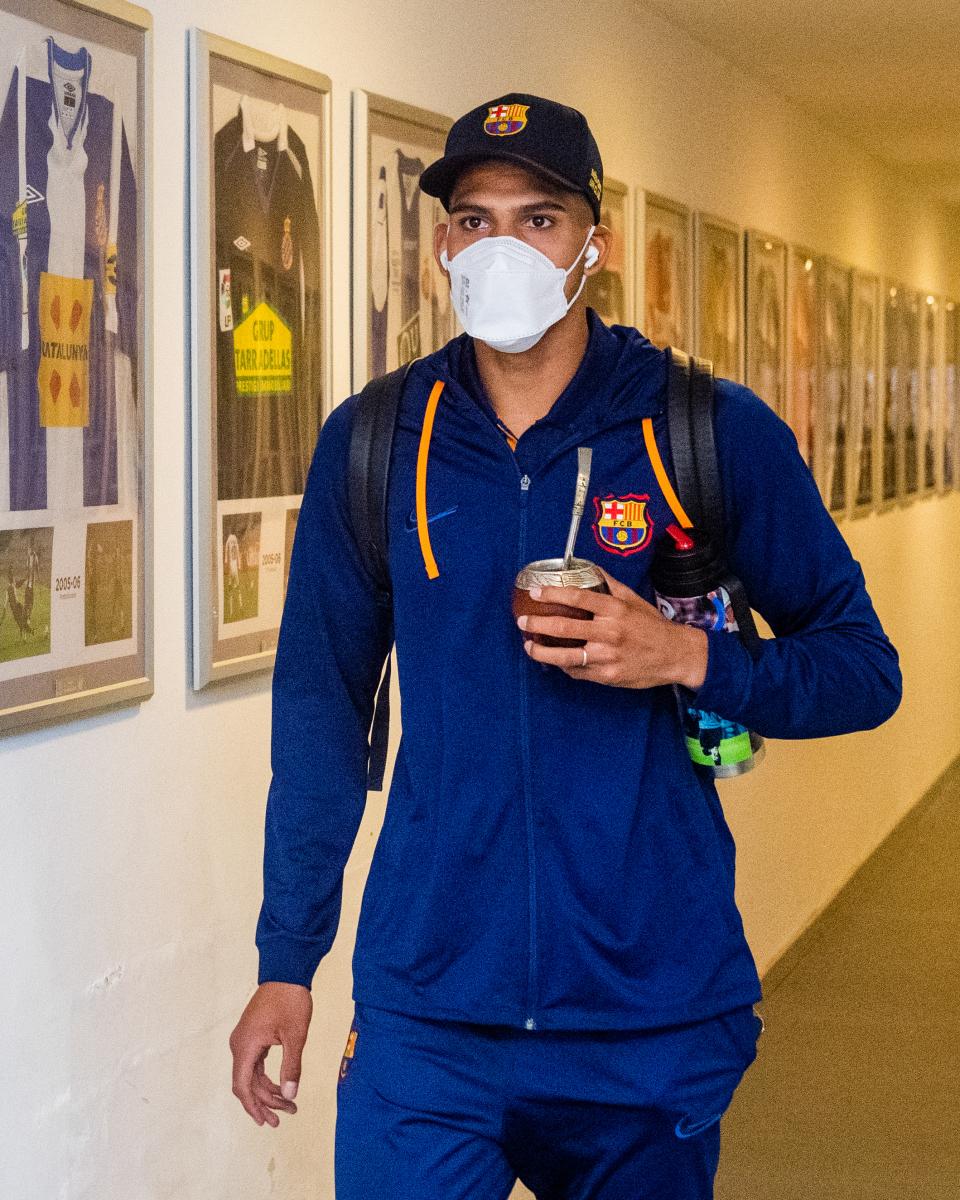 Espanyol is already at Cornella-El Prat, looking to emerge victorious against Barcelona and cut a positive streak of the opponent.
3:36 PM3 months ago

To improve the balance

Barcelona must pay special attention to Raúl de Tomás, the striker has twelve goals in the current season and is the third highest scorer of the season, so the visitors' defense must be very attentive.
3:21 PM3 months ago

Eric García is the novelty in the call-up list of the Barcelona team. The player received the medical clearance and will be able to play minutes.
3:16 PM3 months ago

Barcelona have beaten Espanyol in 23 consecutive matches, and if they win this match, they would have one of the best records ever.
3:11 PM3 months ago

There are 173 matches that these teams have played against each other, of which Espanyol has failed to win 101.
3:06 PM3 months ago

We are back to bring you the minute by minute of the match between Espanyol and Barcelona. We will shortly share with you the latest information as well as the confirmed line-ups of both teams.
3:01 PM3 months ago

Stay tuned for the Espanyol vs Barcelona live stream.

In a few moments we will share with you the Espanyol vs Barcelona live starting lineups, as well as the latest information from the Estadio Cornellat-El Prat. Keep an eye on the match with VAVEL's minute-by-minute live online coverage.
2:56 PM3 months ago

How to watch Espanyol vs Barcelona Live Stream on TV and Online?

If you want to watch the game Espanyol vs Barcelona live on TV, your options is: ESPN+.

What time is the Espanyol vs Barcelona LaLiga match?

This is the kick-off time for the Espanyol vs Barcelona match on February 13, 2022 in several countries:

Xavi spoke before the match against Espanyol: "Today we have worked on it. When Messi was 20 or 21 years old he didn't shoot free kicks until one day Tito told him to shoot them. We have good shooters, Memphis, Alves... today Pedri, Eric, Frenkie... we will make a list for each game and decide the staff. It's a training thing."

"Now we are in a good moment of form and we want to consolidate it. We don't want the match against Atlético de Madrid to be a one-day event. It's another final and another litmus test."

"We'll see how far we're capable of going, but it's clear that we depend on the teams ahead of us and on achieving that necessary consistency."

"It is important to know how to attack the spaces without disconnecting in the strategy. The wingers must be able to score goals. On a tactical level we have gained a lot, we now play in a zone. In general we are improving in many aspects. We are growing because we are on top of the player.

He also spoke about Dembélé: "He is a team player and we have decided that he should be part of the squad. We can't shoot ourselves in the foot. We must use him, he can help us. He has been a good professional when he has been in the squad and when he hasn't".

Barcelona comes to this match after beating Atletico Madrid four goals to two, giving a respite to the team led by Xavi, reaching the fifth position in the table. 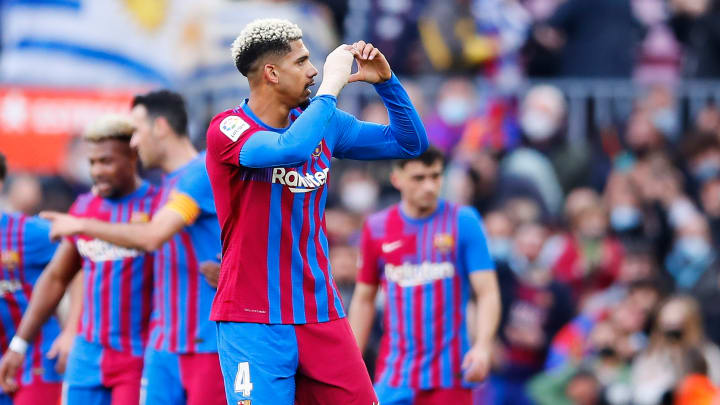 Espanyol comes to this match after losing two goals to one against Athletic, the same reason why they are located in the thirteenth position of the general table. 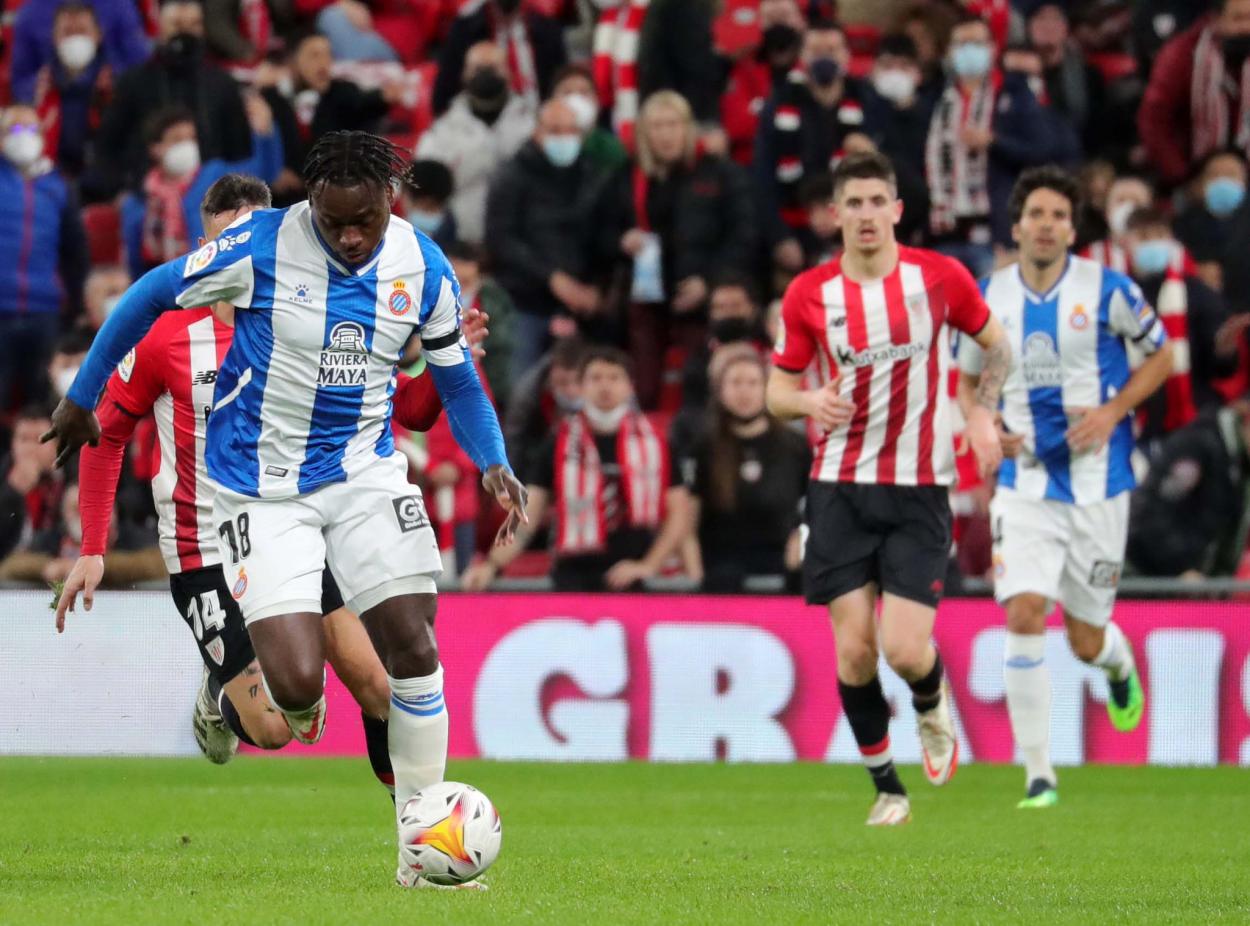 The match will be played at the Cornella-El Prat Stadium.

The Espanyol vs Barcelona match will be played at the Cornella-El Prat Stadium, located in Barcelona, Spain. The stadium has a capacity for 40,000 people.
2:16 PM3 months ago

Welcome to VAVEL.com’s coverage of the 2022 LaLiga match: Espanyol vs Barcelona Live Updates!