The goals of the match!

A match where Atletico dominated the match, they had a lack of chances, but they took advantage of their chances and scored 3 goals, Osasuna had chances but they went off target or to the post.
1:01 PM3 months ago

A great pass from Koke, who leaves Correa alone, chips the goalie and goes in!!
12:55 PM3 months ago

Javi Martinez is in

Nacho Vidal is out

Marcos Llorente is out

Angel Correa is in

Mario Hermoso is in

Yannick Carrasco is out

Javi Serrano is in

Joao Felix is out

Manu Sanchez is out

Luis Suarez is out

Geoffrey Kondogbia is in

Ruben García is out

Kike Barja is in

Roberto Torres is in

Ezequiel Ávila is out

What a great goal!! A corner from Osasuna, that ended in Joao Felix feet, and pases a ball to Suarez, who sees out Osasuna's goalie and shoots from really long range and goes in!!
12:26 PM3 months ago

There is a change!

Jose Gimenez is out due to an injury

A first half where Osasuna attacked a lot, had some effective chances, but couldn't score, Atletico are defending well, and they scored in their first chance due to a corner, let's hope for a better second half!
11:54 AM3 months ago

A great corner from Ruben Garcia, David Garcia arrives and it hit the post and the defender clears it!!
11:49 AM3 months ago

Chimi Avila recieves it
11:32 AM3 months ago

A great cross from Moncayola, David Garcia contacts the ball but it goes out!!
11:19 AM3 months ago

A dead ball after a corner, which reaches Joao Felix and he shoots on goal and goes in!!!
11:15 AM3 months ago

Atletico have the control!

Atlético and Osasuna have met many times in recent years, and Atlético has won many more times. Osasuna have won 1 time, they have drawn once and Atletico have won 13, will everything change and Osasuna will take the second win or will Atletico continue to dominate?
11:02 AM3 months ago

"Cholo" Simeone today decided to play HH in the starting XI, since he always came in as a substitute from time to time, and today he decided to leave Geoffrey Kondogbia on the bench (he is the one who occupies the place where HH will play today) Will he have a good match today? 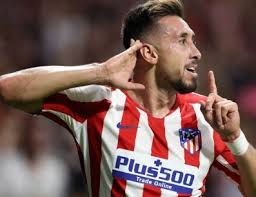 Jagoba Arrasate decided not to make a single change to play Atletico, and that is because they played very well against Rayo Vallecano last matchday. Will the tactic work? 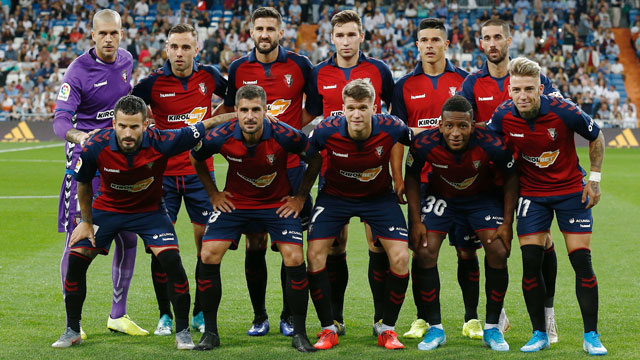 Players leaving to go to the stadium!

🚌 We leave the hotel! pic.twitter.com/S2M4Tz6OV4

The players arriving at the stadium!

Only 2 Atletico players are injured!

The same case of Osasuna, just two players injured, and they are Daniel Wass (who is going to be out until mid march thanks to a knee injury) and Matheus Cunha with the same injury.
10:19 AM3 months ago

Osasuna only have 2 players injured!

Almost the entire Osasuna squad is healthy, except for Aridane Hernández who has a muscle injury, and Jesús Areso who has a wrist injury.
3:31 AM3 months ago

Tune in here Osasuna vs Atletico

In a few moments we will share live the starting eleven of Osasuna vs Atletico as well as recent information of the El Sadar. Do not lose detail of the game with the minute by minute in VAVEL.
3:26 AM3 months ago

The 26 year old Argentine is having the season of his life, having won the player of the month of LaLiga in January, he is been really good for Atletico, having scored 10 goals and 4 assists, being the top scorer of the team, he has scored 3 times in the last four matches, will he provide with some goals tomorrow? 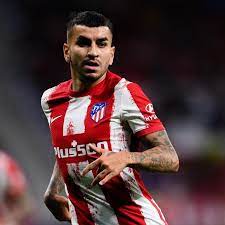 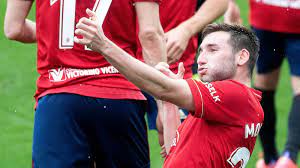 When and where to watch Osasuna vs Atletico

The game will be broadcast on ESPN + and SKY Sports, but if you want to see it live and online, VAVEL is your best option.
3:11 AM3 months ago

Some of the times to watch the match

Atlético de Madrid is having a season to forget, since they are coming off a defeat that Atlético was never expecting, since they lost at home against Levante who had not had more than one victory, and it was thanks to a solitary goal from Gonzalo Melero, and with that Atlético stayed in fifth place, will they be able to go back up to fourth place tomorrow?
2:51 AM3 months ago

El Sadar located in Pamplona, Spain will be the stadium that will house the match between Osasuna and Atletico corresponding to matchday 25 of LaLiga . This stadium has space for  23,576 people
2:41 AM3 months ago

Welcome to the transmission of the Osasuna vs Atletico match corresponding to matchday 25 of theLaLiga. The venue of the match will be at the El Sadar at 9:15 am.

Seattle Sounders vs Minnesota United preview: How to watch, team news, predicted lineups, kickoff time and ones to watch 3 hours ago

NYCFC 2-0 Columbus Crew: Boys In Blue cap unbeaten homestand with victory in the Bronx 3 hours ago
//