It's over! No harm done, Atlas and Pumas end up splitting units
11:06 PMa year ago

A dangerous ball for Corozo, but Abella saves his shot and prevents him from creating danger.
11:00 PMa year ago

Herrera's shot from Furch's cross ends up in the stands.
10:55 PMa year ago

The red-and-black team crosses, but the university defense cuts off the pass.
10:52 PMa year ago

Jerónimo Rodríguez tries to counter-attack, but Vargas gets in the way.
10:46 PMa year ago

Close! Aguirre's header, but the ball hits the post.
10:43 PMa year ago

Reyes' dangerous cross and Talavera appears in the area to get the ball.
10:38 PMa year ago

Double change for Pumas. Nico Freire and Sebastián Saucedo come on for Jesús Rivas and Diogo Oliveira.
10:34 PMa year ago

Dangerous cross looking for Dinenno, but the ball goes wide.
10:27 PMa year ago

Atlas is on top of the Pumas goal, looking to score the first one
10:19 PMa year ago

Rogério's shot, but the ball hits the outside of the net.
9:56 PMa year ago

Atlas tried to generate danger, but the pass was too long and the ball went down the sideline.
9:47 PMa year ago

A shot from Quiñones, but the ball ends up in the hands of Talavera.
9:43 PMa year ago

Leo López's cross, but the ball ends up in Vargas' hand.
9:40 PMa year ago

Jairo Torres' shot, but the ball ends up in Talavera's hands.
9:32 PMa year ago

Excellent intervention by Vargas, preventing Saucedo from hitting the ball and generating danger.
9:26 PMa year ago

The referee decides to show Zaldívar a yellow card.
9:23 PMa year ago

VAR! The referee will review a strong tackle by Zaldívar on Meritao.
9:21 PMa year ago

The duel is back and forth, both teams look for the opponent's goal, but cannot define in the last line.
9:21 PMa year ago

The match between Atlas and Pumas kicks off, the match that closes the sixth matchday of the Clausura 2022.
8:58 PMa year ago

Both teams are already on the field, getting ready to start the match.
8:48 PMa year ago

The Red and Blacks are already in Guadalajara, where they will seek to continue their positive streak and make it three in three.
8:47 PMa year ago

Pumas, with Alfredo Talavera leading the Auriazules, are already present at the Jalisco Stadium, and tonight they will be looking for three points. 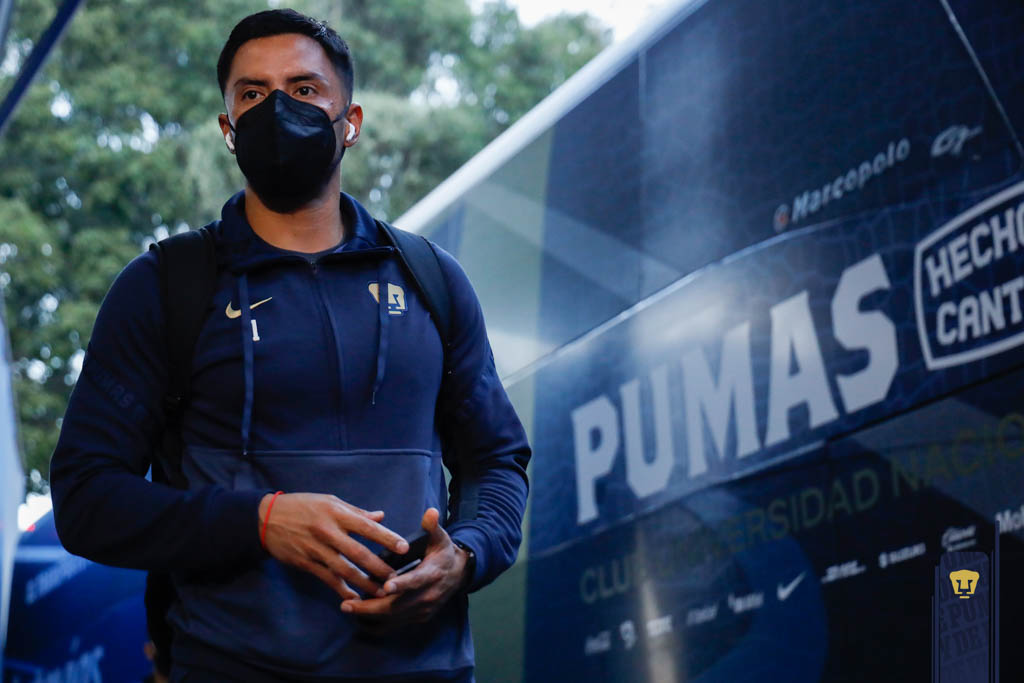 Atlas has to pay special attention to Jose Rogério, the Brazilian is the most lethal player and the scorer of the universitarios, so the locals have to be very careful.
8:28 PMa year ago

Emanuel Aguilera is out of this match after a calf muscle injury.
8:18 PMa year ago

Pumas will be without Christian Battocchio, Alek Álvarez, Amaury Marcía, Ruvalcaba and Favio Álvarez, all of whom are injured and will be out for at least a week.
8:13 PMa year ago

This week, the possible departure of Jairo Torres to MLS was announced, a tough loss for the red and black team for this tournament.
8:08 PMa year ago

We are back to bring you minute-by-minute coverage of the match between Atlas and Pumas, and we will soon share with you the starting lineups and the most relevant information about the match.
8:03 PMa year ago

In a moment we will have the LIVE broadcast of Atlas vs Pumas, find out all the news and lineups before anyone else on VAVEL.
7:58 PMa year ago

How and where to watch Atlas vs Pumas

The match will be broadcast on TUDN USA.

If you prefer to follow the match online, remember that your best option is VAVEL USA.

This is how Lillini's team played in the previous match against León:

This is how the red-and-black team played against Puebla the previous day:

José Rogeiro is one of the university team's best strikers and has scored a total of four goals in five games this season, so if he scores a brace tonight, he would average a goal per game.
The Brazilian player has been getting along very well with the rest of the team, standing out in a great way with the Universidad Nacional Autónoma de México team. 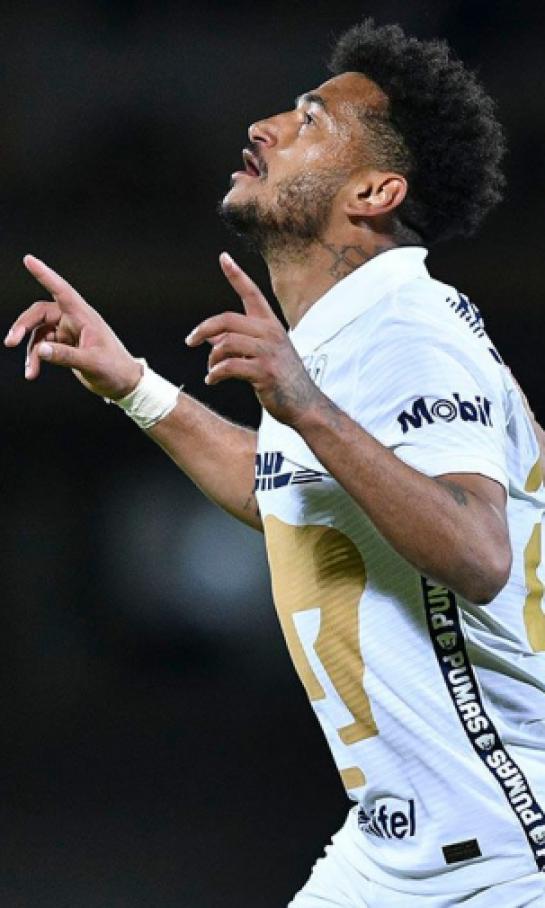 Julián Quiñones is one of the most unbalanced players not only in Atlas, but also in Liga MX, due to his speed and good ball control.

He currently only has one goal this season, which he scored in the previous game, however, he has been a generator of play for his team and a fundamental factor for the red and blacks to be in first place in the general table. 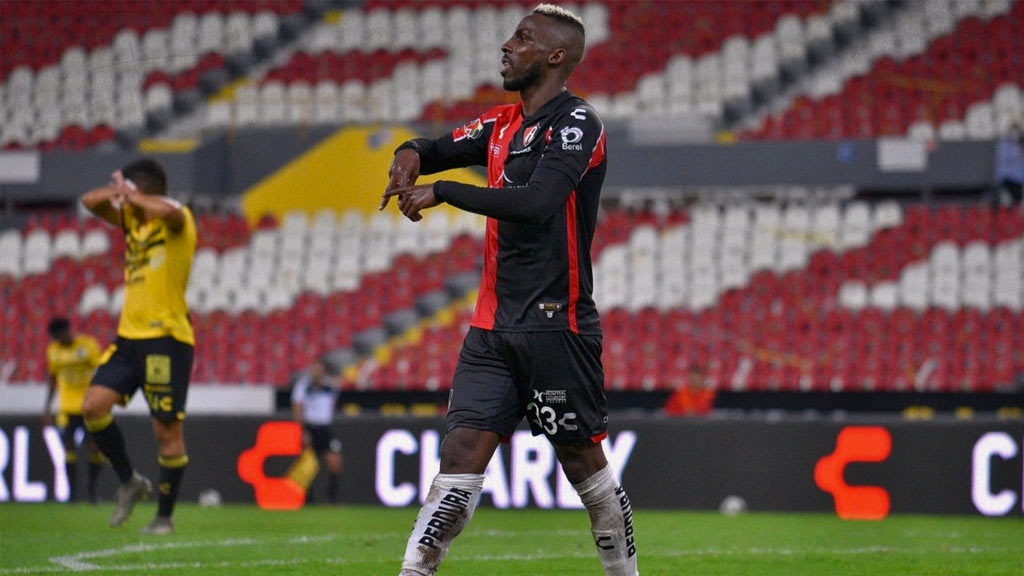 The match will be played at the Jalisco

The Atlas vs Pumas match will be played at the stadium Jalisco, in Guadalajara, Mexico with a capacity of 55,110 people.

It is currently the home of the teams Atlas, of the First Division, the Leones Negros of the University of Guadalajara of the MX Expansion League and Deportivo Cafessa of the A Series Premier League.

Pumas seeks to get into the playoff zone

The university team's goal is to qualify for the playoffs, but they have had an intermittent start with three wins and two losses, which currently leaves them with nine points.

In the previous match they defeated León by a score of 2-1 with goals from Rogeiro and Palermo Ortíz.

Tonight, Atlas will seek to remain undefeated and continue fighting with Puebla for first place in the general standings.

In the previous match, they faced the "Camoteros" in a very even match that ended in a one-goal draw.

Welcome to VAVEL.com’s coverage of the 2022 Liga MX match: Atlas vs Pumas!

Two teams with great aspirations in the tournament are about to face each other; the current Mexican soccer champion, which is in second place in the overall standings, receives Pumas, which is in seventh place.

The university players will be looking for one more victory that will put them in first places.