NOR4
END5 hours ago

It's over! Cruz Azul defeats Toluca at home.
9:59 PM4 months ago

Guzmán's cross and Corona gets in the way before the striker makes an impact with the ball.
9:52 PM4 months ago

Giménez looked for Rómulo, but the defense ended up preventing the ball from passing.
9:51 PM4 months ago

Goal, goal, goal for Cruz Azul! Giménez's header, the striker got up inside the box and sent the ball into the back of the net.
9:46 PM4 months ago

Penalty for Cruz Azul! Castañeda brings down Antuna inside the box and the referee awards the penalty.
9:45 PM4 months ago

Cruz Azul changes. Giménez and Abram are substituted for Angulo and Lira
9:41 PM4 months ago

Change for Toluca. Jordan Sierra comes on for Samudio.
9:40 PM4 months ago

Sanvezzo's dangerous arrival, but Mayorga ends up taking the ball away from him in a cutback.
9:38 PM4 months ago

Goal, goal, goal for Cruz Azul! After a series of shots were blocked by the defense and a ball hit the post, Rodríguez headed in to put the visitors ahead.
9:29 PM4 months ago

It is not! The referee determines that Corona brushes the ball and does not signal a penalty kick.
9:27 PM4 months ago

VAR! A possible penalty after the play between Corona and Canelo will be reviewed in the video referee.
9:27 PM4 months ago

How strong! Alexis Canelo won the ball from Corona, but it ended up hitting the striker in the face.
9:22 PM4 months ago

It is not! The referee reverses his first decision and decides to restart the match without the penalty.
9:15 PM4 months ago

VAR! The penalty will be reviewed.
9:11 PM4 months ago

Penalty for Cruz Azul! The referee awards the penalty after a ball hit Baeza's shoulder.
9:06 PM4 months ago

The second half restarts in Toluca.
8:56 PM4 months ago

At the end of the first half, Toluca and Cruz Azul are currently tied at one goal.
8:54 PM4 months ago

Canelo's powerful shot and the ball ends up in Corona's hands.
8:49 PM4 months ago

Service to the area by Cruz Azul, but the ball ends up being rejected.
8:40 PM4 months ago

Ball looking for Tabó, but the pass was too long.
8:36 PM4 months ago

Cruz Azul looks for the second, but fails to define correctly
8:28 PM4 months ago

Goal, goal, goal for Toluca! Sanvezzo shoots into the goal and ties the match.
8:23 PM4 months ago

Quite a tight duel with fouls by both teams.
8:15 PM4 months ago

Goal, goal, goal for Cruz Azul! After a free kick, Escobar gets up inside the box and heads in to open the scoring.
8:07 PM4 months ago

The match kicks off at Estadio Nemesio Diez
7:52 PM4 months ago

With Ambríz at the helm, Toluca is already present at home, where they will be looking to have a good game and add to their celebration.
7:47 PM4 months ago

Cruz Azul, with Reynoso at the helm, is already at the Nemesio Diez, where they will be looking to emerge victorious tonight.
7:42 PM4 months ago

This afternoon at the Nemesio Diez, Toluca celebrates 105 years of existence in Mexican soccer.

Cruz Azul comes into this game with seven goals scored and four conceded, so they will go all out to add goals to their favor.
7:29 PM4 months ago

Leo Fernández is the player who generates the most danger for the Diablos Rojos del Toluca, with two goals to his credit, the player will be looking to generate danger to put his team ahead.
7:22 PM4 months ago

Toluca and Cruz Azul have faced each other 61 times, 17 of these matches have ended in a draw, but Cruz Azul dominates the series with 25 wins to Toluca's 19.
7:16 PM4 months ago

Toluca comes into this game with six goals scored, which are divided among several of their players, and seven goals conceded, so their defense will have to be well prepared to avoid the attacks.
7:11 PM4 months ago

Toluca must pay special attention to Carlos Rodríguez, the midfielder will be looking to generate danger in the scarlet area and open the scoring, looking for another Celeste victory.
7:06 PM4 months ago

We're back to bring you minute-by-minute coverage of the match between Toluca and Cruz Azul, the sixth matchday of the Clausura 2022. We will shortly share with you the main lineups, as well as the most relevant information about the match.
7:01 PM4 months ago

In a few moments we will share with you the starting lineups for Toluca vs Cruz Azul live, as well as the latest information from the Estadio Nemesio Diez. Don't miss any details of the match with VAVEL's minute-by-minute live online coverage.
6:56 PM4 months ago

How to watch Toluca vs Cruz Azul Live Stream on TV and Online?

If you want to watch the game Toluca vs Cruz Azul live on TV, your options is: TUDN.

Juan Reynoso spoke after the narrow win against Forge: "We lacked that malice, that killer spirit to define games, because nobody forgives us, they come at us once or twice and score one or two goals. If we value those balls in the box and we are convincing, we would say that the qualification would be more on track, with the details of the game, everything is discussed, reviewed and with the video it will be clearer".

"Today, beyond the fact that this is a league that is in its first years, we all know each other, we knew it was going to be complicated and the wind was a factor, we couldn't get the ball out of play because they stay in the middle of the way, we didn't kill".

Goalkeeper Luis García spoke prior to this match: "I am happy with my recent performances, I think I have been improving over time. I am not satisfied with that, I want to continue working and I want to continue helping the team. the team is aware that by working together and with a winning mentality we are going to do great things".

"The truth is that I am happy and committed to the team to continue giving the best of me, so that they see the best version of Luis García. i believe that from here on out i will always give everything for these colors, for the shield. more than anything i work thinking about being a great at Club Toluca because it is a very big team, where the fans, the team, the owner deserves everything."

"We have to be strong at home. a very complicated team is coming and we have to go out to win, think about that, only about winning and I think the team is focused on that, at home we must not let points go, we are very aware of that".

Despite the fact that Cruz Azul defeated Forge in midweek by the minimum score in the Concachampions; however, last week they lost two goals to one against Necaxa, so this afternoon they will be looking for a win. 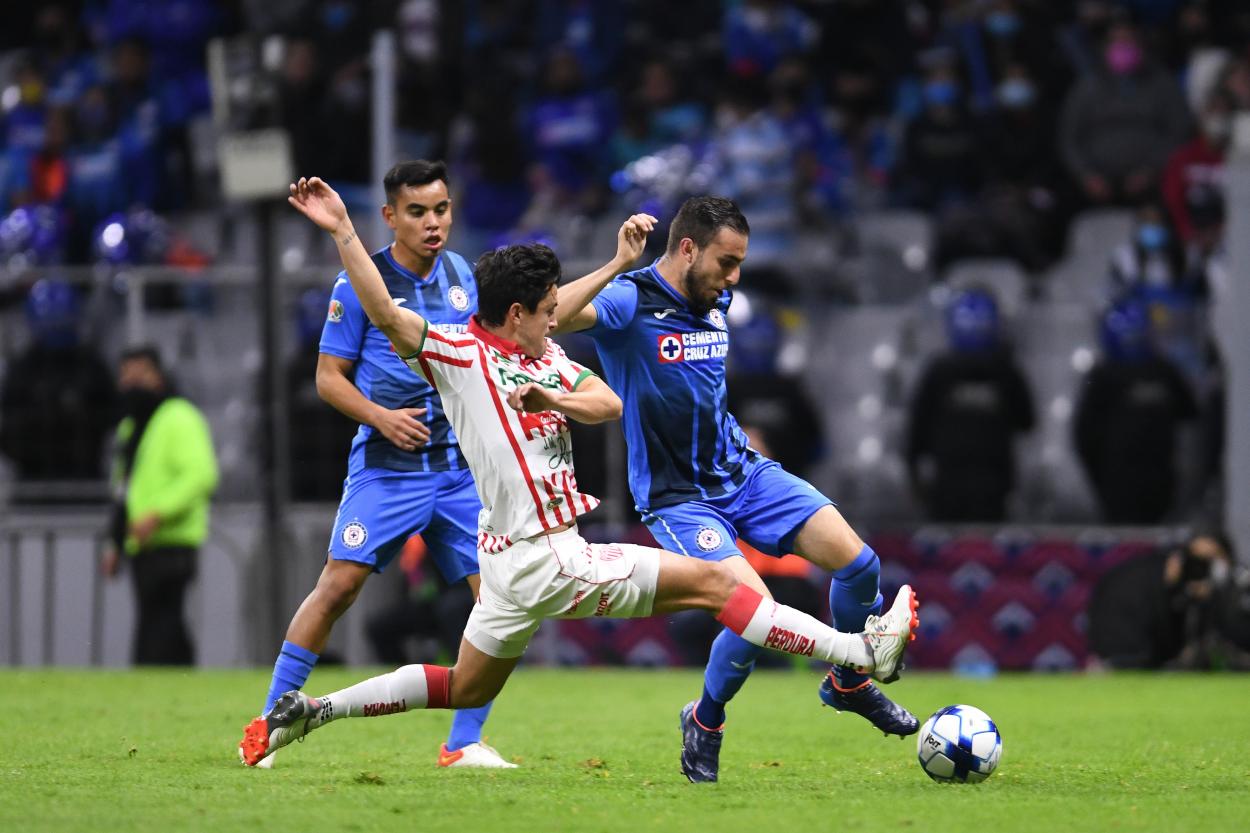 Toluca arrives after defeating Atlético de San Luis by the minimum, reaching the seventh position in the general table with nine points. 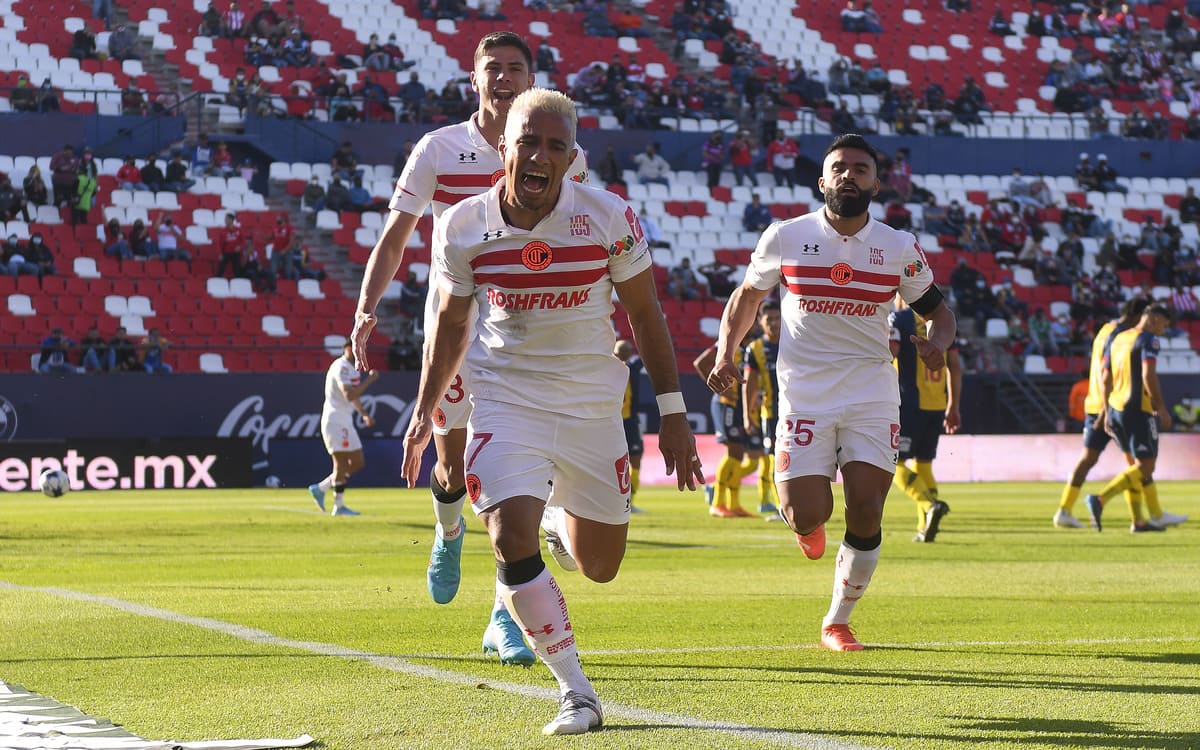 The match will be played at Estadio Nemesio Diez.

The Toluca vs Cruz Azul match will be played at the Nemesio Diez Stadium, located in Toluca, State of Mexico. The stadium has a capacity for 25,744 people.
6:16 PM4 months ago