We hope you enjoyed our coverage of Liverpool vs Leeds United, matchday 19 of the Premier League. Stay tuned to the VAVEL website for updates throughout the day.
5:39 PM3 months ago

The match ends at Anfield, Liverpool easily beat Leeds United and keep the three points to keep dreaming about the championship. 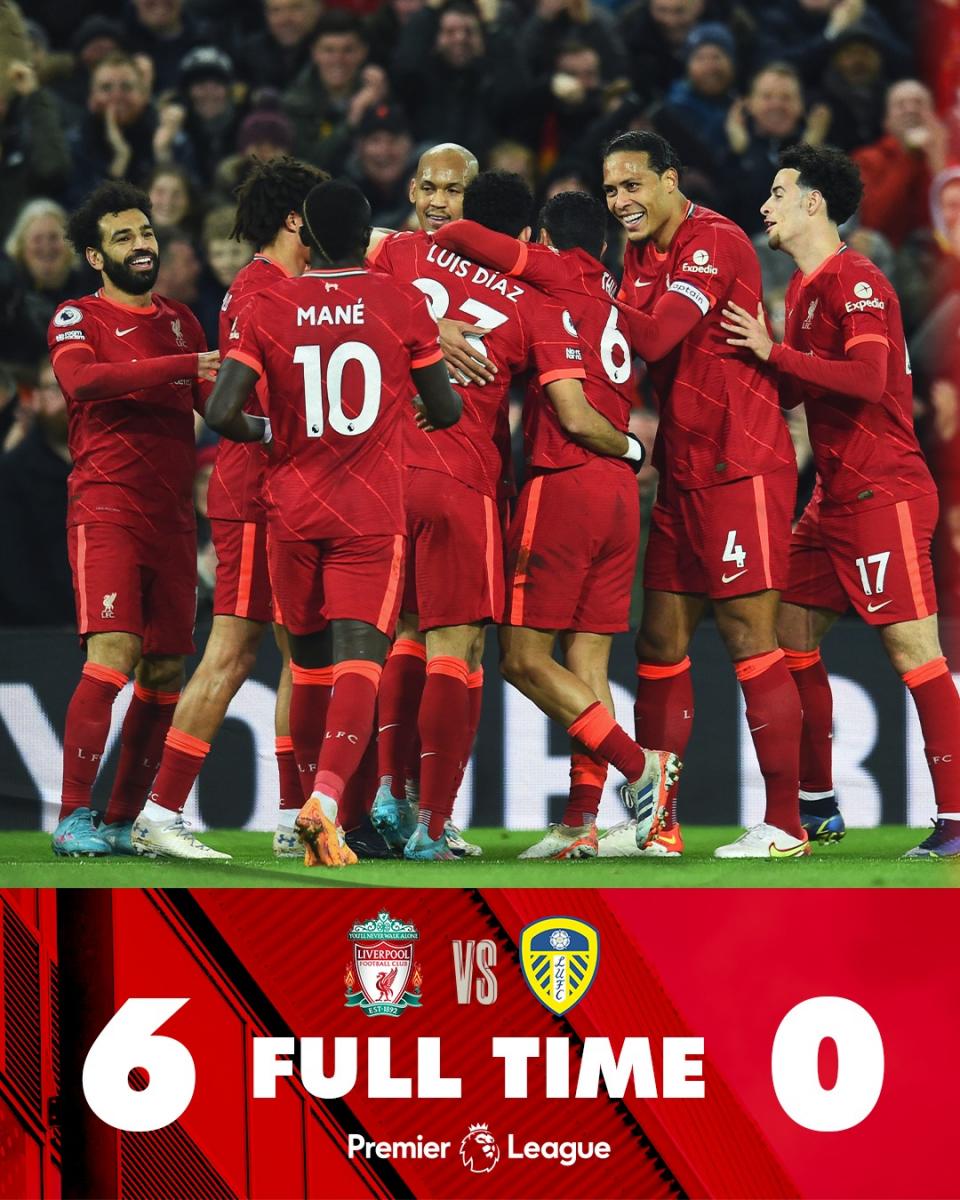 Goal! Liverpool 4, Leeds United 0. Sadio Mané (Liverpool) right footed shot from the centre of the box to the high centre of the goal. Assisted by Jordan Henderson.
5:20 PM3 months ago

Attempt saved. Curtis Jones (Liverpool) left footed shot from the left side of the box is saved.
5:09 PM3 months ago

Attempt missed. Fabinho (Liverpool) right footed shot from the centre of the box is close, but misses to the right following a set piece situation.
4:22 PM3 months ago

Attempt saved. Luis Díaz (Liverpool) right footed shot from a difficult angle on the left is saved in the centre of the goal. Assisted by Sadio Mané.
4:10 PM3 months ago

Luke Ayling (Leeds United) wins a free kick in the defensive half.
4:01 PM3 months ago

Rodrigo (Leeds United) wins a free kick in the attacking half.
3:53 PM3 months ago

Attempt saved. Luis Díaz (Liverpool) right footed shot from outside the box is saved in the bottom left corner. Assisted by Andrew Robertson.
3:47 PM3 months ago

The game kicks off from Anfield, Liverpool receives Leeds United in the match corresponding to the 19th round of the Premier League.
3:31 PM3 months ago

Liverpool shows powerful soccer and has collected a series of eight victories, including the victory over Inter (2-0) in the first match of 1/8 of the Champions League final. The Mane-Salah package looks good: the boys for two have already scored 26 goals in the Championship. True, in the infirmary is the talented Diogo Jota, and it is also unknown whether Firmino will play. In the table, Klopp's protégé has the second position and 57 points. In addition, the Reds have the match in reserve, as well as good chances to overtake Man City.
3:28 PM3 months ago

Bielsa's wards were unlucky, because in the extreme round in the opponents was a furious Man United. In the end, Leeds lost 2-4, although Rafinha's goal was the most beautiful of the confrontation. Thus, in the last four rounds, the "peacocks" scored only one point, playing 3:3 with Aston Villa. In the Championship, the team fell back already on the 15th line with 23 points.
3:23 PM3 months ago

This is the starting XI that Klopp sends out to face Leeds United at Anfield. 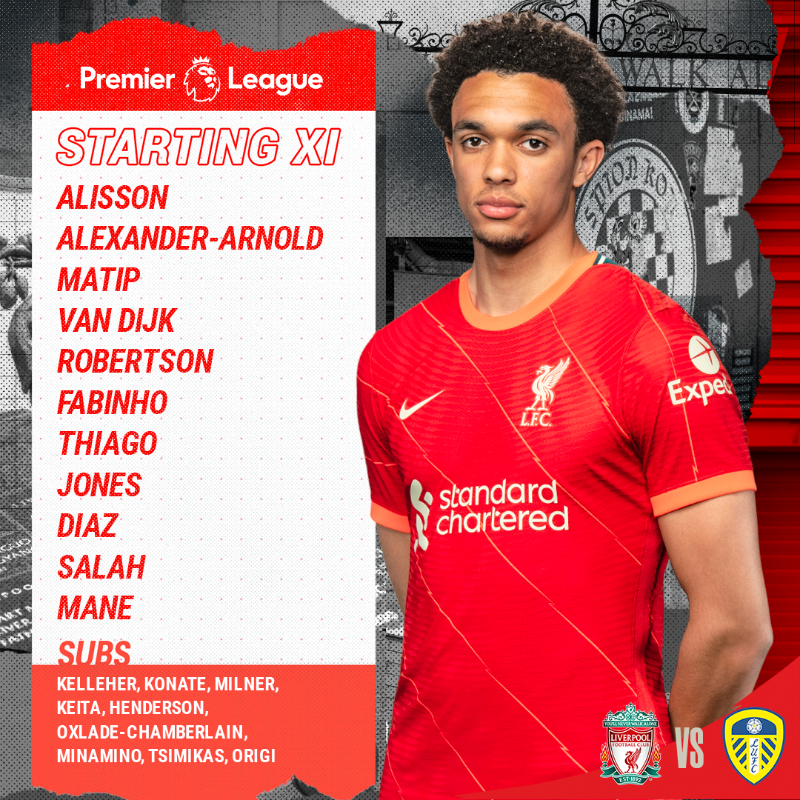 Last year, the teams met twice. The first clash ended in a 1:1 draw, while in the second Liverpool secured a confident victory with a score of 3:0. It is worth noting that matches often pass efficiently.
3:03 PM3 months ago

The wait is over at Liverpool as the Red's return to Premier League action as they look to pick up three more points against Leeds United in the rescheduled match of Matchday 19.
2:58 PM3 months ago

Do not miss a detail of the match with the live updates and commentaries of VAVEL. Follow along with us all the details, commentaries, analysis and lineups for this Liverpool vs Leeds United match.
2:53 PM3 months ago

What time is Liverpool vs Leeds United match for Premier League?

This is the start time of the game Liverpool vs Leeds United of 23th February in several countries:

Keep an eye on this Leeds United player:

One of the most unbalanced players Marcelo Bielsa has in the Leeds United squad, Raphinha will be the player to watch for this match. Currently, the Brazilian has 3,183 minutes played with the Leeds jersey which is distributed in 40 games played, 11 goals scored, 9 assists and 6 yellow cards. Raphinha could tip the balance in favor of Leeds at any time and give a blow of authority at home. 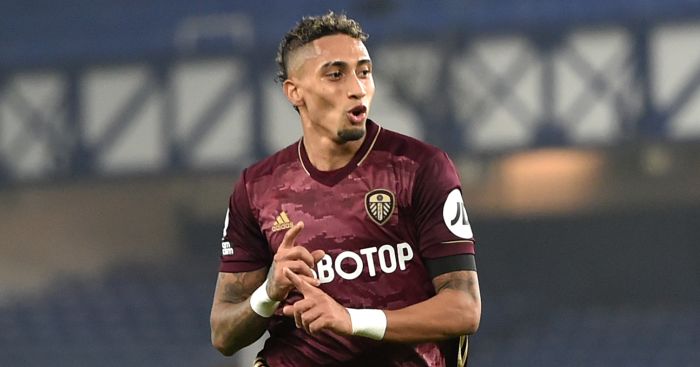 Watch out for this Liverpool player:

Since his arrival in 2017 to the Red's squad, the Pharaoh Mohamed Salah has become an idol of all and sundry for his great determination he has inside the box, technique when touching the ball and being a true leader on the field. With Liverpool he has played 12,511 minutes in which he has started 149 times, scored 98 times and assisted 38 times, he has also only received three yellow cards in his entire stay in the team that never walks alone. Likewise, despite being a right winger, he has also played as a striker when required, so Salah could be the unbalancing factor that puts the balance in Liverpool's favor. 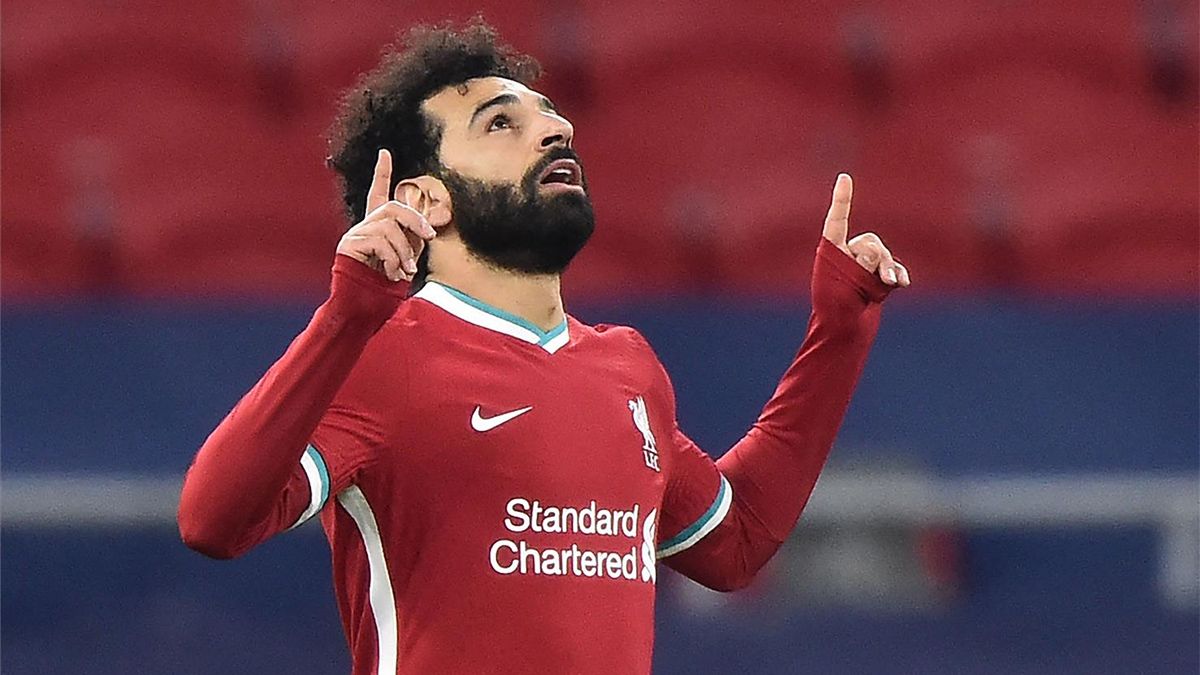 Liverpool and Leeds United have met on a total of 117 occasions (33 wins for Liverpool, 32 draws and 52 wins for Leeds) where the balance is slightly in favor of the Leeds United side. In terms of goals, both teams usually score against each other, with 149 goals for Liverpool and 168 for Leeds United. Their last meeting dates back to matchday 2 of the current campaign where both clubs drew in a thrilling 2-2 draw.
2:23 PM3 months ago

Anfield is a stadium located in the eponymous district, in the city of Liverpool, in England, United Kingdom. Its address is Anfield Road, Liverpool L4 0TH. The stadium was built in 1884 and was the home of Everton Football Club until 1892, when the club left after a financial disagreement. Since then the stadium has been the home of Liverpool Football Club, a team formed from Everton's departure from Anfield. It is an elite stadium according to UEFA criteria and has hosted numerous international matches at the professional level, including matches of the English national soccer team. The property was also used during Euro 1996.
2:18 PM3 months ago

On the other hand, Leeds United comes into this match after an electrifying 3-3 draw against Aston Villa, Leeds are currently in 15th place in the overall standings with 22 points from 5 wins, 8 draws and 9 defeats, they have 27 goals scored and 43 conceded, which leaves them with a negative goal difference of -16 goals difference. Leeds find themselves with a greater margin for error at the point of the season, however, a loss could cost them dearly down the road.
2:13 PM3 months ago

The squad led by Jürgen Klopp is having a fantastic season so far in the Premier League and its respective European competition, in the local league they are second overall with 57 points from 17 wins, 6 draws and 2 defeats. They also average a total of 64 goals scored and only 11 goals allowed, a result that leaves them with a favorable balance of plus 44 and therefore they are positioned as one of the teams with a defensive wall in the championship. In the other competitions they are in incredible form as they are currently in the final of the Carabao Cup, are in the next round of the FA Cup and are more than alive in the UEFA Champions League.
2:08 PM3 months ago

Matchday 19 of the Premier League is more than halfway through the season with the duel between Liverpool and Leeds United at Anfield. Both clubs had not been able to play this match due to Covid-19 cases in the Leeds United team and the game had to be postponed. For the Red's, it will be important to win if they want to get three points away from Manchester City and keep dreaming about the Premier League title, on the other hand, Leeds will have to get the three points to keep adding and move away from the relegation zone since a defeat could put them in trouble.
2:03 PM3 months ago

The Liverpool vs Leeds United match will be played at Anfield, in Liverpool, England. The kick-off is scheduled at 14:45 pm ET.
1:58 PM3 months ago

Welcome to VAVEL.com’s LIVE coverage of the 2022 Premier League: Liverpool vs Leeds United!