We hope you enjoyed our coverage of Bodo/Glimt vs Celtic in the second round of the UEFA Europa Conference League. Stay tuned to the VAVEL website for updates throughout the day.
3:27 PM3 months ago

Abada (Celtic) fails to find the target
3:24 PM3 months ago

Abada (Celtic) fails to find the target
3:21 PM3 months ago

Yellow card. Sampsted (Bodø/Glimt) is cautioned by the referee.
2:23 PM3 months ago

Maeda (Celtic) is adjudged to be in an offside position.
2:01 PM3 months ago

Forrest (Celtic) is adjudged to be in an offside position.
1:58 PM3 months ago

The match kicks off, Bodo/Glimt welcomes Celtic to Norway in what will be the last 90 minutes of the Round of 16 second leg.
1:27 PM3 months ago

Celtic have lost four of their six European away games this season, winning the other two. They have conceded 15 goals in those six games, at least two in each, although they have scored 14. Conversely, they have failed to score in nine consecutive European games after Christmas (D1, L8), until a 1-1 draw with FCCopenhagen ended that 16-year sequence two seasons ago. The last time the Glasgow club won away in Europe in the spring was in the second leg of the 2002/03 UEFA Cup semifinals, a 1-0 victory over Boavista.
1:18 PM3 months ago

Here's how Bodo/Glimt are faring

Norwegian champions for the first time in 2020, when they won by 19 points, Bodø/Glimt made their UEFA group stage debut during the autumn, as well as successfully defending their domestic title. This season's European campaign, in what is their 16th game, is the longest in the club's history.
1:06 PM3 months ago

- Bodø/Glimt's first official meeting with a Scottish club was a memorable one, as the team came out of their winter break to record their second European away win so far this century. New signing Runar Espejord made a dream debut by scoring after just six minutes, and Amahl Pellegrino doubled the visitors' lead ten minutes into the second half. A header from Celtic's new Japanese striker Daizen Maeda, on his European debut, reduced the deficit, but two minutes later Bodø/Glimt made the final score 3-1 with a first European goal from midfielder Hugo Vetlesen - Celtic had previously played 12 times against Norwegian opponents before this tie, ten of those matches against Rosenborg, including six, all unbeaten, in the last five years.
- Celtic's overall record against Norwegian teams is now W7 D2 L4. Away from home it is W3 D1 L2, with clean sheets in their last three matches. The Bhoys have won all three of their two-legged ties against Norwegian teams, in each case with Rosenborg as the defeated opponent.
12:56 PM3 months ago

In Celtic Galsgow's last 5 matches, the Scottish side has averaged 4 wins and 1 loss, with the loss to Bodo/Glimt last week in the first leg of the round of 16.
On the other hand, Bodo/Glimt have just resumed activities and are already on a two-game winning streak and will be looking to continue in the same vein.
12:50 PM3 months ago

What happened in the previous game?

Last time, Bodo/Glimt surprised everyone by beating Celtic in Glasgow and broke the Scottish team's long unbeaten streak of several months, which made it all the more impressive.
12:47 PM3 months ago

The wait is over in Norway, Bodo Glimt will host Celtic Glasgow in what will be the second leg of the UEFA Europa Conference League round of 16. The Norwegians won without any problem at Celtic Park and took a considerable advantage that makes them think about the next phase, however, Celtic will be looking for a surprise away game and overcome the adverse score.
5:31 PM3 months ago

Do not miss a detail of the match with the live updates and commentaries of VAVEL. Follow along with us all the details, commentaries, analysis and lineups for this Bodo/Glimt vs Celtic match.
5:26 PM3 months ago

What time is Bodo/Glimt vs Celtic match for UEFA Conference League match?

This is the start time of the game Bodo/Glimt vs Celtic of 24th February in several countries:

Watch out for this Bodo/Glimt player:

For this match, the player to follow for Bodo Glimt will be Ola Solbakken, the center forward has participated with his club in all the matches of the UEFA Conference League and has become a real scorer of the team because in the six games played, he scored 4 times and assisted only once, also, he only had 1 yellow card so at any time he could break the nets and give the surprise at Celtic Park. 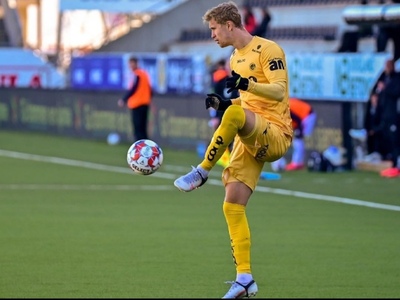 Watch out for this Celtic player:

For this match, right winger James Forrest will be the player to watch for Celtic. At the moment, he has 1,225 minutes played in 23 games, 3 goals, 1 assist. Likewise, he has seen action in all the competitions in which his team has participated, so he could tip the balance in Celtic's favor at any moment. 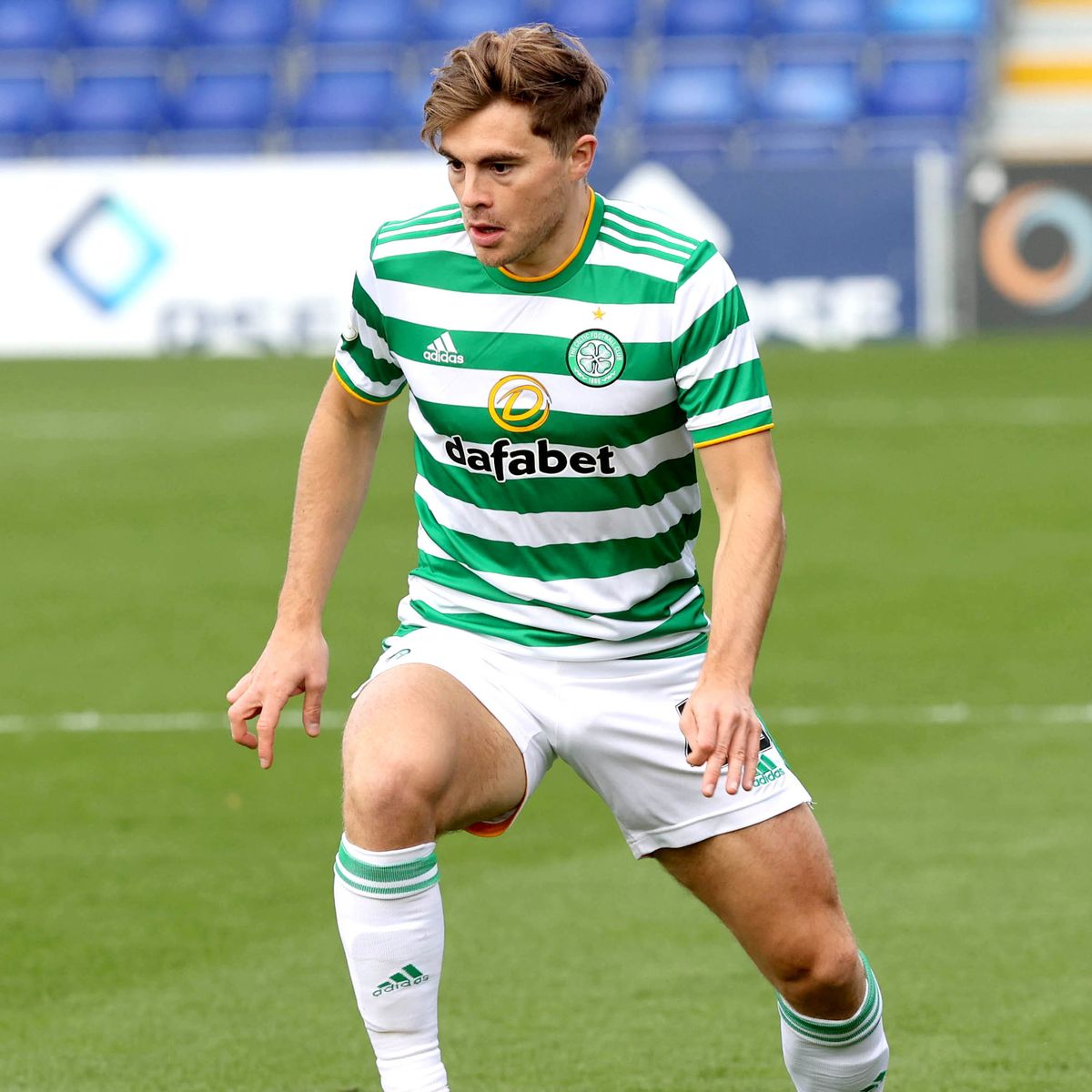 Interestingly, these teams had never met in all history until what was the first leg of the UEFA Conference League round of 16 where Bodo/Glimt won by a score of 0-2 in their favor. Now, a new duel will be written in the history books where statistics and goals will continue to grow.
4:56 PM3 months ago

Aspmyra Stadion is a soccer stadium in Bodø, Norway. Home to Bodø/Glimt and Grand Bodø, it has a capacity of 5,635 spectators. It has three grandstands: a modern one with a roof, 100 club seats and 15 luxury boxes to the south, a roofless grandstand to the east and an older grandstand with seats and standing seats to the north. The enclosure has floodlights and artificial turf with underfloor heating. Immediately to the south of the venue is the Aspmyra kunstgressbane, a training ground with artificial turf. The Aspmyra Stadion has hosted a match of the Norwegian national soccer team, against Iceland in 2002.
4:51 PM3 months ago

Looking for a surprise

The Celtic team is a team that has historically stood out for being present in the most important competitions in Europe, such as the UEFA Champions League or Europa League, however, this time they will have to compete in the Conference League to aspire to be present in a more demanding competition next season. The Celtic team was on a spectacular streak as they had not lost since November, however, they did not expect Bodo/Glimt to go all out at Celtic Park and take the advantage, now, they will look to be the ones who will give the surprise and tear them their tickets to the quarterfinals.
4:46 PM3 months ago

Bodo/Glimt qualified for the knockout rounds of the UEFA Conference League without any problems and put in a stellar performance in each of their matches, even standing out in their group after beating Roma, so they have proven to be a team that can impose conditions against any opponent. Likewise, they also have a long unbeaten streak since August 5 of last year and have not lost a single game, and the exception was not the last game, as they were far superior to their opponents and managed to score two important goals to take the advantage on aggregate.
4:41 PM3 months ago

The road to the grand final continues

The Europa Conference League finished its group stage and now the knockout matches will begin to look for the two clubs that will try to be crowned in this new competition, for this key, Celtic and Bodo/Glimt will face each other in what will be a confrontation that will spark as both clubs want to earn their ticket that accredits them as one of the members that will be present in the quarterfinals and continue with the dream of being present in the UEFA Europa League next season.
4:36 PM3 months ago

The Bodo/Glimt vs Celtic match will be played at Aspmyra Stadion, in Bodo, Norway. The kick-off is scheduled at 12:45 pm ET.
4:31 PM3 months ago