It's over! The match is over, Barcelona scores and advances to the round of 16.
5:49 PM3 months ago

Goal, goal, goal for Napoli! After Nico's mistake, Politano steals the ball and ends up shooting into the goal to shorten the lead.
5:40 PM3 months ago

Change by Nápoli. Insigne goes up and Petagna goes down.
Change by Barcelona. Enter Riqui Puig for Ferran Torres.
5:33 PM3 months ago

Napoli changes. Fabián Ruíz and Osimhen for Ounas and Ghoulam.
5:29 PM3 months ago

Close! Osimhen received a long ball, but when he shot at goal, the ball went wide.
5:22 PM3 months ago

Goalkeeper! Aubameyang arrived alone, but the ball was too far forward and ended up in Meret's hands.
5:17 PM3 months ago

Goal, goal, goal for Barcelona! Aubameyang receives the ball inside the box to shoot and increase the visitors' lead.
5:12 PM3 months ago

Osimhen's spherical shot, but Alba ends up interceding and deflecting the ball away.
5:09 PM3 months ago

Zielinski's shot, but the ball is deflected.
5:09 PM3 months ago

At the end of the first half, Barcelona dominates the match.
4:46 PM3 months ago

Goal, goal, goal for Barcelona! Great collective play that ends with Piqué receiving the ball, controlling it and with an accurate shot he increases the lead.
4:44 PM3 months ago

Osimhen appeared inside the area looking to create danger, but Araújo intervened and prevented him from shooting.
4:35 PM3 months ago

Powerful shot by Ferran Torres, but the ball ends up in the hands of Meret.
4:32 PM3 months ago

Insigne's shot, but the ball goes too wide and misses a clear chance.
4:26 PM3 months ago

Busquets' ball to Aubameyang, the latter shoots at goal, but it goes wide.
4:23 PM3 months ago

Goal, goal, goal for Napoli! Insigne scores in an extraordinary way and ends up scoring for the home team.
4:22 PM3 months ago

Penalty for Napoli! Stegen pulls Osimhen inside the box and the referee awards a foul
4:15 PM3 months ago

Goal, goal, goal for Barcelona! Ferran Torres' through ball to Frenkie de Jong, who blasts home from outside the box to increase the lead.
4:13 PM3 months ago

Prior to the start of the match, both teams took out this banner to give a message in support of stopping the war that is starting between Ukraine and Russia. 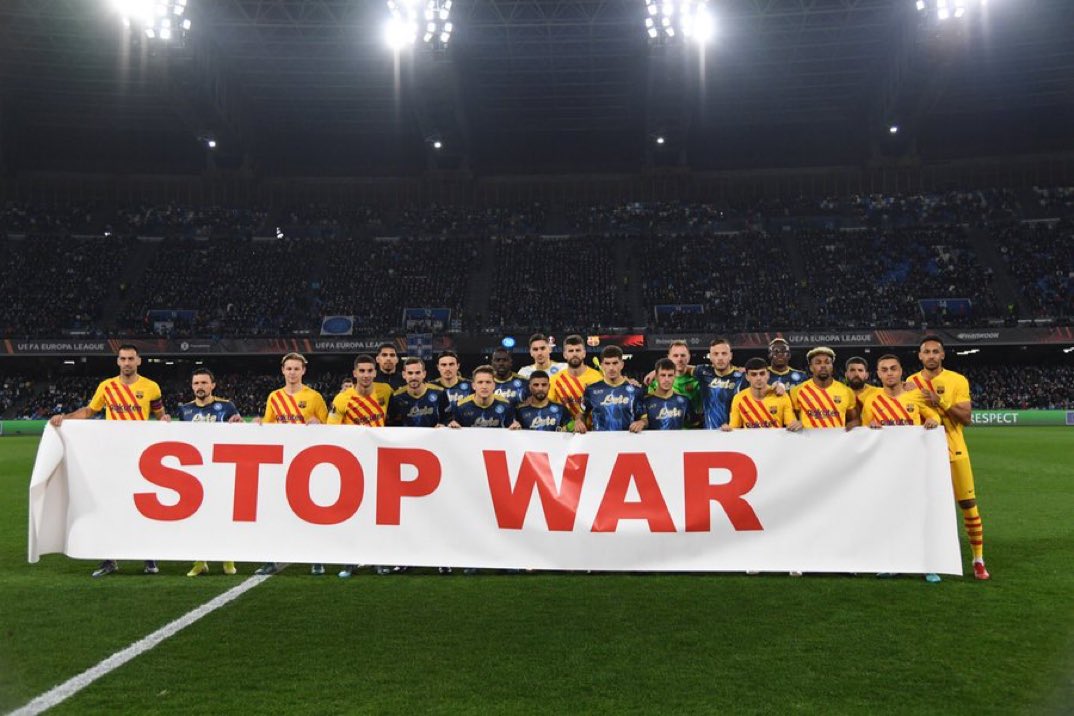 Goal, goal, goal for Barcelona! Aubameyang makes a good run, setting up Adama Traoré, who crosses for Jordi Alba to score with his right foot and open the scoring.
4:02 PM3 months ago

Napoli and Barcelona kick off the action.
4:01 PM3 months ago

Before kickoff, Napoli and Barcelona players kneeled in support of what is happening in Ukraine.
3:58 PM3 months ago

The Napoli is already in the building, ready for the return leg of the important match against Barcelona.
3:52 PM3 months ago

Barcelona will be without Ansu Fati, Depay, Sergi Roberto, and Umtiti for this match.
3:52 PM3 months ago

Barcelona is already in Naples waiting for the match against Napoli to start, looking to qualify for the quarterfinals. 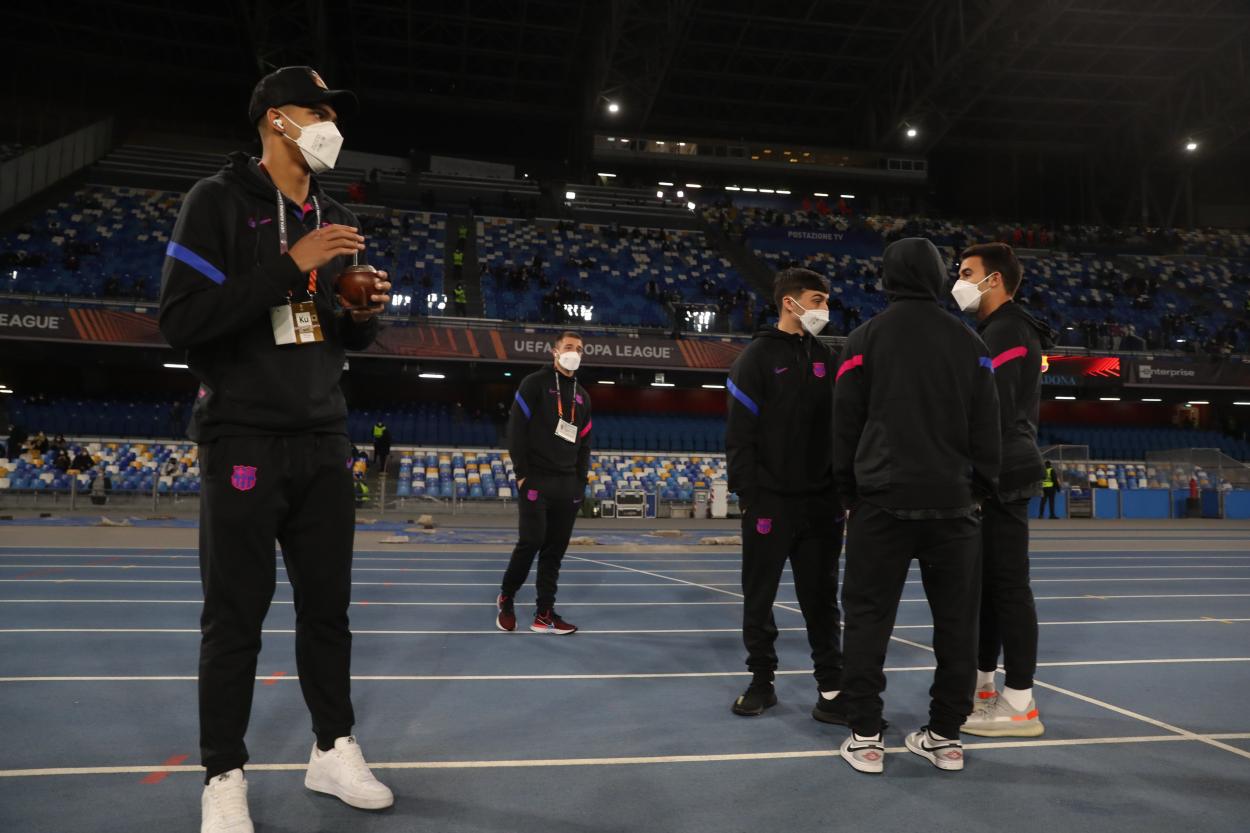 Di Lorenzo spoke ahead of the match: "It's going to be a difficult game. We know their qualities. We are prepared.
3:37 PM3 months ago

Spalletti spoke about the upcoming matches: "We don't have to think about the run of matches. We can't rotate too much either. We have to trust in the squad".
3:35 PM3 months ago

This is what the Diego Armando Maradona Stadium looks like before the match between Napoli and Barcelona.

Gerard Piqué is back to play in this important match and look for the qualification of the blaugranas.
3:16 PM3 months ago

Only one Spanish team has ever beaten Napoli at home in ten meetings.
3:11 PM3 months ago

We are back for the duel between Napoli and Sevilla. We will shortly share with you the most relevant information of the match as well as the confirmed line-ups.
3:06 PM3 months ago

Stay tuned for the Napoli vs Barcelona live stream.

In a few moments we will share with you the Napoli vs Barcelona live starting lineups, as well as the latest information from the Estadio Diego Armando Maradona. Keep an eye on the action with VAVEL's minute-by-minute live online coverage.
3:01 PM3 months ago

How to watch Napoli vs Barcelona Live Stream on TV and Online?

If you want to watch the game Napoli vs Barcelona live on TV, your options is: TUDN.

Xavi spoke ahead of the return leg against Napoli: "It's an extra motivation. It's an honor to play in the Diego Armando Maradona, he's a player who moved us all, who was a reference for any footballer in the world. Even now we still watch videos of Maradona and we still get excited."

"Messi has appeared, but otherwise we would be talking about the best footballer of all time, and he was in his period. He was a player who marked an era and we still remember him. It's a responsibility, an honor, and an extra motivation to play a great game in Diego Armando Maradona's stadium."

"It's not the Champions League but it is a European competition, with prestigious rivals. We want to show that we can be competitive and we have no choice but to try to be competitive. If we are at our level we will have options, but I predict a very tough match".

"We are taking steps forward, but we have to insist more than ever. We are close if we play like we did in Valencia, against Atlético. For now the sensations are very good and the results are 50%, we need more results".

Spalletti spoke ahead of this match: "I am convinced that he will be on our side. God is with us", although he clarified: "Today we don't have a Maradona but all together we can do it. We must become memorable for our fans. We want to build a serious group that wants to express the spirit and ambitions of Napoli."

"At press conferences you have to come with your homework done if you are a journalist and you should know that in European competition Meret is the goalkeeper we use".

"Whoever fights can lose, but whoever doesn't fight has already lost. We will have to take risks and dominate. We must immediately show our intentions or we will be knocked down."

"I see it as a very difficult match. We are going to try to be soldiers sent into battle to conquer a position."

"Barcelona is one of the strongest in the world. They miss Messi, but they have the same good players in every position. Our goal is to resemble their will."

"They are Barcelona without Messi, but they are on the road to be that team again, they have very talented players. To win we will have to be aggressive."

"There is no favorite. Both sides want to win before extra time. Whoever doesn't fight can't win. We have to go out and make decisions. The opponent is going to want to command, but we have to show that we want to carry the pace of the game."

Osimhen is a fierce player. It's not easy to follow him because he's very fast. We will have to play with a short team because he has conditions that not everyone has".

"Politano, Osimhen, Fabian have recovered.... In these matches anything can happen, but we can field a strong team. Insigne will start from the beginning, a player with personality and quality to lead the match."

"In the end it will be on our side. We can be a team worthy of Maradona, who was always ready to applaud the good game because he was used to playing it".

Barcelona arrives after beating Valencia four goals to one, a score that encourages the team led by Xavi to give a good match, as they are in a good mood. 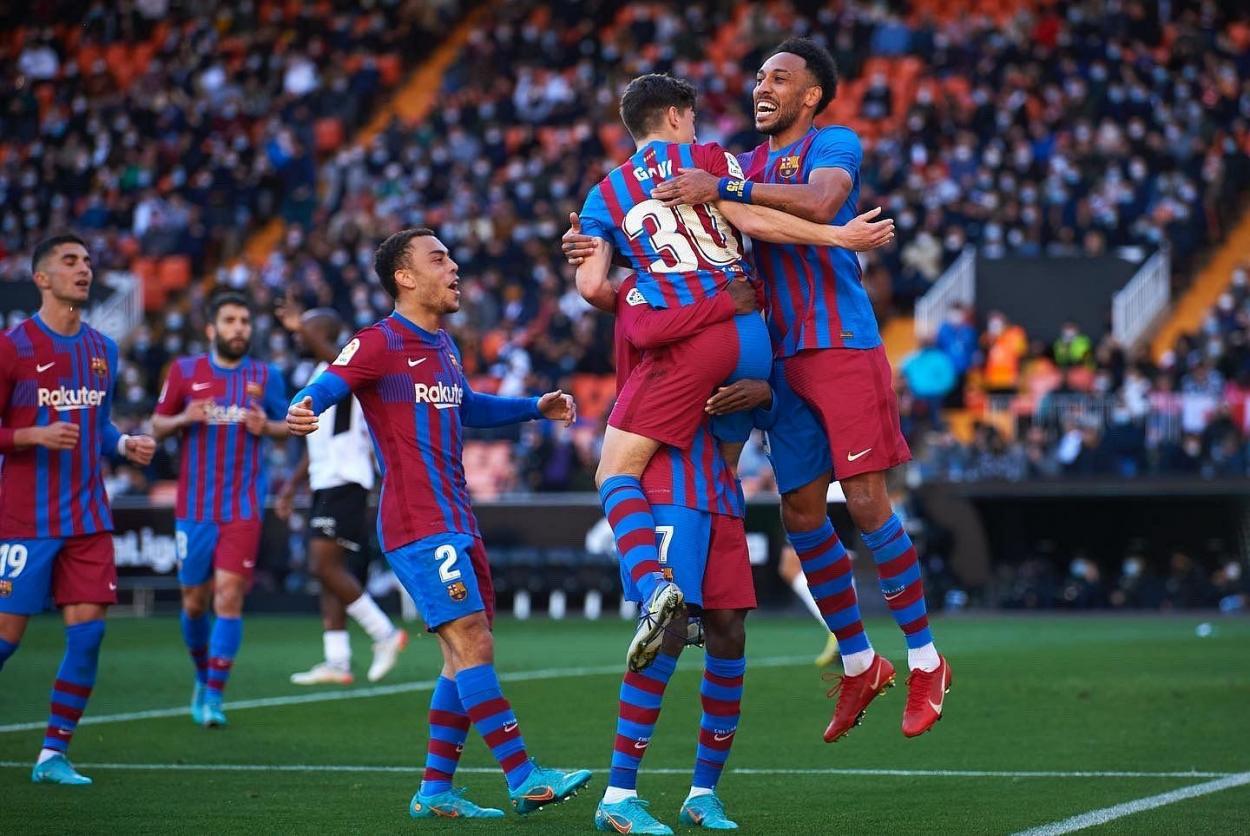 Napoli comes to this match after not taking advantage of the opportunity and ending up tying against Cagliari at one goal, a situation wasted by the team from Naples, so they will seek to win in this match. 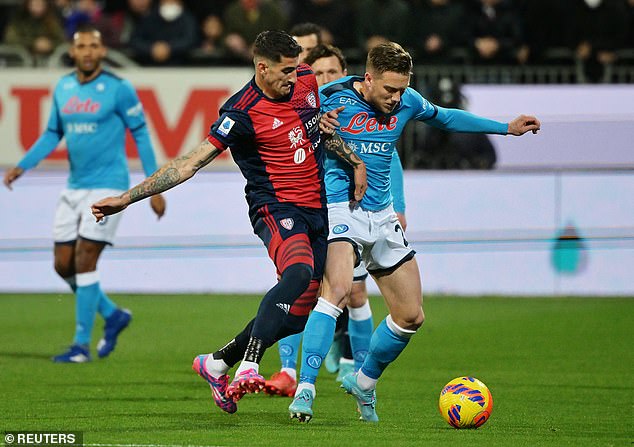 The last match ended in a 1-1 draw between Barcelona and Napoli at the Nou Camp, so this match will define who will advance to the next round.
2:21 PM3 months ago

The match will be played at the Diego Armando Maradona Stadium.

The Napoli vs Barcelona match will be played at the Diego Armando Maradona Stadium, located in Naples, Italy. The stadium has a capacity of 54,726 people.
2:16 PM3 months ago

Charlotte FC vs Vancouver Whitecaps preview: How to watch, team news, predicted lineups, kickoff time and ones to watch 2 hours ago
//