End of the match, Santos Laguna wins its first victory of the tournament by beating Cruz Azul in stoppage time.
11:04 PM3 months ago

GOOOOOOOOOOL! Santos turns it around at minute 90+4' with goal by Diego Medina
11:00 PM3 months ago

He saves! At the 90' mark, Santos misses a clear scoring chance. Five minutes of stoppage time are added
10:59 PM3 months ago

Shot by Santos! Corona keeps the visitors' attempt for the second goal.
10:54 PM3 months ago

Close! La Máquina is saved twice with attempts by Gorriarán and Doria.
10:40 PM3 months ago

Acevedo! The lagunero goalkeeper becomes once again the show man of the match and prevents Cruz Azul from turning the score around by making a diving save.
10:38 PM3 months ago

Yellow card for Matheus Doria. A free kick for Cruz Azul is taken by Rodriguez but Acevedo is alert at the near post.
10:37 PM3 months ago

Yellow cards for Ismael Govea and Ignacio Rivero. Santos very close to an own goal
10:31 PM3 months ago

The teams return to the Estadio Azteca turf; Cuz Azul will be looking to come from behind.
10:27 PM3 months ago

At the end of the first half, Santos wins by the narrowest of margins.
10:26 PM3 months ago

Seven more minutes of stoppage time are added. La Máquina goes on the offensive and will have a corner kick.
9:42 PM3 months ago

Cruz Azul dominates possession of the ball but Acevedo's performance so far does not allow Cruz Azul to score its first goal.
9:38 PM3 months ago

Ignacio Rivero manages to enter the area, Cruz Azul asks for a handball that the referee does not grant and Charly Rodríguez responds on the second play but Acevedo is again a factor to move the scoreboard.

He saved! Carlos Acevedo saves his goal on four occasions by saving Antuna's penalty kick. The series of rebounds favored the locals but the goalkeeper in a great exhibition keeps his goal in zeros.
9:23 PM3 months ago

Penalty for Azul! Uriel Antuna is fouled in the box and César Arturo Ramos signals a penalty kick.
9:20 PM3 months ago

Free kick for Cruz Azul, Rodríguez takes it but the ball goes over the goal defended by Acevedo.
9:17 PM3 months ago

Charly Rodríguez arrives on the left flank but does not manage to filter and a well-placed defense from the visitors cuts off the danger.
9:11 PM3 months ago

GOOOOOL. Harold Preciado gives the Warriors the lead with a shot from outside the box.
9:08 PM3 months ago

Set piece for Santos, the visiting team starts with a good chance of danger but Doria's shot goes over the goal.
9:06 PM3 months ago

The ball rolls on the field at the Azteca Stadium, the match between the last place in the overall standings and the home team, which remains in 13th place, kicks off.
8:40 PM3 months ago 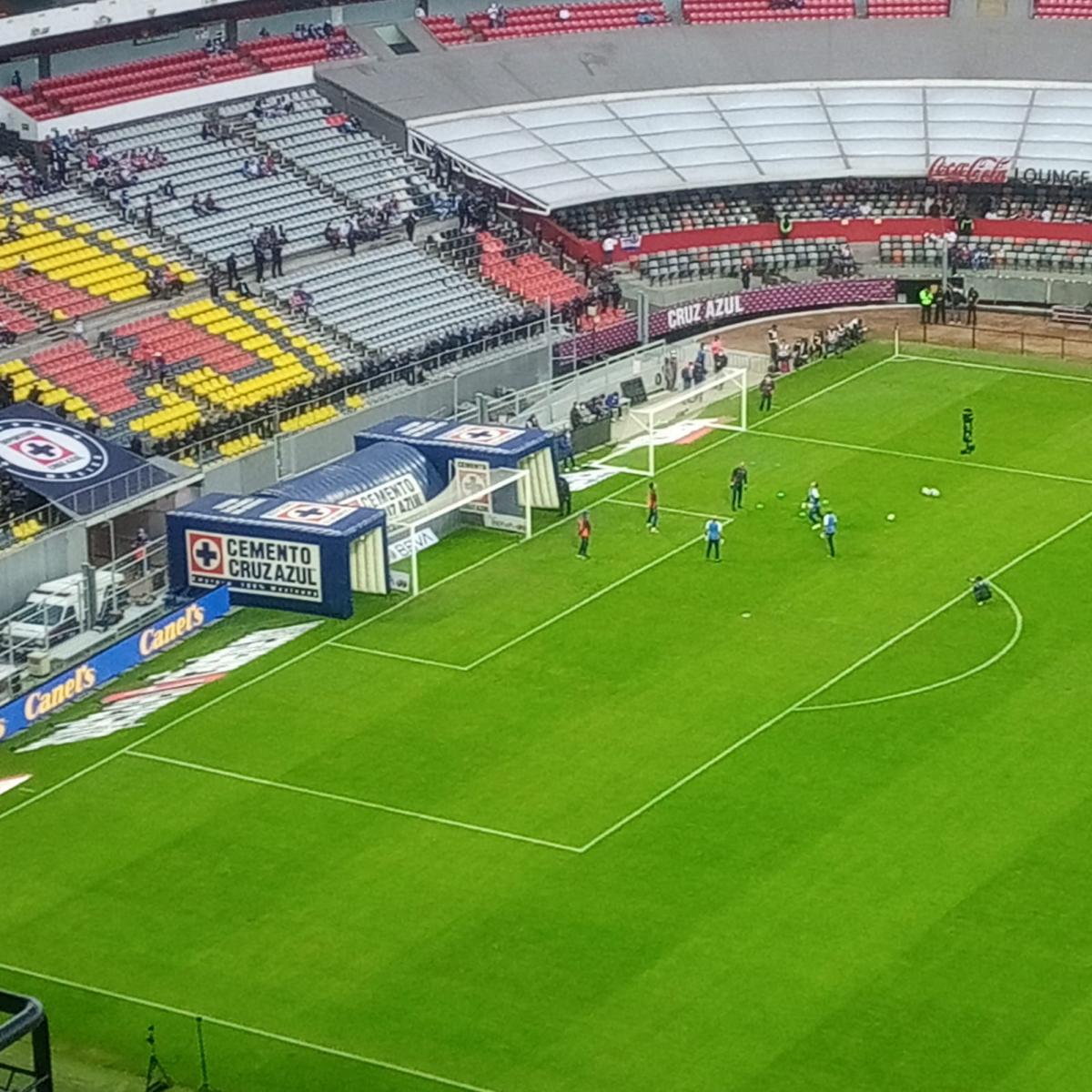 Santos without a coach

Pedro Caixinha was dismissed from his position as coach of Los Laguneros following their elimination in the round of 16 of the CONCACAF Champions League at the hands of Montreal FC. So far, the Guerreros have not announced their new coach.
8:04 PM3 months ago

Juan Escobar will not be available for Reynoso due to the suspension he earned in the previous game for accumulation of cards, and this season's reinforcement bomb, Christian Tabó, is once again ruled out due to injury.
7:59 PM3 months ago

Angel Romero has declared himself happy with his arrival at La Máquina Celeste thanks to the welcome from his Paraguayan teammates. The reinforcement of La Máquina made his debut as a goal scorer in midweek after his goal against Forge FC. The player mentioned: "The truth is very good, very happy to be here at Cruz Azul, my teammates received me very well, my family is very happy, adapting to the city, so I am very happy".
7:54 PM3 months ago

Please stay with us for this match where Cruz Azul, in fourth place in the table, will face a Santos team that is in the bottom of the Liga MX.

Do not miss a detail of the match Cruz Azul vs Santos live updates and commentaries of VAVEL.

How to watch Cruz Azul vs Santos Live Stream on TV and Online?

you want to watch the game Cruz Azul vs Santos live on TV, your options is: TUDN.

What time is Cruz Azul vs Santos match for Liga MX ?

This is the start time of the game Cruz Azul vs Santos of 27th February 2022 in several countries:

For the Laguneros, Brian Lozano has been the team's best performer with a goal and two assists. 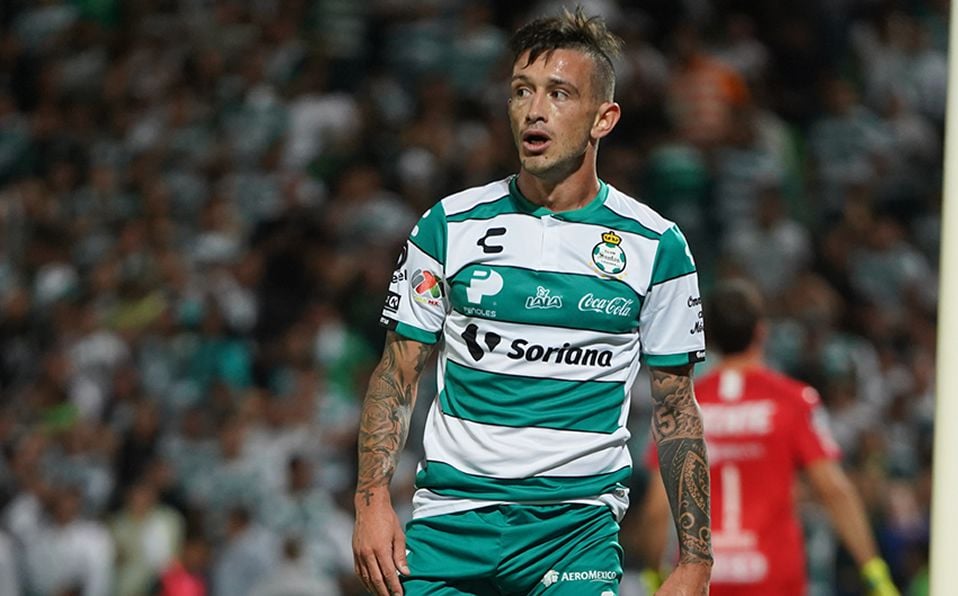 Charly Rodriguez is the key player of La Máquina, responding in a great way to his signing. In the last game of this Clausura 2022 he contributed a goal and an assist for the Cementetos. He has three goals and two assists in total. 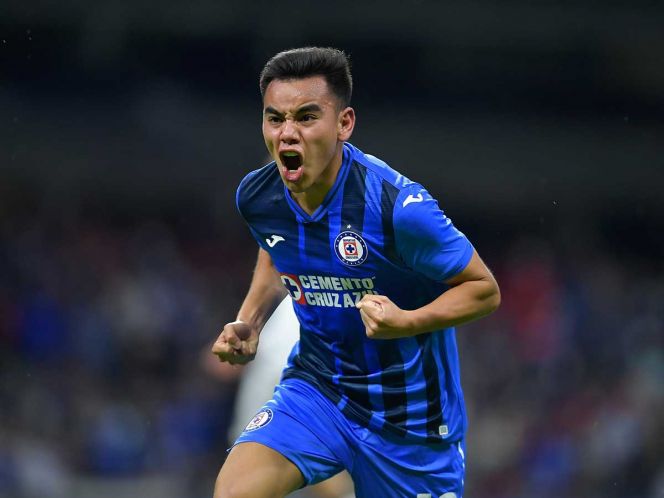 As for Santos Laguna, it occupies the worst position in the table being the least effective team so far this season, the Guerreros have not achieved a single victory so far this season. The draw against Juarez, keeping a clean sheet, is the best progress made by Los Laguneros and they are the second worst scorers with an average of 2.1 goals per game. They have been winless in the league for three months since a 2-1 win over Tigres three months ago. The visit to the Azteca looks complicated given Santos' away performance; they are the third worst away team in the league.
7:24 PM3 months ago

Cruz Azul has lost only one of the six games they have played so far in Liga MX, the last victory of La Máquina in Liga MX was overwhelming when they defeated Toluca with four goals to one. In addition, thanks to the results obtained in the Concacaf Champions League, they have three consecutive victories, and in midweek, thanks to a victory over Forge FC by the same score as Toluca, they qualified for the quarterfinals of the Concachampions. Therefore, the Cementeros will be motivated for matchday 7.
7:19 PM3 months ago