We hope you enjoyed our coverage of Crystal Palace vs Stoke City in the FA Cup fifth round. Continue to visit the VAVEL website to keep up to date with all the information throughout the day.

Crystal Palace wins at home and in the company of their fans to eliminate Stoke City and move on to the next round of the FA Cup.
5:09 PM3 months ago

Crystal Palace close! Zaha again tried to do some damage on goal but the keeper made a great save.
4:45 PM3 months ago

IT'S TIEDOOOOOOO! STOKE CITY TIES THE MATCH!
4:41 PM3 months ago

GOOOOOOOOOOL! GOOOOOOOOOL FOR CRYSTAL PLACE! KOUYATE PUSHES THE BALL INTO THE BACK OF THE NET!
4:17 PM3 months ago

The first half ends at the home of Crystal Palace, the Eagles draw goalless with Stoke City.
4:05 PM3 months ago

PALACE NEARS! Gallaher sent in a cross that was just wide of the goalkeeper's far post.
3:57 PM3 months ago

Stoke City close! Maja gets a header in front of the keeper, but his shot goes wide.
3:44 PM3 months ago

Zaha again created danger from outside the box, but the Stoke City keeper saved well.
3:39 PM3 months ago

NEAR THE PALACE! Zaha sent a shot that whizzed over the crossbar.
3:31 PM3 months ago

Crystal Palace hosts Stoke City in the fifth knockout round of the FA Cup.
3:15 PM3 months ago

THIS IS HOW STOKE CITY ARRIVES

Stoke City arrives to this match in a very bad moment. The team is located in the middle of the table, far from relegation and from qualifying for the playoffs that grant promotion to the Premier League.
Their last matches took away some of the remaining hopes of qualifying among the top 6 teams, as they only managed to get 2 points out of the 12 that were at stake.
On the last matchday, they suffered an implacable defeat against Bournemouth by 2-1. It was doubly painful, since after leading for most of the game and having suffered the expulsion of one of their players, Morgan Fox, the home team turned the result around in the last 10 minutes.
Despite all this, Stoke City's forward line is one of the best in the championship, as they have managed to score at least one goal in 13 of the last 15 matches played, a situation that could help a lot in this match.
3:14 PM3 months ago

SO COMES THE CRSYTAL PALCE

Crystal Palace is going through a great moment in the Premier League and in the Fa Cup. The team has gone on a nine-game winning streak in which it has lost only twice.
This streak led them to reach the round of 16 of the Fa Cup, after defeating Hartlepool in the round of 16, and to be placed in the middle of the standings.
Although this situation does not favor them when it comes to fighting to enter the international cup zone, it does help them to separate themselves from the relegation zone.
The hopes of qualifying for the cup zone are mathematically possible, but only a miracle could make it happen. The team's coach, Patrick Vieyra, will have the entire squad available to face Stoke City and continue his quest to win his first Fa Cup.
3:13 PM3 months ago

Stoke City again without the opportunity to compete for the Premier League. After rounds of 33, the "potters" occupy 15th place in the Championship, with 44 points in the active. Note that in the last matches, O'Neill's Chambers caught the Portuguese with the same Score 1:2, with Luton Taun and Bournemouth. Yes, the team performs well in the attacking plan, but there are many problems in defense. It should be noted that in 1/16 of the final, the Club beat Wigan 2-0.
3:09 PM3 months ago

The "eagles" in each confrontation try to earn points. For example, in a recent match, Crystal Palace defeated Watford 4-1, but then failed to take three points from Burnley 1-1. Yes, the risk of Vieira's protégés stopped, so they are in 11th place in the Championship. It is worth mentioning that in 1/16 of the final, the team beat Hartlepool United 2:0, and the guys scored goals in the 22nd minute.
2:59 PM3 months ago

The teams last met in 2018. The clash took place in the city of Stoke-on-Trent in the Premier League and ended with the victory of the guests with a Score of 2:1. It should be noted that in the match of the first round, Crystal achieved victory with a similar score.
2:35 PM3 months ago

The wait is over in England, the Emirates FA Cup is back to continue with the actions and emotions of the best tournament in English soccer. On this occasion, Crystal Palace and Stoke City will face each other in the quest to advance to the next round and continue looking for the dream of being crowned at Wembley.
7:55 PM3 months ago

Do not miss a detail of the match with the live updates and commentaries of VAVEL. Follow along with us all the details, commentaries, analysis and lineups for this Crystal Palace vs Stoke City match.
7:50 PM3 months ago

What time is Crystal Palace vs Stoke City match for FA Cup?

This is the start time of the game Crystal Palace vs Stoke City of 1st March in several countries:

Watch out for this Stoke City player:

For this match, Stoke City captain Joe Allen will be the player to watch in this FA Cup knockout match. At the moment, he has 30 games played so far this season, with 2,489 minutes played, 4 yellow cards and absolute presence in the FA Cup, with his experience and agility in the midfield, he will look to give versatility to Stoke City's midfield. 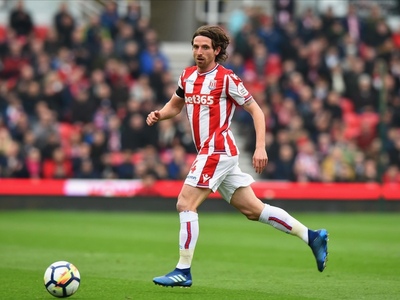 From Ivory Coast to the world, Wilfried Zaha will be the player to watch for this match. From 2017 onwards, the African has played 19,345 minutes with the Eagles jersey in which he has become a real reference in attack with 48 goals in his personal account, he has also appeared 235 times in the starting lineup and has assisted 41 times. Also, on 39 occasions he has received the yellow card and only once was sent off by direct red card, Zaha could be the unbalancing factor that puts the balance in favor of Crystal Palace. 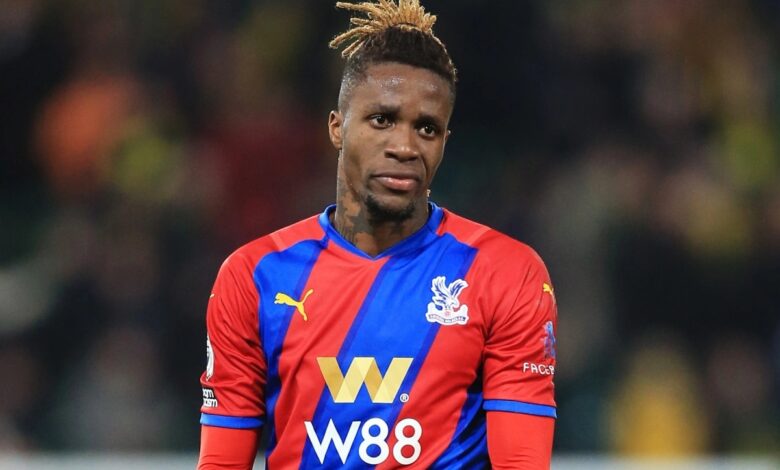 The mission: To win away

For their part, Stoke City will be looking to pull off a surprise on enemy territory and against a top-notch opponent, as they will face a Premier League team again after a long time and stay alive so far in the FA Cup. In the last round, Stoke City eliminated Wigan 2-0 at home and got their ticket to the fifth round of the competition, however, this time they will face a more difficult opponent and in unknown territory. Currently, Stoke City is in 14th place in the Championship with 44 points from 34 games played so promotion is no longer a possibility, but winning the FA Cup is.
7:10 PM3 months ago

The Crystal Palace Eagles will be looking to stay in the FA Cup when they host Stoke City from the English second division. Last round, Crystal Palace hosted Hartlepool where they managed to win by a score of 2-0 securing their place in the next round. Likewise, in the Premier League they are in 11th place overall with 29 points from 6 wins, 11 draws and 9 defeats. So they will be looking to continue to make a name for themselves in the FA Cup and win a title after having exhausted their chances of winning the Carabao Cup and the Premier League.
7:05 PM3 months ago

The road to the grand final of the FA Cup in England continues, after having completed the fourth round of elimination, the fifth round arrives looking for the teams capable of obtaining a victory in a duel where there will be no tomorrow and continue alive on this road with the hope of continuing to transcend in the competition. This time it will be the turn for Crystal Palace and Stoke City to face each other, both teams managed to survive the previous round and will seek to continue with the good pace for this tie, on the one hand, the Eagles will seek to win at home accompanied by their people and move to the next round of the FA Cup, however, Stoke City will want to give a hard blow on the table.
7:00 PM3 months ago

The Crystal Palace vs Stoke City match will be played at the Selhurst Park Stadium, in London, England. The kick-off is scheduled at 14:30 pm ET.
6:55 PM3 months ago