We hope you enjoyed the Puebla vs FC Juarez matchday 8 telecast of Liga MX. Continue to visit the VAVEL website to stay up to date with all the information that comes up throughout the day.
11:00 PM3 months ago

Diego de Buen (Puebla) right footed shot from outside the box is blocked.
10:48 PM3 months ago

Ventura Alvarado (FC Juárez) is shown the yellow card for a bad foul.
10:46 PM3 months ago

Ventura Alvarado (FC Juárez) is shown the yellow card for a bad foul.
10:44 PM3 months ago

Alberto Herrera (Puebla) header from the center of the box to the right side of the goal.
10:31 PM3 months ago

Pablo Parra (Puebla) wins a free kick in the defensive half.
10:21 PM3 months ago

Darío Lezcano (FC Juárez) right footed shot from the center of the box misses to the left. Assisted by Diego Rolan.
10:16 PM3 months ago

Diego de Buen (Puebla) is shown the yellow card for a bad foul.
10:15 PM3 months ago

The first half ends at the Cuauhtémoc Stadium, Puebla and FC Juárez tie 0-0.
9:40 PM3 months ago

Juan Pablo Segovia (Puebla) is shown the yellow card for a bad foul.
9:39 PM3 months ago

Emanuel Gularte (Puebla) right footed shot from the center of the box misses to the left. Assisted by Federico Mancuello with a cross following a cross.
9:20 PM3 months ago

Alberto Acosta (FC Juárez) is shown the yellow card for a bad foul.
9:16 PM3 months ago

Jordi Cortizo (Puebla) is shown the yellow card for a bad foul.
9:13 PM3 months ago

Offside, Puebla. Lucão tries a through ball, but Israel Reyes is caught offside.
9:09 PM3 months ago

Iván Ochoa (FC Juárez) wins a free kick in the defensive half.
9:07 PM3 months ago

The match between La Franja of Puebla and the Bravos of FC Juárez kicks off at the Cuauhtémoc Stadium.
8:44 PM3 months ago

A difficult season for Juarez and their fans in the Primera Division. Clausura . The team is in 12th place in the championship with 7 points. The main reason for their failures is the total lack of stability, which led the club to 3 losses, 1 draw and only 2 wins. It is also important to mention that most of the time Juarez concedes goals in the period from 0-15 minutes of the game, doing so with high regularity (they have already conceded 2 goals in 6 games). At the same time, their effectiveness is low: only 1 goal per game.
8:38 PM3 months ago

In 1st place in the championship with 17 points earned after 7 games - it would be extremely difficult to imagine a better lineup for Puebla FC. This team really continues to sweep all obstacles in its path, this is evidenced by the statistics - 5 wins, 2 draws and 0 defeats. It usually takes the club only 39 minutes to score their first goal. Most often they are most dangerous for their opponent in the period from 76-90 minutes, in this period they have already scored 2 goals. On average, they score and concede 1.9 goals. There is no doubt that this team is now in a powerful emotional boom.
8:27 PM3 months ago

In total, the teams played 6 games between them. Of these encounters, Puebla FC emerged victorious on 3 occasions, while Juarez won 2 games. It cannot be ignored that 1 game ended in a draw. The last time the players fought for victory was on October 29, 2021, that meeting ended with the score 0-2. For all 6 games, they scored 10-5 goals.
8:01 PM3 months ago

The wait is over at the Cuauhtémoc Stadium as Puebla and FC Juárez return to Liga MX action with the start of Day 8 of the national soccer league. In this duel, La Franja del Puebla is undefeated and after beating Chivas at the Akron Stadium, they remain as super leaders of the tournament; on the other hand, FC Juárez suffered a setback last day when they lost to Tigres at the Olímpico Benito Juárez.
7:56 PM3 months ago

Do not miss a detail of the match with the live updates and commentaries of VAVEL. Follow along with us all the details, commentaries, analysis and lineups for this Puebla vs FC Juarez match.
7:51 PM3 months ago

What time is Puebla vs FC Juarez match for Liga MX?

This is the start time of the game Puebla vs FC Juarez of 1st March in several countries:

Watch out for this FC Juarez player:

He is one of the players with the highest hierarchy in the Bravos' squad, Diego Rolán had 13 games played out of 17 in the Juárez squad last tournament, he also scored twice and assisted only once, he also accumulated 3 yellow cards throughout the tournament; all this achieved in a total of 1,079 minutes played in the field. Juarez's current pivot will be the player to watch for this match and could tip the scales at any moment for his team to debut with the right foot at the beginning of the championship. 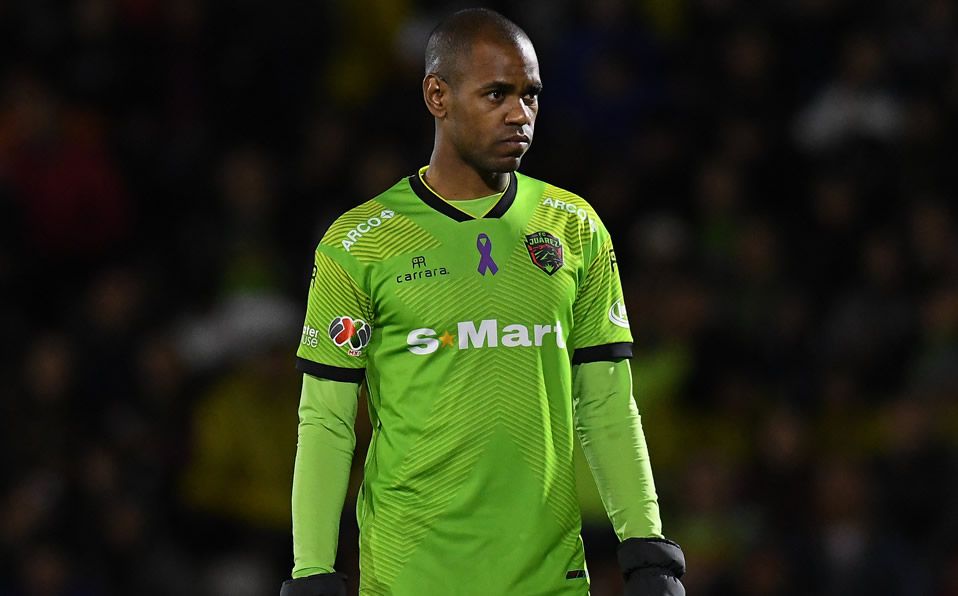 Watch out for this Puebla player:

For this match, Israel Reyes will be the player to watch for Puebla, currently the right back has played 1,229 minutes with the shirt of the strip, which are divided into 15 games played, 2 yellow cards and 1 red card, also, he is one of Larcamón's key pieces and a real wall on the right side. 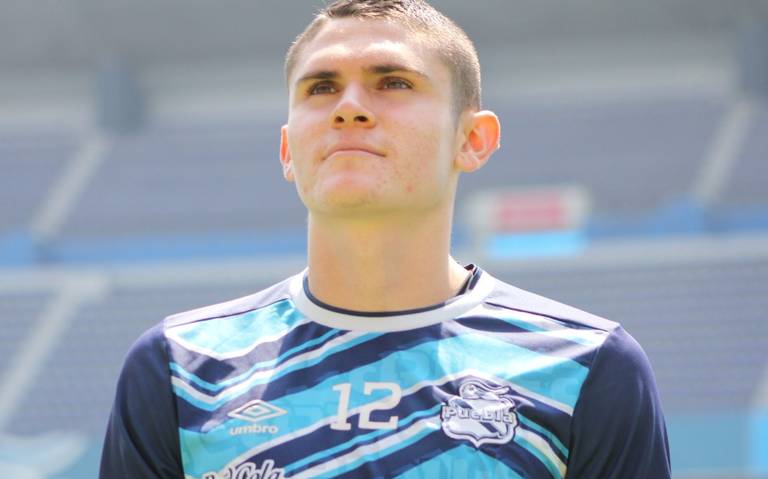 Puebla and FC Juarez have faced each other on a total of 6 occasions (3 Puebla wins, 1 draw and 2 border victories) in which the scales are tipped with a slight advantage to the Puebla side. Likewise, in terms of goals scored, it is the Puebla team that has the advantage with 10 goals scored to FC Juárez's 5. Their last meeting dates back to Day 16 of the Apertura 2021 Tournament, where Puebla won two goals to zero at the Olímpico Benito Juárez.
7:21 PM3 months ago

Cuauhtémoc Stadium is a soccer stadium located in the city of Puebla de Zaragoza (Mexico). It is the home of Club Puebla of the First Division of Mexico. It has hosted the World Cup twice: 1970 and 1986.

The Cuauhtémoc stadium, also called "Coloso de Maravillas", is the fifth stadium with the largest capacity in Mexico after the Azteca, Olímipico Universitario, Jalisco and BBVA stadiums with an approximate capacity of 51,726 spectators and it is also the highest stadium in Mexico with a height of 45.9 meters from street level to the roof.

Upon its reopening on November 18, 2015, Cuauhtémoc Stadium became the first stadium in Mexico and Latin America to be completely covered with an ETFE façade. European stadiums how the Allianz Arena or the Nuevo San Mamés are made with this same material.

Tuca Ferretti's team has so far had a regular pace throughout the Clausura 2022, FC Juárez currently has 7 points obtained from 2 wins, 1 draw and 3 defeats, likewise, in the statistics they average 6 goals for and 8 goals against, being one of the teams that have the hardest time finding the opponent's goal. Last matchday, they were defeated at home by Tigres, who were aggressive in the first half, scoring three goals, and although the Bravos tried to come back from behind on the scoreboard, time was not enough and the score at 90 minutes ended 2-3 in favor of the felines.
7:11 PM3 months ago

Nicolás Lacarmón's Puebla has surprised everyone, as they are currently the absolute leader of the general table and the only undefeated team in the competition. They have so far obtained 17 points, which have been the result of 2 ties and 7 wins, and also average a total of 13 goals for and only 5 goals against, a situation that leaves them with a +8 goal difference. Last week, Puebla went to the Akron Stadium to face Chivas Guadalajara and came from 2-0 down to finish with an impressive 2-3 victory.
7:06 PM3 months ago

It is almost halfway through the tournament

Liga MX continues its actions with a double matchday, the tournament is almost halfway through and several teams are already postulating themselves as favorites to be crowned champions of the Clausura 2022, while others are thinking about securing playoff positions and not being left out of the big party of national football. On this date, Nicolás Lacarmón's Puebla and Tuca Ferretti's Bravos will face each other in the midweek match of Liga MX, both coming from different results and living completely different realities: Puebla is still undefeated and general super leader of the championship, while Juárez has had a regular tournament that has helped them to stay in the playoffs, however, they will try to overcome last week's defeat to stay in the mid-table zone.
7:01 PM3 months ago

The Puebla vs FC Juarez match will be played at The Cuauhtemoc Stadium, in Puebla, Mexico. The kick-off is scheduled at 20:00 pm ET.
6:56 PM3 months ago

Welcome to VAVEL.com’s LIVE coverage of the 2022 Liga MX: Puebla vs FC Juárez!