Watch the best plays of Lazio win.
5:57 PM3 months ago

Adam Marusic earns the second yellow card and is sent off by Fabio Maresca.
5:56 PM3 months ago

Deserved yellow card. Adam Marusic's entry was quite hard and Fabio Maresca did not hesitate to get the yellow card.
5:55 PM3 months ago

LAZIO GOAL Felipe Anderson makes a great solo run and beats Alessio Cragno with a shot inside the area in the lower left corner. He puts 0:3 on the scoreboard.
5:01 PM3 months ago

Razvan Marin makes an attacking foul and Fabio Maresca points it out immediately.
4:37 PM3 months ago

LAZIO goal! Felipe Anderson, with great vision, sends a pass to Luis Alberto who shows great poise inside the area to score in the lower left corner. The score is 0:2.
4:26 PM3 months ago

Razvan Marin sends a sensational long ball to Raoul Bellanova, but he can't get past his marker and the rally ends.
4:18 PM3 months ago

GOAL LAZIO Ciro Immobile scores from 11 meters. He shot in the opposite direction to the goalkeeper.
4:05 PM3 months ago

Giorgio Altare's hand is claimed in the area, PENALTY IN FAVOR OF LAZIO
3:46 PM3 months ago

Everything ready for the match between Cagliari and Lazio
3:30 PM3 months ago

This is the XI starter of Lazio.

This is the XI starter of Cagliari.

In only 1 of their most recent 5 games have Lazio scored 1 or less goals against Cagliari.
3:11 PM3 months ago

The team from the capital of Italy has 2 players not available for this match, despite this they are not players of great weight, so their continuity will not be affected.

Cagliari has 3 considerable casualties for this match.

The referee for this match will be FABIO MARESCA
2:52 PM3 months ago

Saturday's activity in Serie A concludes with this match, the results so far are:

The favorite to win this match is Lazio with odds +115 according to the bookmakers.
2:14 AM3 months ago

Do not miss a detail of the Serie A match Cagliari vs Lazio live updates and commentaries of VAVEL.
2:09 AM3 months ago

If you want to watch the game Cagliari vs Lazio Live on TV, your options is SKY

Games between Cagliari vs Lazio

4 wins in the last 5 games looks such a favorable outlook for the Lazio team in addition to winning the most recent visit to Lazio, in their last 5 home games at the Sardegna Arena there have been 3 losses and 2 draws for those from Cagliari .
1:59 AM3 months ago

Pedro has scored seven of his nine goals this season in the first 30 minutes of play, but each of his three goals after that was in team wins. 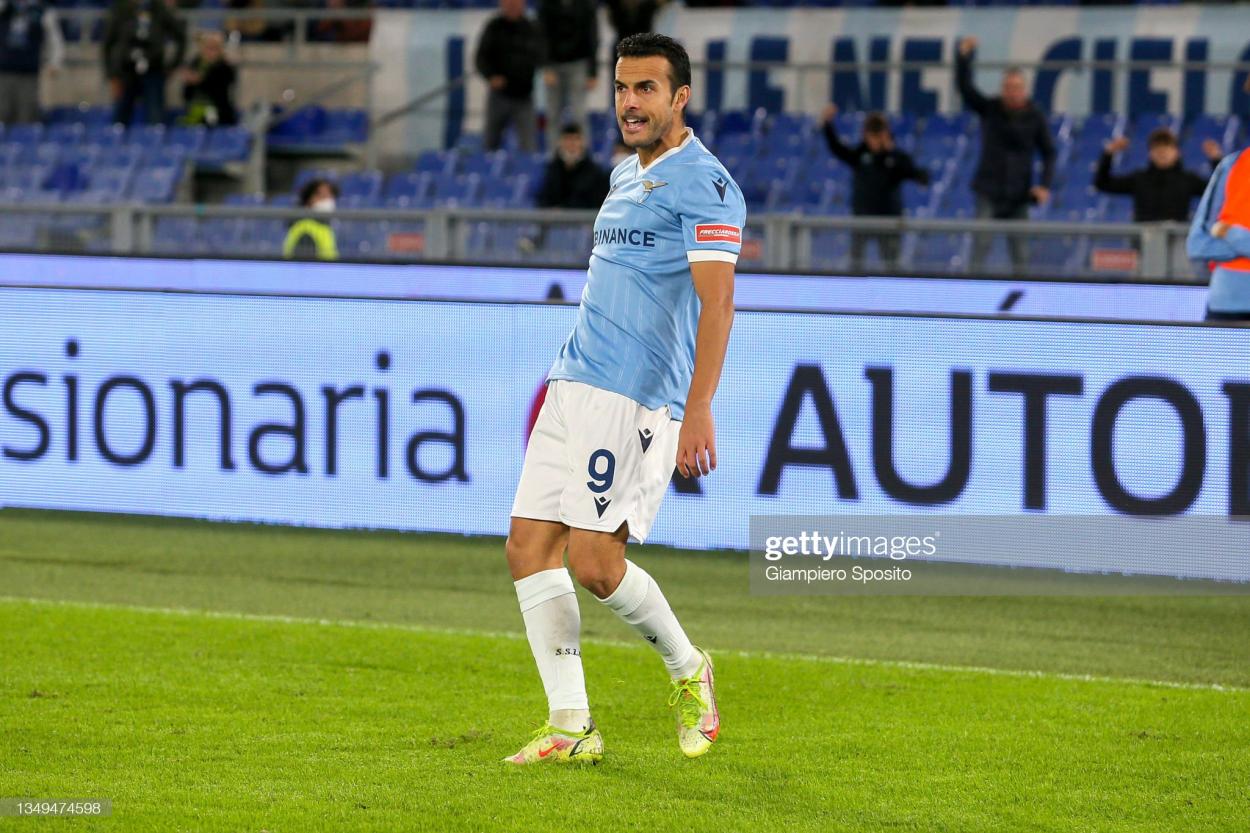 Alessandro Deiola scored the winning goal for Cagliari in the most recent match and has scored his last three goals in wins for his team.
1:49 AM3 months ago

On the other hand, Lazio conceding a stoppage-time goal against Napoli extended Lazio's winless streak to four games for the second time this season. Despite this, Maurizio Sarri's team remains close to the top six places in the standings, where they could finish for the third consecutive season. The last time he enjoyed a streak of three or more top six finishes was between 1999 and 2004.
Although they have won half their away games as betting favorites this season, the visiting side will likely need to score first if they are to win four successive away games against Cagliari for the first time in history.
That's because they have failed to win seven of the eight away league games in which they have conceded the first goal this season.
1:44 AM3 months ago

Experienced coach Walter Mazzarri has successfully lifted Cagliari out of the relegation zone. Although it is still a vulnerable team, its impressive run of only one loss in eight Serie A games, has taken the island side out of its bad moment, those 15 points won that are five more than their tally for the first 19 games.
Only three teams have added more points in that span of eight matches, and in fact, Cagliari have also lost just one of their last seven competitive matches. However, they have not won at this stadium against Lazio since 2013 losing the last three home games against this rival in a row. Notably, Cagliari have registered five wins and five losses in Serie A playing at home, a condition in which they are in 11th position to date.
1:39 AM3 months ago

The game will played at the Sardegna Arena

The stadium is located in the Italian city of Cagliari. It was built in 2017 and has a capacity for 16,000 people. The Cagliari Calcio team from Serie A, the first division of Italian soccer, plays there. Its opening was on September 17, 2017 and it has a cost of 80 million dollars
1:34 AM3 months ago

Welcome to VAVEL.com’s coverage of the Serie A match: Cagliari vs Lazio Live Updates!