Thank you for watching today's match in VAVEL, see you another day!
6:17 PM3 months ago

The highlights of the match!

A game in which Real Madrid started badly, but they pressed a lot and managed to score 2 goals in the first half and 2 in the second half, and ended up dominating the game, and Real Sociedad finished the game very badly
5:43 PM3 months ago

Changes for both teams

Merino recieves it
5:39 PM3 months ago

A pass from Carvajal to Asensio, the first one he touches and it goes in!!
5:37 PM3 months ago

After the VAR checked, it was a penalty after a foul on Vinicius Jr.
5:29 PM3 months ago

After a couple touches inside the area, Benzema scores but it is offside!!
5:24 PM3 months ago

What a powerful shot from Benzema inside the box and Remiro saves it!!
5:17 PM3 months ago

Zaldua recieves it
5:14 PM3 months ago

A powerful shot from Casemiro and Remiro saves it very well!!
5:13 PM3 months ago

A good low shot from Benzema and Remiro saves it!!
5:05 PM3 months ago

David Silva is out

Rafinha is in Jon Pacheco is out

What a great first half!!! The game started badly for Real Madrid, as Oyarzabal scored the penalty, but Real Madrid pressed hard and scored two great goals in the last minutes of the first half, this is 2-1!!
4:47 PM3 months ago

After Remiro's save, the corner is taken short, it reaches Modric and he scores the second!!
4:47 PM3 months ago

A good ball in from Benzema, Rodrygo shots and Remiro saves!!
4:43 PM3 months ago

What a bullet from outside the box from Camavinga, and it went in!!
4:32 PM3 months ago

Mikel Oyarzabal scores from the spot!!
4:11 PM3 months ago

Carvajal tackles badly David Silva and the referee decides it is a penalty
4:02 PM3 months ago

And the best match of the matchday begins!

The 3rd best defence vs the best scoring team!

Real Sociedad is the third best defense, with 25 goals conceded, above them are Real Madrid with 20 goals conceded and Sevilla with 18 goals conceded, and they go against the best attack, with 52 goals scored, and in addition, they face the best goalkeeper this season, that is Courtois.
3:43 PM3 months ago

The 22 year old Swedish striker is starting again, as well as Ancelotti, Alguacil last matchday against Mallorca he rotated the squad and played Sorloth instead of Isak, but now the Swedish striker is back at it again, will he score today?
3:41 PM3 months ago

The 21-year-old Brazilian talent is starting in this game, Ancelotti decided to rotate the squad and instead of putting Asensio, the Brazilian starts today, will he be able to put on a good game? 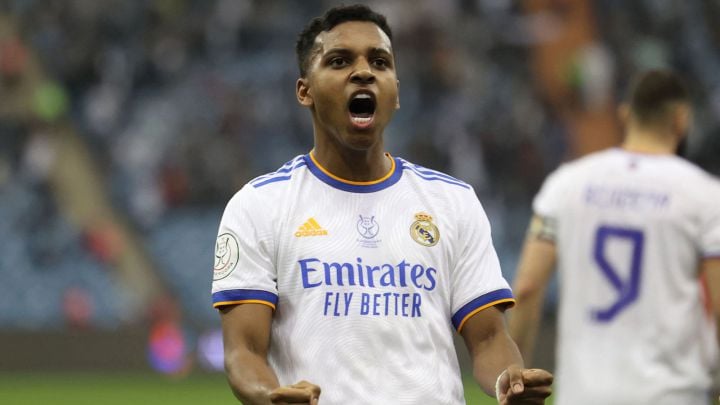 Real Sociedad and Real Madrid obviously have played many times in Santiago Bernabeu, and surprisingly the last time Real Sociedad has won in this stadium was in June 2020, they won 3-4, thanks to goals from Odegaard, two goals from Isak and a goal from Merino. Will the history repeat two years later?
3:24 PM3 months ago

Players arriving at the stadium!

Real Sociedad has many players injured!

Imanol Alguacil has 5 injured players, Januzaj has a muscle injury, Barrenetxea has a hamstring injury, Carlos Fernandez has a ligament injury, Diego Rico is the same as Barrenetxea and Nacho Monreal has a knee injury. Will today's squad be able to compete with Real Madrid?
3:06 PM3 months ago

Real Madrid could be in danger!

Real Madrid have two great players on the injury list, those are Toni Kroos and Fede Valverde (Kroos got a hamstring injury, and Valverde is sick) will it be a problem for Real Madrid's midfield today?
2:54 AM3 months ago

In a few moments we will share live the starting eleven of Real Madrid vs Real Sociedad as well as recent information of the Santiago Bernabeu. Do not lose detail of the game with the minute by minute in VAVEL.
2:49 AM3 months ago

Real Sociedad is having a season with very few goals, only Cadiz, Alavés, Mallorca, Getafe and Osasuna have scored fewer goals than them, they have only scored 27 goals and are in 6th place! But their forte is defence, they have only conceded 25 goals, and very few teams have conceded fewer goals than them. Their star player now is the Spanish Mikel Oyarzabal, who has scored 6 goals and 2 assists. Will he be able to score tomorrow at the Bernabeu? 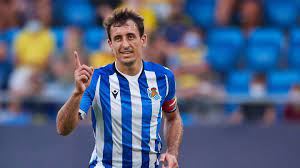 The 34-year-old Frenchman is proving that he is one of the best strikers in the world, and evidently right now he is the best striker in LaLiga, since he is currently ranked number 1 among scorers, with 19 goals, and he has also made 9 assists, and most of those are with his duo, Vinicius Jr, and vice versa, Vinicius Jr has also given him a lot of assists, will the lethal duo of Vinicius and Benzema be able to get through the defense of Real Sociedad? 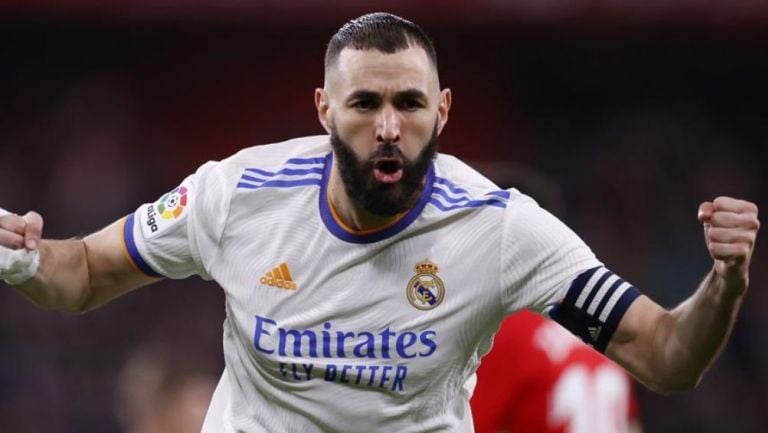 When and where to watch Real Madrid vs Real Sociedad

The game will be broadcast on ESPN and STAR +, but if you want to watch it live and online, VAVEL is your best option.
2:24 AM3 months ago

Some of the times to watch the match

These are some of the times to watch tomorrow's match

Last game they faced Mallorca, which are suffering in the  league table being in 16th place, and they easily beat them 0-2, thanks to a goal in the first half by David "El Chino" Silva, and one in the second half from Mikel Merino. Real Sociedad were having a very good season, since a few matchdays ago they were in Champions League positions, but now they have dropped 2 places, to 6th place, will they be able to achieve a miracle at the Santiago Bernabéu tomorrow?
2:14 AM3 months ago

Los Blancos have had a very good season, but sometimes they have suffered against small teams, for example against Getafe on matchday 19, they  lost 1-0, or Espanyol on matchday 8, they lost 2-1 , or many other teams that could not win the game and tied, for example against Elche on matchday 22 they tied 2-2, or against Cádiz 0-0 on matchday 18, and this matchday they suffered a lot against Rayo Vallecano, Since they only won 0-1 thanks to a late goal from Benzema, will it be difficult for them tomorrow against Real Sociedad?
2:09 AM3 months ago

The Santiago Bernabeu located in Madrid; Spain will be the stadium that will house the match between  Real Madrid and Real Sociedad corresponding to matchday 27 of the LaLiga. This stadium has space for 81,044 people.
2:04 AM3 months ago

Welcome to the broadcast of the Real Madrid vs Real Sociedad match corresponding to matchday 27 of LaLiga. The venue for the match will be at the Santiago Bernabéu at 2:00 p.m.