It's over! Barcelona adds one more victory in this tournament.
1:06 PM2 months ago

Powerful shot by Memphis, but the ball goes wide of the goal.
12:58 PM2 months ago

Goal, goal, goal for Barcelona! Memphis Depay puts the visitors ahead with a great shot.
12:56 PM2 months ago

VAR! The referee awards a penalty to Barcelona for a handball inside the area.
12:54 PM2 months ago

Ferran Torres' shot ends up hitting the outside of the net.
12:51 PM2 months ago

Barcelona changes. Adama Traoré and Memphis come on for Aubameyang and Dembélé.
12:48 PM2 months ago

Álves' cross, but the defense ends up rejecting the ball.
12:40 PM2 months ago

Goal, goal, goal for Barcelona! Ferran Torres sends a tremendous shot from inside the area, and the ball ends up in the back of the net.
12:35 PM2 months ago

Barcelona tries to tie the match.
12:34 PM2 months ago

First half ends, Elche leads by the minimum at halftime.
12:01 PM2 months ago

Goal, goal, goal for Elche! Excellent definition of Fidel Chaves, who ends up opening the scoreboard.
11:55 AM2 months ago

Pere Milla sends an accurate shot at Ter Stegen's goal, but the ball goes over.
11:54 AM2 months ago

Close! Debéle and De Jong once again sent shots on goal, but the home side put the ball out of the net.
11:43 AM2 months ago

Close! A shot from de Jong, but Diego Gonzalez saves on the line.
11:39 AM2 months ago

Dembélé arrived dangerously, but the attentive defense prevented the arrival.
11:28 AM2 months ago

Barcelona presses in the first minutes, looking to open the scoring.
11:22 AM2 months ago

The match between Elche and Barcleona kicks off.
11:17 AM2 months ago

Both teams are already on the field, warming up before the start of the match.
11:02 AM2 months ago

Barcelona, with Xavi at the helm, will be looking to emerge victorious from this building, which is why they are already at the.
10:57 AM2 months ago

Elche is already in the building, ready to face Barcelona in this match.
10:52 AM2 months ago

Xavi spoke before the match: "We are a team, with the president at the helm, Mateu, Jordi Cruyff... communication is fluid. This is a group. I don't decide on my own. I'm a consensus builder, a team player, a questioner. My role is decisive, but I am not alone".
10:47 AM2 months ago

This is how the building where this important match will be played looks, which means a lot to both teams. 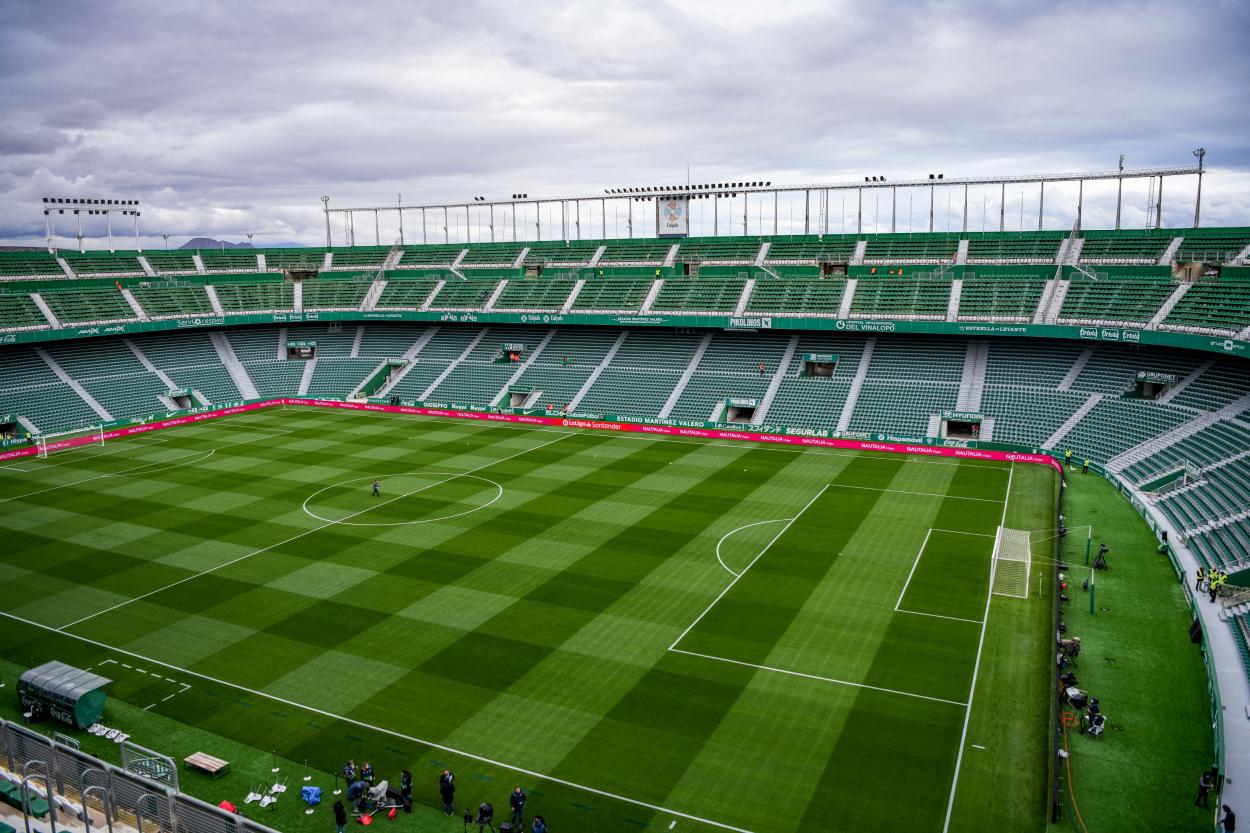 Xavi spoke before the match: "We have five games in two weeks and we have to manage the minutes, the fatigue, the injuries.... There are options in attack, and I'm delighted to have them because I didn't have them before".
10:37 AM2 months ago

These are two of the last three games played in LaLiga in Elche, where the team has not managed to win, so tonight they will seek to get the three points of utmost importance.
10:32 AM2 months ago

Let's keep on the right track!

Barcelona has already beaten Elche in five matches in the competition, registering one of its best numbers.
10:27 AM2 months ago

Good morning, we are back to bring you the minute by minute of the match between Elche and Barcelona. Shortly we will share with you the most relevant information about both teams as well as the confirmed lineups.
10:22 AM2 months ago

Stay tuned for the ElChe vs Barcelona live stream.

In a few moments we will share with you the starting lineups for ElChe vs Barcelona live, as well as the latest information from the Manuel Martinez Valero Stadium. Don't miss any details of the match with VAVEL's minute-by-minute live online coverage.
10:17 AM2 months ago

How to watch ElChe vs Barcelona Live Stream on TV and Online?

If you want to watch the game ElChe vs Barcelona live on TV, your options is: ESPN+.

Ferran Torres spoke ahead of the match: "I'm very happy, the coach trusts me a lot and I'm calm in front of goal. We have to work hard and the results will come. I'm on the way, because goals come in spurts and sometimes they do and sometimes they don't. So the key is to be constant. So the key is to be constant, to be mentally well. When one goes in, they will all go in and you have to be positive."

"There is a lot of focus on the goal, but it's not all about that. I think I'm bringing more things to the team. It's true that I'm an attacking player, but there are other factors such as helping out defensively, giving assists, teaming up... which is also important."

When you come to Barça you know that it is one of the best teams in the world and every season you have to fight to win every title and, as long as there are options, we will fight until the last minute."

"The Europa League is an important competition for us, we have to go and win it. The tie against Napoli was a turning point because the results were what they were. We have a very young team, with some veterans. We are Barça and I think we are turning the situation around. We are ready to take a step forward and do cool things".

Torres spoke about the good work Pedri has been doing: "Every time he goes out on the pitch he shows what a player he is. He is different and can mark an era".

Barcelona come into this match having gone ten games unbeaten, their last defeat coming on December 4 when they lost to Betis by the narrowest of margins. Moreover, in their last match they won four goals to nil against Athletic. 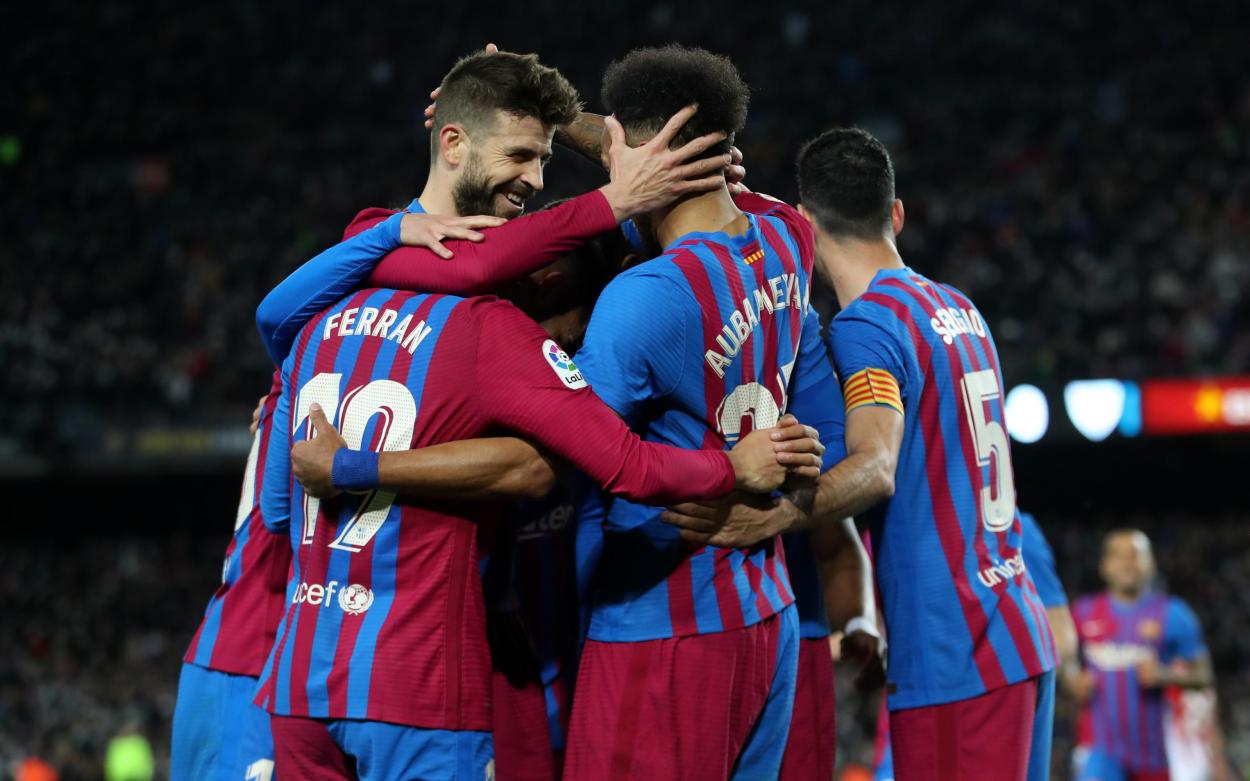 ElChe arrives to this match after losing against Levante three goals to zero, in addition to not having a good season and being in the thirteenth position, so they will go all out for the victory. 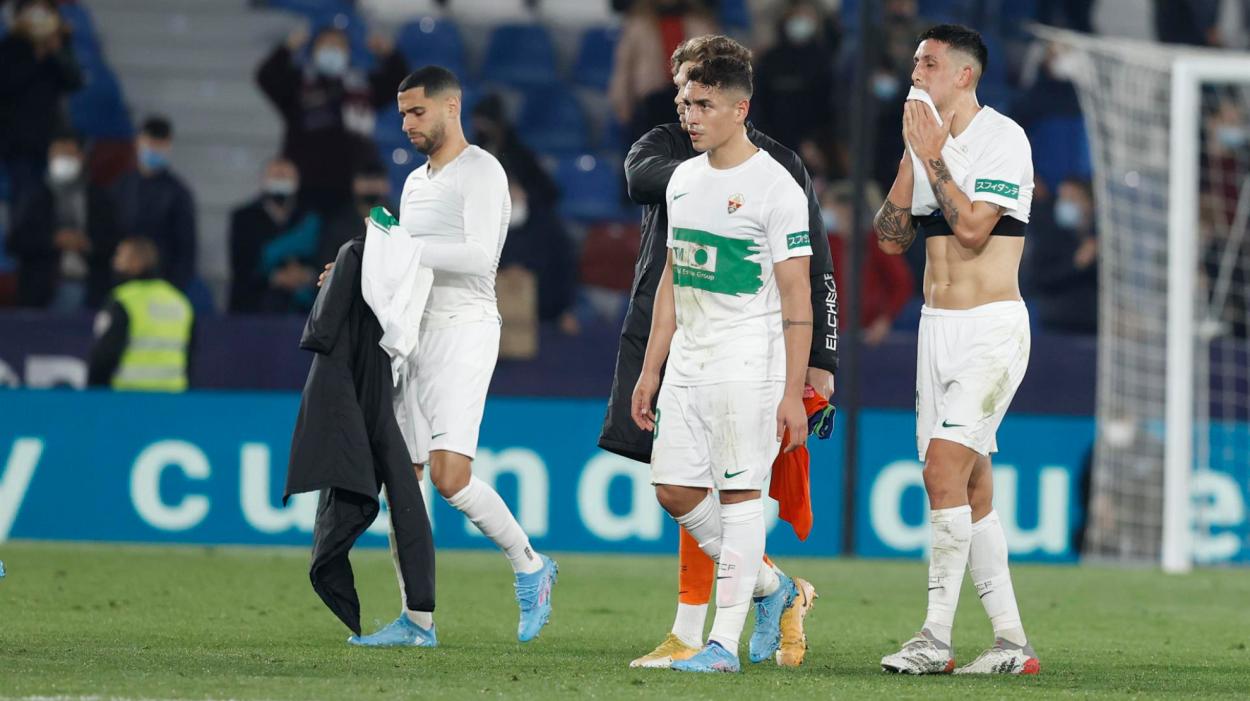 The match will be played at the Manuel Martínez Valero Stadium.

The match of ElChe vs Barcelona will be played at the Manuel Martínez Valero Stadium, located in ElChe, Spain. The stadium has a capacity for 33,732 people.
9:52 AM2 months ago

Welcome to VAVEL.com’s coverage of the 2022 LaLiga match: ElChe vs Barcelona Live Updates!

Philadelphia Union vs Inter Miami CF preview: How to watch, team news, predicted lineups, kickoff time and ones to watch 17 hours ago

New York Red Bulls vs Chicago Fire preview: How to watch, team news, predicted lineups, kickoff time and ones to watch 17 hours ago

D.C. United vs NYCFC preview: How to watch, team news, predicted lineups, kickoff time and ones to watch 21 hours ago
//