It's over! Inter wins, but it's not enough to qualify for the next round.
5:55 PM2 months ago

Vidal! Diaz's shot, but Chile's Arturo Vidal dives and deflects the ball to prevent the tie.
5:52 PM2 months ago

Robertson fails to send the pass in time to Salah, missing a very clear one for the home side.
5:47 PM2 months ago

Close! Liverpool came close to tying the score after a defensive error.
5:29 PM2 months ago

Liverpool changes. Jones and Thiago come on for Keitas and Henderson.
5:27 PM2 months ago

He's leaving! Alexis Sanchez makes a hard tackle on Fabinho and the referee sends him to the locker room early.
5:25 PM2 months ago

Goal, goal, goal for Inter! Lautaro Martinez's shot into the corner that ends up going into the net guarded by Alisson.
5:22 PM2 months ago

Calhanoglu's shot, but it ends up crashing into the defense.
5:15 PM2 months ago

Salah takes advantage of a rejected ball and the ball ends up hitting the post.
5:11 PM2 months ago

Halftime at Anfield, the score remains goalless, although the home side remain on top on aggregate.
4:50 PM2 months ago

Liverpool looks to open the scoring, but can't get the right definition.
4:42 PM2 months ago

Calhanoglu's shot, but Alisson ends up preventing the ball from going in.
4:36 PM2 months ago

Trent-Alexander's pass looking for Salah, but the ball ends up in the goalkeeper's hands.
4:31 PM2 months ago

Close! Matip's header crashes against the crossbar.
4:29 PM2 months ago

All is well! The game is still in progress and all indications are that the fan is doing well.
4:26 PM2 months ago

The actions are stopped to attend to a fan in the stands.
4:22 PM2 months ago

Lautaro Martinez and Vidal look to create danger in Handanovic's goal, but their finishing fails them.
4:14 PM2 months ago

Liverpool seeks to open the scoring, but fails to score correctly
4:04 PM2 months ago

The match between Liverpool and Inter kicks off.
4:03 PM2 months ago

Both teams are already on the field warming up before kickoff.
3:49 PM2 months ago

To complete the feat

Klopp and his team are already at Anfield, tonight they will be looking to maintain their lead and qualify for the next round.
3:44 PM2 months ago

Inter are already at Liverpool's home ground, ready to look for a comeback in this difficult encounter.
3:39 PM2 months ago

This is what Anfield looks like to host this decisive Champions League match. 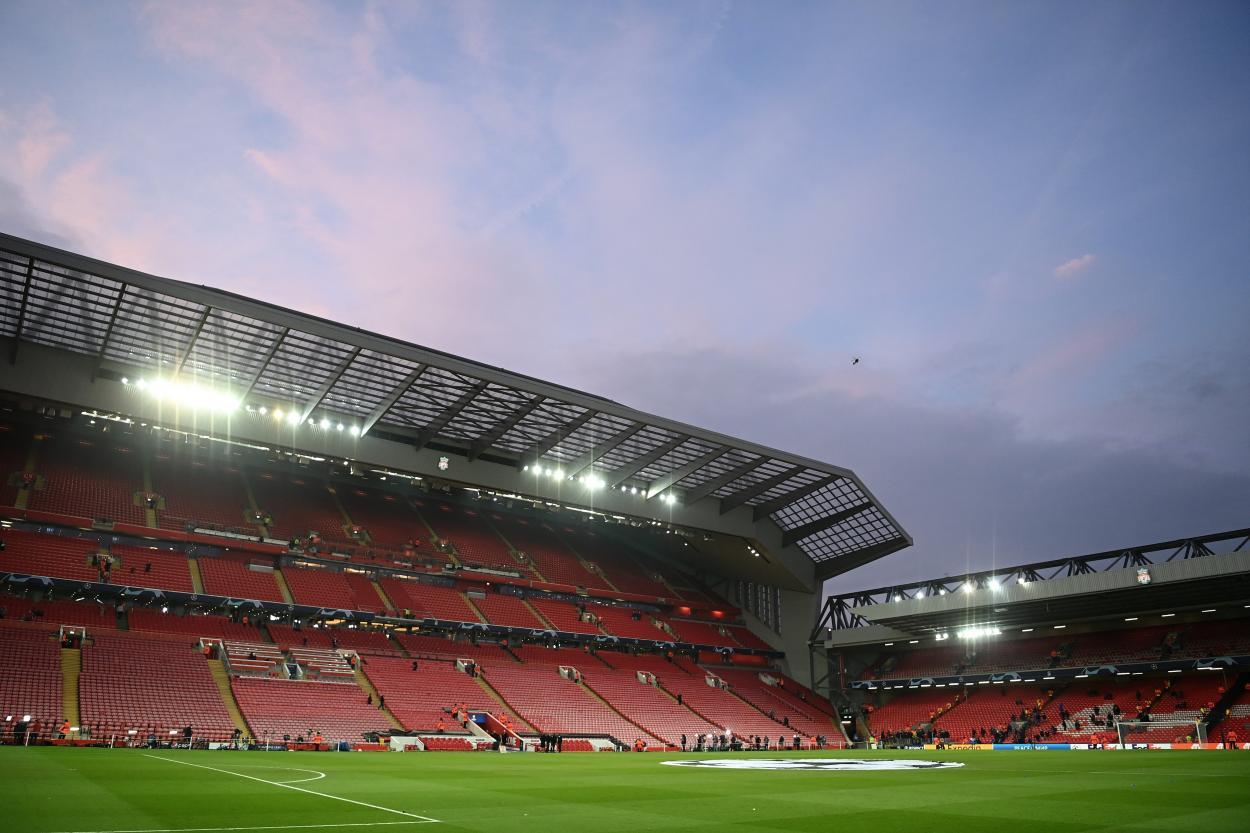 Jordan Henderson spoke about the team they face: "Inter are at the top of Serie A and they are there for a reason. The quality of their squad is there for all to see and it's no wonder they don't lose too often."
3:29 PM2 months ago

Alessandro Bastoni has now played 100 games as a starter in all competitions wearing the Inter jersey.
3:24 PM2 months ago

Inter has not beaten English teams in this competition since 2009, when they won against Chelsea by the narrowest of margins.
3:19 PM2 months ago

These are three matches that these teams have played, of these, Liverpool has come out victorious in all of them and has not conceded a goal.
3:14 PM2 months ago

Good afternoon, we're back for the minute-by-minute coverage of the decisive duel between Liverpool and Inter. We will shortly share with you the confirmed line-ups as well as the most relevant information about each team.
3:09 PM2 months ago

Stay tuned for the Liverpool vs Inter live stream.

In a few moments we will share with you the starting lineups for Liverpool vs Inter live, as well as the latest information from Anfield Stadium. Keep an eye on the action with VAVEL's minute-by-minute live online coverage.
3:04 PM2 months ago

How to watch Liverpool vs Inter Live Stream on TV and Online?

If you want to watch the game Liverpool vs Inter live on TV, your options is: TUDN.

Jürgen Klopp spoke ahead of the game: "You can't have a team at half-time that thinks it's over. Then you're on the wrong track. It's a much better result than we expected, if I'm honest. It didn't look like we were going to win 2-0 for most of the game. It's a tough tie and it was a really tough game."

"We knew they had quality, but now we know they have real quality. They'll show up here after winning their last game 5-0. Yes, against the bottom of the table, but it's still really impressive. Lautaro Martinez scored a hat-trick, Dzeko scored, Gosens is back. I'm really happy that Barella is not playing because he created three or four chances."

"It's a really good and experienced team that doesn't come here as tourists. They want to win the game and that's what we want to do, we are not a team that defends results. We want to attack, so let's see what we can do."

"Everyone trained yesterday, full strength. I'm not sure what we'll do with that, but to be honest, we have to see how they react. Thiago was only out for a week, so he should be fine, but I have to wait. Joel was only out for three or four days, so he's fine. Firmino was a little bit longer, it was his first session, so we'll see."

To keep on winning

Inter are coming off the back of a five-goal win over Salernitana, and will be looking to continue their winning streak, which puts them in second place in the Serie A table. 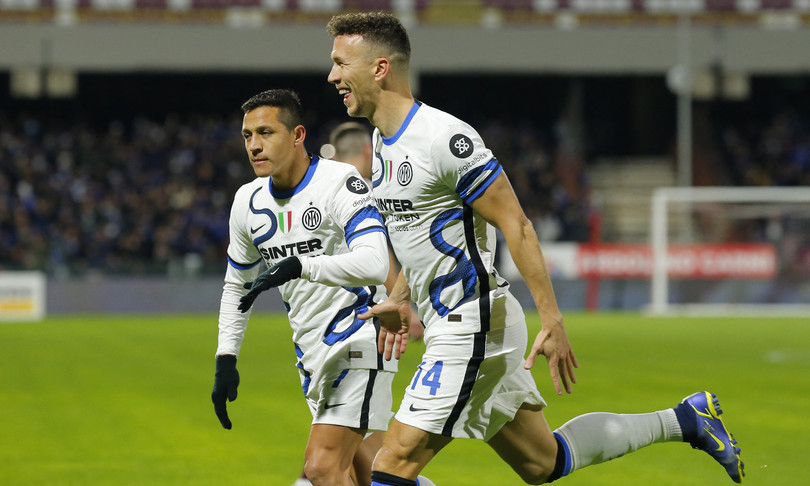 Liverpool come into this match after winning by the minimum against West Ham in this building, tonight, they will seek to continue showing good results and qualify for the quarterfinals. 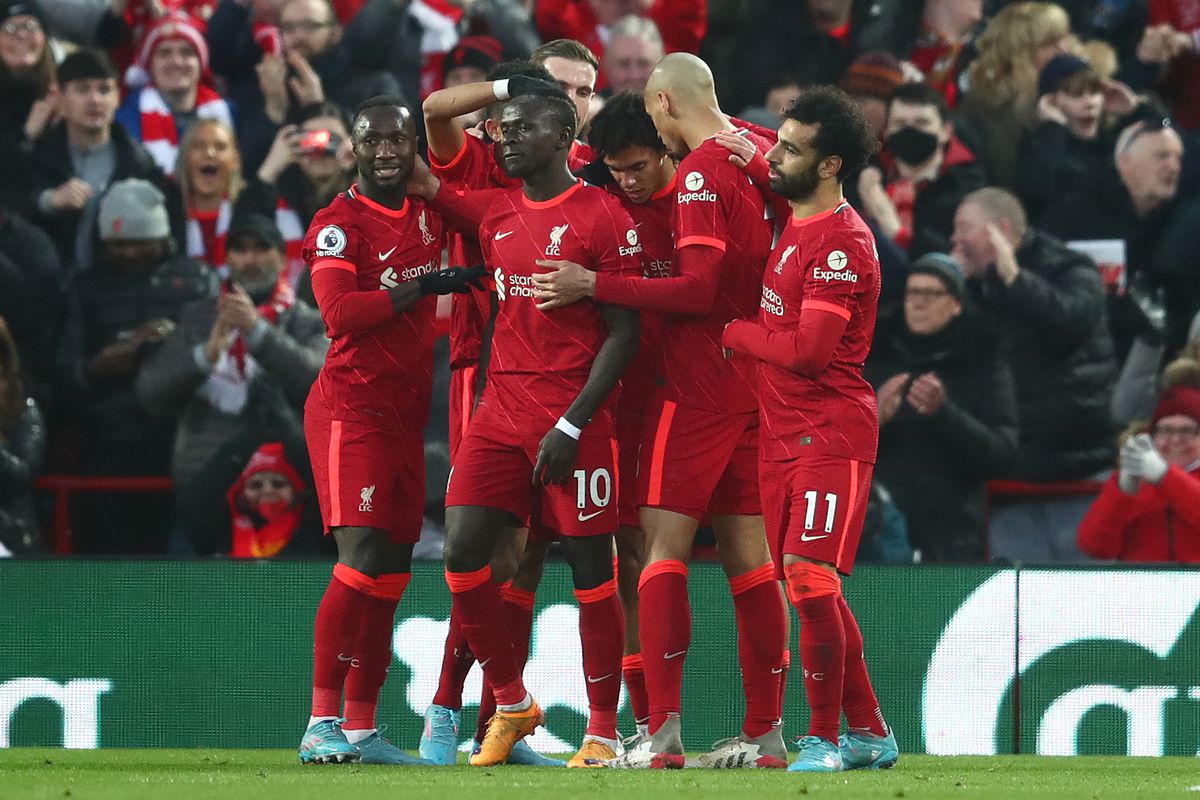 It's all to play for!

Tonight will define one of the teams that will qualify for this match, Liverpool arrives with an advantage of two goals to zero, however Inter will seek to complicate and tie the match in order to define everything on penalties.
2:39 PM2 months ago

The match will be played at Anfield Stadium.

The Liverpool vs Inter match will be played at the Anfield Stadium, located in Liverpool, United Kingdom. The stadium has a capacity of 53,394 people.
2:34 PM2 months ago