We hope you enjoyed the match, which resulted in a very close result in favor of Wolverhampton, stay tuned to VAVEL for much more from the Premier League.
5:21 PM2 months ago

The match ends at Molineux Stadium with victory for the home team as expected.
5:14 PM2 months ago

Great shot by Ruben Neves, who beat a player outside the box and put the ball into the far post corner to pump the ball past the goalkeeper.
5:11 PM2 months ago

Now comes the change for Watford: Etebo comes on for Cleverley.
5:10 PM2 months ago

Dangerous play by Podence with a shot on goal after a rebound but it only goes close.
4:44 PM2 months ago

A dangerous cross is well caught by the Watford goalkeeper.
4:37 PM2 months ago

The first half ends and the partial victory is 3-0 in favor of Wolverhampton.
4:14 PM2 months ago

Three shot attempts by Watford but two of them were well blocked and the third went wide of Sá's goal.
4:06 PM2 months ago

Yellow card for Nouri for a foul on the edge of the area.
3:57 PM2 months ago

Great through ball from Sissoko to King but the latter enters the box and misses the shot in front of goal.
3:54 PM2 months ago

Foster makes a mistake at the start and gives the ball away to Podence, who sees an empty net and shoots for Wolves' third in a row.
3:51 PM2 months ago

A play from side to side, where Nouri takes a cross and the ball hits Chucho Hernandez who sends it into his own goal.
3:44 PM2 months ago

Raúl Jiménez found a ball in the box and after taking a bouncing shot, scored the first goal of the afternoon for the home team.
3:42 PM2 months ago

Wolves vs. Waford game kicks off
3:26 PM2 months ago

They will be in charge of directing the actions of this match:

The Wolves goalkeeper has also been a key factor, as he has not allowed any goals in nine games in total, standing out for his great runs and saves.
3:18 PM2 months ago

This is how the visiting players arrived and they seem to be very concentrated and will try not to allow any mistakes that could cost them the game.

We could be said that the visiting team attacks better than the home team as they have scored a total of 27 and 24 goals respectively.

However, there is a very noticeable difference in the defense that has hurt Hodgson's team, because while Wolves have only conceded 23 goals, Watford has allowed 50 goals, so their most vulnerable part is the defense.

This is how the visiting team will start this afternoon's game:

This is the confirmed Wolves lineup: they will take the field with the following 11 elements:

The stadium is set

Both teams have already arrived at the Molineux stadium in search of the three points that will help each team achieve their respective goals. 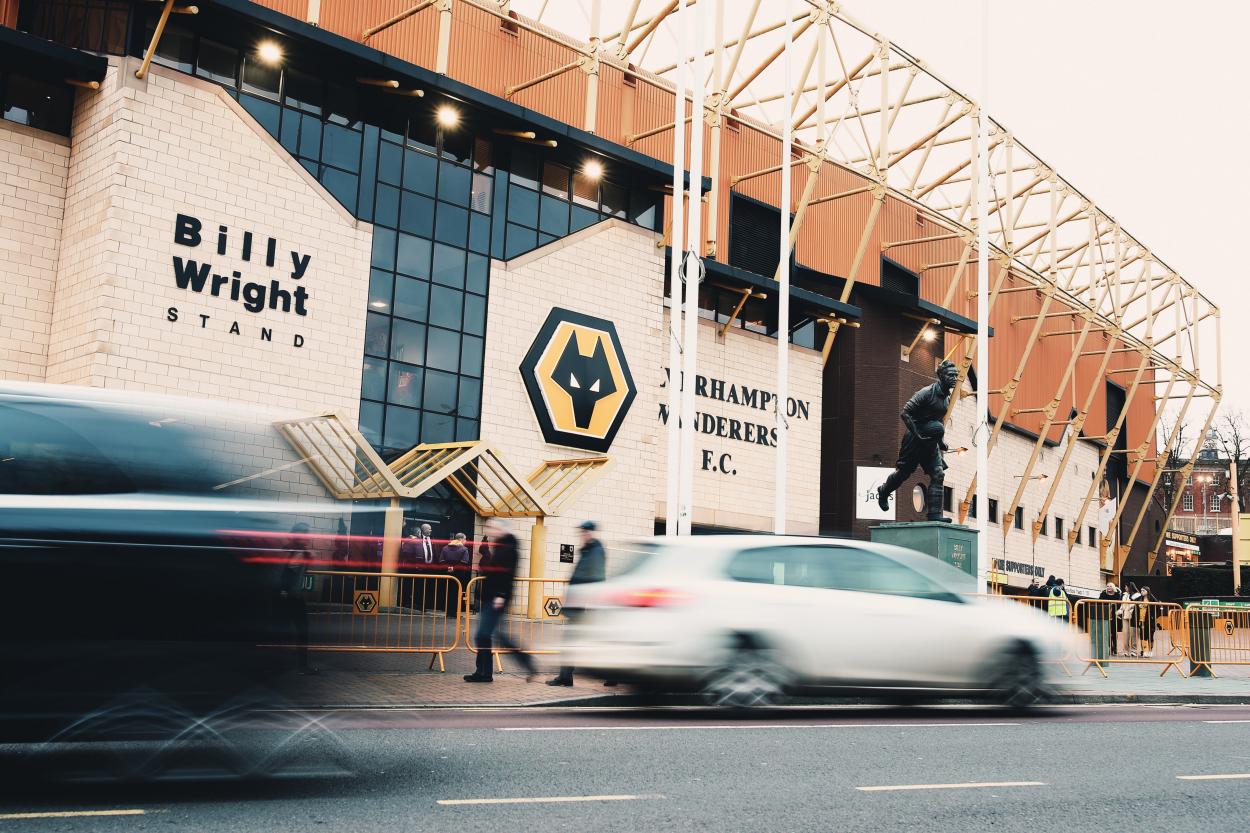 In a few moments we will present you the match lineups, data and the best minute by minute of Wolves vs Watford corresponding to the 19th matchday of the Premier League 2021-2022.
2:48 PM2 months ago

In a few moments we will present you with the match line-ups, data, news and the best minute-by-minute coverage on VAVEL.
2:43 PM2 months ago

How and where to watch Wolves vs Watford

The match will be broadcast on Peacock.

If you prefer to follow it LIVE on the internet, VAVEL USA is your best option.

These were the players that Hodgson sent to the field for the match against Arsenal:

This is how the team led by Bruno Lage started the previous game:

Despite Watford's poor season that has them fighting for relegation, player Emmanuel Dennis has been at his best this season.

He has been involved in no less than 14 goals (more than half of Watford's total), with nine goals and five assists. 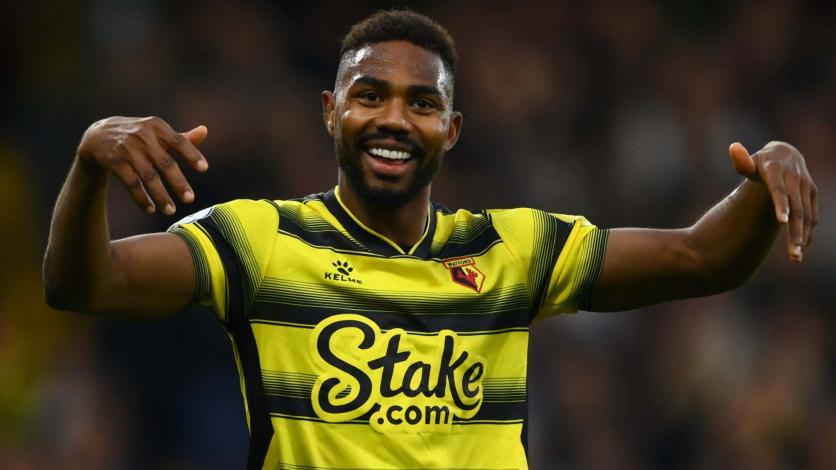 There is no doubt that Wolves' best player is Mexican Raúl Jiménez, because despite being tied in goals with Hee-Chan (5), he also has three assists, which makes him the player with the most goal-scoring participations.

Tonight he will have to show his characteristic forcefulness to get the three points. 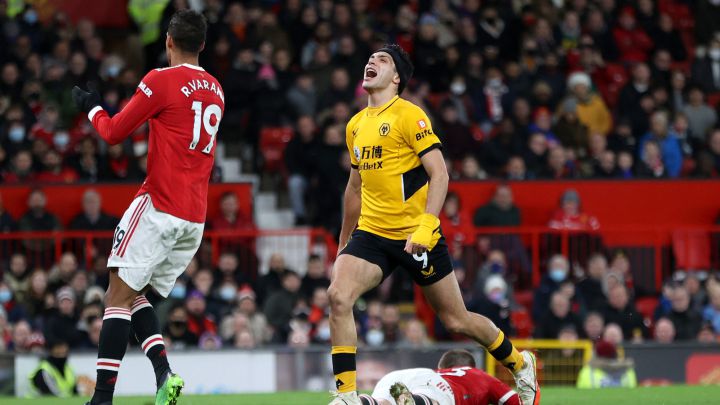 Watford does not want to be relegated

The visiting team is sinking to the bottom of the general table, with only 19 points in 27 games played.

In the previous matchday they lost 3-2 at home, when they hosted Arsenal. The goals for Watford were scored by Hernández and Sissoko.

Wolves with an acceptable season

The home team has a very good performance in the current Premier League season, being in the eighth position of the overall table, just seven points away from reaching a place in European competitions.

In their last match they were defeated by Crystal Palace with a score of 2-0, so today they will have to break a streak of three consecutive lost matches.

The match will be played at the Molineux

The Wolves vs Watford match will be played at the Molineux stadium, in Wolverhampton, UK, with a capacity of 31,700 people.

This sports venue has a long and illustrious history as one of the first in the country to install artificial lighting, as well as some of the first stadiums to host European Cup matches in the 1950s.

It has also hosted matches for the England national soccer team and more recently, England Under-21s, as well as the 1971-72 UEFA Cup Final.

This day we will have a match that will undoubtedly leave us a lot to talk about between two English teams that have very different goals in the current Premier League.

Raúl Jiménez's Wolverhampton is looking to get into the qualification zone for European competitions, while Watford wants to get essential points to avoid relegation.

Philadelphia Union vs Inter Miami CF preview: How to watch, team news, predicted lineups, kickoff time and ones to watch 4 hours ago

New York Red Bulls vs Chicago Fire preview: How to watch, team news, predicted lineups, kickoff time and ones to watch 4 hours ago

D.C. United vs NYCFC preview: How to watch, team news, predicted lineups, kickoff time and ones to watch 8 hours ago