We hope you enjoyed our coverage of Brentford vs Burnley, matchday 29 of the Premier League. Stay tuned to the VAVEL website for updates throughout the day.
12:53 PM2 months ago

The match ends from the Brentford Community Stadium, the home side beat Burnley and sink them further down the table.
12:45 PM2 months ago

Jay Rodriguez (Burnley) hits the bar with a right footed shot from more than 35 yards. Assisted by James Tarkowski.
12:34 PM2 months ago

David Raya (Brentford) wins a free kick in the defensive half.
12:30 PM2 months ago

Vitaly Janelt (Brentford) wins a free kick in the attacking half.
12:17 PM2 months ago

Ivan Toney (Brentford) wins a free kick in the attacking half.
11:47 AM2 months ago

Attempt blocked. Bryan Mbeumo (Brentford) right footed shot from a difficult angle on the right is blocked.
11:37 AM2 months ago

Attempt missed. Dwight McNeil (Burnley) header from the centre of the box misses to the right. Assisted by Ashley Westwood with a cross.
11:34 AM2 months ago

Offside, Burnley. Nick Pope tries a through ball, but Wout Weghorst is caught offside.
11:33 AM2 months ago

Attempt blocked. Bryan Mbeumo (Brentford) left footed shot from the centre of the box is blocked. Assisted by Christian Eriksen.
11:26 AM2 months ago

Connor Roberts (Burnley) wins a free kick in the defensive half.
11:25 AM2 months ago

Attempt missed. Maxwel Cornet (Burnley) left footed shot from the left side of the box misses to the right. Assisted by Dwight McNeil.
11:21 AM2 months ago

Corner, Burnley. Conceded by Kristoffer Ajer.
11:20 AM2 months ago

Attempt saved. Christian Eriksen (Brentford) right footed shot from outside the box is saved in the bottom left corner. Assisted by Sergi Canós.
11:18 AM2 months ago

vCorner, Brentford. Conceded by Nick Pope.
11:15 AM2 months ago

Corner, Burnley. Conceded by Rico Henry.
11:11 AM2 months ago

Corner, Burnley. Conceded by Bryan Mbeumo.
11:10 AM2 months ago

Attempt missed. Bryan Mbeumo (Brentford) left footed shot from the centre of the box is just a bit too high. Assisted by Ivan Toney.
11:08 AM2 months ago

Rico Henry (Brentford) wins a free kick in the defensive half.
11:07 AM2 months ago

Attempt missed. Josh Brownhill (Burnley) right footed shot from outside the box is close, but misses to the left from a direct free kick.
11:04 AM2 months ago

Ethan Pinnock (Brentford) wins a free kick in the attacking half.
11:01 AM2 months ago

Brentford hosts Burnley at the Brentford Community Stadium, both teams are looking for three points today.
10:43 AM2 months ago

But Burnley is in the danger zone. In 26 rounds, the Burgundians scored 21 points and is the 18th place in the table. The situation is not critical, because there is only one point behind the salvageable 17th place.In addition, the game of Everton (17) and Leeds (16) does not stick at all. In the last rounds, Daich's wards had difficult opponents, and in the end the guys left with nothing: 0:2 with Leicester and 0:4 with Chelsea.
10:27 AM2 months ago

Finally, Brentford delivered a long-awaited positive result. In the extreme confrontation, the "bees" confidently beat Norwich with a Score of 3:1. Yes, this victory was necessary for the Club, because the game fell and the guys were in danger of being in the relegation zone. Today, Frank's protégés are in 15th place, with 27 points on the active. In general, for the rookie in the league, the team shows good soccer.
10:20 AM2 months ago

INTERESTING FACTS ABOUT THE TEAMS

In the last five years, the teams have met once. The clash took place in October last year at Burnley and ended with the home team winning 3-1. It should be noted that already in the 36th minute the score was 3-0.
10:05 AM2 months ago

ALREADY AT THE STADIUM

Brentford are already at home to report for their duel against Burnley, they are looking for three more points to keep climbing up the standings.

The wait is over, the actions in the Premier League are back with the duel between Brentford and Burnley, both teams are in the lower part of the table with the locals out of the red zone and the visitors looking for salvation with a victory.
4:26 PM2 months ago

Do not miss a detail of the match with the live updates and commentaries of VAVEL. Follow along with us all the details, commentaries, analysis and lineups for this Brentford vs Burnley match.
4:21 PM2 months ago

What time is Brentford vs Burnley for Premier League?

This is the start time of the game Brentford vs Burnley of 12th March in several countries:

From England to the world, Nick Pope will be the player to watch for this match. From 2016 onwards, the Englishman has played 10,044 minutes with the vinotinto jersey in which he has become an authentic reference under the three posts with 133 saves and 39 clean sheets, also, he has 112 appearances in the Burnley starting lineup. Also, on 5 occasions he has received the yellow card and only once he was sent off with a straight red card, Pope could be the unbalancing factor that puts the balance in favor of the visiting team. 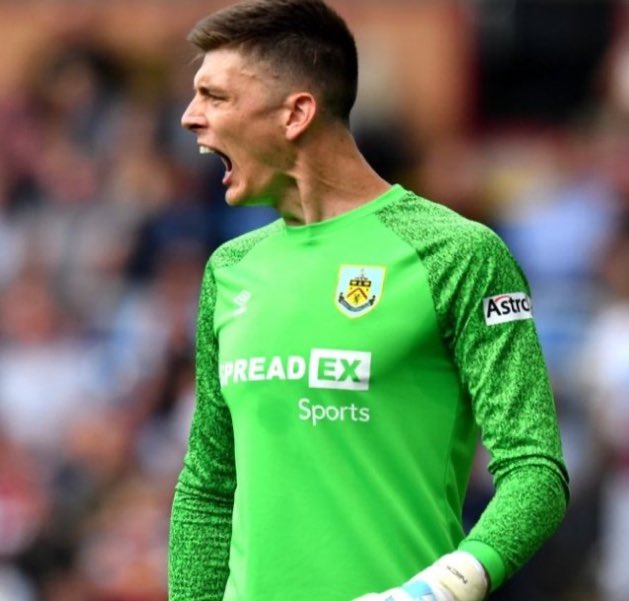 Watch out for this Brentford player:

For this match, Brentford's center forward and penalty area killer Ivan Toney will be the player to watch for this match. So far, the striker has 1,918 minutes so far this season with Brentford, minutes that are divided into 22 games played, 6 goals, 2 assists and 5 yellow cards. Also, in the last game he scored an important double to get the three points, so he will be the player to follow for this game.

Brentford and Burnley have met on a total of 15 occasions (4 wins for Brentford, 3 draws and 8 wins for the Burnley side) with the scales tipping heavily in favor of the visitors. In terms of goals, Burnley is slightly better with 29 goals scored while Brentford has scored 28 goals. Their last meeting dates back to matchday 10 of the current season where Burnley took all three points with a convincing score of 3-1.
3:51 PM2 months ago

Brentford Community Stadium is a stadium in Brentford, west London. It is the new home of Brentford Football Club and London Irish Rugby Club from 2020, replacing the former Griffin Park ground. It has a capacity of 17,250 spectators and is used for both soccer and rugby matches. The new stadium is at the heart of plans to regenerate the surrounding area, including new residential areas and commercial zones.
3:46 PM2 months ago

Looking to get out of the red zone

Burnley has lived an odyssey to try to get out of the relegation zone of the Premier League, at the moment they are in 18th place in the general table with 21 points played that have been the product of 3 wins, 12 draws and 11 defeats, also, in the statistics they have 22 goals for and 36 goals against, a situation that leaves them with a difference of -14 goals. Last game, Burnley suffered a 0-4 loss to Chelsea and will now look to beat Brentford to add points and get out of the relegation zone.
3:41 PM2 months ago

Securing their place in the Premier League

Brentford is currently in 15th place in the Premier League, 6 points away from the first relegation place. Brentford has 27 points from 7 wins, 6 draws and 15 defeats so far this season, and also has 30 goals scored and 45 goals conceded, which leaves them with a goal difference of -15 goals. Likewise, the locals are in high spirits after having won last week's match with a double goal by Ivan Toney and have moved further away from the red zone of the league.
3:36 PM2 months ago

They do not want to fall into the red zone

The twenty-ninth round of the Premier League has arrived for Brentford and Burnley, both teams are in the lower part of the table, being the visitors the ones that are currently deeper in the overall table. Brentford is coming from an important victory that moved them 6 points away from the relegation zone, however, with still a game to play, it is a must not to be confident in order to continue being part of the Premier League. On the other hand, Burnley suffered a crushing defeat against Chelsea and is still in the relegation zone, so it will be important to get a victory this matchday as they could continue sinking deeper and deeper to the point of being mathematically eliminated before the end of the season.
3:31 PM2 months ago

The Brentford vs Burnley match will be played at Brentford Community Stadium, in Brentford, England. The kick-off is scheduled at 10:00 am ET.
3:26 PM2 months ago

Welcome to VAVEL.com’s LIVE coverage of the 2022 Premier League: Brentford vs Burnley!