Last minutes of the match and Blackpool is taking the 3 points.
12:41 PM3 months ago

The teams have stopped attacking in the last 10 minutes of the game.
12:35 PM3 months ago

Swansea closes in on second goal
12:31 PM3 months ago

Blackpool, unable to hold on to the ball, is getting desperate.
12:26 PM3 months ago

Little by little, the intensity of the game increases.
12:22 PM3 months ago

The two teams do not find clarity at the moment of reaching the last zone of the field.
12:17 PM3 months ago

Swansea's possession continues and they are not lending the ball to the home side.
12:10 PM3 months ago

The second half starts with a lot of intensity.
12:06 PM3 months ago

last minutes of the first half. Blackpool will take the lead into the break.
11:37 AM3 months ago

The pace of the game slows down a bit, but everything remains the same.
11:31 AM3 months ago

Swansea controlling the game in the face of little Blackpool attack after the goal
11:26 AM3 months ago

The pace of the game slows down, both teams lack clarity when attacking.
11:21 AM3 months ago

There is a fierce fight for the ball in the midfield.
11:17 AM3 months ago

Swansea continue to hold possession after a quick Blackpool goal
11:12 AM3 months ago

Little by little Swansea tries to generate dangerous plays.
11:06 AM3 months ago

Goooooool for Blackpool, Madine quickly puts the home side in front.
11:02 AM3 months ago

Blackpool vs. Swansea kick off
10:51 AM3 months ago

Everything is ready for the start of this match, the two teams are getting ready to take the field.
10:50 AM3 months ago

Little by little the stadium fills up, fans of both teams are present for the start of the match.
10:45 AM3 months ago

This is the visitors' lineup: 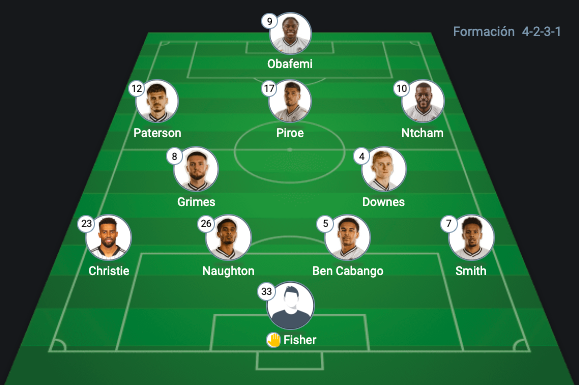 This is Blackpool's lineup: 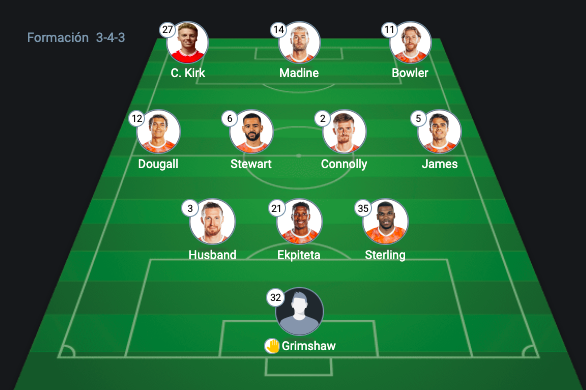 The two teams are just minutes away from taking the field for warm-up exercises.
10:30 AM3 months ago

The last time these two teams met was on November 20 when they played to a 1-1 draw in a match that left us with a lot of excitement.
10:25 AM3 months ago

The referee will be Steve Martin.
10:15 AM3 months ago

In a few moments we will share with you the Blackpool vs Swansea live starting line-ups, as well as the latest information on the match from Bloomfield Road Stadium.
10:10 AM3 months ago

Where and how to watch Blackpool vs Swansea online and live.

The match will be broadcast on Sky Sports and on the Blue to go App.

If you want to watch the match live and online, VAVEL Mexico is your best option.

The record leans towards Swansea with 2 wins and 1 draw and only 1 win for Blackpool, the last time they met was on November 20 last year when they drew 1-1.
10:00 AM3 months ago

Watch out for this Swansea player

Dutch forward of 22 years old, currently one of the scorers in the Championship tournament, has 33 games played, 14 goals and 4 assists, has not been called with the Dutch national team, but if player in the youth where he excelled in the U-19 with 13 games and 8 goals scored, he will seek to give the 3 points to his team to get out of the bottom of the overall table. 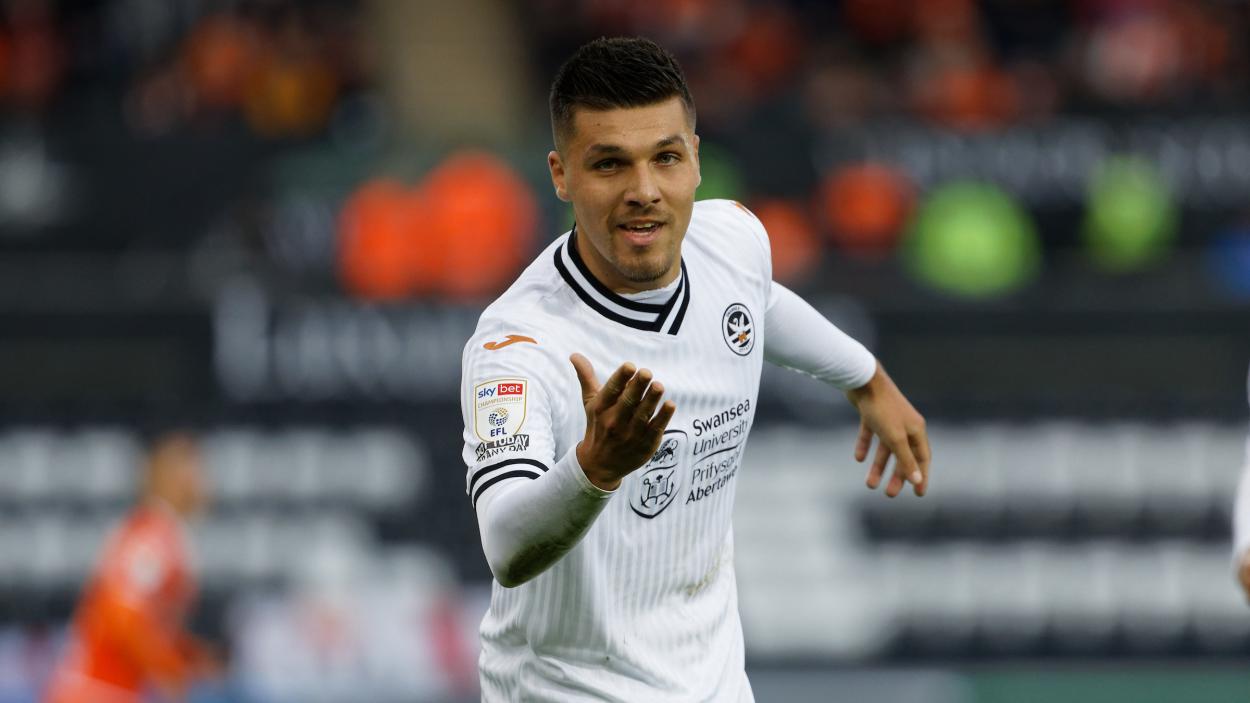 31 year old English striker is one of Blackpool's goal scorers, he has played 25 games in the Championship and 7 goals scored, he has not been called up with the English national team, but he is an all-rounder and very skilled player, he will be looking to give the 3 points to his team in a very important game. 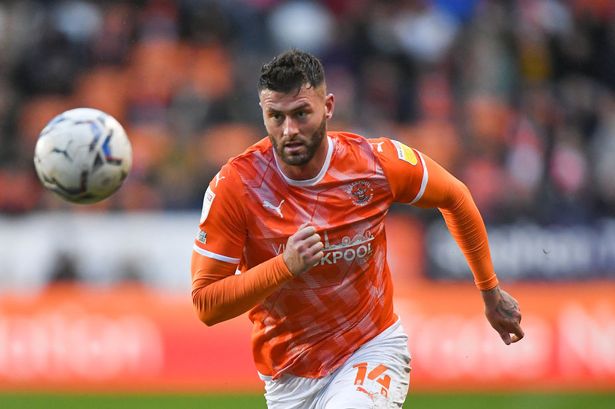 This is Swansea's latest lineup 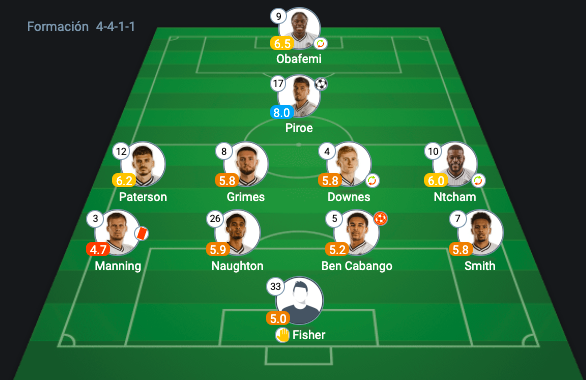 This is Blackpool's latest lineup 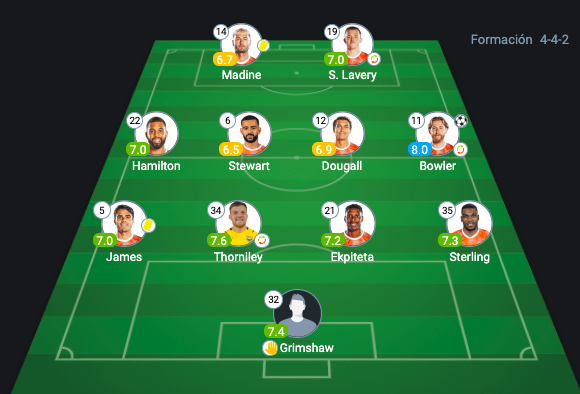 Swansea: To get off the bottom

Swansea is in the 16th position with 44 points, if they win, they would get out of the bottom of the overall table and could reach the 13th position. It will be a very demanding match for both clubs, Swansea has a record of 12 wins, 8 draws and 14 defeats so far in the Championship tournament.
9:35 AM3 months ago

Blackpool: Climbing the ranks is the goal

Blackpool is in the 14th position with 48 points, if they win they could reach the 11th position, they have a record of 12 wins, 8 draws and 14 defeats, so getting the 3 points would be essential.
9:30 AM3 months ago

Good morning to all VAVEL readers!