It's over! Chivas and América split units.
1:00 AM4 months ago

Zaldívar's left-footed shot, but the ball ends up in the stands.
12:57 AM4 months ago

Goalkeeper! América had the first goal, but the goalkeeper saved the ball well.
12:49 AM4 months ago

Chivas changes. Cisneros, Calderón and Zaldívar are substituted for Brizuela, Alvarado and Beltrán.
12:42 AM4 months ago

Angulo was entering dangerously, but the defense ended up clearing the ball.
12:36 AM4 months ago

Changes in America. Jordán Silva and Diego Valdés are substituted for Roger Martínez and Alejandro Zendejas.
12:30 AM4 months ago

Changes in America. Santiago Naveda and Henry Martin are substituted for Fidalgo and Federico Viñas.
12:29 AM4 months ago

The actions are stopped, a pause is made as a message for peace.
12:25 AM4 months ago

Angulo's shot, but Ochoa ends up preventing the first one from going in.
12:17 AM4 months ago

Off he goes! Jonathan Dos Santos lifts his foot and ends up hitting Bouquet in the face.
12:16 AM4 months ago

Angulo's cross, but Cáceres anticipates and avoids the shot in the area.
12:14 AM4 months ago

Action resumes for the second half of the Clásico Nacional.
11:55 PM4 months ago

At the end of the first half, there was little excitement and the score remained unopened at the Akron.
11:51 PM4 months ago

Poste! Vega's shot from outside the area, but the ball hits the post.
11:43 PM4 months ago

Goalkeeper! Viñas' header, but Jiménez dives and prevents the first one from going in.
11:40 PM4 months ago

Canceled! Mier put the home side in front, but the referee signals offside.
11:35 PM4 months ago

Little excitement has been seen so far in tonight's match.
11:26 PM4 months ago

Close! Vega sends a delayed ball, Perez Bouquet arrives from behind and shoots, but the ball goes into the stands.
11:24 PM4 months ago

América tries to weave dangerous plays, but fails to define in the last line.
11:16 PM4 months ago

The game started back and forth, looking for the opponent's goal, but without good definition.
11:06 PM4 months ago

The ninety minutes of this Clásico Nacional kick off.
10:54 PM4 months ago

Chivas has been victorious in its last five home games against América, a number it will be looking to increase tonight.
10:45 PM4 months ago

América has to pay special attention to Cristian Calderón, the red and white player has scored the most goals to the visitors of the current squad with five goals to his account.
10:40 PM4 months ago

Both teams take the field, looking to warm up before kickoff.
10:35 PM4 months ago

Is going to start!

Fernando Ortíz surprised the fans by starting Jonathan Dos Santos, a player who has had few minutes and will be looking to score tonight.
10:30 PM4 months ago

A lot of security!

After the events that have taken place, the National Guard will be present in the stands to ensure that the match is played in peace. 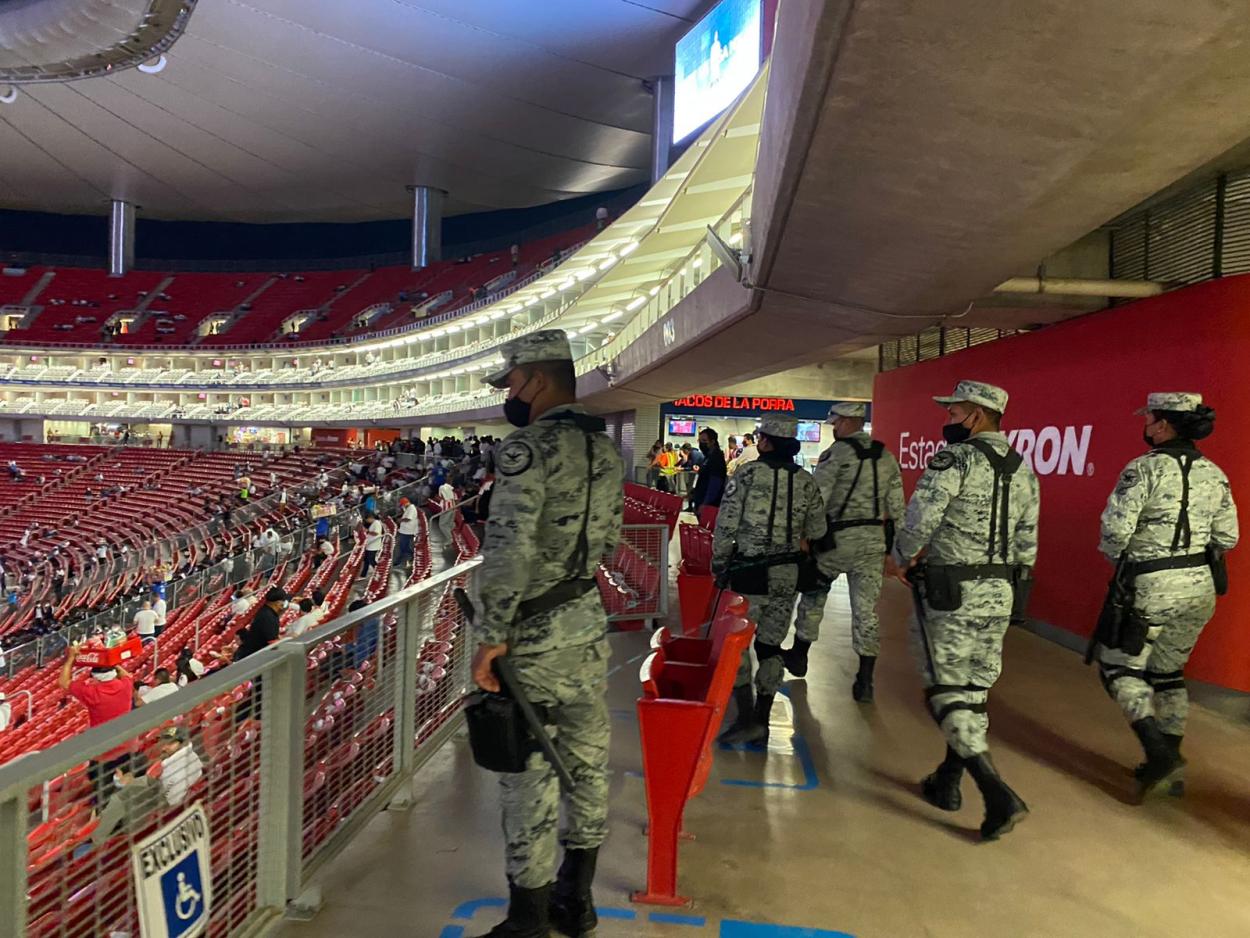 Chivas is the second best offense in this tournament, with 15 goals and will be looking to continue scoring goals to add points.
10:20 PM4 months ago

Before kick-off, both teams will take to the field wearing this shirt, in an effort to eradicate violence in Mexican soccer and to ensure that tonight's match will be trouble-free in the stands.

In the ten rounds of the tournament, América is the second highest scoring defense with 16 goals conceded, numbers that they will be looking to improve.
10:10 PM4 months ago

América has only won one of its last seven matches, a situation that the home team will be looking to take advantage of.
10:05 PM4 months ago

They get people back!

Chivas arrives to this match with the surprise of recovering Alexis Vega and Jesús Angulo, players who were in doubt due to injury.
10:00 PM4 months ago

We're back for minute-by-minute coverage of the Chivas vs. América match. We will soon share with you the lineups for this Clásico Nacional and the most relevant information about each team.
9:55 PM4 months ago

Stay tuned for live coverage of Chivas vs. América

In a few moments we will share with you the starting lineups for Chivas vs America live, as well as the latest information from the Akron Stadium. Don't miss any details of the match with VAVEL's minute-by-minute live online coverage.
9:50 PM4 months ago

How to watch Chivas vs America Live Stream on TV and Online?

If you want to watch the game Chivas vs America live on TV, your options is: TUDN.

Leaño spoke prior to the match against América: "It is evident that we would like to have more points than we have, however, if we analyze the passing of the matches, the team is playing better every day".

2I am concerned about Guadalajara, I am going to talk about Chivas, they should talk about América.  They are a team that was in the top places last season, they have good players, when they connect they can do important things, but in this match the focus is on us, being concentrated, not making mistakes and killing the match when we have those clear opportunities".

"I made the players see that we were going to work with a team and not individuals. I believe that competition is the most important thing for a team that wants to perform at the highest level, we believed that there was a possibility of improving competition in goal and we decided to let Miguel (Jiménez) play and the match he was asked to play he did very well, he helped the team and he has to know that if he wants to stay in goal, he has to continue competing at the highest level".

Guillermo Ochoa spoke to the media prior to this match: "I have had to experience this type of case, precisely at the Querétaro stadium leaving a match with my family, with my parents, and of course it was not pleasant (there were people) hitting the car, the windows, breaking the side mirror, so this had been happening for a long time, there was not much talk about these cases, they turned a blind eye".

"What Guadalajara decided is what all the teams should do, if they agree to have the bars, they should do it with greater control, with greater order, identifying all the people, putting cameras on them. It can be done, but it has to be done well and not as they have done until today. Unfortunately, some who behave well are going to pay the price for it.

"Soccer is a spectacle where families can go to enjoy their team, we as players have to set an example from the field and we must live in peace.

José Juan Macías spoke prior to this match: "We face the clásico in the same way. We remember the photo that came out of Oribe (Peralta) exchanging shirts after Chivas lost. We have teammates with whom we have played in other teams. Obviously we want to win, on the part of both teams, but at the end of the day this is a spectacle and victory or defeat depends on many factors."

"There are (barras) there, obviously with more order, but it is part of soccer. So they are part of the essence, but we also want them to be in the most organized way."

"These are decisions of the board of directors. The barras provide a little more atmosphere inside the stadium, but we want the atmosphere to be more familiar and for this to be a show in which people are not afraid to go and enjoy it."

Urgent need to get back on their feet

América arrives at this match after losing two goals to one against Monterrey and is in the last position of the general table. The eagles are not used to showing this kind of face, so this match will be a chance to turn everything around and take three vital points. 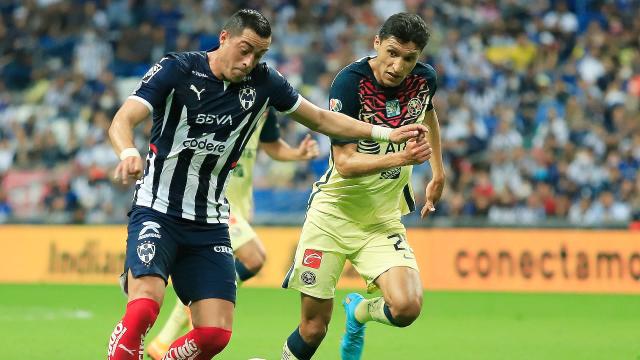 Chivas arrives to this match after beating Santos by the minimum, however, throughout the tournament they have accumulated four defeats, three wins and two draws, numbers that they will be looking to improve. 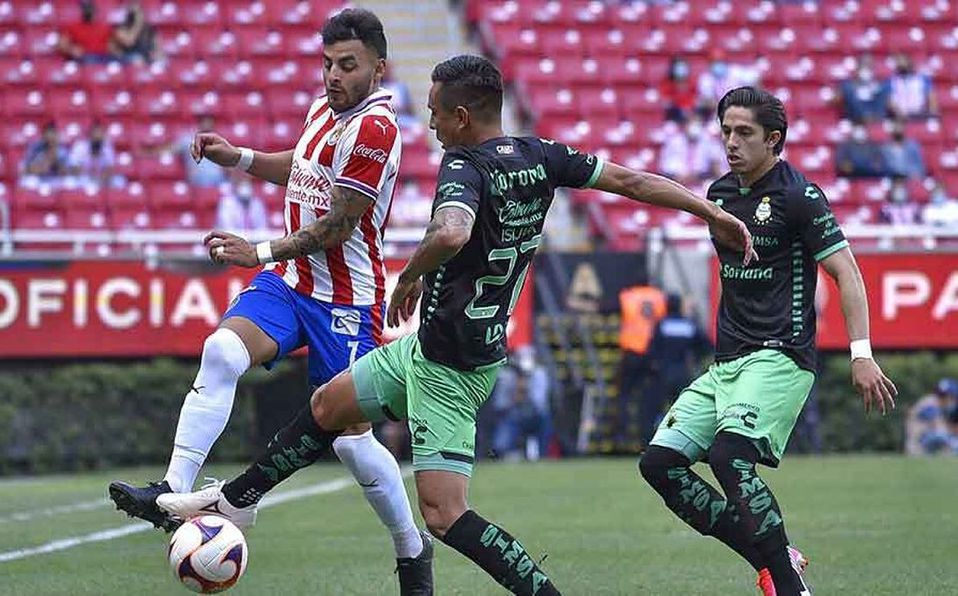 Following the events in Querétaro, the Chivas board of directors got down to work and issued a communiqué in which they want tonight's match to be played without colors and in peace, and also announced that the area set aside for their supporters' club will be made up of children from their association and that there will be no more cheering groups at the stadium.
9:15 PM4 months ago

The match will be played at the Akron Stadium.

The Chivas vs América match will be played at Akron Stadium, located in Guadalajara, Jalisco. The stadium has a capacity for 46,355 people.
9:10 PM4 months ago

Charlotte FC vs Austin FC preview: How to watch, team news, predicted lineups, kickoff time and ones to watch 6 hours ago

Chicago Fire vs Philadelphia Union preview: How to watch, kick-off time, team news, predicted lineups, and ones to watch 2 days ago
//