The players of Wolves are celebrated after the win.

Great opportunity for Trincao! His shot from the edge of the box went wide of the left post. The ball goes over the bottom line and Everton will take a goal kick.
11:53 AM2 months ago

Raúl Jiménez leaves the pitch and is replaced by Fabio Silva.
11:49 AM2 months ago

Ben Godfrey receives a yellow card
11:43 AM2 months ago

Jonroe Kenny fouls and gets the second yellow card, game ends for him
11:39 AM2 months ago

Yellow card shown to Jonjoe Kenny
11:38 AM2 months ago

Demarai Gray leaves the field of play and is replaced by Andros Townsend
11:33 AM2 months ago

Referee shows Mason Holgate a yellow card
11:27 AM2 months ago

Conor Coady receives a yellow card
11:21 AM2 months ago

Richardison leaps to finish off a bounce pass near the penalty spot, but his header shakes the left post!
11:19 AM2 months ago

Daniel Podence shoots from the edge of the area. The ball goes wide of the left post. The ball has gone out and there will be a goal kick for Everton.
11:17 AM2 months ago

Raúl Jiménez receives a precise cross and shoots on goal, but the ball goes wide of the right post.
11:11 AM2 months ago

WOLVES GOAL Conor Coady does not fail in front of goal after a brilliant collective play.
11:01 AM2 months ago

The second half has started
10:49 AM2 months ago

José Sá makes a great save to stop a shot from Demarai Gray who, after making space inside the area, sent a quick low shot to the lower right corner
10:18 AM2 months ago

Hee-Chan Hwang is replaced by Daniel Podence
10:11 AM2 months ago

Richarlison shoots low to the center after receiving a pass inside the area. The goalkeeper stretches sensationally and deflects the ball to the post.
10:02 AM2 months ago

Everything is ready at Goodison Park for the match between Everton and Wolves.
9:45 AM2 months ago

This is the XI starter of Wolves.

Our line up for today's game at Goodison Park. #EVEWOL

This is the XI starters of Everton.

Who is the referee

The person in charge of this match will be the referee Michael Oliver with a FIFA badge since 2012.
9:25 AM2 months ago

These 2 players will not be available for today's match by Wolves.

These are the casualties of the Everton team.

Today there will be 6 games in the Premier League:

Eight of Wolves' nine Premier League away games that had the score tied at half-time have ended in a win or a loss for Wolves.
9:00 AM2 months ago

Everton are slightly favorites for this match with odds of +125 according to bookmakers
10:28 PM2 months ago

Do not miss a detail of the Premier League match Everton vs Wolves  live updates and commentaries of VAVEL.
10:23 PM2 months ago

If you want to watch the game Everton vs Wolves Live on TV, your options is SKY

Games between Everton vs Wolves

3 of the last 5 games have been won by Everton so it seems likely that they will add tomorrow. At Goodison Park it is something else as Everton have 2 wins and 1 draw in the last 5 games so Wolves have a great chance of winning.
10:13 PM2 months ago

Leander Dendoncker scored the latter goal during the Wolves' most recent away win and in their victory at Goodison Park three years ago, and Wolves will look to keep him on his scoring streak will be the most important player of Wolves 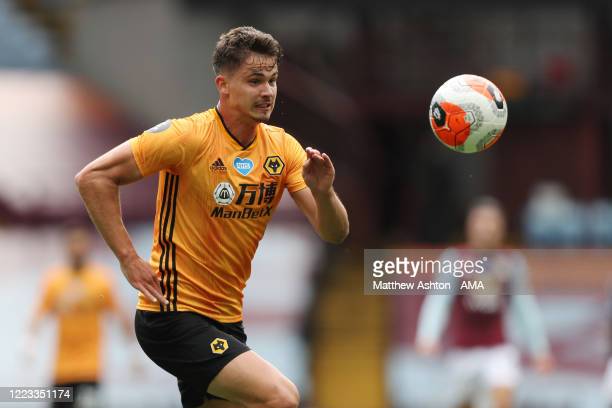 Anthony Gordon scored the last goal against Leeds in Everton's most recent Premier League victory, he will be Everton's most important player and want to 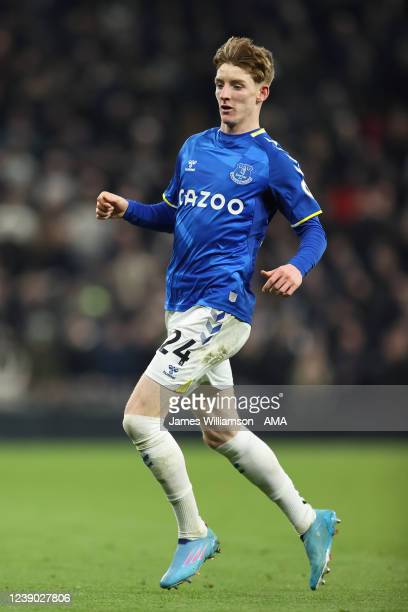 After a 4-0 midweek victory against Watford kept their European dreams alive, Wolves will think they have a chance of adding to their only PL victory at Goodison Park, achieved in February 2019 as part of a record dreary of the 21st century in said venue.
However, the Wolves team is nowhere near the team it was last season.
9:58 PM2 months ago

A nightmarish season for Everton continued the previous Monday, with Frank Lampard's men losing 5-0 to Tottenham, rumors of a possible points deduction due to breach of financial regulations, and once again, the ' The Toffees” can only hope to take advantage of the comforts of playing at home in their quest to maintain their status, having scored seven times in two home wins against top division rivals under their new manager.
A good scoring start can help those led by Lampard on this occasion to be able to get back on the road to salvation.
9:53 PM2 months ago

The game will played at the Goodison Park

Goodison Park is a football stadium in the Walton area of Liverpool, England. It has been the home stadium of Premier League club Everton F.C. since its completion in 1892.

Located in a residential area north of Liverpool city centre, it has an all-seated capacity of 39,414. 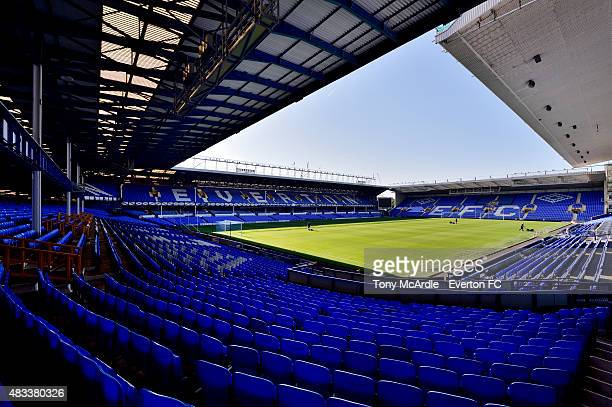 Seattle Sounders vs Minnesota United preview: How to watch, team news, predicted lineups, kickoff time and ones to watch 2 hours ago

NYCFC 2-0 Columbus Crew: Boys In Blue cap unbeaten homestand with victory in the Bronx 2 hours ago
//