The referee adds seven minutes to the match.
1:00 AM2 months ago

After checking the VAR, the referee decided not to award a penalty kick to Rayados.
12:53 AM2 months ago

The referee goes to the VAR to check the possible penalty kick in favor of Rayados.
12:52 AM2 months ago

The referee awards a penalty kick to Rayados.
12:52 AM2 months ago

Rayados: Celso Ortíz and Campbell are out; Matías Kranevitter and Neder Hernández are in.
12:44 AM2 months ago

Rayados: Rodolfo Pizarro and Maxi Meza are out; Poncho González and Jesús Gallardo are in.
12:43 AM2 months ago

The referee rules that Janssen scored the goal with his hand, so the goal is disallowed.
12:41 AM2 months ago

The referee goes to the VAR to validate Rayados' goal after a possible handball by Janssen.
12:39 AM2 months ago

GOAL RAYADOS! Scored by Vincent Janssen.
12:39 AM2 months ago

Juarez: Cándido Ramírez and Jaime Gómez come in; Flavio Santos and Ariel García go out.
12:33 AM2 months ago

GOAL RAYADOS! Scored by Joel Campbell.
12:31 AM2 months ago

The medical assistants come in to attend to Erick Aguirre.
12:30 AM2 months ago

Maxi Meza's dangerous shot-cross that nobody manages to finish.
12:28 AM2 months ago

Yellow card for José Juan García.
12:24 AM2 months ago

GOAL RAYADOS! Scored by Rodolfo Pizarro.
12:17 AM2 months ago

The first half ends. Monterrey 0-0 Rayados.

The referee adds three minutes to the first half.
11:49 PM2 months ago

The referee decides to send off Fernando Arce after a plancha on Maxi Meza.
11:48 PM2 months ago

The referee goes to the VAR to check a possible sending-off for Fernando Arce.
11:36 PM2 months ago

POST! Stefan Medina's header ends up crashing into the left post. The Bravos are saved.
11:35 PM2 months ago

ROMO! Powerful shot on the edge of the area, but the ball crashes into Maxi Meza's back and he misses a great opportunity to open the scoring.
11:28 PM2 months ago

MAXI MEZA! Again Meza takes a shot towards goal that Hugo Gonzalez deflects for a corner kick. Juárez is saved.
11:25 PM2 months ago

In the first fifteen minutes of the match, both teams had chances, but were unable to score.
11:21 PM2 months ago

Juárez also did the same with Castillo's left-footed shot from the left that went just wide of the goal.
11:20 PM2 months ago

Maxi Meza is cautioned after a foul on Castillo.
11:12 PM2 months ago

A corner kick looked for Janssen, but the Rayados player could not get a good shot off.
11:09 PM2 months ago 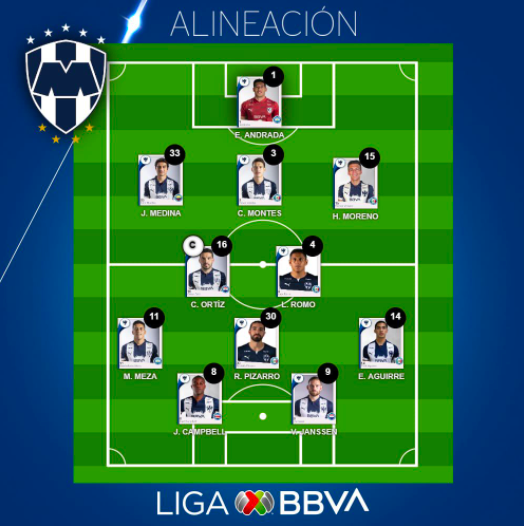 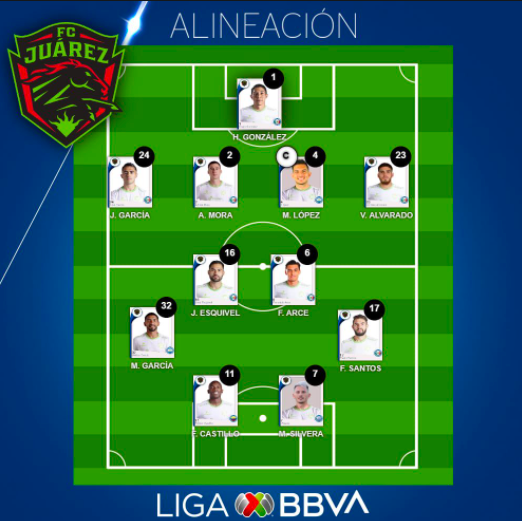 The Bravos de Juarez are on a six-game winless streak and have only two wins after nine games in the current tournament.
10:44 PM2 months ago

Rogelio Funes Mori will not be available for this match since he suffered a muscle injury in the last match and is still unable to recover from it, so he is ruled out today.
10:39 PM2 months ago

On matchday 11 of the Clausura 2022, Los Rayados will face their fierce rivals in the Clasico Regio, while Tuca Ferretti's men will do the same against Tijuana.
10:34 PM2 months ago

With the respective sanitary measures in place, both Rayados and Juárez are already at the BBVA stadium for the match that is about to begin. 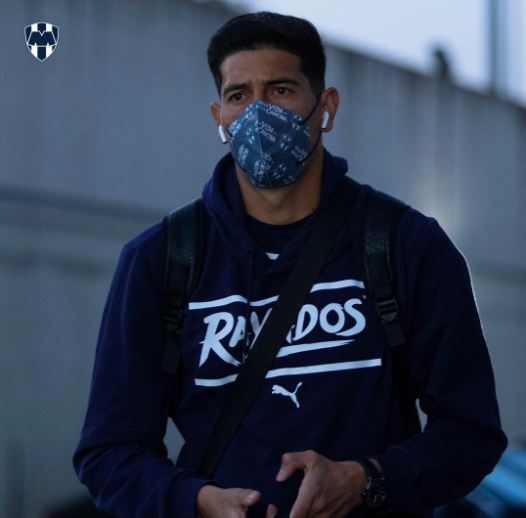 In the short history of meetings between Rayados and Juárez, they have met on five occasions. The scales are fairly even, with two wins for each side and only one draw. The regios have scored 10 goals while the Bravos have scored seven.
10:24 PM2 months ago

The venue for this match will be the home of Rayados del Monterrey, the BBVA Stadium. This is a soccer stadium located in the municipality of Guadalupe, Nuevo León, Mexico. It is one of the newest stadiums in Liga MX and has a capacity for 53 thousand spectators. 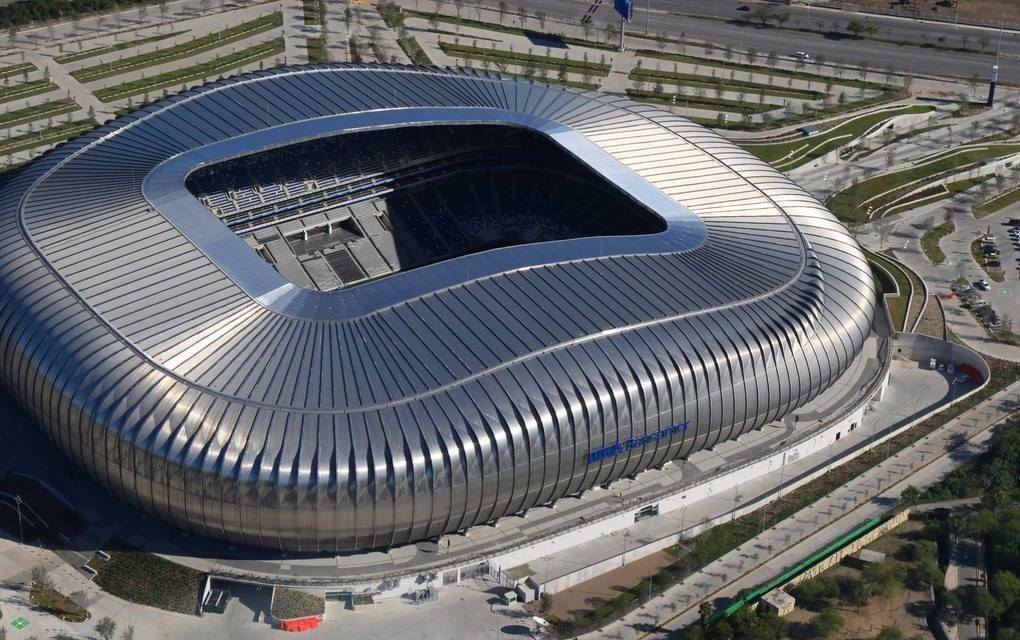 We are just under an hour away from the start of the match between Rayados and Juárez, matchday 5 of the Clausura 2022. Everything is ready at the BBVA Stadium. Will Vucetich be able to get his third win in a row, or will Juárez return to winning ways? Follow our coverage on VAVEL USA.
10:14 PM2 months ago

Do not miss a detail of the match Rayados Monterrey - Juarez with the live updates and commentaries of VAVEL. Follow along with us all the details, commentaries, analysis and lineups for this match.
10:09 PM2 months ago

How to watch Rayados Monterrey - Juarez Live Stream on TV and Online?

If you want to watch the game Rayados Monterrey vs Juarez live on TV, your options are: ESPN Deportes

If you want to watch in on internet, VAVEL USA is your best option

Joel Campbell | After the possible absence of Rogelio Funes Mori, the Tico striker has returned to the starting lineup now with Vucetich at the helm. Campbell has changed the offensive face of Rayados, and has scored goals in two consecutive matches. He is characterized by his speed on the flanks, which is where he generates a lot of damage. 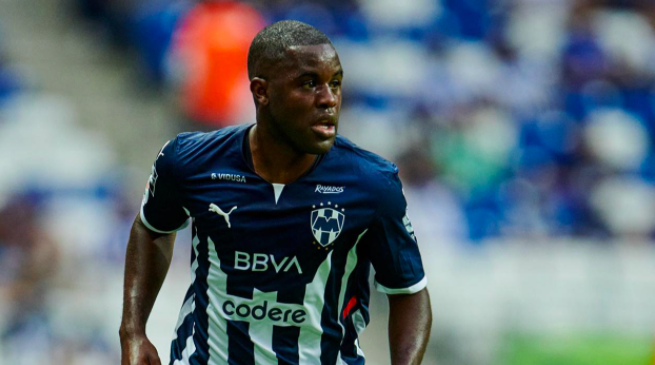 Fernando Arce | This player arrived to reinforce the Bravos de Juárez and has done so with goals. He is currently the leading scorer for the team coached by 'Tuca' with four goals in the current tournament. Although his team has not been able to win, Fernando is a fundamental part of the offense to get closer to the scoreboard. 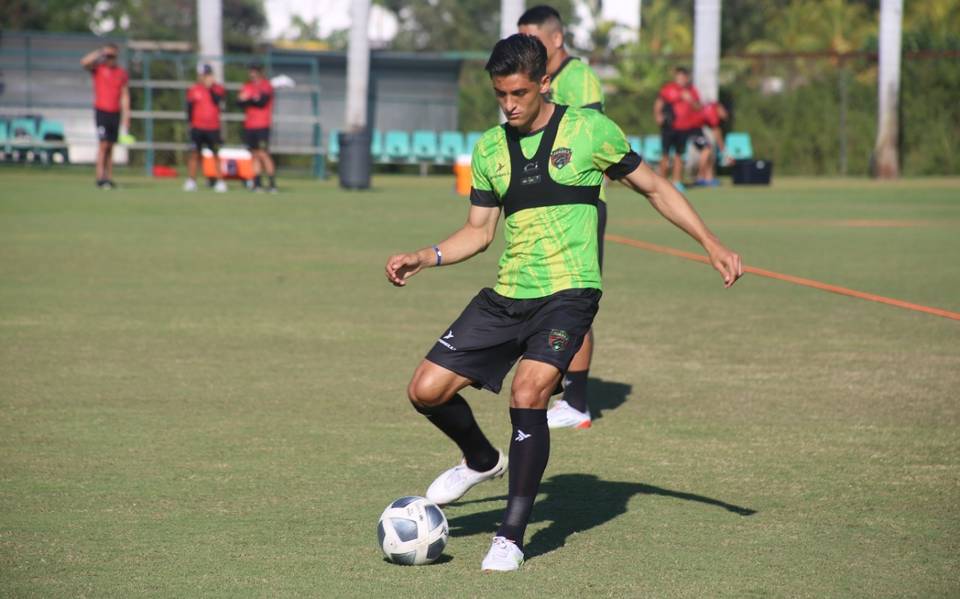 FC Juarez: At the bottom of the percentage table

On the other hand, Bravos de Juárez are in a critical zone and are in last place in the percentage. Tuca Ferreti has had a nightmarish tournament with the border club and if the bad results continue, Juarez will be forced to pay a fine of 80 million pesos. The Bravos have just played against Atlas on match day 9, a game that ended in a 1-2 victory for the visitors. The team from Chihuahua is in 15th place in the general table with 8 points, the result of 2 wins, 2 ties and 5 losses. 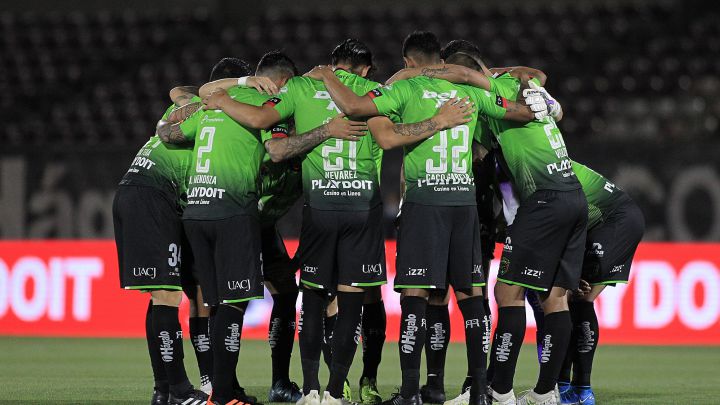 Rayados: To keep up the good streak

The Monterrey squad, led by Victor Manuel Vucetich, has had a resurgence after the arrival of its new coach and has already accumulated two consecutive victories, so it wants to continue with its good home streak and take advantage of the pending match to continue climbing positions. Rayados de Monterrey are coming off a 2-1 win over Mazatlan at BBVA Stadium. The regios have three wins, three ties and two losses, placing them in eighth place with 12 points. 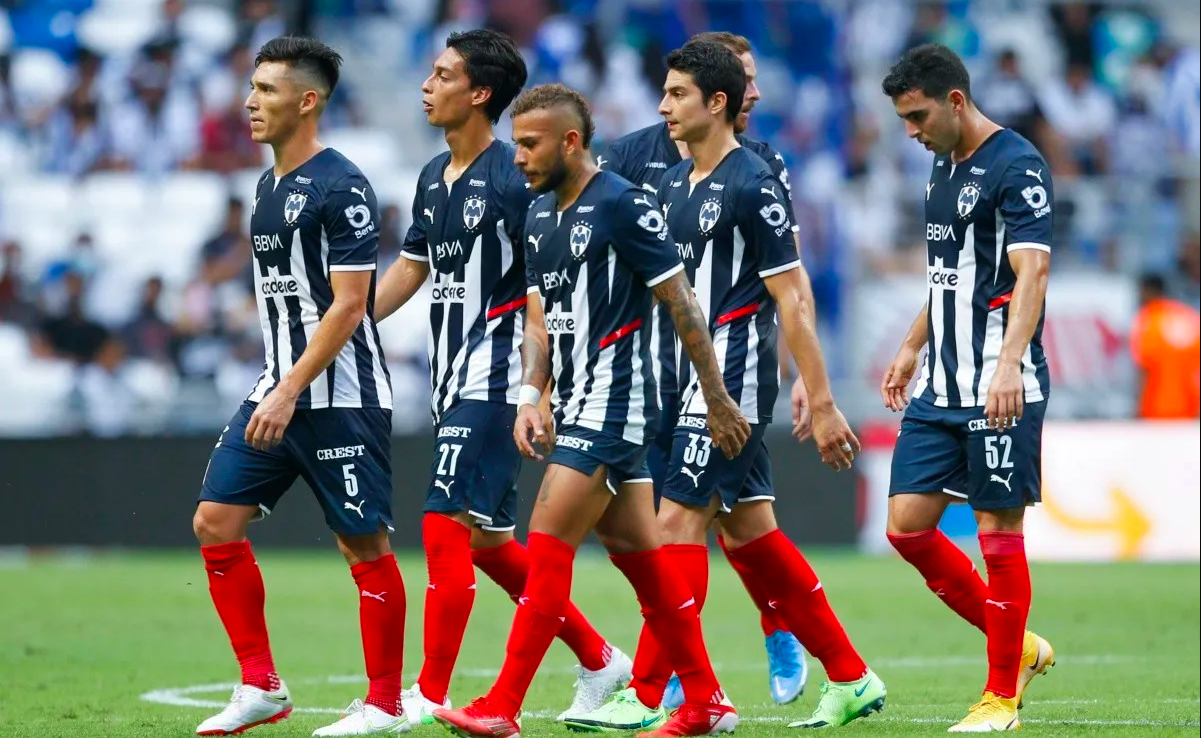 The match will be played at the Stadium BBVA

The Rayados Monterrey vs FC Juarez match will be played at the  BBVA Stadium, in Nuevo Leon, Mexico. The kick-off is scheduled at 11:06 pm ET.
9:24 PM2 months ago

Tonight, the pending match of match day 5 of the Clausura 2022 will be played between Rayados de Monterrey and Bravos de Juarez. This match was not played in a timely manner due to the fact that the regios had the schedule due to their participation in the Club World Cup last February.
9:19 PM2 months ago