Last minutes of the match, Luton will take the 3 points.
12:39 PM2 months ago

The game is almost done, Luton controls the match while Hull City has stopped attacking.
12:32 PM2 months ago

The game is stopped several times due to repetitive fouls, and the intensity of the game drops.
12:24 PM2 months ago

Hull City slows its pace but does not stop going forward in search of an equalizer.
12:18 PM2 months ago

Luton controls the game after the second goal.
12:15 PM2 months ago

Goooooooool for Luton to score the second goal
12:13 PM2 months ago

Luton tries to go for the second goal that could put them more comfortable in the match.
12:09 PM2 months ago

Hull City as the first half starts with everything for the tie.
12:04 PM2 months ago

Minutes of the game, and Luton now has the lead with minutes to go before halftime.
11:36 AM2 months ago

A back and forth match, with a very intense fight for the ball.
11:30 AM2 months ago

Hull City keeps possession of the ball but fails to tie the match.
11:26 AM2 months ago

The pace of the game slows down a bit after Luton's goal.
11:20 AM2 months ago

Luton's defense is shut down in a great way, and the visitors are doing well defensively.
11:16 AM2 months ago

Gooooool for Luton, who surprises and opens the scoring.
11:10 AM2 months ago

Slowly Luton try to get their first touches of the ball, but Hull City control the match.
11:06 AM2 months ago

Hull City in these first few minutes gain possession of the ball.
11:02 AM2 months ago

All ready for the start of the match, the players get ready to take the field.
10:45 AM2 months ago

Remember that this is a match corresponding to Day 39 of the Championship tournament.
10:40 AM2 months ago

The players are warming up 30 minutes before kickoff.
10:35 AM2 months ago

This is the visitors' lineup: 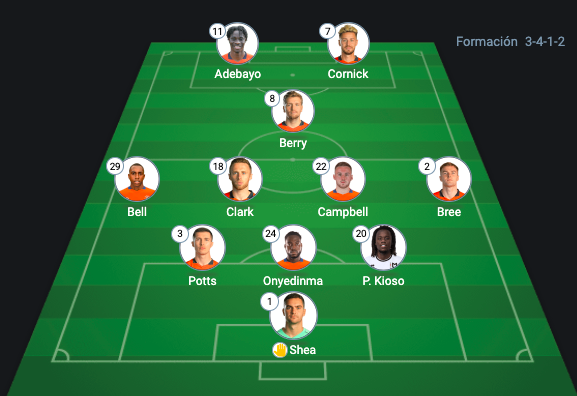 This is the lineup of the locals: 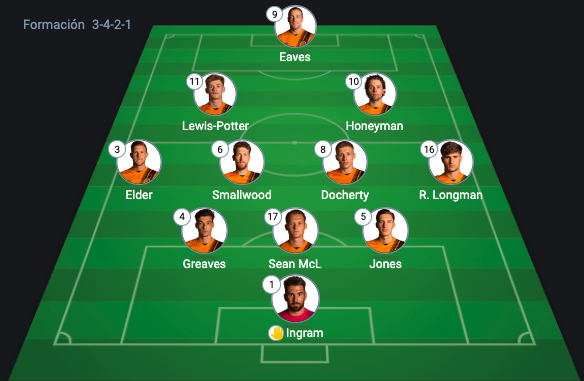 Little by little, the fans began to arrive at the stadium minutes before kickoff.
10:20 AM2 months ago

The last meeting between these two teams was on October 23rd last year, in that match Luton defeated Hull City 1-0 and took 3 points at that time.
10:15 AM2 months ago

There will be no absentees for this game, so both teams will have a full squad.
10:10 AM2 months ago

The central referee will be Tony Harrington.
10:05 AM2 months ago

The record leans to Luton with 2 wins 0 draws and 1 match won for Hull City, so tomorrow Luton will be the favorite to take the 3 points.
10:00 AM2 months ago

In a few moments we will share with you the starting lineups for Hull City vs Luton live, as well as the latest information from the MKM Stadium. Stay tuned for up-to-the-minute live online coverage from VAVEL Mexico.
9:55 AM2 months ago

Where and how to watch Hull City vs Luton online and live.

The match will not be broadcast on TV.

35 year old English striker, likewise he is one of the scorers of the team and an important player in the starting eleven, he has 25 games played, 3 goals and 5 assists, he has only been called up with the England U-21 national team where he has played 8 games and never scored, he will be looking tomorrow to take Luton to 3rd position.

English forward of 30 years old is one of the most effective attackers for Hull City, he has 25 games played with 3 goals and 2 assists, he has not yet been called up by the England national team, but he will look tomorrow to give the 3 points to his team and take them a little higher in the overall Championship table.

This is Luton's latest lineup: 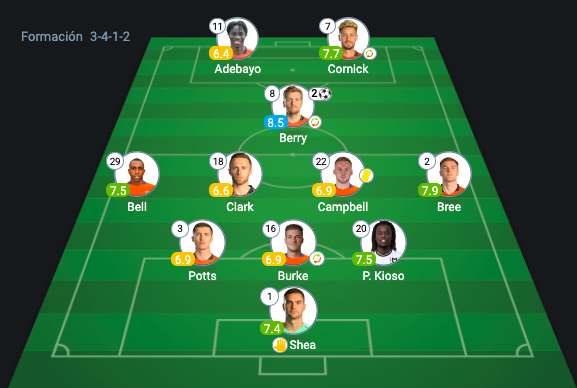 This is Hull City's latest lineup: 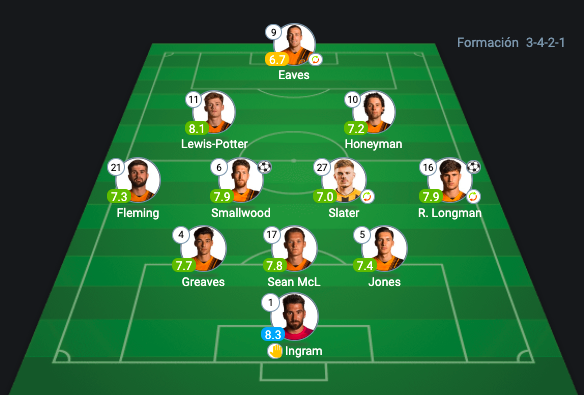 Luton: Close to the top 3

The reality of Luton is different from Hull City, they are in 5th position having a great tournament, they have 60 points with a record of 17 wins, 9 draws and 11 defeats, if they win they could reach 3rd place by goal difference which would be of great motivation for the Luton team, that's why tomorrow's match will be so relevant.
9:25 AM2 months ago

Hull City: Urgency to get off the bottom

Good morning to all VAVEL readers!

Welcome to the live broadcast of the match Hull City vs Luton, corresponding to the 39th round of the Championship, the match will take place at the MKM Stadium at 09:00.