HER2
END3 hours ago

Thank you for following Inter 1-1 Fiorentina in Serie A 2022.

The Serie A match between Inter-1-1 Fiorentina ends with a share of the points.

The teams have a point but will have to look for victories in the following matches to remain in the fight for Europe.

Inter's modifications did not really change the team, and even affected the development of their game.
2:41 PM2 months ago

Last 10 minutes of a match that has been increasing in intensity but is ending in a draw that leaves little taste in the mouths of both teams.
2:35 PM2 months ago

Inzaghi completely changes his forward line, bringing on Martinez and Dzeko for Sanchez and Correa.

After a few minutes that were totally in Inter's favor, Fiore managed to regain control of the match.
2:26 PM2 months ago

Dzeko had been flagged for a penalty but the VAR cancelled the flag.
2:21 PM2 months ago

The game changed completely and Inter is closer to the second score.
2:16 PM2 months ago

Ivan Perisic scores it and the score is tied

A play on the right flank that ends up being scored by Lucas Torreira.

The first half ends goalless and with a result that does not greatly benefit either team.
1:45 PM2 months ago

We are entering the final stretch of the match and we have not seen the difference in the table, Inter is not able to position itself on the court.
1:39 PM2 months ago

49% of Fiorentina's possession but with 7 shots and 2 on goal, Handanovic had a busier afternoon
1:35 PM2 months ago

The match is very tight in the midfield and the areas are a little quieter.
1:29 PM2 months ago

5 shots from the visitors to Inter's 3, the visitors have managed to find a way to hurt Inter.
1:24 PM2 months ago

Back-and-forth game in Milan, both teams are being very vertical
1:17 PM2 months ago

Inter played a lot of wing play but their forwards lacked more contact with the ball.
1:12 PM2 months ago

Fiore recover and try to impose their rhythm against the champions
1:09 PM2 months ago

First minutes of total control of Inter, which is playing in the opponent's area.
1:03 PM2 months ago

Fiorentina starts with these players

The away team's lineup.

Inter Milan presents its XI for the match

The leading scorer so far in Italian Calcio is Ciro Immobile with 21 goals, but just one behind is Juventus' bombshell signing Dusan Vlahovic with 20 goals.
12:37 PM2 months ago

Matches of the day

Inter vs Fiorentina, Cagliari vs Milan, Venezia vs Sampdoria, Juventus vs Salernitana, Empoli vs Hellas Verona, Roma vs Lazio, Bologna vs Atalanta
12:32 PM2 months ago

The mythical Giuseppe Meazza will be the venue that will host the Serie A match.
It was opened in 1926, having undergone two renovations and two extensions to have the capacity of 80,018 spectators and to host Inter, although it is the same stadium where Milan plays.
12:27 PM2 months ago

Inter and Fiorentina for the European dream

After being out of continental competitions for a long time, Inter wants to return to the Champions League and have a better result than the one obtained in the last edition where they were eliminated in the round of 16 by Liverpool.
Fiorentina will be fighting to return to the Europa League or in the worst case scenario to the Conference League, but the money that teams receive from playing in Europe is necessary for Fiore to return to the top of the Italian Calcio.
12:22 PM2 months ago

For Inter the best in assists is Nicolo Barella with 9 in the championship, but very close behind is the Turkish Hakan Calhanoglu with 8 and Edin Dzeko with 5.
For Fiorentina the leaders in goal assists are Nicolas Gonzalez and Giacomo Bonaventura with 4, while with 3 there is Riccardo Saponara and with 2 Riccardo Sottil.
12:17 PM2 months ago

Top scorers for each team

The best scorer of the home team is Lautaro Martinez with 14 goals and closely followed by the Bosnian Edin Dzeko who has 12 goals so far.
Fiorentina have not had a clear top scorer, as defender Cristiano Biraghi has the most goals with 4, followed with 3 goals by Giacomo Bonaventura, Lucas Torreira, Krzysztof Piatek and Riccardo Sottil.

Do not miss a detail of the match with the live updates and commentaries of VAVEL. Follow along with us all the details, commentaries, analysis and lineups for this Inter de Milan vs Fiorentina match in Serie A 2022.

What time is Inter de Milan vs Fiorentina match for Serie A?

This is the start time of the game Inter de Milán vs Fiorentina of 19th March in several countries:

Watch out for this Fiorentina player

Krzysztof Piątek has not had the season everyone expected, but it is undoubtedly essential for Fiorentina that the Pole regains his goal-scoring ability for the end of the season and can fight to enter Europe.
11:57 AM2 months ago

Keep an eye on this Inter Milan player

Lautaro Martinez is the player to watch for the local team, as the Argentina striker has 14 goals and 2 assists, being a fundamental part for his team to be fighting for the shield as they enter the final stretch. 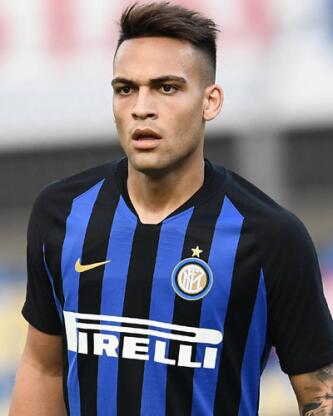 Last XI of Inter of Milan

The Italian Calcio is in a crisis of results when playing in Europe, since of all its representatives the only one alive is Atalanta in the quarterfinals of the Europa League.
Soccer in the country of the boot will have to improve as a whole and be competitive against the Spanish league, the Premier League and the Bundesliga.
11:37 AM2 months ago

Fiorentina and their goal problem

Unlike Inter, Fiorentina have suffered a lot in the goalscoring issue in their strikers, as only Piatek has managed 3 goals and he is not the top scorer of his team.
11:32 AM2 months ago

Inter with a scary striker

The team from the capital of fashion has two of the best players in their position and in numbers, as Lautaro Martinez has 14 goals scored and Edin Dzeko has 12 goals.
11:27 AM2 months ago

Fundamental duel in Serie A

Welcome to VAVEL.com’s LIVE coverage of the 2022 Serie A: Inter de Milán vs Fiorentina