It's over! Sevilla and Real Sociedad split points without hurting each other.
3:20 PM2 months ago

Montiel's cross was looking for Montiel, but the latter failed to hit the ball correctly.
3:13 PM2 months ago

Montiel tried to cross, but Rico ended up rejecting the ball.
3:05 PM2 months ago

After a pass from Portu, Januzaj sends an accurate shot, but the ball is deflected by the defense.
3:03 PM2 months ago

Delaney's half-turn and shot, but the ball bounces off the defense.
2:59 PM2 months ago

Goalkeeper! Great save by Dmitrovic, keeping a dangerous shot out of his net.
2:58 PM2 months ago

Double change for Sevilla. Jesús Corona and Torres come on for Lamela and Rakitic.
2:58 PM2 months ago

Close! After Le Normand's shot, Augustinsson came close to scoring in his own net.
2:49 PM2 months ago

Back-and-forth encounter, both teams looking for a goal
2:45 PM2 months ago

Action resumes at the Sánchez Pizjuán stadium
2:19 PM2 months ago

At the end of the first half, the game was fairly close and the teams went into the dressing room goalless.
2:17 PM2 months ago

A ball is made in the Real Sociedad area and the ball ends up going over the end line.
2:12 PM2 months ago

Close! After leaving the ball loose in the area, Sorloth shoots and the ball ends up going wide.
2:02 PM2 months ago

Januzaj arrived dangerously, but the defense ended up preventing him from passing into the box.
1:53 PM2 months ago

Dangerous shot from Munir, but the ball goes wide.
1:48 PM2 months ago

A back-and-forth encounter, the ball was fought in midfield and there were few chances for either team in the first few minutes.
1:38 PM2 months ago

Januzaj's half-turn and shot, but the ball is deflected by Dmitrovic.
1:33 PM2 months ago

The match kicks off at the Sánchez-Pizjuán stadium
1:29 PM2 months ago

Both teams are already warming up prior to the start of the match, looking to get ready for the game.
1:17 PM2 months ago

Sevilla is already at the Sánchez-Pizjuán Stadium, the team coached by Lopetegui will be looking for three points in this match.
1:12 PM2 months ago

Real Sociedad is also already at the Sevillian stadium, tonight they will try to break a long winless streak against Sevilla.
1:07 PM2 months ago

Sevilla have gone 14 matches without defeat in the current LaLiga competition, but in the last eight they have accumulated six draws.
1:02 PM2 months ago

Let the support be felt!

Real Sociedad fans turn out to support their team in this important match. 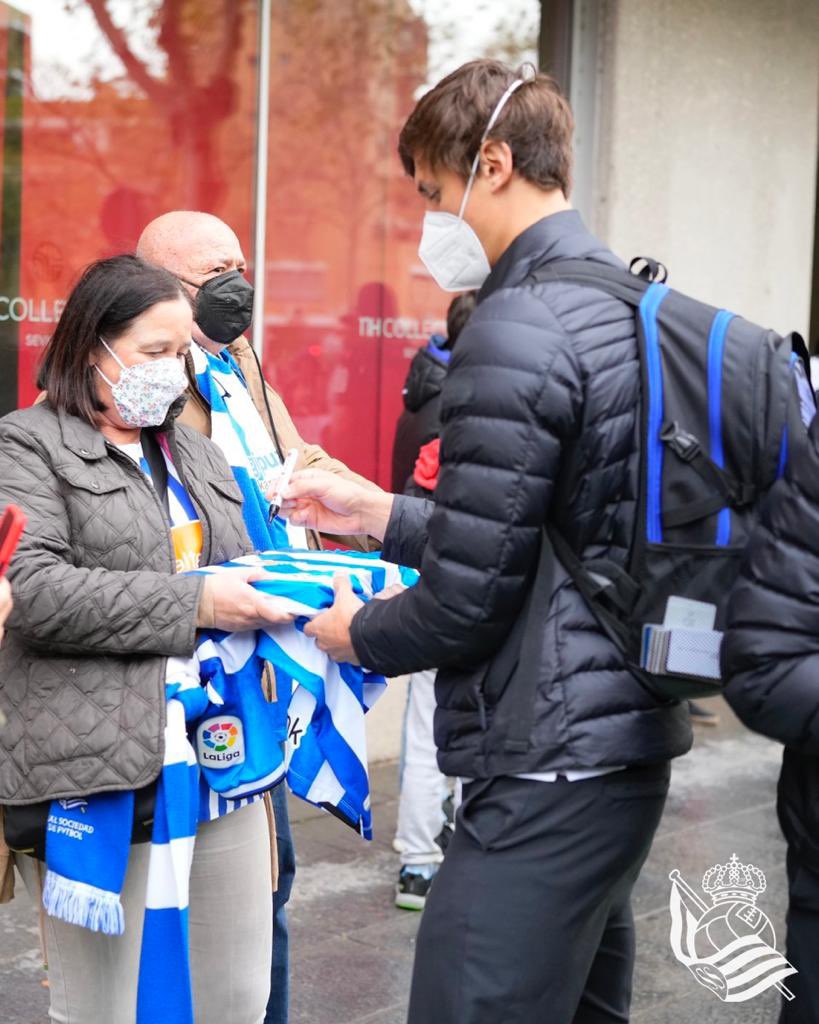 Imanol Alguacil spoke before the match: "This Sevilla team has been used to playing midweek games for many years. On top of that, there were players who didn't play and they're ready. I expect the usual Sevilla, who haven't lost at home yet and who are going to complicate the league for Madrid. But if we are able to win, we will be six points behind Sevilla, with all humility and respect, but with ambition".
12:52 PM2 months ago

Since 2016, Real Sociedad have not won against Sevilla away, a streak they will be looking to break tonight.
12:47 PM2 months ago

Of the last eight duels played between these teams, Sevilla have won all the matches, the best streak of the team led by Lopetegui.
12:42 PM2 months ago

We are back for the minute-by-minute coverage of the match between Sevilla and Real Sociedad. We will shortly share with you the most relevant information, as well as the confirmed lineups.
12:37 PM2 months ago

Stay tuned for the Sevilla vs Real Sociedad live stream.

In a few moments we will share with you the starting lineups for Sevilla vs Real Sociedad live, as well as the latest information from the Estadio Ramón Sánchez-Pizjuán. Keep an eye on the action with VAVEL's minute-by-minute live online coverage.
12:32 PM2 months ago

How to watch Sevilla vs Real Sociedad Live Stream on TV and Online?

If you want to watch the game Sevilla vs Real Sociedad live on TV, your options is: ESPN+.

Julen Lopetegui spoke ahead of the match: They are a team that will always look for the games and will surely want to take advantage of that clean week with a very high tempo. They have very good players, without Oyarzabal who I wish a speedy recovery, but collectively very interesting. We have to prepare ourselves well to give a response in accordance with that demand, focusing on optimizing the resources we have. Imanol has done an exceptional job since he took over Real. It is a recognizable and complete team, it has one of the best squads in the history of Real Sociedad."

"In soccer, duels pass quickly. We are already focused on the most important competition, in which I would like to make history again by qualifying the team for the Champions League, it would be an extraordinary milestone and we will fight for it by treating every game as a final. We have to compete with the same enthusiasm, ambition and with the maximum energy that this type of match will demand from us. It's about a balance between legs, soccer and mentality. And that will also be the case on Sunday, we have 10 precious and very tough matches ahead of us. La Real is already facing the weekly preparation. Any absences can be made up for with the extra that the Sánchez-Pizjuán gives, but then we have to give the people reasons to keep up the energy".

Real Sociedad comes into this match after a narrow win over Alavés, placing them in sixth place in the table with 47 points. 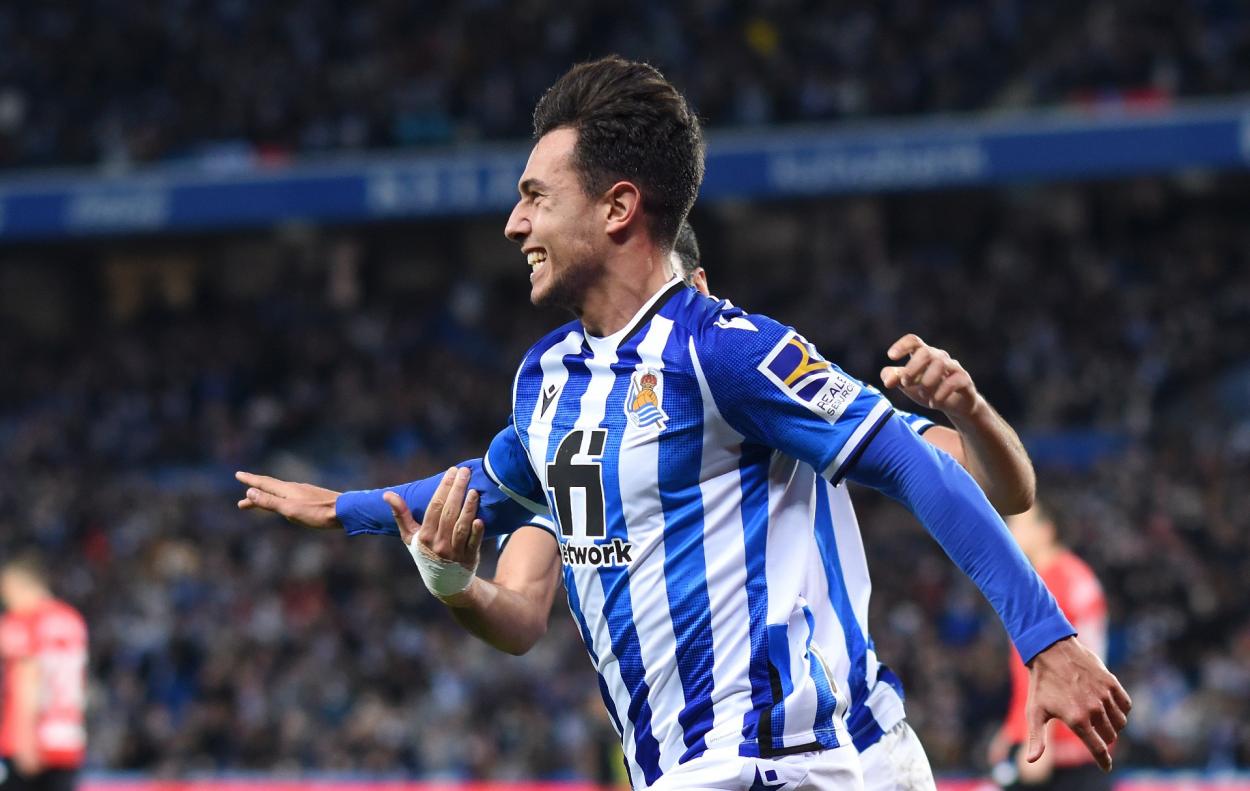 Sevilla comes to this match after losing in the Europa League in extra time in midweek, and their last match in this competition was a 1-1 draw against Rayo Vallecano. 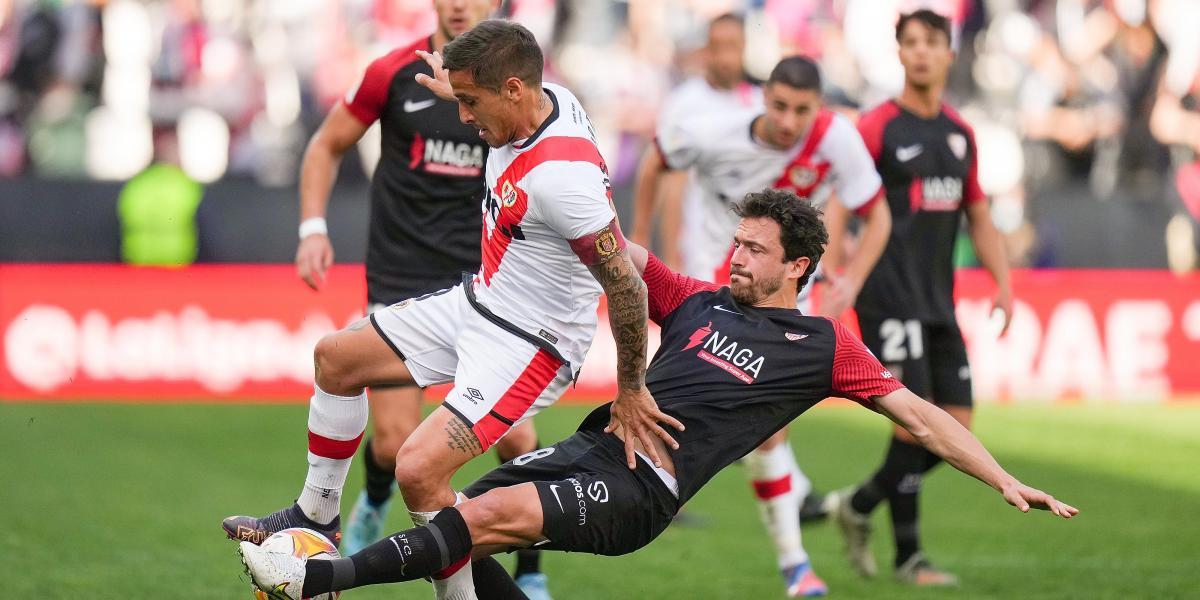 The match of Sevilla vs Real Sociedad will be played at the Ramón Sánchez-Pizjuán Stadium, located in Seville, Spain. The stadium has a capacity for 43,883 people.
12:07 PM2 months ago