We hope you enjoyed this broadcast that brought us great goals and many emotions, we hope to see you again on VAVEL for much more from the world of soccer.
5:12 PM2 months ago

He scored the fifth goal

This is the fifth goal of the French team, Guendouzi scored a goal that could fight with Mbappé for the best of the match.

The match ended with a chilling victory for France, who easily defeated South Africa.
5:07 PM2 months ago

Good assist from Mbappé who is undoubtedly the man of the match, he got to the byline and pulled it back for Guendouzi who placed it to the far post with his right foot and with an impressive parabola.
5:02 PM2 months ago

Red card for Mudau for a strong foul in midfield, first it had been sanctioned as a yellow card but after reviewing the play in the VAR the referee decided to send him off.
5:00 PM2 months ago

After a tremendous assist from Pogba, Wissan Bem Yedder saves the fourth goal of the night for the French.
4:54 PM2 months ago

Mbappé scores the third for the French national team from the 11th penalty spot.
4:38 PM2 months ago

Great cross from Mbappé that Digne finishes at the far post with a first-time shot and the ball hits the post.
4:27 PM2 months ago

Extraordinary save by Williams!
A through ball to Mbappé, who tries to score in the middle of the goal and Williams' reaction makes the ball hit the crossbar and go out.
4:21 PM2 months ago

The second half of the match begins.
4:07 PM2 months ago

In this way, the French striker made a couple of feints to cross the ball.

The first half ends with a partial advantage for France.
4:00 PM2 months ago

Giroud scored his second of the night with a great move in the box, where he feinted past a defender and fired a shot with his left foot.
3:46 PM2 months ago

For a player who is used to high standards, this was exceptional.

Griezman's good move down the right finds Mbappé on the edge of the box on the left side, and Mbappé slides the ball into the far post with tremendous accuracy.
FRANCE'S GOAL!
3:44 PM2 months ago

Griezman's good move down the right finds Mbappé on the edge of the box on the left side, and Mbappé slides the ball into the far post with tremendous accuracy.
FRANCE'S GOAL!
3:39 PM2 months ago

Great attempt by Mokoena that goes wide of the goal.
3:32 PM2 months ago

Impressive play by Mbappé, including a deflection that ended with a right-footed shot that flew just wide of the far post.
3:27 PM2 months ago

Mbappé's shot in front of goal but the ball goes wide.
3:22 PM2 months ago

Giroud's right-footed cross to the near post is met by Giroud, but goalkeeper Williams makes an extraordinary save!
3:20 PM2 months ago

France vs South Africa match kicks off!
3:15 PM2 months ago

They are already on the field

Both teams take the field and the national anthems are sung, while the following referees will be in charge of the match:

The French national team is ready

The blue team is already at the stadium with its most talented players:

In the last five matches played by South Africa's senior national team, they have only managed to score three goals, giving them an average of one per game. France, meanwhile, has a total of 17 goals in the last five games - impressive offensive talent!
2:19 PM2 months ago

In a few more moments we will present you with all the facts, information and the best minute-by-minute coverage of the France vs South Africa friendly match on VAVEL.
12:36 AM2 months ago

We'll bring you all the details, news and lineups for the France vs South Africa match in a moment, so stay tuned!
12:31 AM2 months ago

How and where to watch France vs South Africa

The match will be broadcast on PrendeTV for USA.

These are the South African selected players who started the match against Guinea:

This is how the French team started their last match against Ivory Coast:

South African midfielder Teboho Mokoena generates a good soccer show with the ball at his feet, being the last one to score a goal for the team two games ago.

This time he will have to impose himself and not give away space against a tremendous offense.

Leaving aside a little bit the Mbappé effect who could be considered as the best player today, Paul Pogba is one of the top playmakers of the French national team.

The United player has brought all his experience and skill in the midfield to keep the team in a good rhythm. 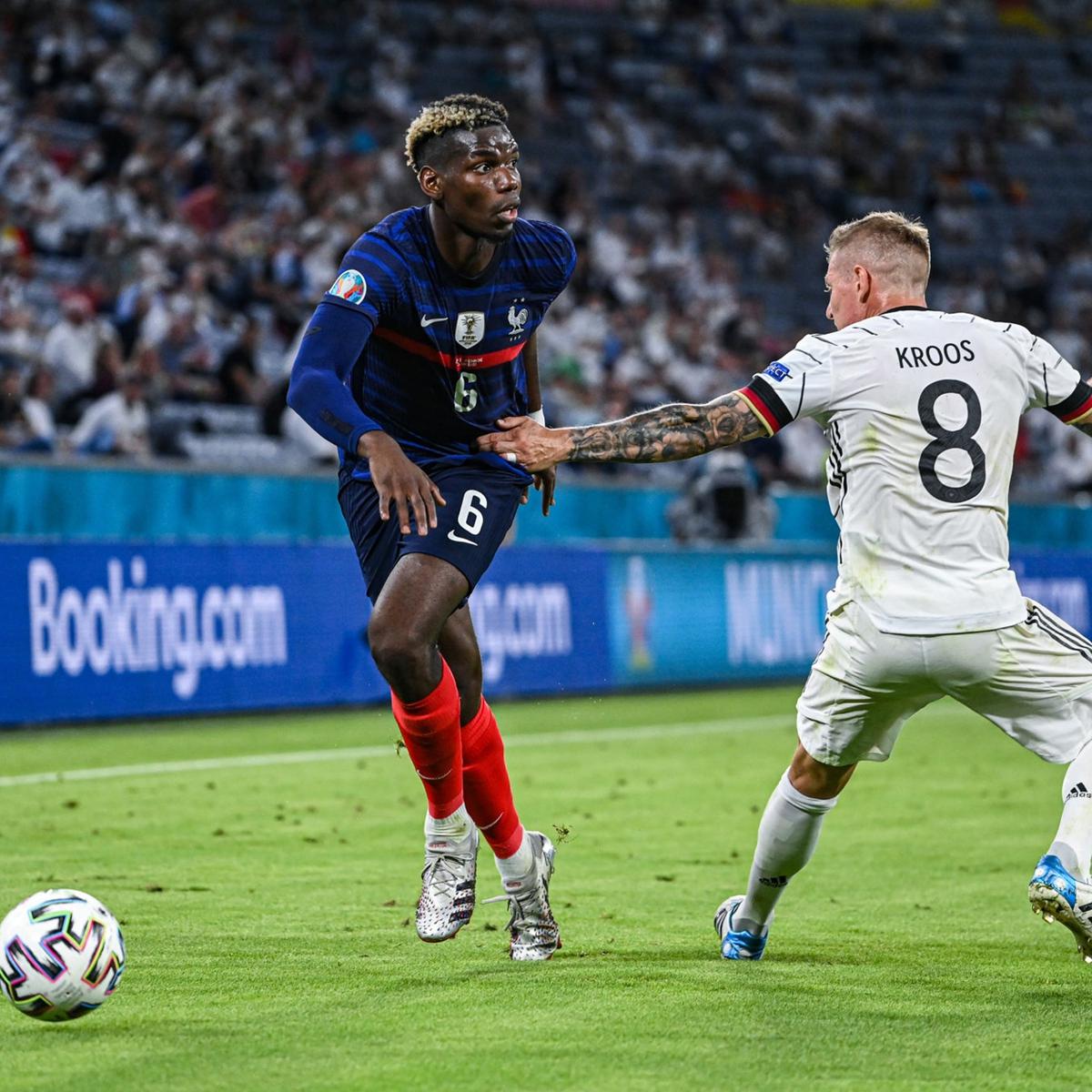 South Africa unfortunately did not qualify to the third round of the teams seeking a place in Qatar 2022, but now they will be looking for a victory that could help them a lot in terms of morale.

In their last match they drew 0-0 against Guinea, a team from the same confederation.

The French team qualified for the World Cup in Qatar undefeated and as one of the best in the FIFA ranking with a total of 18 points in eight matches.

In this FIFA date they defeated Ivory Coast by a score of 2-1 and will now have to face another CAF team.

The match will be played at the Estadio Pierre-Mauroy

The France vs South Africa friendly match will be played at the stadium Estadio Pierre-Mauroy, in Lille, France with a capacity of 50,000 people.

It is home to Lille OSC soccer but has also hosted EuroBasket 2015 and Euro 2016 matches. In November 2014, the Davis Cup final between France and Switzerland was held there, with record attendance for a final of that tournament.

It also has a retractable roof that moves in 30 minutes, with solar panels and wind turbines.

This afternoon we will have a friendly match in name only, as what is called one of the best teams at the moment will host a team from South Africa with a lot to win.