Thank you for following the minute by minute of: Burnley vs Manchester City, corresponding to matchday 31 of the Premier League. Continue to visit the VAVEL portal to keep up to date with everything that happens in the world of sport.
11:58 AM2 months ago

Match ends, Manchester City again beats Burnley by a score of 0-2 and remains as the current leader of the Premier League.

Offside, Burnley. Ashley Westwood tries a through ball, but Jay Rodriguez is caught offside.
11:31 AM2 months ago

Gabriel Jesus (Manchester City) right footed shot from the center of the box misses.
11:26 AM2 months ago

Attempt saved. Kyle Walker (Manchester City) right footed shot from outside the box is saved in the top left corner.
11:08 AM2 months ago

The first half of the match ends, Manchester City wins it without problems at the moment 2-0.
10:42 AM2 months ago

Kevin Long (Burnley) header from the center of the box is close, but misses the left side of the goal defended by Ederson.
10:33 AM2 months ago

HOW THE SECOND GOAL WAS SCORED

This is how the second goal was scored for the citizens thanks to Gündogan's genius.

GOOOOOOOOOOOOOL FOR MANCHESTER CITY! THE CITIZENS GET THEIR SECOND GOAL OF THE MATCH THROUGH GERMAN ILKAI GÜNDOGAN WHO SHOT INSIDE THE SIX-YARD BOX AND SENT THE BALL INTO THE NET.
10:22 AM2 months ago

Ilkay Gündogan (Manchester City) misses with a right footed shot from the edge of the box to the far post.
10:17 AM2 months ago

Wout Weghorst (Burnley) is shown the yellow card for a bad foul on Rodri in the attacking half.
10:13 AM2 months ago

This is how Kevin De Bruyne opened the scoring after 5 minutes.

Attempt that went close! Rodri (Manchester City) right footed shot from outside the box is blocked.
10:08 AM2 months ago

GOOOOOOOOOL FOR MANCHESTER CITY! GOOOOOOOOOL BY KEVIN DE BRUYNE! THE BELGIAN TOOK A FLASH OF FIRE AND SENT THE BALL INTO THE NET.
10:07 AM2 months ago

Missed attempt Josh Brownhill (Burnley) after attempting a header from outside the box. We continue 0-0
10:03 AM2 months ago

João Cancelo (Manchester City) wins a free kick in the defensive half.
10:02 AM2 months ago

Scoring team; in their last 18 of 19 games, Manchester City have managed to score at least one away goal and today they will be looking to extend the streak to 19 consecutive away games.

They will be looking to continue their winning streak as Manchester City have managed to win in their last 18 away games, so today they could extend that record to 19 games unbeaten when playing away from home.

This is the starting eleven that Pep Guardiola will send to the field to look for the three points and regain the Premier League leadership after Liverpool's victory. 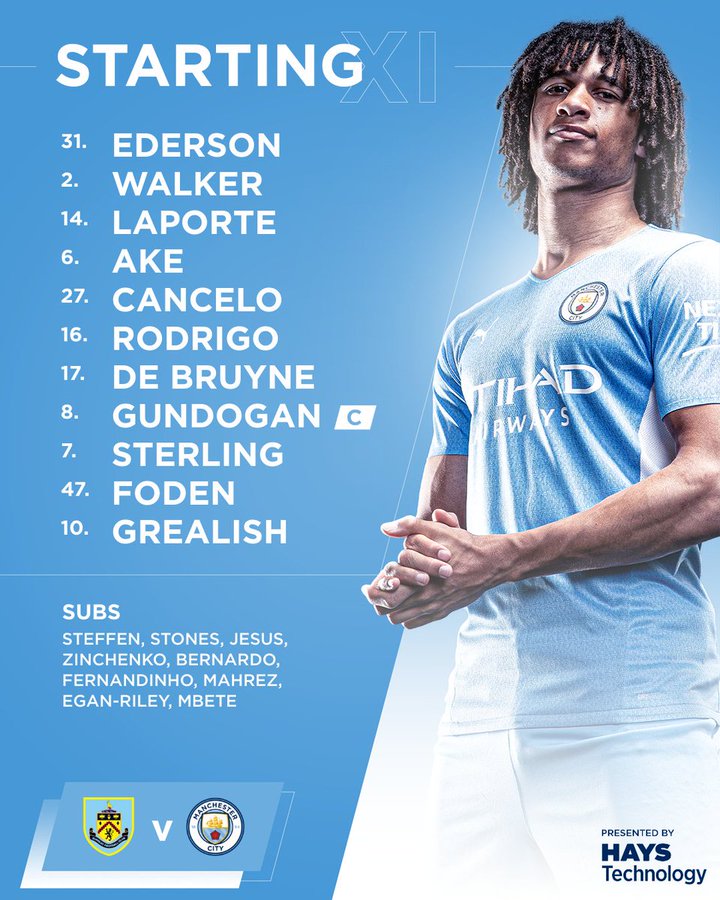 Unlike their rival, the Citizens are living a completely different moment as they are in first place in the Premier League, they are also very close to continue their path in the UEFA Champions League and they are still in the quest to win the FA Cup where they will face Liverpool in the semifinals. The pressure remains the same or more for Pep Guardiola's side as one defeat in the local league could give Liverpool the championship and in the future this could cost them the Premier League crown, so they will be looking to increase the advantage they have over the Red's.
9:31 AM2 months ago

This is the starting eleven that Burnley will send to the field in the search for the three points and to continue adding to get out of the red zone that sends them directly to the Championship. 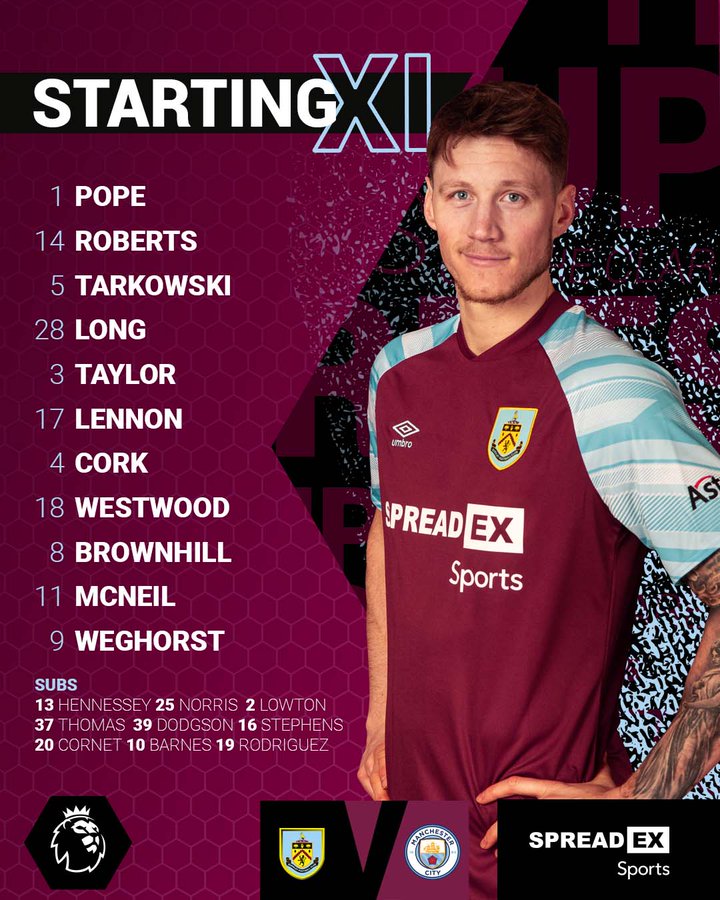 Currently, Burnley is one of the contenders to return to the silver division; the Football League Championship. In 27 rounds, the Burgundians have only 21 points, and are in the penultimate place in the standings. They suffer from a lack of defensive play and a lack of luck up front, as goals come very infrequently to this team. The statistics show that the difference of goals scored and lost is -16 (22:38). So today it will be important to improve this problem if they want to cause damage to the leader of the Premier League.
9:22 AM2 months ago

Burnley suffers every time they face Manchester City as in the last 11 matches between the two sides, the Citizens have managed to drill the opponent's goal while Burnley fails to score against them.
Not strong at home: Burnley have failed to win at home 16 times out of 18 matches so far this season, so home advantage has not been a factor in their favor.
It has been difficult for Burnley to score a goal at home, as in the last 15 matches, this team has scored at least 1 goal and has not gone beyond that, so today it will be an almost impossible mission to score against the Premier League leaders.
9:13 AM2 months ago

PEOPLE ARE ALREADY IN THE STADIUM

Little by little, fans are starting to arrive at the stadium to support their team in one of the most important matches of the season. They are looking for 3 points of pure gold. 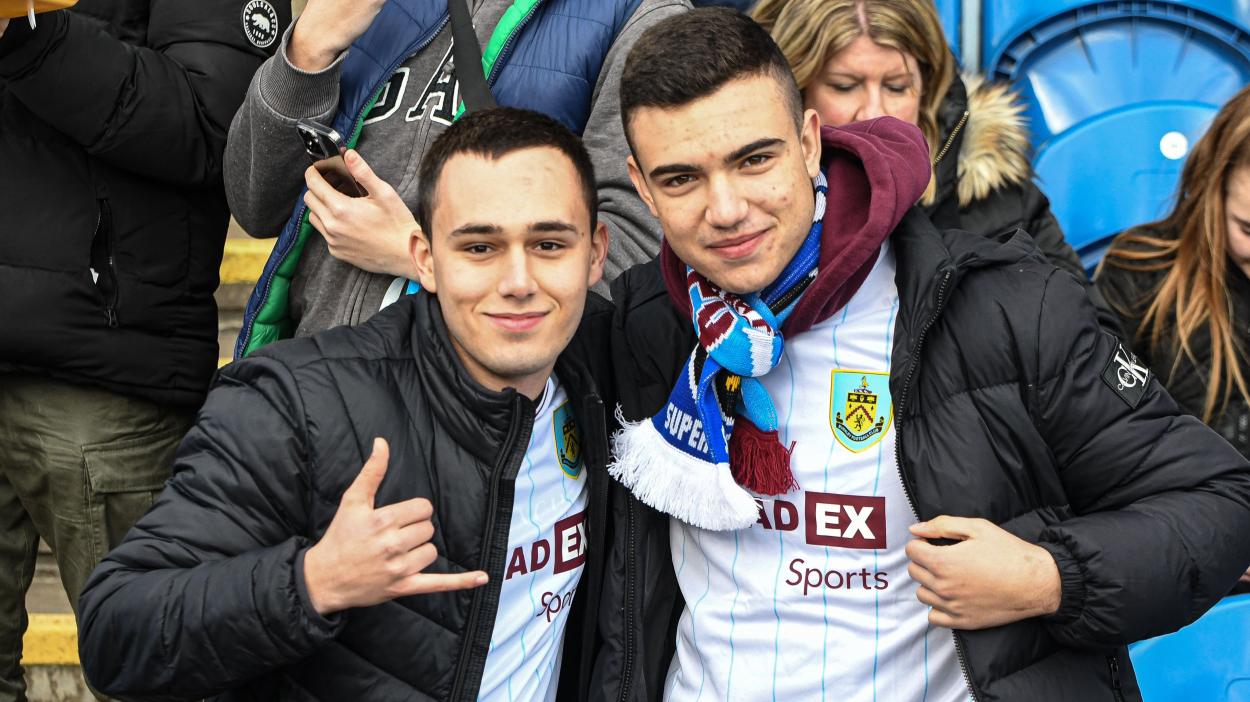 The two teams met twice in 2021, once for the 2021-22 season and once for the current season. On both occasions, the Citizens won by the same score: 2-0 and Burnley failed to take a single shot on target throughout the 90 minutes.
9:02 AM2 months ago

The wait is over in England, the Premier League returns recharged with the duel between Burnley and Manchester City. Both teams are going through very different moments as the locals are playing every day the permanence in the Premier League, while Manchester City is playing every day the overall leadership and the championship of the current season.
11:31 AM2 months ago

Do not miss a detail of the match with the live updates and commentaries of VAVEL. Follow along with us all the details, commentaries, analysis and lineups for this Burnley vs Manchester City match.
11:26 AM2 months ago

What time is Burnely vs Manchester City for Premier League?

This is the start time of the game Burnley vs Manchester City of 2nd April in several countries:

From England to the world, Nick Pope will be the player to watch for this match. From 2016 onwards, the Englishman has played 10,044 minutes with the vinotinto jersey in which he has become a true reference under the three posts with 133 saves and 39 clean sheets, he also has 112 appearances in Burnley's starting lineup. Also, on 5 occasions he has received the yellow card and only once he was sent off with a straight red card, Pope could be the unbalancing factor that puts the balance in favor of the visiting team. 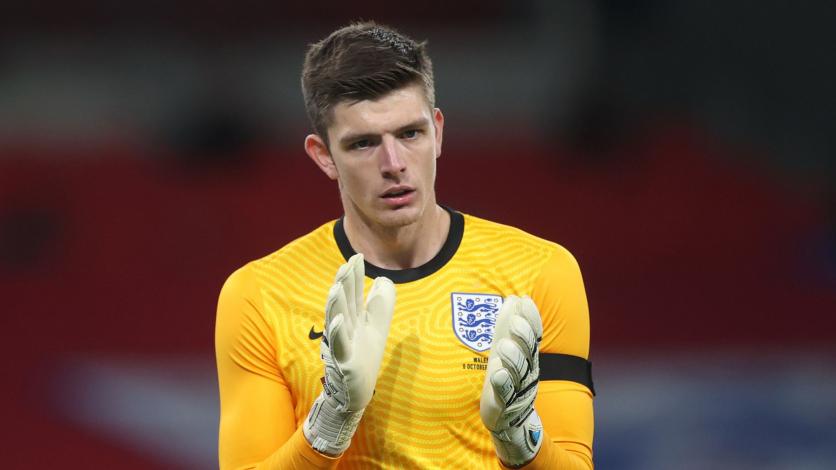 Arrived as a stellar signing for the Citizens and throughout the season has become a key player to reinforce Manchester City's attack, Jack Grealish will be the player to watch for this match. At the moment he has 1,247 minutes completed which are divided into 16 games played, 2 goals, 2 assists and 1 yellow card, so at any moment he can change the game's outlook in favor of the citizens. 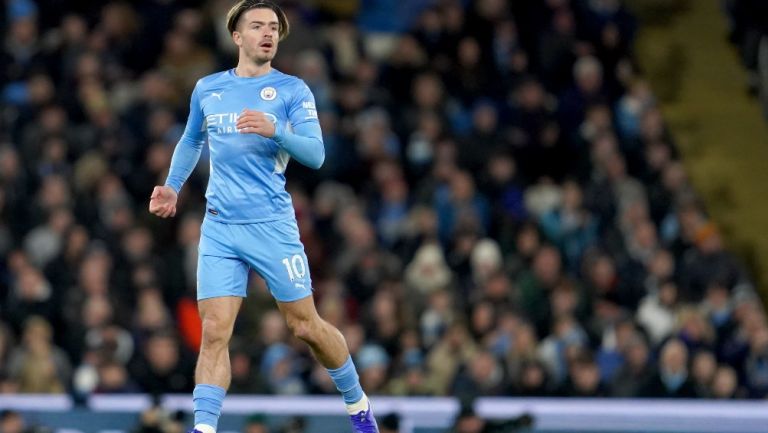 Burnley and Manchester City have met on a total of 106 occasions (52 wins for Manchester City, 24 draws, 30 wins for Burnely) where the scales are tipped in favor of the Citizens. Likewise, in terms of goals, it is the team led by Pep Guardiola who has the advantage with 212 goals scored over Burnley's 134. Their last meeting dates back to matchday 8 of the current campaign where the Citizens beat Burnley 2-0 at the Etihad Stadium.
10:56 AM2 months ago

Turf Moor is a soccer stadium in Burnley, Lancashire, England, United Kingdom. It is the home of Burnley FC, which has played there since 1883.

It is located on Harry Potts Way in Burnley, and has a capacity of 22 546, all seated. Its four main stands are: James Hargreaves Stand, Jimmy McIlroy Stand, Bob Lord Stand and Cricket Field Stand.

The first match was between Burnley and Rawtenstall in 1883 shortly after the club moved from its original Calder Vale location. It is one of the oldest soccer grounds still in use in the UK, second only to Deepdale and Bramall Lane.

The attendance record at Turf Moor was set in 1924 when Burnley played Huddersfield Town in the FA Cup, with 54 755 in attendance.

Looking to get out of the red zone

Burnley has lived an odyssey to try to get out of the relegation zone of the Premier League, at the moment they are in 19th place in the general table with 21 points played that have been the product of 3 wins, 12 draws and 12 defeats, also, in the statistics they have 22 goals for and 38 goals against, a situation that leaves them with a difference of -16 goals. Last game, Burnley suffered a 0-4 loss to Chelsea and will now look to beat Brentford to add points and get out of the relegation zone.
10:46 AM2 months ago

The Citizens are currently in a great soccer level, Pep Guardiola and company have been in charge of maintaining the current leadership of the Premier League despite maintaining a short distance of 1 point with the second place, however, in the three remaining competitions they are still hoping to achieve a treble in the campaign. This match will be of vital importance to remain leaders of the competition as they currently have 70 points from 22 wins, 4 draws and 3 defeats.
10:41 AM2 months ago

The 31st round of the Premier League has arrived after a long wait due to the break for the FIFA Date, on this date, Burnley will host Manchester City, a team that is currently the leader of the league and is still in the quest to continue its reign as the true and only champion of England. However, Burnley, on the other side of the coin, is going through one of the most dramatic and difficult moments for the club as they are currently in the relegation zone and need to start adding up if they want to stay in the top flight.
10:36 AM2 months ago

The Burnley vs Manchester City match will be played at Turf Moor Stadium, in Burnley, England. The kick-off is scheduled at 10:00 am ET.
10:31 AM2 months ago

Welcome to VAVEL.com’s LIVE coverage of the 2022 Premier League: Burnley vs Manchester City!