THANKS FOR FOLLOWING THE REBROADCAST ON VAVEL

Thank you for following the minute-by-minute coverage of FC Juárez vs Pumas; match corresponding to round 12 of Liga MX.
1:07 AM2 months ago

The match ends at the Estadio Olímpico Benito Juárez, Pumas wins by the minimum score against Bravos de Juárez and for now they are in the playoff places.
12:48 AM2 months ago

Goal for PUMAS! Diogo De Oliveira scores a goal inside the area!
12:45 AM2 months ago

FC Juárez substitution, Maximiliano Joaquín Silvera comes out and Anderson Leite comes in.
12:39 AM2 months ago

Omar Islas (out) and Juan Ignacio Dinenno (in) PUMAS

Great save by the goalkeeper, FC Juárez is saved!
12:31 AM2 months ago

Yellow Card! José Juan García of FC Juárez is cautioned.
12:26 AM2 months ago

The second half begins at the Estadio Olímpico Benito Juárez, Pumas and Bravos are looking for the winning goal.
12:01 AM2 months ago

The first half ends at the Estadio Olímpico Benito Juárez, Pumas and Juárez tie 0-0.
11:50 PM2 months ago

Foul by Pumas! Juárez will have a chance to take the lead
11:36 PM2 months ago

Arce came within a whisker of putting the ball in the net, but the ball went wide.
11:27 PM2 months ago

PUMAS GO FORTH! Alan Mozo sends in a spectacular cross and the ball crashes against the post.
11:12 PM2 months ago

The match kicks off at the Estadio Olímpico Benito Juárez, the Bravos host Pumas in this 12th round of the Liga MX.
10:46 PM2 months ago

These are the lineups that FC Juárez and Pumas are sending out for tonight's match.

The Bravos de Juárez have conceded 7 of 8 goals to the universitarios, making it almost impossible for them to keep a clean sheet against the auriazules.
For Ferretti's men, it is almost impossible to win at home, as they have only won once in the tournament, and from then on, the percentage of defeats is the highest.
10:38 PM2 months ago

This second part of the season has been quite an adventure for the universitarios, with the Liga MX and the CONCACAF Champions League being disputed, the team coached by Andrés Lillini has had to divide their performance to try to win both tournaments, however, fatigue has reduced them in the league as they are currently out of the playoffs and although they can enter the playoffs, this does not mean that they cannot be eliminated.
10:32 PM2 months ago

The university team has never lost to the Bravos de Juárez on the road, so they could continue this streak if they win tonight.
10:25 PM2 months ago

Liga BBVA MX tells us that Palermo Ortíz will be the player to watch for this match, the central defender could be of great help to the university defensive saga. 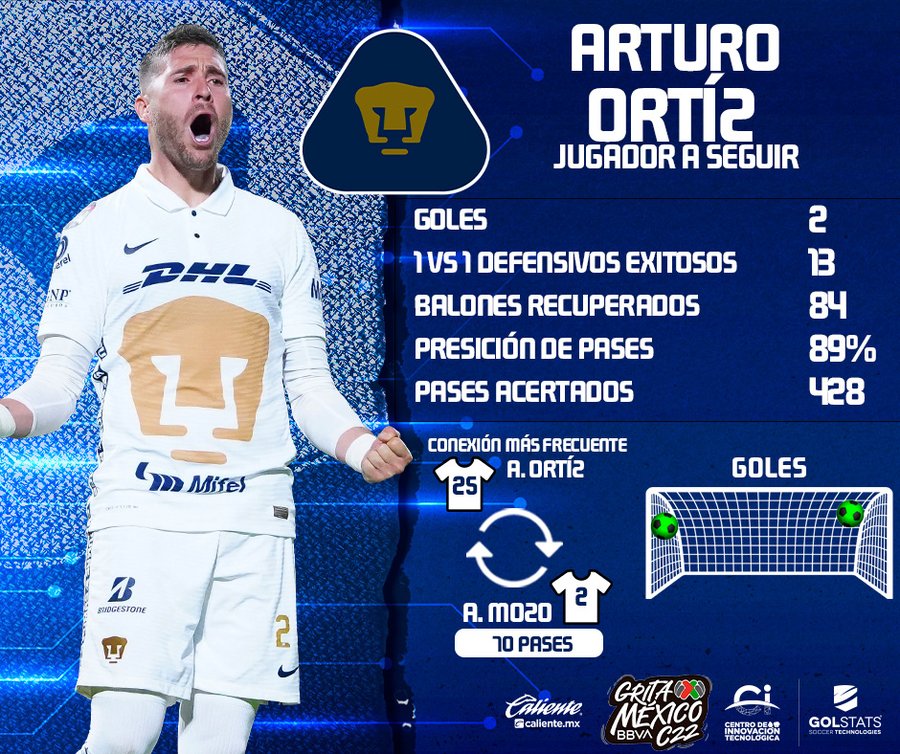 The Clausura 2022 is about to come to an end and no club with a place in the playoffs would want to be in FC Juárez's place; currently, Tuca Ferretti's men are in 18th place in the championship with 8 points. Likewise, FC Juárez have not been able to get a win since Day 1 of Liga MX at home, and since then they have not been able to get three points in front of their fans.
10:15 PM2 months ago

The official Liga BBVA MX account tells us that one of the players who could make the difference in this match is Flavio Santos, an attacking midfielder capable of making a difference on the field. 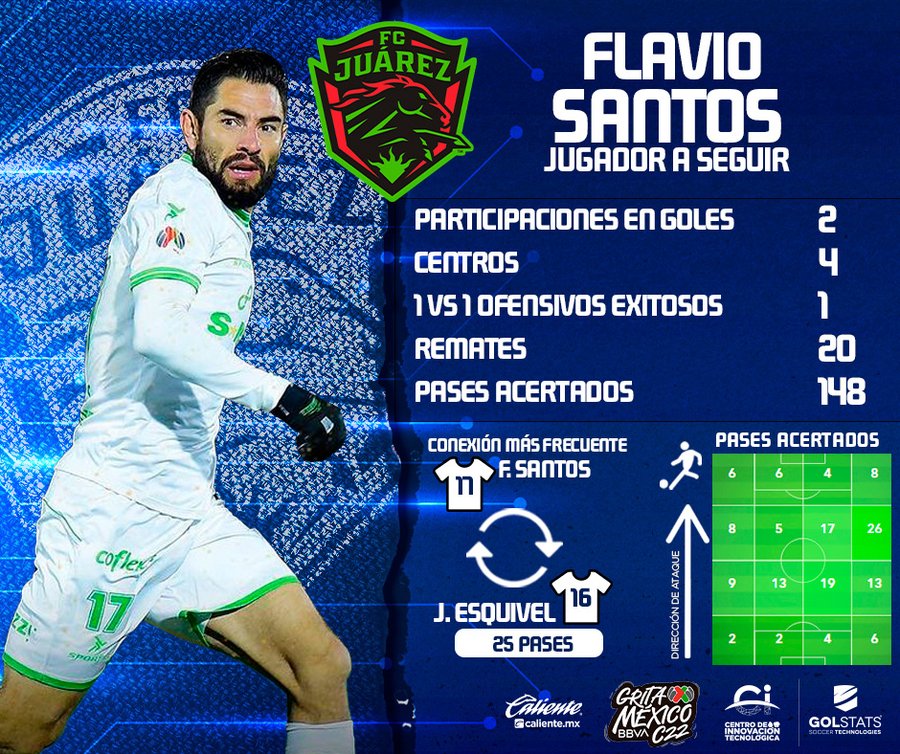 Both teams have met on a total of eight occasions, however, this is one of the duels with the most draws, with only three wins (one for the Bravos and one for Pumas). However, this duel is also the one with the most goals for the fans, as they have never played to a scoreless draw and the statistics register 10-12 goals. The last time these teams met was on October 17, 2021 and that match ended in favor of the universitarios by the minimum score.
10:03 PM2 months ago

The wait is over, Liga MX action returns between Bravos de Juarez and Pumas de la UNAM. Both teams are at the bottom of the table and will be looking for points to get into the playoffs and be present in the final round.
12:40 AM2 months ago

Do not miss a detail of the match with the live updates and commentaries of VAVEL. Follow along with us all the details, commentaries, analysis and lineups for this FC Juarez vs Pumas match.
12:35 AM2 months ago

What time is FC Juarez vs Pumas match for Liga MX?

This is the start time of the game FC Juarez vs Pumas of 2nd April in several countries:

After the great performance throughout this troneo, the player to watch for this match will be Rogerio de Oliveira. The Brazilian has gradually stood out and become one of the references in the attack for the university team, now, after gaining the confidence of the D.T., Rogerio will be looking to continue his goal scoring streak and add to his team to continue as super leader in the current tournament. 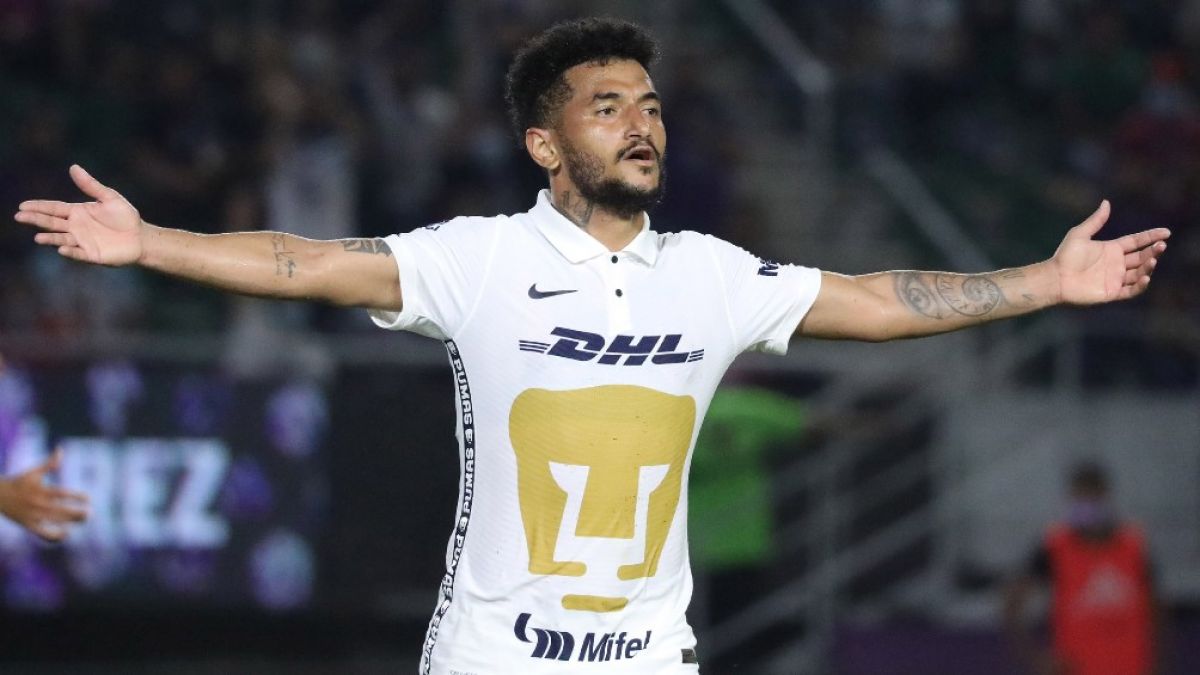 Watch out for this FC Juárez player:

He is one of the players with the most hierarchy in the Bravos squad, Diego Rolán counted last tournament with 13 games played out of the 17 in the Juárez squad, also, he scored twice and assisted only once, also, he accumulated 3 yellow cards throughout the entire contest; all this achieved in a total of 1,079 minutes played on the field. Juarez's current pivot will be the player to watch for this match and could tip the scales at any moment for his team to debut with the right foot at the beginning of the championship. 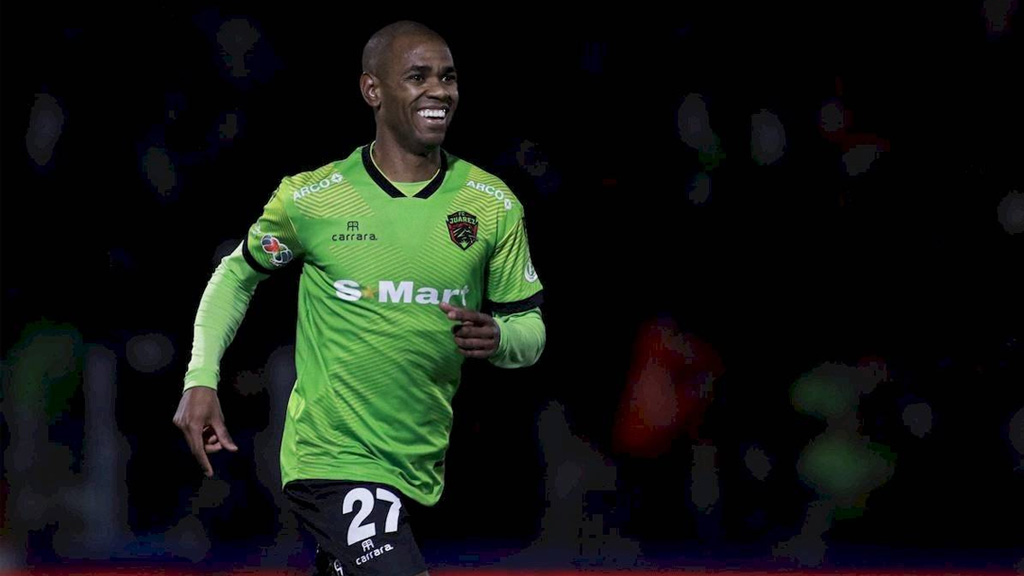 FC Juárez and Pumas have faced each other on only eight occasions (1 victory for the Braves, 5 draws and 2 university victories) where the advantage is in favor of the auriazul team, likewise, in goals, it is the Pumas team who has the advantage with 12 goals scored over 10 scored by the border team. Their last meeting dates back to the Apertura 2021 Tournament on Matchday 13, when Pumas defeated the Bravos by the slimmest of margins.
12:05 AM2 months ago

The Estadio Olímpico Benito Juárez is a multi-purpose stadium located in Ciudad Juárez, Chihuahua, Mexico. It has a capacity for 19,703 people. It is located in the El Chamizal area. It is mostly used for soccer matches, concerts and is the home stadium of FC Juárez and Indios de la UACJ. It is owned by the Universidad Autónoma de Ciudad Juárez.

It was built in October 1980 and inaugurated on May 12, 1981 with a soccer game between the Mexican National Soccer Team and Atletico Madrid, which tied at zero goals. It was loaned by the State Government to the UACJ in 1986.

They need to secure the playoffs

The auriazul team started the Clausura 2022 with everything, however, halfway through the Clausura 2022 the ship began to sail through unknown waters, bringing with it defeats and a fall from the top positions in the general table. Likewise, for the university team, which continues to believe in the youth academy as the basis of its project under the guidance of professor Andrés Lillini, the responsibility of taking on the league and CONCACAF has been enormous; however, they were able to overcome the challenges of the international tournament and must now focus on the local league and fight for the eighth university star. Currently, Pumas is in 9th place in the overall standings with 4 wins, 2 ties and 5 losses with 14 points. They also average a total of 15 goals for and 13 against, leaving them with a +2 goal difference.
11:55 PM2 months ago

They urgently need to start winning

After a poor performance throughout this Clausura 2022, the FC Juárez bravos will be looking to avoid being left out of the playoffs and to be the dark horse of the tournament to position themselves in the grand final of Mexican football, however, in order to do so, they will have to start earning three points and become strong at home, as Ferretti's men have not been able to take advantage of their home advantage. Likewise, they have become the kings of the draw as they have not been able to add up otherwise, for now they are in the second to last place in the general table with 8 points obtained as a result of 2 wins, 2 ties and 7 defeats, likewise, in the statistics they have 8 goals in favor and 16 goals against, leaving them with a goal difference of -8. For this team it is an obligation to qualify for the playoffs as they invested in reinforcements and so far, the project has not performed as expected.
11:50 PM2 months ago

The fight for playoff and playoff places begins.

Liga MX is slowly approaching the end of the regular phase of the competition, and for Pumas and FC Juárez it will be time to start their engines and get ready to face the end of the tournament with everything they've got, as the battle for a place in the playoffs begins to tighten. Tuca Ferretti's pupils will be looking to start adding up points for victories since they have not been able to get three points since matchday 3 and have only managed to get a draw, while Andrés Lillini and company dream of winning this tournament after being just one step away from qualifying for the final of the previous tournament, However, both teams are currently outside and far from the playoff places, so they will surely be fighting for a playoff spot and position themselves between 5th and 8th place to host the knockout stage at home, avoiding to close the first elimination match as visitors.
11:45 PM2 months ago

The FC Juarez vs Pumas match will be played at Estadio Olimpico Benito Juarez, in Juarez City, Tijuana. The kick-off is scheduled at 23:00 pm ET.
11:40 PM2 months ago

Welcome to VAVEL.com’s LIVE coverage of the 2022 Liga MX: FC Juarez vs Pumas!