We hope you enjoyed the match between Nottingham and Coventry that ended with a big win for the home side.
Stay tuned to VAVEL for much more from the world of sport.
6:38 PMa month ago

The goal that set the final score

This is how Garner's goal was experienced, which sealed the game in the second half:

James Garner Goal to put Nottingham Forest up to 2-0 vs Coventry City pic.twitter.com/rvHPwZcPNo

Celebrating the three points at home

Nottingham Forest are thus victorious in front of their fans and continue their ninth consecutive unbeaten run in the Championship.

The match ends with a victory for the home team!
6:24 PMa month ago

Garner's corner kick is headed toward goal by Yates, but his shot hits the crossbar and is cleared off the line.
6:13 PMa month ago

We will have seven more minutes of game time!
6:13 PMa month ago

Surridge's header goes over the crossbar.
6:11 PMa month ago

Lolley is fouled but as he continues the dangerous play the referee pulls play back to signal for a free kick.
6:09 PMa month ago

O'Hare's shot but a combination of Figs and Samba prevents the ball from entering the goal.
4:16 PMa month ago

The match restarts at the City Ground.
4:15 PMa month ago

The match has been temporarily stopped while a fan receives medical attention in the stands.
4:14 PMa month ago

Keinan gets past his marker and gives the ball to Garner, who keeps his composure and sends it home.
3:50 PMa month ago

The second half begins in Nottingham.
3:49 PMa month ago

This is how the Nottingham striker celebrated the only goal he has scored so far.

The first half ends with a partial victory for the home team by the minimum difference.
3:37 PMa month ago

Keinan holds the ball up well and passes to Zinckernagel who shoots from in front of goal, but his shot is saved by Moore.
3:35 PMa month ago

Forest defends well with Spence and Zinckernagel while Coventry looks to go forward a bit.
3:17 PMa month ago

Allen has a dangerous chance for the Sky Blues but his shot is tame and goes straight into Samba's hands.
3:13 PMa month ago

Colback's through ball falls to Johnson at the far post, who tucks the ball home.
3:09 PMa month ago

Yellow card for Worrall after a strong tackle on Gyokeres inside the Forest half.
3:08 PMa month ago

A little space opens up for Zinckernagel on the edge of the box, but his effort is well blocked by Bidwell.
2:58 PMa month ago

Coventry's poor start and recovery by Spence, who bursts into the box, but the ball does not reach Zinckernagel.
2:56 PMa month ago

Nottingham vs Coventry match kicks off!
2:33 PMa month ago

They warm up with conviction

The away team has everything in place to be able to stand up to Nottingham, going against the statistics to look for a win tonight.

Difference on the defensive

In terms of goals scored, both teams are evenly matched with 57 for Nottingham and 51 for Covenrty in the current campaign, however, what has the home side better is the defense as they have conceded 36 goals, while the Blues a total of 48.
2:24 PMa month ago

They arrived on time

The "Sky blues" team has already recognized the field and is warming up before tonight's game, where they will undoubtedly be looking for the three points.

The Sky Blues have arrived 👋 pic.twitter.com/exBc9cgACB

This is how the home team will line up for tonight's game:

This is what Nottingham Forest's stadium looks like before tonight's game, where they will be looking to get a win and continue their good streak.

In the history of these two teams there is only a record of three matches in which Nottingham Forest dominates with two victories, one has been for Coventry and the best thing is that they have never drawn, so a victorious team is expected for this afternoon.
1:59 PMa month ago

We already have the LIVE broadcast of Nottingham vs Coventry, in a moment we will have the match lineups and the best minute by minute.
1:54 PMa month ago

In a moment we will be back with the best broadcast, match lineups and everything related to Nottingham Forest vs Coventry City.
1:49 PMa month ago

How and where to watch Nottingham Forest vs Coventry City

The match will not be broadcast on television in Mexico.

If you want to follow the match LIVE on the Internet, remember that VAVEL USA is your best option.

This is the team that took the field in the previous Coventry game:

They were the men who were responsible for beating Blackpool the previous matchday:

Viktor Gyökeres, meanwhile, has been Coventry's goal man this season.

He has a total of 14 goals and five assists, so he will also be crucial for this afternoon's visiting team to do a good job offensively.

Forest has one of the best and most complete players in the Championship in Brennan Johnson, who has contributed for them throughout this tournament with multiple goals and assists.
He has a total of 20 goal-scoring appearances, with seven assists and hitting 13 balls that ended up in the back of the net. 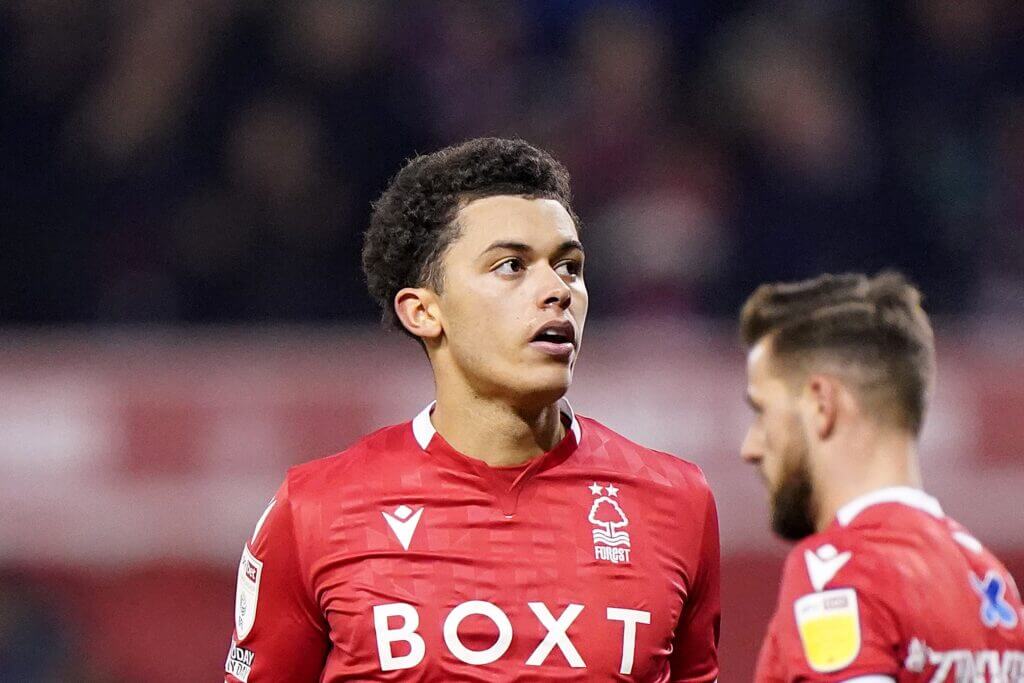 Coventry on a bad streak

Coventry City have not been able to win for three rounds, with one defeat and two draws, the last one against Blackburn.

In that match, the score could not be defined after four goals, two for each side, the scorer for City being Gyokeres, and the other goal was thanks to an unfortunate own goal.

Good momentum for Forest in Championship

The Nottingham team is on an eight-game unbeaten streak, coming out of the last match with a goal in their favor.

This occurred when they faced Blackpool the previous Saturday, in a match that ended 4-1 in favor of the visitors with goals from Zinckernagel, Surridge and a double from Johnson.

The match will be played at the Nottingham Forest Football Club

The Nottingham vs Coventry City match will be played at the stadium Nottingham Forest FC, in Nottingham, England, with a capacity of 30,600 people.

This venue already has history, as it was one of the venues of Euro 1996, hosting three Group D matches.

The also called City Ground is located on the banks of the River Trent, just a few meters from Trent Bridge, the former Nottingham Forest stadium.

On the opposite bank of the river is Meadow Lane, home of Notts County FC, Forest's rivals.

It will be a great match between two mid-table teams fighting for points that could help them close the tournament in a better way.

Although they no longer have a chance to win the championship, they have to finish the tournament with points and good matches in order to face next year's Championship.