Thanks for following this match on VAVEL USA. Until the next time!
12:03 AMa month ago

The referee adds five minutes to the match.
11:56 PMa month ago

Mazatlán: Intriago and Benedetti are out; Bello and Rubio are in.
11:54 PMa month ago

JURADO! A powerful free kick taken by Fabián is deflected with his left hand.
11:52 PMa month ago

Mazatlán: Díaz and Moreno are out; Montaño and Vargas are in.
11:52 PMa month ago

Tempers flare between Tabó and Fabián. The referee cautions both players.
11:51 PMa month ago

The medical assistants come in to attend to Diaz, who leaves in the medical cart because he will not be able to continue in the game.
11:45 PMa month ago

MAZATLAN IS SAVED! Rivero takes a free kick that Vikonis covers with his left foot. On the rebound, Santi takes a shot-cross that no one is able to block.
11:44 PMa month ago

TABÓ! Tabó entered the box to take a powerful right-footed shot, but Vikonis shot wide and on the rebound, the Mazatlán defense pushed the ball away.
11:38 PMa month ago

COLULA! The play was set up between Benedetti, Fabián, where Colula takes a cross shot in the small area that crashes into the corner of the post.
11:33 PMa month ago

Cruz Azul is saved. Moreno plays a delayed pass into the box looking for Benedetti, but Shaggy anticipates to take the chance away.
11:29 PMa month ago

We reached the hour mark. Both teams do not want to settle for a draw and are reaching the opponent's area.
11:24 PMa month ago

SHAGGY! Mazatlán is insisting in the opponent's area where Fabián arrives to shoot, but Shaggy comes across to deflect the ball dangerously over the crossbar.
11:23 PMa month ago

Cruz Azul: Huescas and Otero are out; Antuna and Tabó are in.
11:13 PMa month ago

The referee adds two more minutes to the first half.
10:53 PMa month ago

GOAL BY MAZATLAN! Scored by Roberto Meráz.
10:47 PMa month ago

SHAGGY! Joaquín Martínez's shot from the edge of the box goes just wide of the far post.
10:45 PMa month ago

The assistants come in to attend to Charly Rodríguez after a blow.
10:35 PMa month ago

Mazatlan's corner kick is taken in the box, but no one is able to get a shot off.
10:33 PMa month ago

Mazatlan had a corner kick and was forced to turn the ball back to Vikonis because they could no longer generate danger.
10:26 PMa month ago

First ten minutes of the match. The visitors are looking better and have possession.
10:16 PMa month ago

A shot from outside the area was well saved by Jurado.
10:11 PMa month ago

Otero hurts his thigh in a collision inside his area.
10:10 PMa month ago

The match has started!
9:53 PMa month ago

Both teams are already on the field at Kraken Stadium completing warm-up exercises prior to the match that is just minutes away. 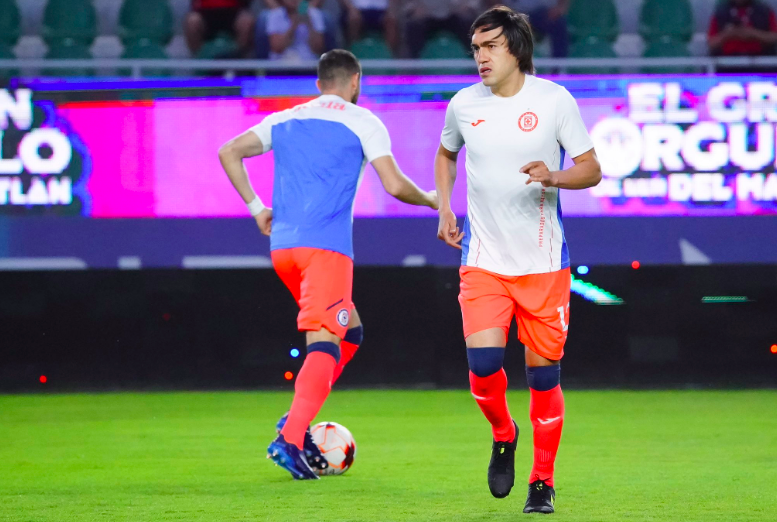 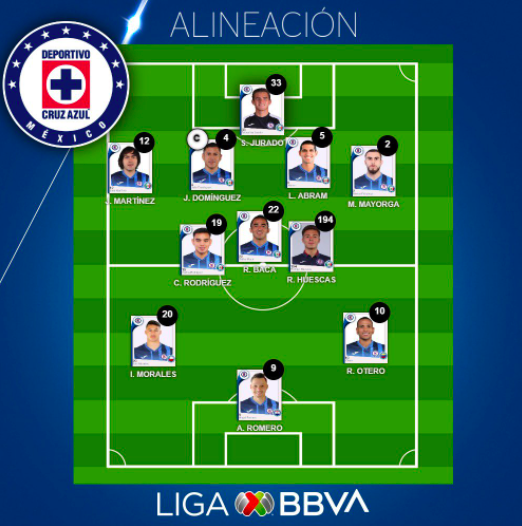 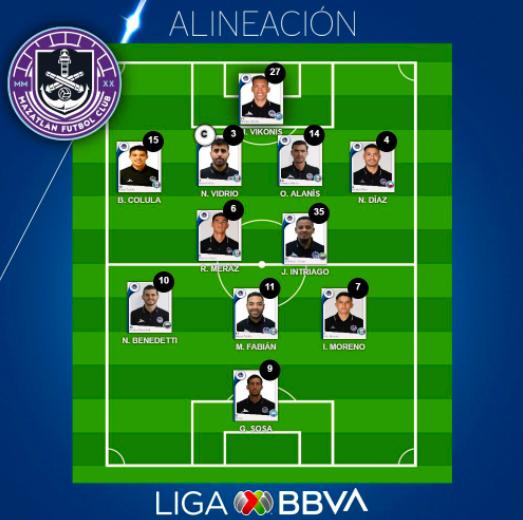 For this match, Mazatlan was able to recover Benedetti, so they will have a full squad for today's game.

On the other hand, Cruz Azul will be without Jeses Corona and Juan Escobar, both due to injury.

Both Mazatlan and Cruz Azul fans are beginning to arrive at the stadium for the match that is just minutes away. A good turnout is expected at the Mazatleco stadium. 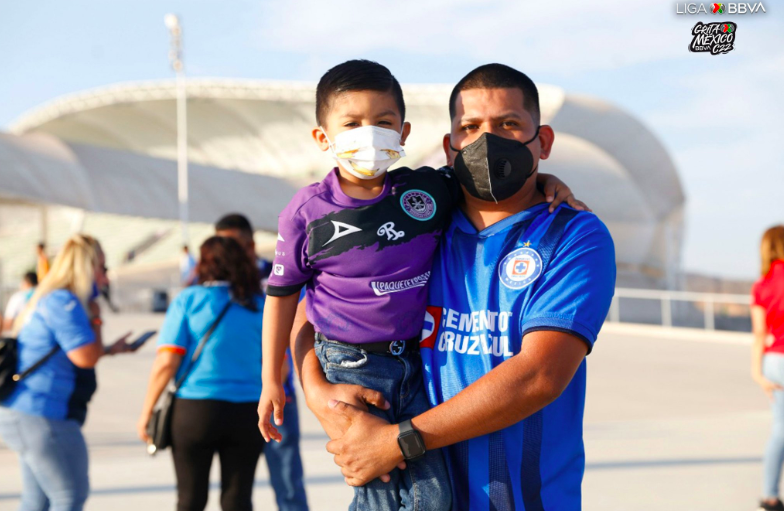 The only time Cruz Azul visited Kraken Stadium was on September 18, 2020, when La Maquina won by a score of 2-3. In that match, Jonathan Rodriguez contributed a brace.
9:19 PMa month ago

With the respective hygiene measures in place, both Cruz Azul and Mazatlan have arrived at Kraken Stadium for Friday's closing match. 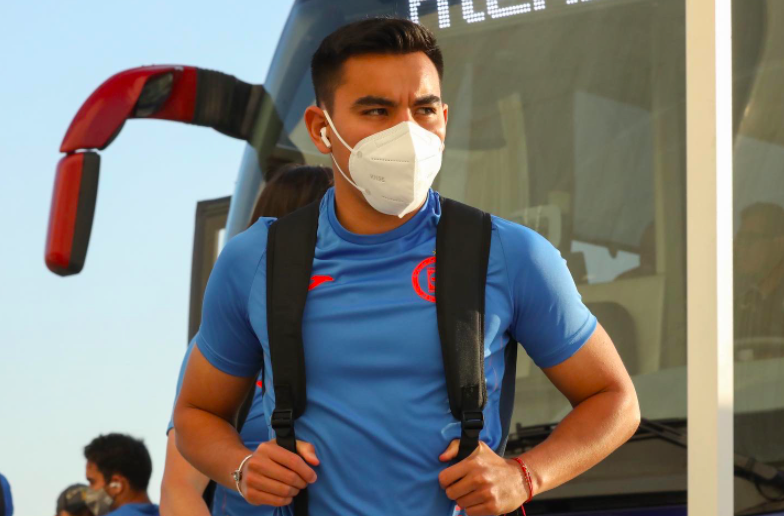 The history is short, as they have faced each other on only 3 occasions, with a favorable balance for the La Noria team, as they have 2 wins; however, the lighthouse team won the most recent game by a score of 0-2 at the Azteca Stadium.
9:07 PMa month ago

Mazatlan Stadium, also known as El Kraken, is a soccer stadium located in the city of Mazatlan, Sinaloa, Mexico. This is the newest stadium in Liga MX and was inaugurated on July 27, 2020. It has a capacity for a little more than 25 thousand spectators and is home to the Mazatlan team. Today it will host this match. 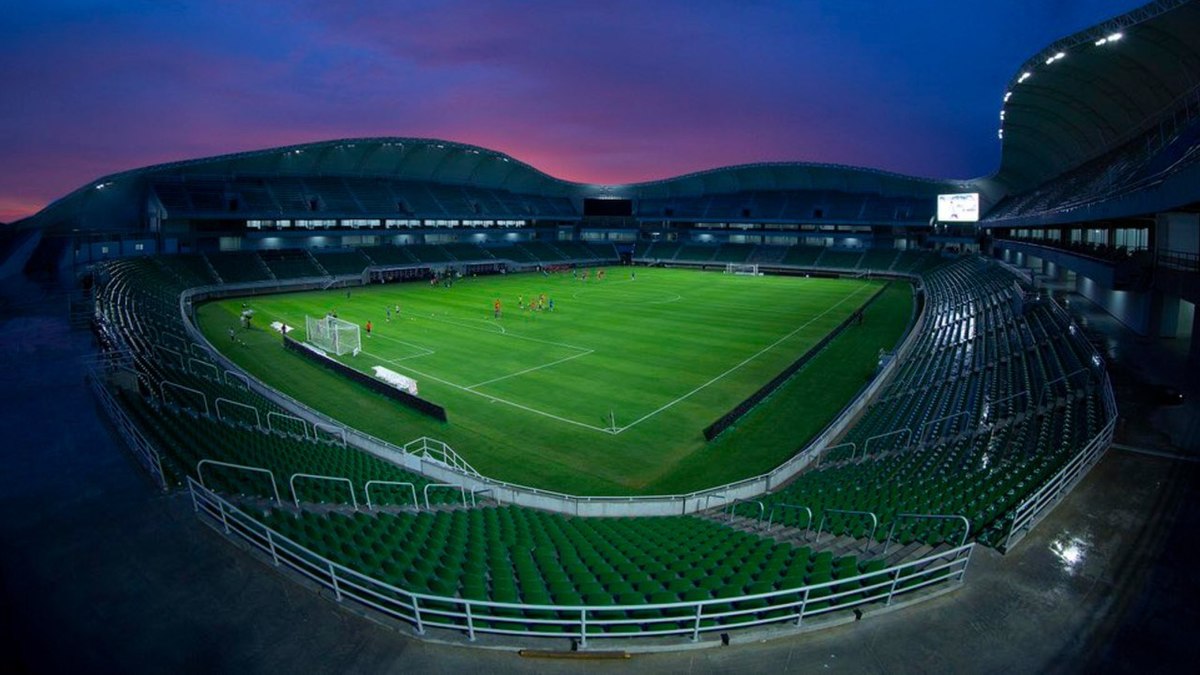 We are just under an hour away from the starting whistle at Kraken Stadium for the match between Mazatlán and Cruz Azul. The locals are desperate for a win, something they have been denied for almost a month, while the visitors want to recover from the midweek defeat they suffered in the Concachampions. Will one of them get the victory? Follow our coverage on VAVEL USA.
12:59 AMa month ago

Do not miss a detail of the match Mazatlan - Cruz Azul with the live updates and commentaries of VAVEL. Follow along with us all the details, commentaries, analysis and lineups for this match.
12:54 AMa month ago

How to watch Mazatlan - Cruz Azul Stream on TV and Online?

If you want to watch the game Mazatlan - Cruz Azul live on TV, your options are: Univision and TUDN USA

Santiago Gimenez | The Mexican striker is in charge of the Cementero attack along with Uriel Antuna, with whom he has been a good teammate. Santi has 3 goals and 1 assist in the current tournament and will be looking to continue with this good scoring streak, as he scored the winning goal against Atlas last matchday. 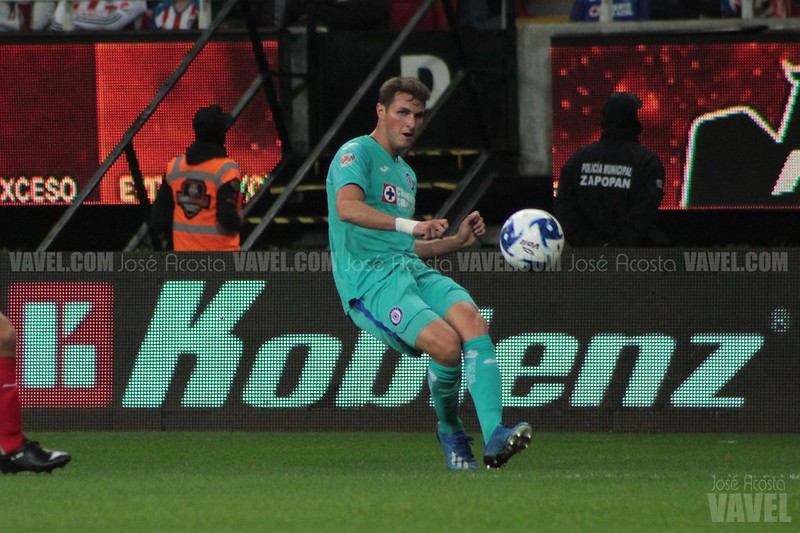 Nicolas Benedetti | The Colombian has two goals and one assist in the tournament, has been a starter in all the team's matches and is the player who carries the weight of the offensive line. Last game he was substituted due to a concussion protocol, but it is expected that he will be available for this game as he is an indispensable player in Gabriel Caballero's approach. 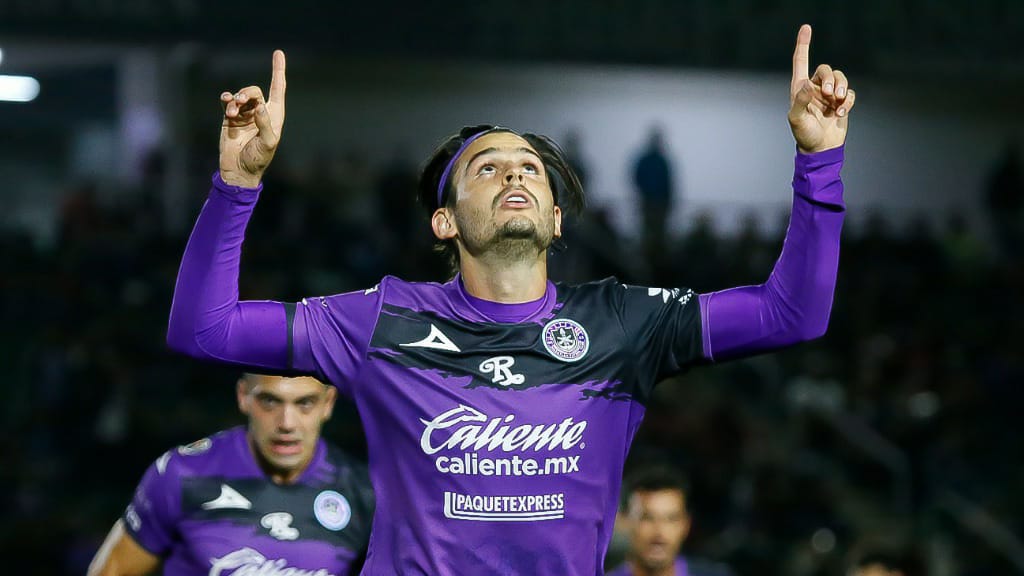 On the other hand, La Maquina, coached by Juan Reynoso, has had irregular matches in which they have dropped valuable points. Although Cruz Azul is coming off a narrow win last week against Atlas, the Celestes have not played their best soccer. In midweek, they faced Pumas in the Concachampions League, where they were defeated 2-1, so their mood and physical condition may have an influence on this match. Cruz Azul is currently in fifth place with 20 points from 6 wins, 2 ties and 4 losses.
12:19 AMa month ago

Mazatlan: To press on the accelerator

The team coached by Gabriel Caballero, has to recover from the last defeats and they are in a bad moment because of their 5 most recent matches, they have 2 ties and 3 losses. Although the purple team has been improving in small steps, it has not been enough for them to achieve victories even at home. Mazatlan is in second to last place in the general table, only ahead of Juarez on goal difference. The Mazatlecos have accumulated 8 points from two wins, two ties and eight defeats, the most recent against Atlético de San Luis by a score of 1-0 last week.
12:14 AMa month ago

The match will be played at the Stadium Kraken

The Mazatlan vs Cruz Azul match will be played at the  Kraken Stadium, in Mazatlan, Mexico. The kick-off is scheduled at 10 pm ET.
12:09 AMa month ago

We are in the final stretch of the tournament, and tonight marks the end of Friday's matchday with a game at Kraken Stadium where two teams with different realities will face each other on matchday 13. On one side is Mazatlan, who despite the change of coach, cannot find their way, while Cruz Azul is playing two tournaments and fatigue could be a factor in this match.
12:04 AMa month ago