FOR4
END4 hours ago

It's over! Frankfurt surprises and beats Barcelona at home.
4:57 PMa month ago

Penalty for Barcelona! De Jong is brought down inside the area and the referee awards a penalty.
4:48 PMa month ago

Goal, goal, goal for Barcelona! Busquets sent a shot into Trapp's goal to open the scoring.
4:42 PMa month ago

Goal, goal, goal for Barcelona! Luk de Jong scores the first for the home side.
4:40 PMa month ago

Barcelona tries, but fails to score the first.
4:27 PMa month ago

Change of Barcelona. Luk de Jong is replaced by Eric.
4:25 PMa month ago

Barcelona changes. Adama Traoré and Dest are replaced by Aubameyang and Mingueza.
4:12 PMa month ago

Close! Aubameyang shoots at goal, but the keeper ends up holding the shot.
4:03 PMa month ago

The second half kicks off at Camp Nou
4:03 PMa month ago

Change of Barcelona. Frenkie de Jong is replaced by Pedri.
3:46 PMa month ago

At the end of the first half, Frankfurt surprises and wins two goals to zero.
3:38 PMa month ago

Goal, goal, goal for Frankfurt! Borré sent a lethal shot into the net from outside the box, but Stegen couldn't keep out the second.
3:35 PMa month ago

Knauff's shot, but it ends up in Stegen's hands.
3:26 PMa month ago

Kostic's shot, but the ball ends up in the hands of ter Stegen.
3:19 PMa month ago

Goalkeeper! Powerful shot by Araújo, but the ball is saved by the goalkeeper.
3:10 PMa month ago

Aubameyang's header, but the ball ends up going over the goal.
3:05 PMa month ago

Goal, goal, goal for Frankfurt! Kostic shoots from the penalty spot to open the scoring.
3:04 PMa month ago

Penalty for Frankfurt! Eric holds Lindstrom inside the area and the referee awards the penalty.
3:01 PMa month ago

Actions get underway in Barcelona.
2:56 PMa month ago

Both teams are already on the field warming up before the start of this important match.
2:45 PMa month ago

Barcelona, with Xavi at the helm, is already at the Camp Nou, tonight they will go all out for a place in the semifinal.
2:40 PMa month ago

Frankfurt will be looking for a surprise and for this reason they have already arrived at the stadium, looking to give their all in this match.
2:35 PMa month ago

Frankfurt and Barcelona fans are already present at the Camp Nou, tonight they will be looking to qualify and make their presence felt.
2:30 PMa month ago

Ferran Torres is the one Frankfurt needs to pay special attention to, the striker has been involved in four goals in five games, one of the best numbers for a newcomer.
2:25 PMa month ago

Gerard Piqué is completely ruled out for this match, the Spaniard was unable to recover from his injury.
2:20 PMa month ago

Frankfut, meanwhile, are unbeaten in their last nine matches against Spanish teams, the last four away from home.
2:15 PMa month ago

Watch out for the tip

In 14 of 16 matches played against German teams, Barcelona has not known defeat, however; since 1998 they had not played matches outside the Champions League.
2:10 PMa month ago

We're back to bring you minute-by-minute coverage of the match between Barcelona and Frankfurt. We will shortly share with you the most relevant information about the teams, as well as the confirmed line-ups.
2:05 PMa month ago

Stay tuned for the Barcelona vs Frankfurt live stream.

In a few moments we will share with you the starting lineups for Barcelona vs Frankfurt live, as well as the latest information from the Camp Nou Stadium. Keep an eye on the action with VAVEL's minute-by-minute live online coverage.
2:00 PMa month ago

How to watch Barcelona vs Frankfurt Live Stream on TV and Online?

If you want to watch the game Barcelona vs Frankfurt live on TV, your options is: TUDN.

Xavi spoke ahead of this important match: "We are required by Barça's history, not by Madrid. Our history over the last 40 years, when Johan came here, set a standard: to win by playing well. If not, we are not happy. That's how we Catalans are. I don't know how it will be in Madrid. I haven't lived there and I don't know their idiosyncrasies."

"If he's on the list, he can participate. So can Memphis. Gerard, we'll see tomorrow. It's important that we get players back. For me Dest is important.

"I'm not in the players' bus or in the locker room. When I go in, the music stops. That's up to them. There are no regulations. You should have asked Eric".

"It's an evidence. They've said it's the most important game in their history. For us too. I was also surprised by the atmosphere. I had never been on that pitch before. Very aggressive, hostile to us. We'll try to match it tomorrow.

"We have improved a lot of things, but nothing is done yet. We have to compete better. The Levante match was not excellent. Neither was the Frankfurt game. We have to improve our mentality. Maybe they had it asleep. We are going to give everything to try to win a title that we don't have".

"Every match is important. If you look at the teams that play on Thursdays, it's hard for them to win on Sundays. That's why I say there is mental fatigue. You lower your concentration. It looks easy and it's not. Everything is difficult. Our life is at stake in every game. We don't have a lot to spare.

Frankfurt arrive after losing to Freiburg by two goals to one, a situation that will not dampen their spirits as they look to qualify for the semifinals. 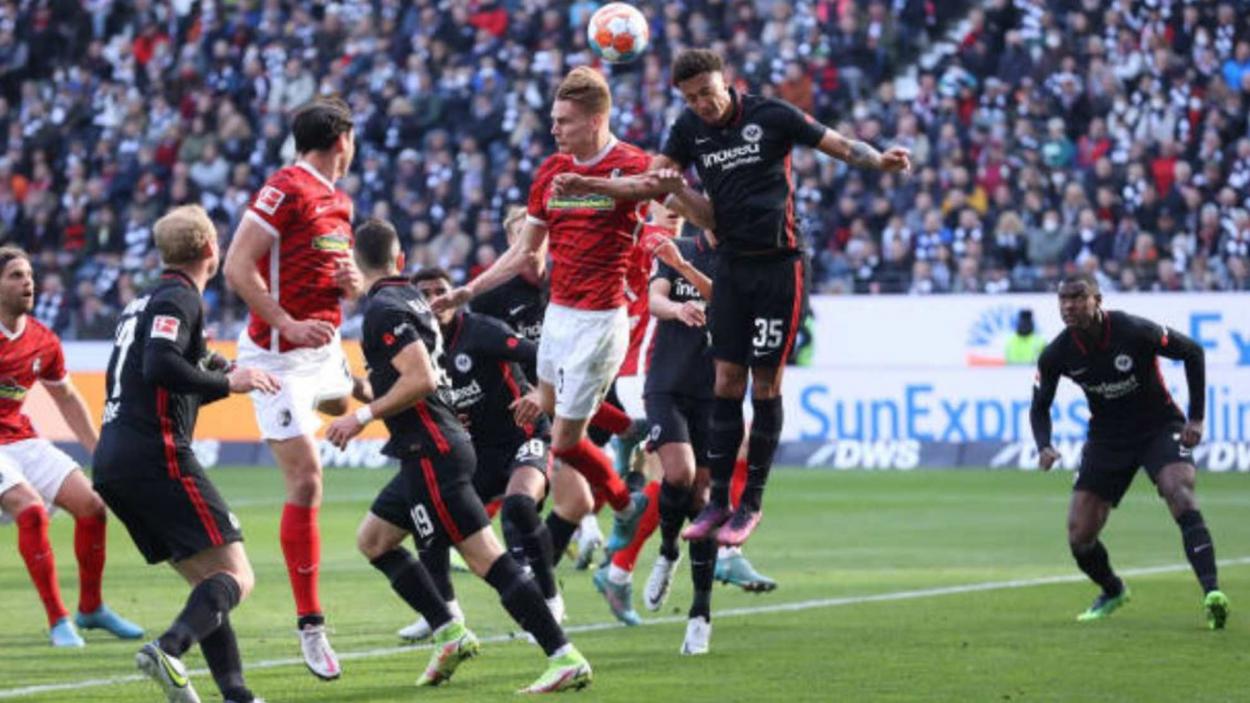 Barcelona has already accumulated several matches without defeat, this after the arrival of Xavi and the team's adaptation to the coach's idea, in their last match they defeated Levante. 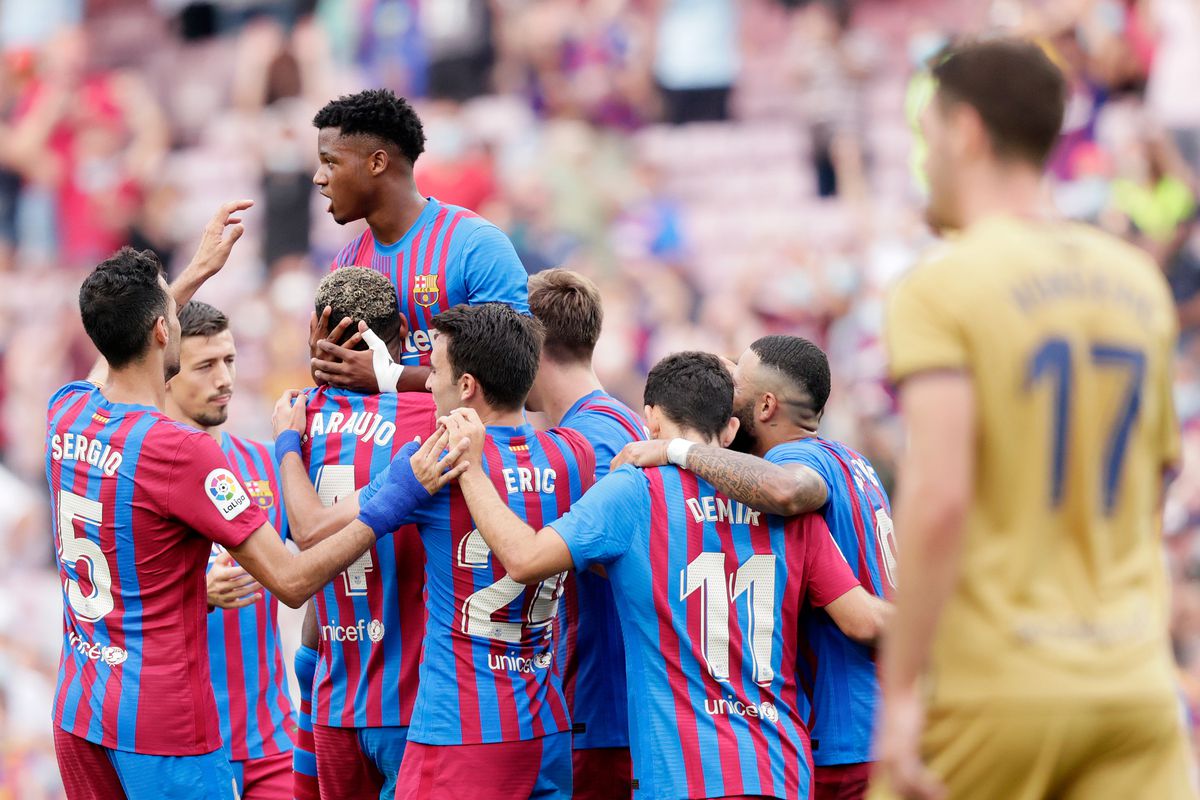 Tonight, Barcelona will host Frankfurt at the Camp Nou to see which team will qualify for the semifinals. The first leg ended in a one-goal draw, so tonight both teams will leave everything on the field.
1:25 PMa month ago

The Barcelona vs Frankfurt match will be played at the Camp Nou Stadium, located in Barcelona, Spain. The stadium has a capacity of 99,354 people.
1:20 PMa month ago