Watch the best plays of Atletico win.
12:23 PMa month ago

The VAR is checking if there is a penalty for Atlético de Madrid.
12:19 PMa month ago

Manu Morlanes knocks down his opponent and sees the yellow card.
12:18 PMa month ago

ESPANYOL GOAL Raúl de Tomas sends the ball to the back of the net and changes the match score.
12:16 PMa month ago

Antoine Griezmann tries to find Marcos Llorente, but he makes a pass that is too strong and spoils the chance.
12:16 PMa month ago

ATLETICO GOAL Matheus Cunha makes a pass at the feet of Yannick Carrasco, who shoots inside the area to the lower left corner.
12:14 PMa month ago

Geoffrey Kondogbia is shown a yellow card for his illegal action.
12:11 PMa month ago

Excellent save by Jan Oblak from a header by Leandro Cabrera directly under the crossbar. The ball goes out.
12:09 PMa month ago

Everything ready for the match between Atlético and Espanyol.
11:41 AMa month ago

This is the XI starter of Espanyol.

This is the XI starter of Atlético de Madrid.

Today's referee will be Jorge Figueroa Vázquez
11:29 AMa month ago

The Espanyol team has 1 casualty for today, that of the Venezuelan Herrera.
Invalid dateInvalid date
11:28 AMa month ago

Atlético de Madrid has 2 casualties for today. Jiménez and Herrera.
11:27 AMa month ago

Atletico de Madrid comes out as the wide favorite for today's game with odds of -300 according to bookmakers.
11:25 AMa month ago

LaLiga activity continues with the match between Atheltic de Bilbao vs. Celta de Vigo and Sevilla vs. Real Madrid.
6:40 PMa month ago

Do not miss a detail of the LaLiga   2022 match Atlético de Madrid  vs Espanyol live updates and commentaries of VAVEL.
6:35 PMa month ago

If you want to watch the game Atlético de Madrid vs Espanyol  Live on TV, your options is SKY Sports

Atleti have come into the break having scored two or more goals in just one of their last 23 games
6:25 PMa month ago

Last games between of Atletico de Madrid vs Espanyol

1 victory for the Atletico de Madrid team in the last 5 matches looks a favorable outlook for the local team, however a hope for Espanyol may be that they won the most recent game between them 2 so they will come out with everything, in the last In 5 games at this Atlético de Madrid stadium there have been 3 draws and 1 victory for both teams.
6:20 PMa month ago

For his part, Manu Morlanes opened the scoring account for Espanyol in two of his last four LL games away from home that ended with a win or draw.
6:15 PMa month ago

Thomas Lemar has scored four goals in Atleti's four league victories this season, one of them over Espanyol in the first round.
6:10 PMa month ago

To be sure, visiting coach Vicente Moreno will have watched Mallorca's triumph over Atleti very carefully. Moreno has lost each of his three duels as coach against the mattresses, including two at the helm of the Balearic club. The perico coach expressed his satisfaction with the victory achieved over Celta de Vigo last day. At the beginning of this day, Espanyol enjoys a cushion of 11 points above the red zone of the table. Espanyol can make a satisfactory assessment of their return to the top flight, although their results away from home leave much to be desired and have prevented the Barcelona team from fighting at the top of the table. The parakeets are one of the teams with the worst records, not having the status of away favorites in LaLiga 2021-22, and in their 15 outings they have averaged only 0.87 goals per game.
6:05 PMa month ago

After the harrowing elimination from the UEFA Champions League at the hands of Manchester City, Atlético de Madrid faces the final stretch of a relentless fight for places in the next edition of the continental competition, with Betis and Real Sociedad on their heels. heels. The rojiblanco team, which lost 1-0 to Mallorca in Son Moix last day in LaLiga, has linked three official matches without winning for the fourth time this season. In each of the three previous streaks, Atleti reacted by winning, and arrives at this Sunday's match chaining three league wins at the Metropolitan.
After a fierce battle against Man City, Atleti's season seems to be at a crossroads. Cholo Simeone's squad, whose last two defeats in LaLiga have been against teams immersed in the fight to avoid relegation (Mallorca and Levante) achieving six consecutive league victories between them, cannot be trusted against an Espanyol that has not yet certified permanence .
It seems that Atlético's season has ended without trophies but they will seek to close in a good way.

The game will played at the Estadio Wanda Metropolitano

The Estadio Wanda Metropolitano  is a stadium in Madrid, Spain. It has been the home stadium of Atlético Madrid since the 2017–18 season. It is located in the Rosas neighbourhood, in the San Blas-Canillejas district.

The stadium had a capacity of 20,000 spectators upon its closure and re-opened with a seating capacity of 68,456 after renovation. The stadium hosted the 2019 UEFA Champions League Final on 1 June 2019 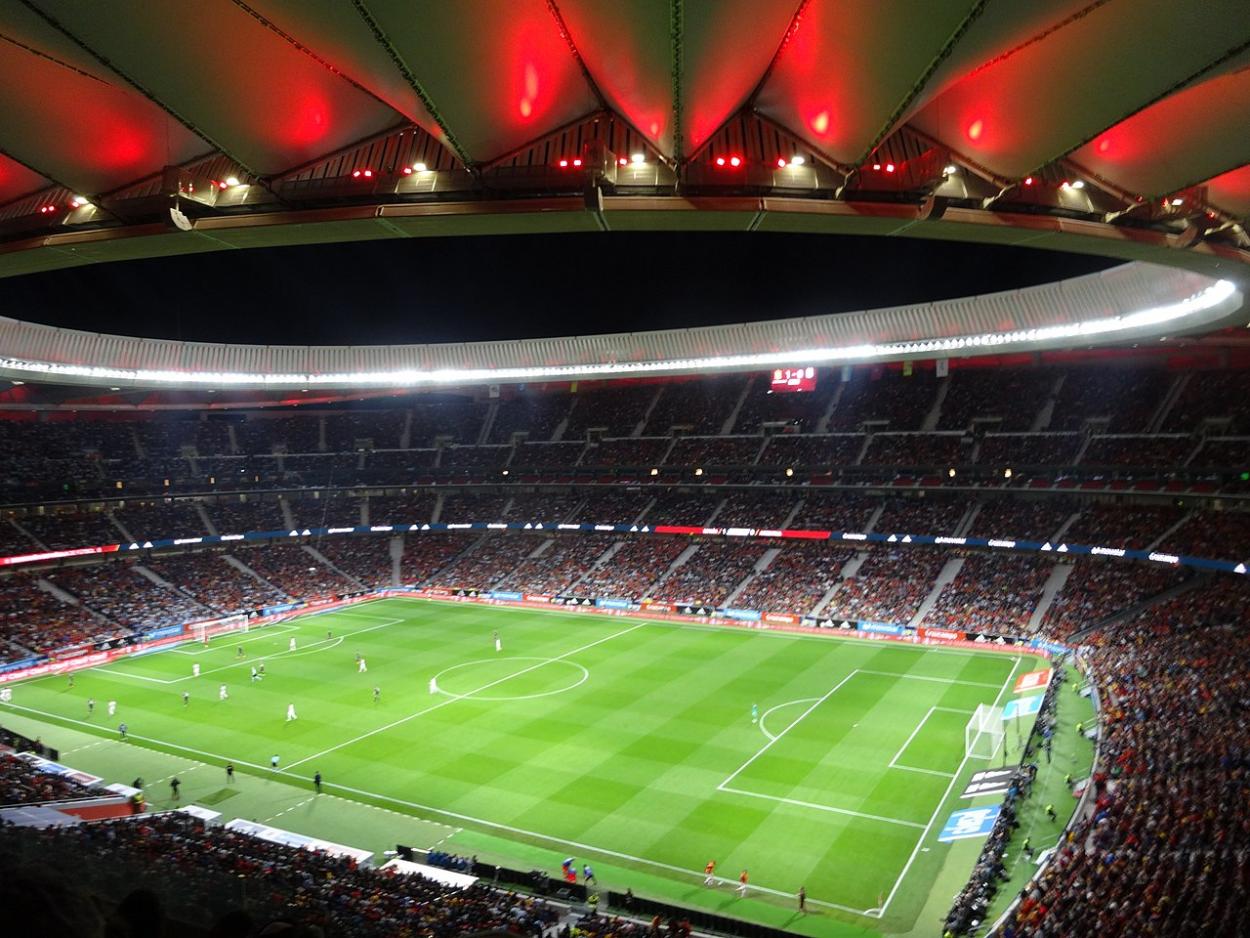