It's over! Cádiz surprises and wins by the minimum.
4:57 PMa month ago

The ball is disputed in midfield with many fouls.
4:48 PMa month ago

Aubameyang looked for the first with an accurate shot, but again the goalkeeper prevented the equalizer.
4:43 PMa month ago

Close! Ferran Torres came close to equalizing, but Ledesma ends up clearing the ball away.
4:23 PMa month ago

Change of Cádiz. Salvi and Martín-Bejarano are replaced by Alejo and San Emeterio.
4:20 PMa month ago

Barcelona tries to tie the match, but Cadiz keeps the back well stopped.
4:07 PMa month ago

Goal, goal, goal for Cadiz! After Stegen's save, Perez counter-attacked and opened the scoring.
4:05 PMa month ago

The match restarts for the second half.
4:05 PMa month ago

At the end of the first half, Barcelona and Cadiz are tied at zero goals.
3:40 PMa month ago

Dembélé's shot is blocked by Ledesma at the back.
3:34 PMa month ago

Depay's cross for de Jong, but the ball ends up in Ledesma's hands.
3:26 PMa month ago

Alba's cross, but Dembélé fails to get on the end of it and the defense rejects the shot.
3:19 PMa month ago

Gavi's cross, in the area they try to finish, but the ball is not controlled correctly and a clear chance is lost.
3:11 PMa month ago

The match started back and forth, with both teams looking for the opponent's goal.
3:02 PMa month ago

The action kicks off at Camp Nou
3:00 PMa month ago

Both teams are already on the field warming up before kickoff.
2:50 PMa month ago

Cádiz has already arrived at Barcelona, and tonight they will be looking to make it three points and beat Xavi's team.
2:49 PMa month ago

Barcelona is already at Camp Nou, tonight they will look to continue on the right track and beat Cadiz. 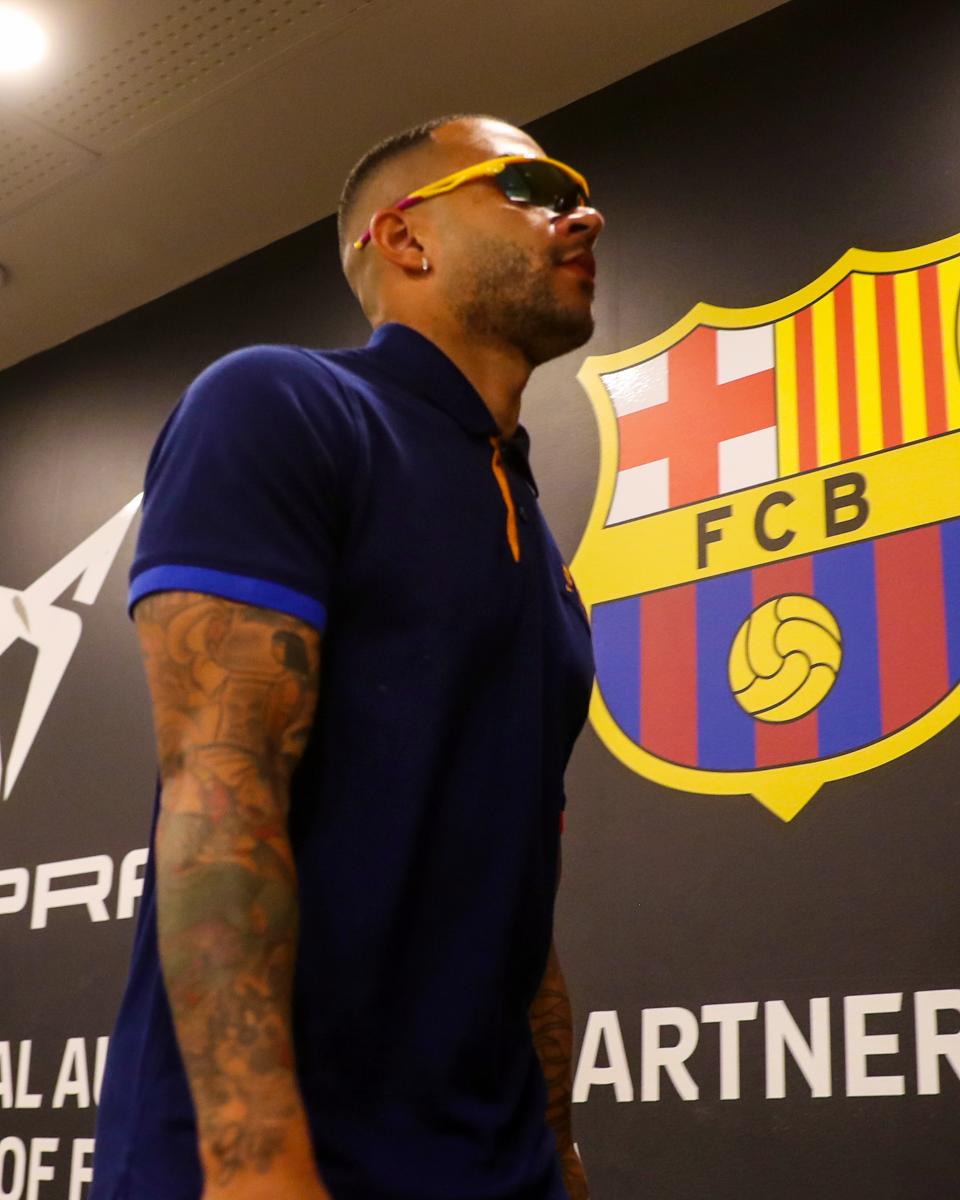 Sergio Busquets has now played 674 games for Barcelona, tying him with Andrés Iniestra as the third player with the most games in the history of the blaugrana team.
2:30 PMa month ago

After the German invasion in the match against Frankfurt, Barcelona fans demonstrate outside the stadium.
2:26 PMa month ago

Diego Ribera spoke before the match: "We know that we are coming to a complicated field, but we have to worry about ourselves, play a good match, make things difficult, have our chances and take advantage of them".
2:19 PMa month ago

The trident is coming!

Xavi will send an unprecedented attacking trident, led by Depay, Torres and Dembéle.
2:14 PMa month ago

Barcelona have failed to beat Cadiz in their last three games, recording two draws and one defeat.
2:09 PMa month ago

We are back for the match between Barcelona and Cadiz. We will shortly share with you the confirmed line-ups as well as the most relevant information about the teams.
2:04 PMa month ago

How to watch Barcelona vs Cadiz Live Stream on TV and Online?

If you want to watch the game Barcelona vs Cadiz live on TV, your options is: ESPN+.

"With this style, we won five Champions League titles. Johan Cruyff put it there. It has borne fruit and yielded results. We have to improve it, but not give lurches. We have to believe, correct and improve. We will not change our DNA because we lose a game or a title".

"They are unnecessary losses that allow the opponent to generate a counterattack and then not stop it."

"When I left the hotel, I already saw that something wasn't right. They threw everything at us. You feel robbed at home. It didn't feel like we were playing at home. It started off badly. Then the penalty. It was a fateful night in every way. It started and ended badly. We wiped the slate clean.

"There is a before and an after for player and coach. The cheering section cheers us on spectacularly. I've seen another stadium now as a coach. With the exception of the last game".

"I see the team capable of winning all eight games. We have important rivals who are playing for things. Cádiz is playing to stay in the league, Real to play in Europe, Rayo not to go down..... But we are also playing for our lives".

"It is a hard blow, we have been eliminated from the Europa League that we expected to win and enter directly into the Champions League and we have not achieved it. It is a blow. It is an evidence. But we have to recover. I hope and wish that the public will be with the team. We hope to see a good atmosphere tomorrow, as in almost every match except the last one. Tomorrow we need them more than ever.

"I think they will come to defend a lot. Just like Eintracht. They have improved a lot with Sergio. They worked very well. They are an uncomfortable opponent. It will cost. We have to rebuild after the defeat. There are eight finals left. It is vital. We hope to have the fans with us, because the other day it conditioned us a little".

Cádiz comes into this game after losing to Betis two to one, and is also located in the penultimate position in the general table so it is urgent to get three points. 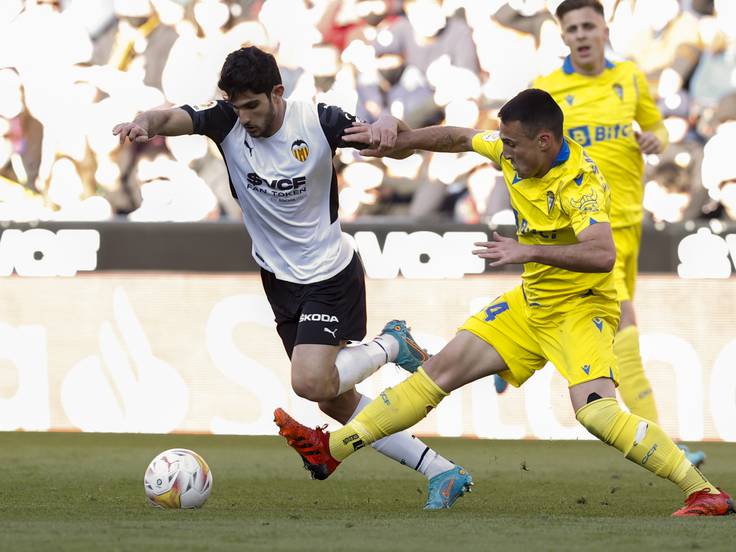 To raise their heads

Barcelona arrives after being eliminated in the Europa League against Frankfurt in the quarterfinals, while in LaLiga they defeated Levante three goals to two, in this match they will be looking for three points. 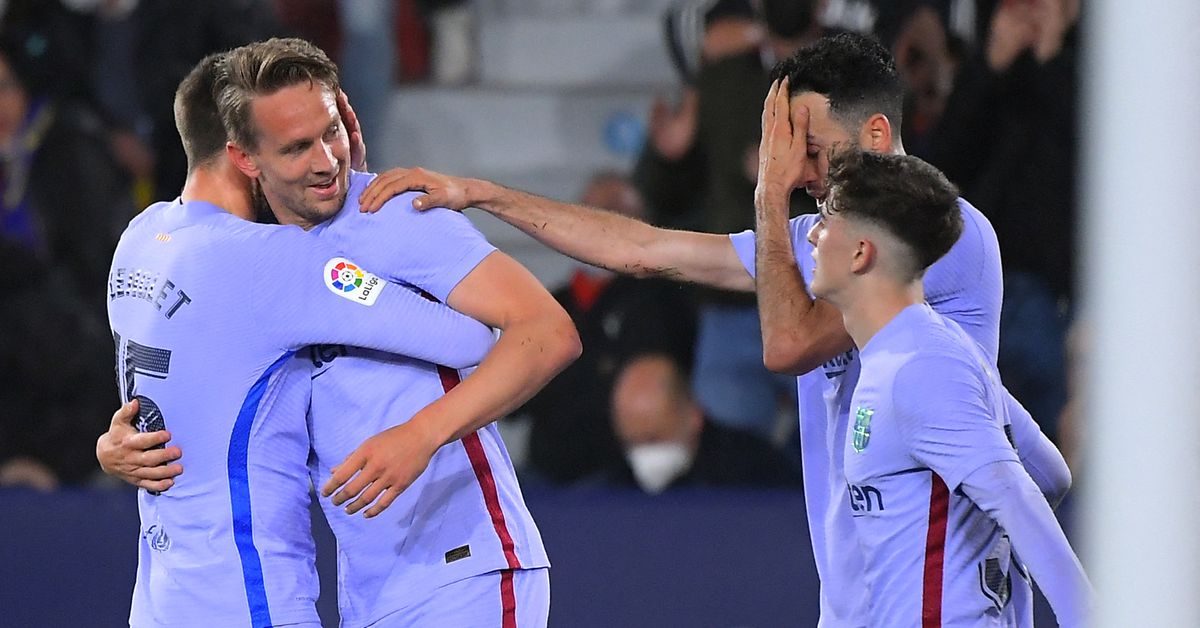 The Barcelona vs Cádiz match will be played at the Camp Nou Stadium, located in Barcelona, Spain. The stadium has a capacity for 99,354 people.
1:24 PMa month ago

Welcome to VAVEL.com’s coverage of the 2022 LaLiga match: Barcelona vs Cadiz Live Updates!