Thank you for following our coverage of Necaxa vs Tigres; match corresponding to the 15th round of the Liga MX.
9:59 PMa month ago

The match ends at Victoria Stadium, Necaxa wins over Tigres in this Liga MX matchday 15 kickoff. 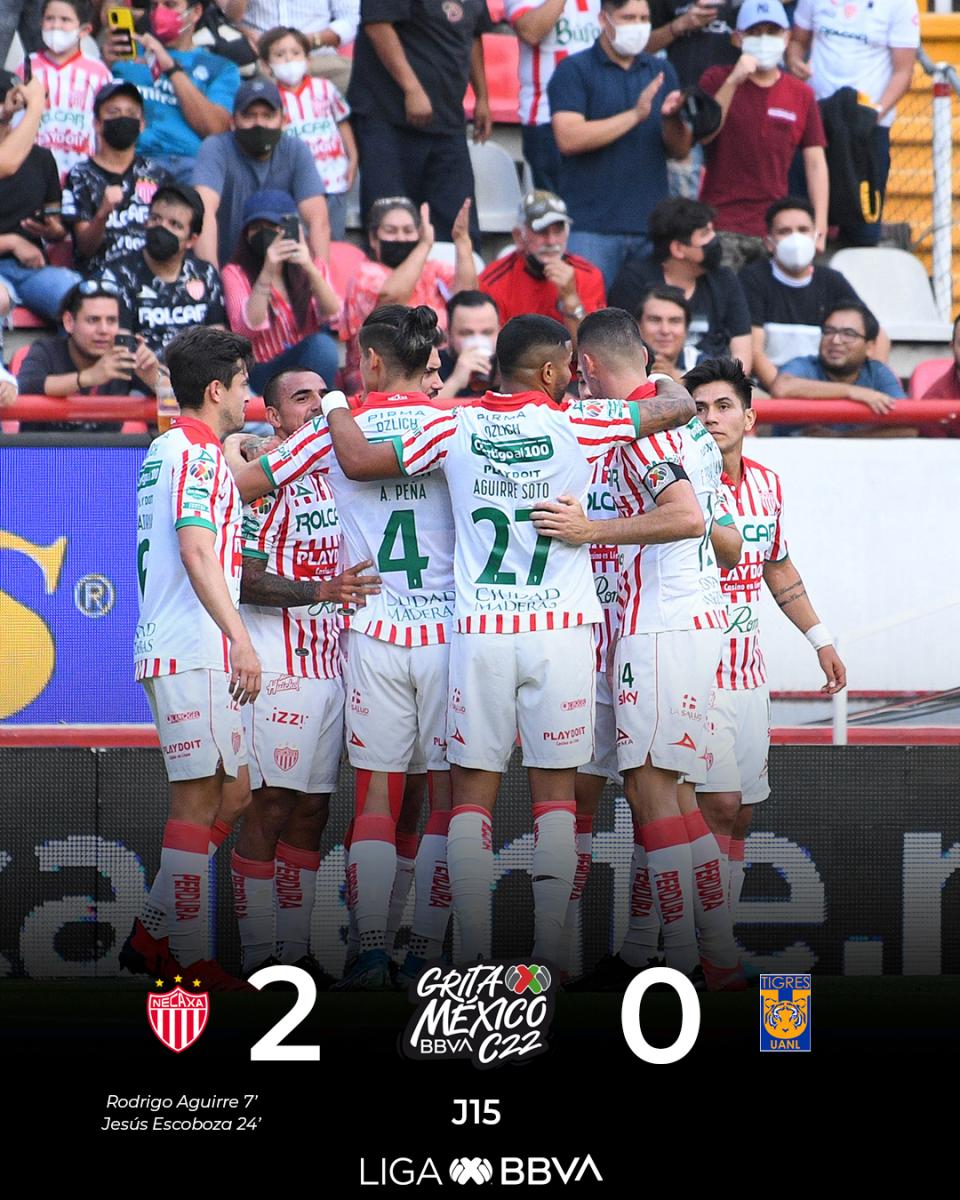 The second half begins at the Estadio Victoria, the Rayos del Necaxa are close to achieving an important victory in the tournament.
8:51 PMa month ago

This is how Escoboza put the Rayos del Necaxa 2-0 ahead and for the time being maintain the partial victory at the Victoria stadium.

Necaxa comes close to a second! Villalpando put in a dangerous cross that is not touched by any Rayos player and the ball ends up in Nahuel Gúzman's hands.
8:18 PMa month ago

This is how the Rayos del Necaxa took the first lead on the scoreboard.

Thauvin's attempt came close! The Tigers have already knocked on the door
8:01 PMa month ago

The match between Necaxa Rayos and Tigres UANL kicks off at Victoria Stadium, matchday 15 of Liga MX.
7:48 PMa month ago

In a couple of minutes, we will start broadcasting the match between Necaxa and Tigres from the Victoria Stadium, a match corresponding to the 15th round of the national football championship.
7:44 PMa month ago

Since Jimmy Lozano took over as Necaxa's coach, things have improved for the hydrocalida squad, as they are currently in the Playoff zone and have a good chance of getting into the 5th to 8th places to host the elimination duel at home.
7:39 PMa month ago

This is the starting eleven that coach Jaime Lozano has selected to face Tigres at the Victoria stadium. The home advantage could be a factor for the Rayos to secure an important victory in the company of their fans. 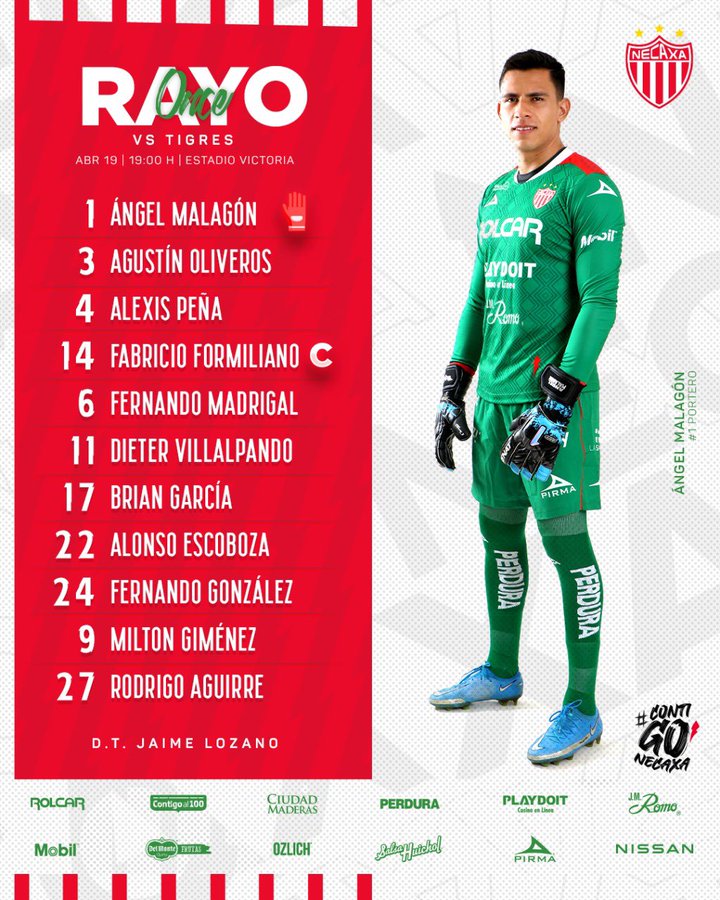 THE TIGRES' STARTING ELEVEN IS READY

This is the starting eleven that Miguel Herrera will send to the Estadio Victoria to try to get one more victory for the felines. It will be vitally important to win this match in order to continue as general leaders of the tournament.

Tigres is currently enjoying a great moment as they remain as the leaders of the championship with 10 wins, 2 ties and 2 defeats, the same as Pachuca, but the goal difference is in favor of the regios in the table. They also have the current top scorer of the Clausura 2022, André Pierre Gignac who, with his goal in the last game against Toluca, remains the lone leader with a two-goal lead over Nico Ibáñez.
7:21 PMa month ago

CHANGES IN THE BROADCAST OF THE MATCH

The match between the Rayos del Necaxa and Tigres de la UANL will be broadcast on cable television and not on free-to-air television, as was originally the case with Necaxa's games. The game will only be available on IZZI. If you want to follow the minute by minute of the game, be sure to follow VAVEL so you don't miss anything of this match.
7:11 PMa month ago

HOW DID THE TIGERS FARE IN THEIR LAST MATCH?

The UANL tigres are roaring strong throughout Liga MX after giving an incredible footballing display last week at the Volcán Universitario against Toluca by a resounding 3-0 score, with goals from Juan Pablo Vigón, André Pierre Gignac and Sebas Córdova, the regiomontanos took first place in the league.
7:08 PMa month ago

HOW DID NECAXA FARE IN THEIR LAST GAME?

The Rayos del Necaxa had an incredible performance last matchday after defeating Atlético de San Luis at home by a convincing score of 4-2 with goals from Milton Giménez and Rodrigo Aguirre, the same result that placed them in 12th place in the general table and put them in the playoffs with 17 points and continue to look forward to this era under Jimmy Lozano's command.
7:04 PMa month ago

The wait is over in Liga MX, the midweek matchday begins with the Necaxa Rayos hosting the UANL Tigres at the Victoria Stadium in what will be the 15th matchday of the Clausura 2022 Tournament. Both teams are in a position to continue fighting for the title, with the regios being the current leaders of the championship with the playoffs practically assured and the Rayos del Necaxa in the playoff zone but with the obligation to win in order not to lose the position that is still in dispute.
6:04 PMa month ago

Do not miss a detail of the match with the live updates and commentaries of VAVEL. Follow along with us all the details, commentaries, analysis and lineups for this Necaxa vs Tigres match.
5:59 PMa month ago

What time is Necaxa vs Tigres match for Liga MX game?

This is the start time of the game Necaxa vs Tigres of 19th April in several countries:

Watch out for this Necaxa player:

For this match, experienced midfielder Dieter Villalpando will be the player to watch for the team coached by Jaime Lozano. Villalpando has been one of Necaxa's most consistent players so far and is in charge of distributing the ball, looking for passes between the lines and giving creativity to the team's attack, so he will be a player to keep an eye on throughout these 90 minutes. 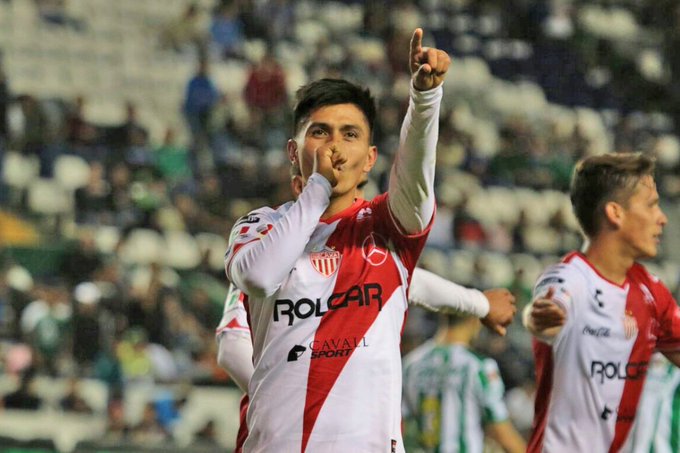 For this match, the French killer, Andre Pierre Gignac will be the player to watch as he is one of the star strikers that the Tigres squad has and has become a benchmark in Mexican soccer, always positioning himself in the scoring charts in every tournament he has played in Mexico. He also scored a great goal in the Regio classic and contributed to the feline victory, which means that he could make a difference during these 90 minutes. 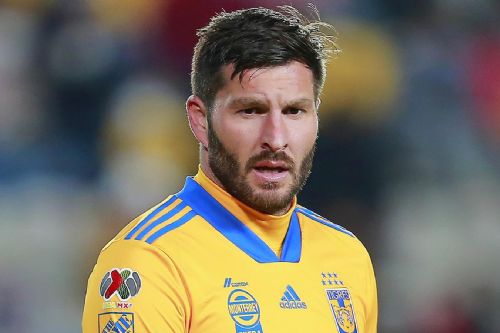 Necaxa and Tigres have faced each other on a total of 29 occasions (9 wins for the Rays, 12 wins for Tigres and 8 ties) where the advantage is in favor of the team from Monterrey, likewise, in goals, it is the Tigres team who has the advantage with 41 goals scored over 31 scored by Necaxa. Their last meeting dates back to the Apertura 2021 Tournament in Matchday 12, where both teams drew goalless.
5:29 PMa month ago

The Victoria Stadium is a sports venue located in the city of Aguascalientes, Mexico, home of the Necaxa soccer team. It has capacity for 25,500 spectators, has 11 emergency exits, and has a snack bar inside the stadium itself. The name of the stadium was sold under a 25-year concession to Grupo Modelo, which named it Victoria after the brand name of one of its beers.

This stadium was built in the central colonia Héroes (in front of the historic baseball park "Alberto Romo Chávez"), in what used to be the Municipal Stadium; from state land and municipal construction, it became the property of a Patronato al Fomento de Fútbol.

The property is currently located in the so-called Sports Area of Aguascalientes which houses a baseball park, a gymnasium, a basketball court, a velodrome, a semi-Olympic pool, among others.

They want to be the tournament leaders

Tigres have had a fantastic tournament under the leadership of Miguel Herrera and everything seems to indicate that they are the number 1 contenders for the title, as they are currently the leaders of the tournament with 32 points from 14 matches played, where they have won 10 matches, drawn 2 and lost 2. Likewise, the statistics have been a factor for the regios to be at the top of the general table today, as they have 29 goals for and 15 goals against, resulting in a +14 goal difference, surpassing Pachuca, which has a +13 goal difference.
5:19 PMa month ago

In search of a playoff berth

The Rayos del Necaxa will be looking to secure the playoffs and in one of those occasions, they could sneak into direct qualification for the playoffs. They are coming from an incredible 4-1 victory over Atlético de San Luis and managed to climb up more positions in the general table. Currently, Necaxa is in 10th place with 17 points obtained from 14 games played where they have 5 wins, 2 ties and 7 defeats so far in the tournament, also, in the statistics they have 18 goals for and 20 goals against, a situation that leaves them with a -2 goal difference.
5:14 PMa month ago

A great match for the three points

Liga MX is about to reach its final phase and the teams are starting to get their engines revved up to close the championship in search of a place in the playoffs. In this duel, the Necaxa Rayos will receive the UANL Tigres on the Estadio Victoria pitch in what will be the penultimate date of the Mexican soccer championship. On the one hand, Tigres are disputing the general leadership with Puebla, however, they have already secured the playoffs and will be looking for a victory to secure the leadership and a place in the playoffs. On the other side of the coin, Necaxa has been rising from strength to strength since the arrival of Jimmy Lozano and are currently in a playoff spot, so a win would bring them closer to securing a playoff spot at home.
5:09 PMa month ago

The Necaxa vs Tigres match will be played at the Estadio Victoria, in Aguascalientes, Mexico. The kick-off is scheduled at 20:00 pm ET.
5:04 PMa month ago

Welcome to VAVEL.com’s LIVE coverage of the 2022 Liga MX Match: Necaxa vs Tigres!

Charlotte FC vs Vancouver Whitecaps preview: How to watch, team news, predicted lineups, kickoff time and ones to watch 20 hours ago
//