Bukayo Saka makes it 2-4 from the penalty spot to capitalize on the Gunners' win at Stamford Brigde
4:36 PM3 months ago

Penalty for Arsenal. Azpilicueta commits a foul in the area.
4:32 PM3 months ago

Hakim Ziyech (Chelsea) enters the field of play in place of Marcos Alonso.
4:21 PM3 months ago

Werner tries again with a long shot, but the ball misses wide of the left post.
4:05 PM3 months ago

The Blues' defense continues to lose concentration and Nketiah takes advantage to put the score back in Arsenal's favor.
4:01 PM3 months ago

Bukayo Saka tries to get past the backline, but an opponent clears. The referee signals a corner kick for Arsenal.
4:00 PM3 months ago

Werner creates a chance at speed, but a defender snatches the ball away and fails to capitalize
3:58 PM3 months ago

Second half restarts, Thiago Silva comes on for Christensen in a change for Chelsea.
3:33 PM3 months ago

First half ends. Chelsea and Arsenal draw at half-time by two goals
3:32 PM3 months ago

Two minutes of added time are added
3:32 PM3 months ago

He misses! Smith Rowe gets the right foot between 4 opponents but the ball goes just wide.
3:29 PM3 months ago

Foul by Malang Sarr. Moss indicates that the ball is for the visitors
3:23 PM3 months ago

. Eddie Nketiah shoots from the edge of the area and the ball passes very close to the right post.
3:18 PM3 months ago

Goal! Emile Smith Rowe takes the lead again for the visitors and makes it 1-2. The play is born from a mistake in Chelsea's attack.
3:09 PM3 months ago

Strong tackle by Mount on Elneny. Stopped ball for Arsenal
2:59 PM3 months ago

Goooool: Eddie Nketiah smashes home after a defensive error to put the Gunners ahead.
2:55 PM3 months ago

Chelsea dominates the finish. After a cross from Mount that nobody manages to get down, offside is flagged and it's Arsenal's ball.
2:49 PM3 months ago

James is encouraged with the cross but the goalkeeper deflects and it will be a corner for Chelsea
2:47 PM3 months ago

Kick-off whistle. The ball is rolling at Stamford Bridge
2:33 PM3 months ago 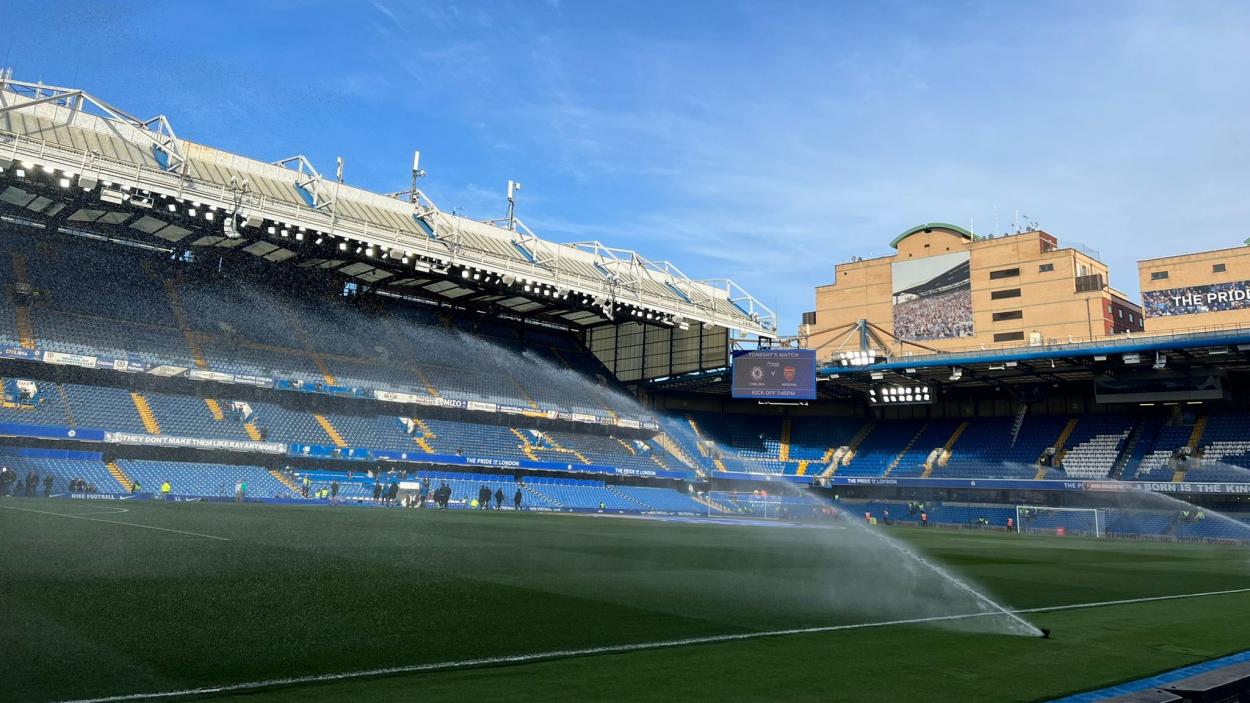 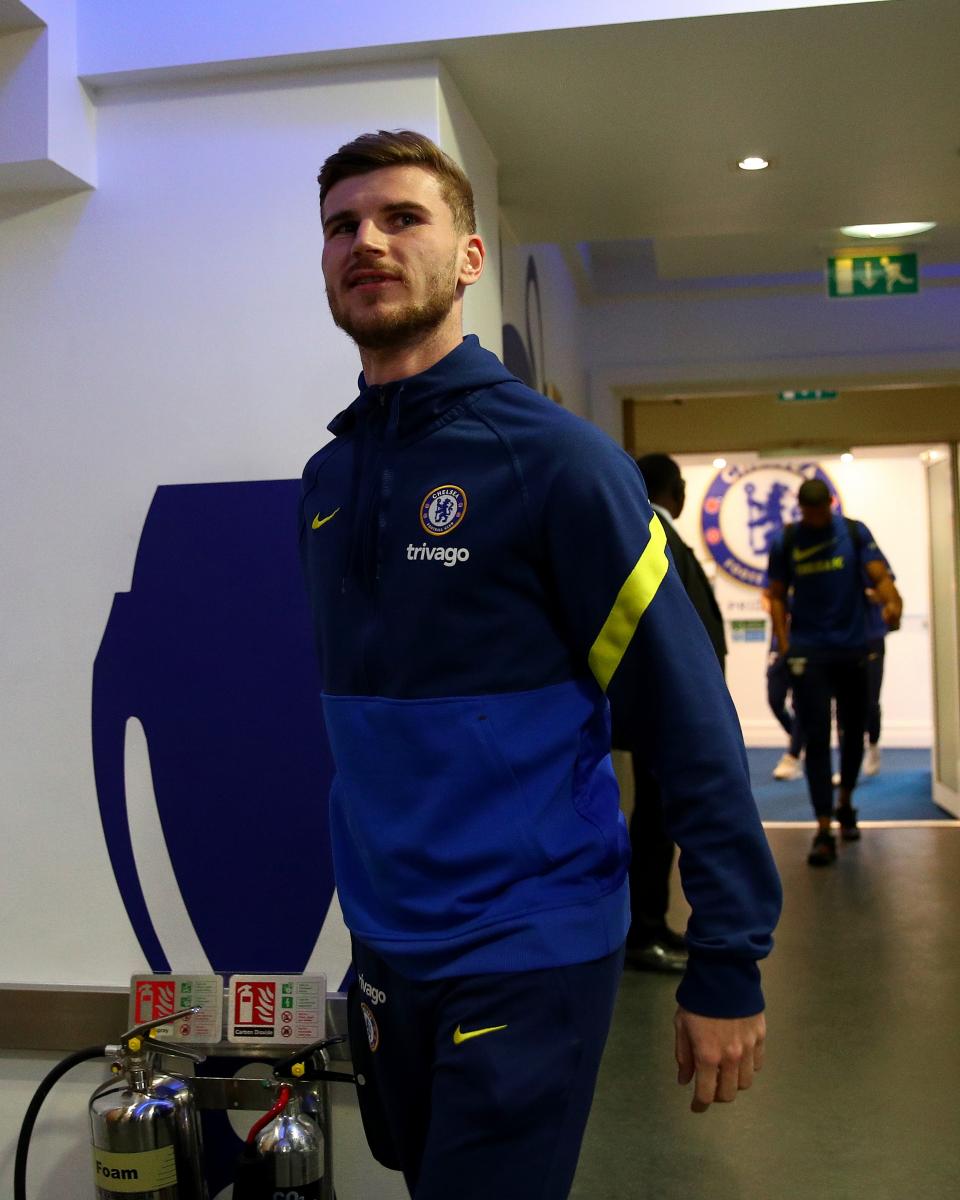 In the last five duels between the two teams (4 league and one friendly) Arsenal has won three times to the Blues' two, however, Chelsea has won the last two.
2:03 PM3 months ago

Kieran Tierney and Thomas Partey are Arsenal's only absentees. Takehiro Tomiyasu's presence is still in doubt due to a calf strain.
1:58 PM3 months ago

Mateo Kovacic, Callum Hudson-Odoi, Benjamin Chilwell are not available on Tomas Tuchel's bench, the former due to a knee injury and the latter two due to an ankle injury.
1:53 PM3 months ago

We are back for another round of what for many is the best soccer on the planet. The Blues host an unofficial classic against the Gunners.
1:48 PM3 months ago

Please stay here and enjoy best soccer in the planet. Do not miss a detail of the match Chelsea vs Arsenal live updates and commentaries of VAVEL.
1:43 PM3 months ago

How to watch Chelsea vs Arsenal Live Stream on TV and Online?

If you want to watch the game Chelsea vs Arsenal live on TV, your options is: Sky Sports.

What time is Chelsea vs Arsenal match for Premier League?

This is the start time of the game Chelsea vs Arsenal of 20th April 2021}} in several countries: 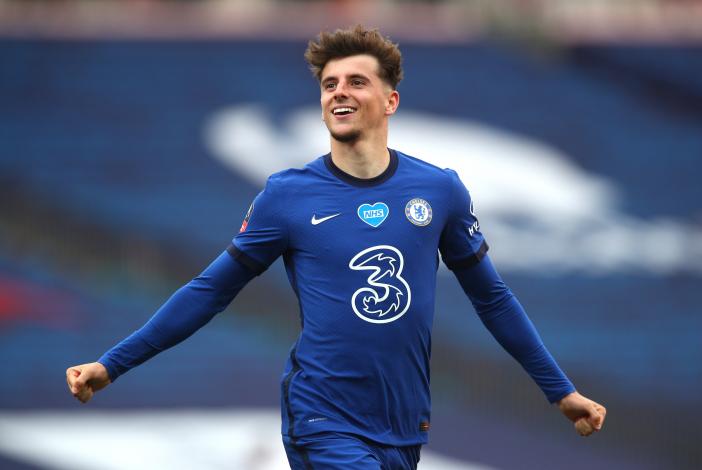 Emile Smith-Rowe. With 27 games played, he has scored nine goals, or 0.33 per game, with 621 successful passes and no cards. He has also recovered the ball 94 times. 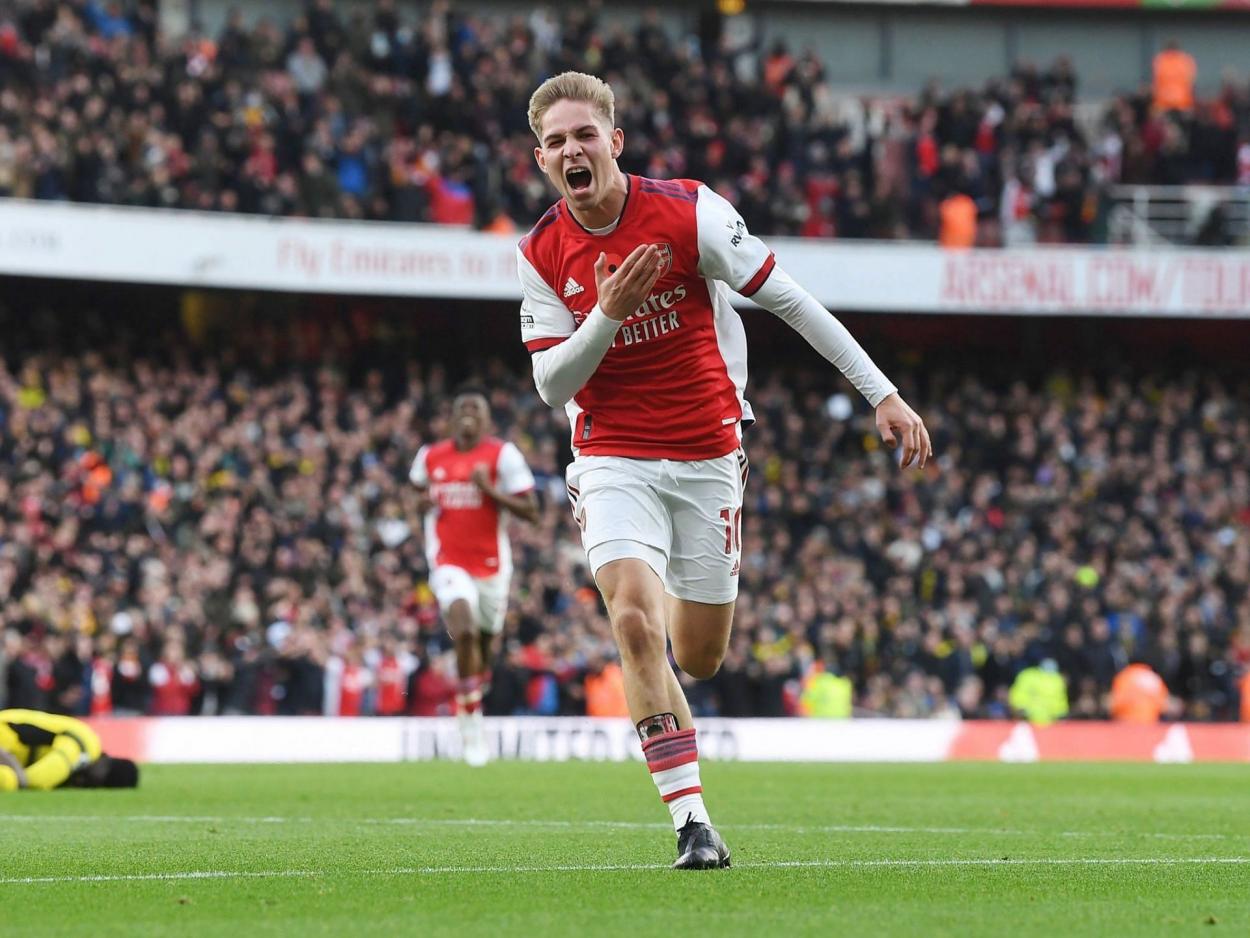 There is an old rivalry between these teams. Without actually transcending as a "derby" this sporting hatred between Gunners and Blues comes from a long-standing tradition. In the early 2000's a survey showed that for Arsenal fans Chelsea is their third most important rivalry, only behind Manchester United and Tottenham. As for Chelsea, they do consider them their most important rival. In the battle of supporters, Arsenal fans consider the Blues as their number one enemy, and on the Blues' side they consider the Gunners their second most unpleasant opponents after Liverpool.
Among this rivalry stand out the social burdens that each club has for their localities, for example Chelsea represents the economic solvency and power since its foundation in 1905 by the Joseph Brothers and Gus Mears while Arsenal traces back to the working class represented by workers of the Royal Arsenal since its foundation in 1886. The sporting rivalry has been prominent since the 1930's but since the 2000's this tension has been increasing.
1:18 PM3 months ago

Chelsea has been hit hard financially after it was announced that the assets of its former owner Roman Abramovich were frozen due to his close relationship with Vladimir Putin. Before this punishment the Club was put up for sale and was restricted with other measures such as the prohibition of merchandise sales, transfers and several other punishments. In recent days it was also announced that the director of the club, Eugene Tenenbaum was also punished with the same measure as Abramovich.
As for the purchase of the team, there are two finalists who are strongly postulated to be the new owners: Tood Boehly, owner of the L.A Dodgers and Sir Martin Broughton former president of Liverpool. There was also talk of the Ricketts family, who own the Cubs, however, the fans have spoken out against racist comments made by the family and these two candidates have lost some of their strength.
1:13 PM3 months ago

The Gunners are sixth in the overall standings with 31 games played in the Premier League during this campaign, of which they have won 17, drawing three and losing 11. With 54 points and an eight goal difference with 45 goals scored to 37 conceded. Hollowey's team intends to make some changes that will revolutionize the team led by Mikel Arteta, among these there is talk of the incorporation of Edon Zhegrova, attacker of Lille. There has also been a lot of talk about the departure of Alexandre Lacazette whose contract expires this summer and there is still no certainty about his permanence.
1:08 PM3 months ago

Chelsea FC has just won its place in the FA Cup final after defeating Crystal Palace, English tournaments continue to be the top aspiration for the London team after its recent elimination from the UEFA Champions League at the hands of Real Madrid in an epic quarter-final series. Although Tuchel's men seemed to have achieved a heroic comeback, the Merengue power continued against the English teams. In the Premier League

They are third, eleven points behind arch-rivals Liverpool and 12 points behind leaders Manchester City. Chelsea have played 30 games so far in the tournament, with 18 wins, eight draws and four defeats. They have scored 64 goals and conceded only 23, giving them a goal difference of 41 goals scored.

The Blues welcome the Gunners in another duel of this old rivalry. Stamford Bridge will be the venue for this match. This venue, home of Chelsea Football Club, is located in London, England in the district of Hammersmith and Fulham. And although it was originally created to be occupied by Fulham, the team rejected the stadium and the London Athletics Club was created, which became Chelsea.
In addition to hosting the matches of the 'Blues' it also hosts the matches of the England National Team. This stadium was inaugurated in 1877, and on April 28 it will be 145 years old. It has a capacity of approximately 42 thousand spectators.
12:58 PM3 months ago