FOR4
ENDa day ago

Thanks for following this match on VAVEL USA. Until the next time!
12:09 AMa month ago

POST! Toluca is saved after a shot that hits the post and the rebound to the Diablos' goalkeeper, which fortunately for him, ends in a corner kick.
11:52 PMa month ago

The referee adds four minutes to the match.
11:46 PMa month ago

A Toluca player goes down inside the area. The home team appeals for a penalty kick but the referee does not award a foul.
11:45 PMa month ago

BRAVOS IS CLOSER! Cándido Rámirez's first-time shot inside the box goes just wide of the left post.
11:43 PMa month ago

Juárez: Francisco Contreras and Joaquín Esquivel are out; Cándido Ramírez and Jaime Gómez are in.
11:39 PMa month ago

Toluca: Jordan Sierra is out, Alan Rodríguez is in.
11:35 PMa month ago

Offside for Camilo Sanvezzo who was preparing to shoot straight at goal.
11:27 PMa month ago

Juárez: Arce and Silvera come out and Diego Rolan and Anderson Leite come in.

Toluca: Ian González is out and Isaias Violante is in.

Incredible miss by Ian Gonzalez where he was alone in the area and the ball flew over the goal.
11:14 PMa month ago

The referee adds three minutes to the first half.
10:42 PMa month ago

Final stretch of the match. Juárez already looks better positioned on the field.
10:32 PMa month ago

In the first half hour of the match, neither Toluca nor Bravos could find the space to attack.
10:30 PMa month ago

Juarez had already scored a goal, but it was disallowed for offside.
10:28 PMa month ago

TOLUCA GOAL! Leo Fernández takes a corner kick where he shoots a first-time shot that passes very close to the goal.
10:11 PMa month ago

Hugo González intercepts a good pass from Camilo Sanvezzo in a good team move by our Diablos Rojos!
10:06 PMa month ago

The match has started!
9:59 PMa month ago 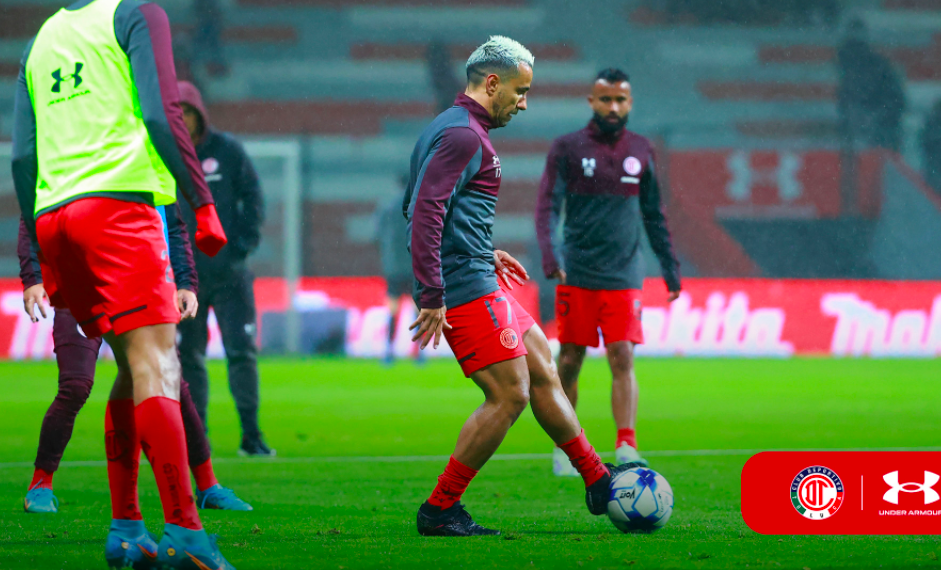 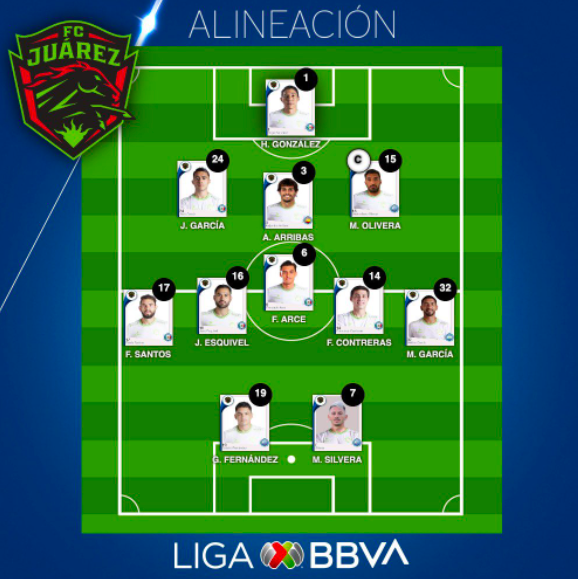 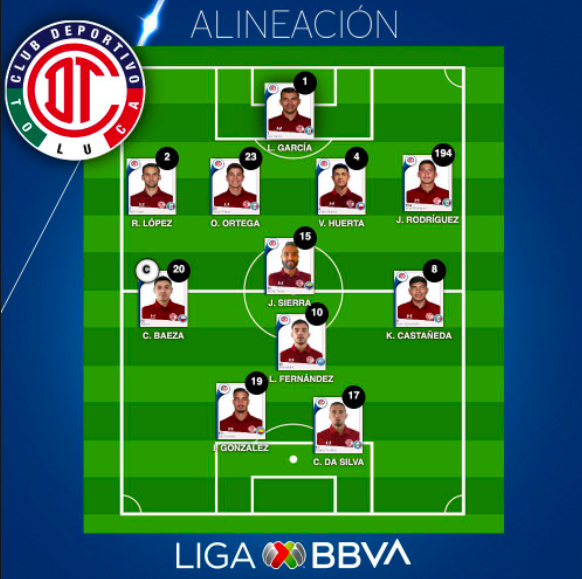 The dressing room is ready at Estadio Nemesio Diez, where the home team will wear its traditional scarlet uniform, while the visitors will wear white. 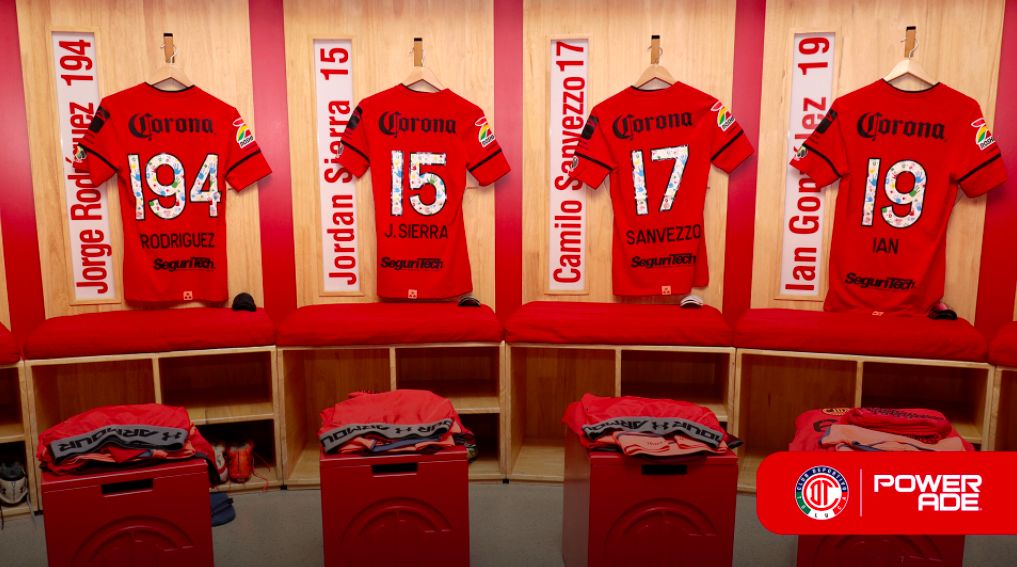 The most recent match between Toluca and Juárez ended in a resounding 1-3 victory for the Diablos at the Estadio Olímpico Benito Juárez.
9:22 PMa month ago

With the respective sanitary measures in place, both Toluca and Juarez are already at the Nemesio Diez stadium for the match that is minutes away. 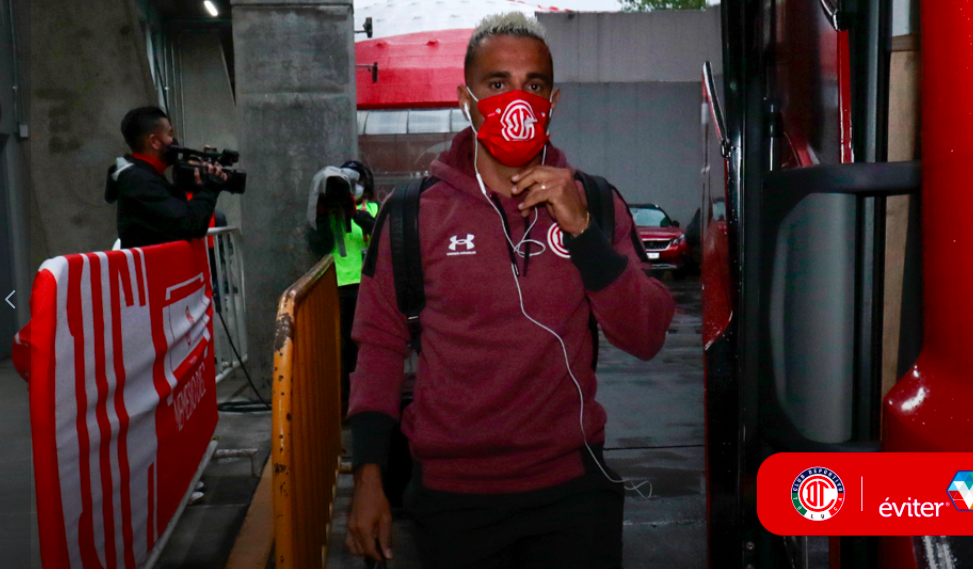 In the short history of head-to-head meetings, the Bravos of Juárez have three wins to just one for the Diablos of Toluca. Not a single tie has been recorded between these clubs.
9:10 PMa month ago

The Nemesio Diez Stadium will host this match and was inaugurated in August 1935. It is popularly known as 'La Bombonera' or 'El Infierno' and is located in the city of Toluca, State of Mexico. It has a capacity for 30 thousand spectators. 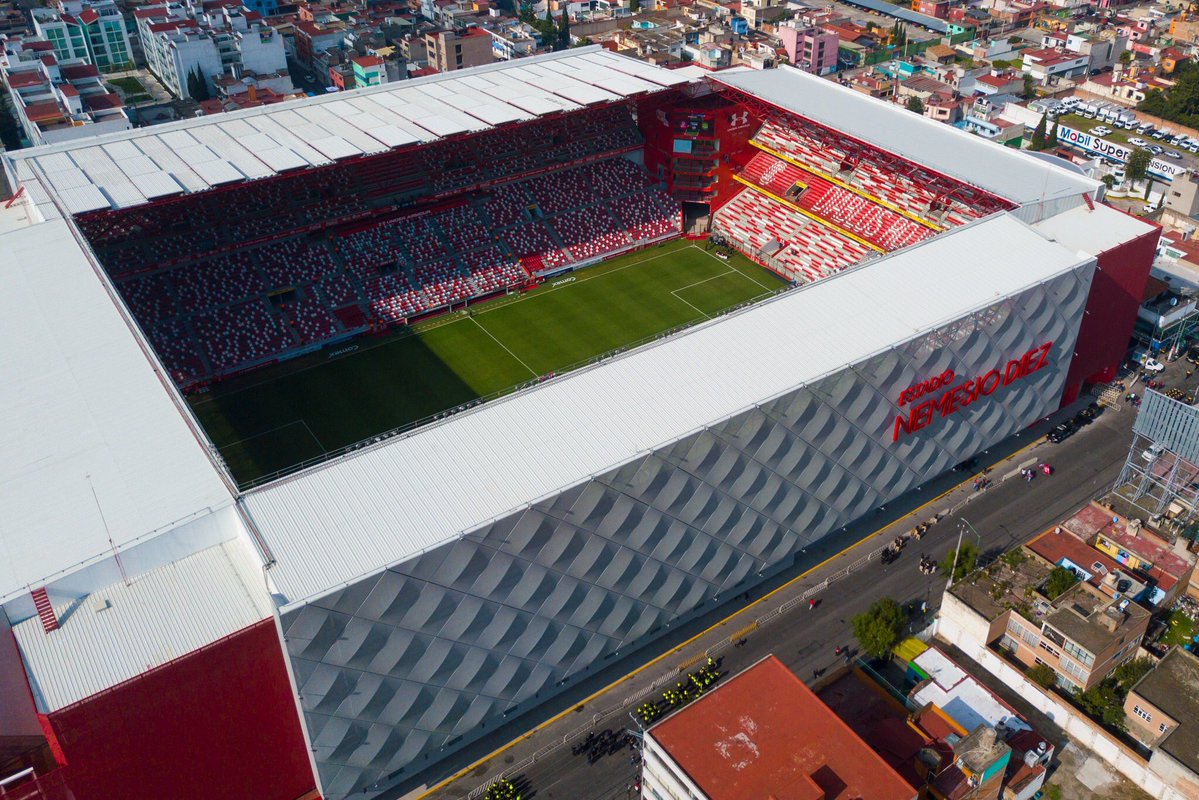 We are just under an hour away from the start of the match between Toluca and Juárez, where both teams are desperate for a win in order to aspire to a possible playoff spot in this Clausura 2022. Will the home team be able to take advantage of their home advantage or will the Bravos pull off a surprise? Follow our coverage on VAVEL USA.
1:48 AMa month ago

Do not miss a detail of the match Toluca vs Juarez with the live updates and commentaries of VAVEL. Follow along with us all the details, commentaries, analysis and lineups for this match.
1:43 AMa month ago

How to watch Toluca vs Juarez Live Stream on TV and Online?

If you want to watch the game Toluca vs Juarez live on TV, your options are: TUDN USA and Univision

How does Juarez arrive?

On the other hand, the Bravos de Juarez are in a critical zone as they are in last place in the percentage and the general table. Tuca Ferreti has had a nightmarish tournament with the border club, as if the bad results continue, Juárez will be forced to pay a fine of 80 million pesos. The Bravos have just played against Pachuca on match day 14, a game that ended in a 1-2 victory for the visitors. The team from Chihuahua is in 18th place in the general table with 8 points, the result of 2 wins, 2 ties and 10 losses.
1:18 AMa month ago

How does Toluca arrive?

The Scarlets, coached by Ignacio Ambriz, have had some bittersweet moments in the current tournament and, although they have played some good soccer at times, at others it seems that their performance has not been at its best. Toluca has now gone three games without a win out of three and, in their last game at El Volcan, they returned home with a 3-0 defeat. After that defeat, Toluca is in tenth place with 18 points, after five wins, three draws and six defeats.
1:13 AMa month ago

We are in the final stretch of the tournament and this afternoon, we will witness the last double-header of the Clausura 2022 at the home of the Diablos Rojos del Toluca. The scarlet team has had an irregular tournament like tonight's opponent and will be looking to get into the playoffs by taking points at home, but on the other side is Juarez, who wants to get out of the bottom and avoid the million-dollar fine.
1:08 AMa month ago

The match will be played at the Stadium Nemesio Diez

The Toluca vs Juarez match will be played at the Nemesio Diez Stadium, in Toluca, Mexico. The kick-off is scheduled at 10 pm ET.
1:03 AMa month ago

Columbus vs LAFC, and weather; lose 0-2 at home 2 days ago