Thank you for following the Monterrey-Atlas game for the penultimate round of the Liga MX.
12:03 AMa month ago

Dangerous cross that Esteban Andrada controls with some problems.
11:48 PMa month ago

Quiñones' shot is deflected by a defensive contact and will be taken for a corner kick.
11:43 PMa month ago

Maroni and Chalá come in

Zaldívar wins the position inside the area and sends a header that goes wide.
11:33 PMa month ago

Red card for Celso Ortiz after the VAR reviewed the play following a strong tackle.
11:23 PMa month ago

Meza's shot from half distance easily reaches the hands of Vargas.
11:13 PMa month ago

Rocha and Herrera come in

Torres, from Atlas, has been painted yellow.
11:03 PMa month ago

Janssen's shot from inside the six-yard box hit the crossbar, but the screamer was denied.
10:58 PMa month ago

The second half begins between Monterrey and Atlas.
10:43 PMa month ago

Reyes' cross is cut off by the defense at the near post.
10:28 PMa month ago

The action is stopped because the Atlas defender is left lying on the ground after a strong hit.
10:23 PMa month ago

Maxi Meza takes the penalty kick and Camilo Vargas dives to prevent his goal from being saved.
10:18 PMa month ago

Campbell is fouled inside the area and the referee awards a penalty kick.
10:13 PMa month ago

Now it was Troyanski with a shot that Andrada saved by lying down under the three posts.
10:08 PMa month ago

Janseen's powerful shot goes just over the side of the goal.
10:03 PMa month ago

Maxi Meza's free kick is blocked by the wall
9:58 PMa month ago

Meza controls the ball just outside the area and opens up space for a shot that passes close to Vargas' goal.
9:48 PMa month ago

Janssen had the first warning with a mid-range shot that went wide.
9:43 PMa month ago

The match between Rayados Monterrey and Atlas kicks off.
9:38 PMa month ago

We are minutes away from the start of the match between Rayados de Monterrey and Rojinegros del Atlas.
9:33 PMa month ago

These are the results so far on Date 15:

The BBVA Stadium is in impeccable condition to host the match of the penultimate date of the Liga MX: 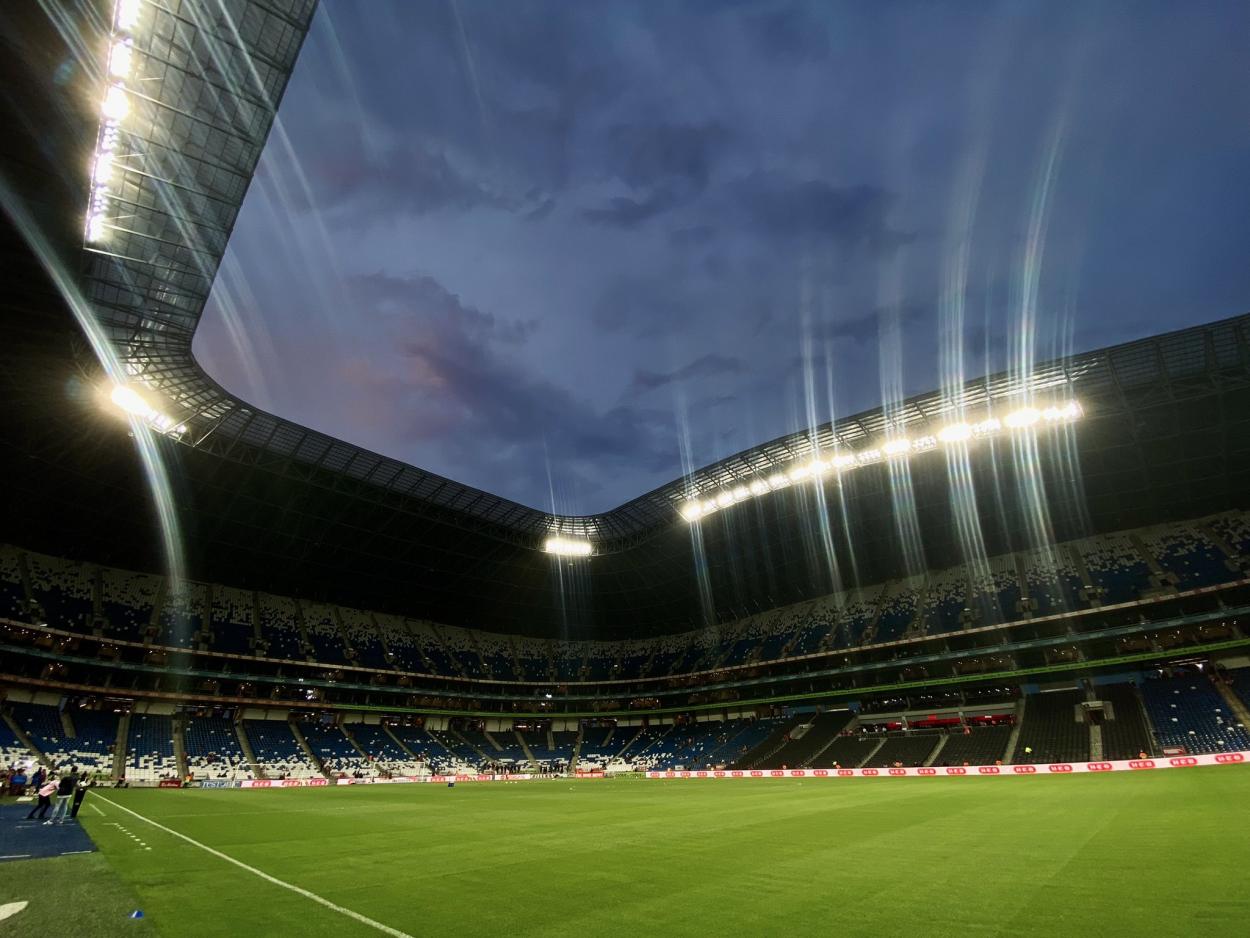 Janssen. Campbell, Pizarro and the entire Rayados team have arrived at their stadium to try to get a win that would come in handy on the final stretch of the season:

If Monterrey wins, it could reach 25 points and move within one point of Puebla in the fight for third place, while Atlas would move up to fourth place and move away from Cruz Azul, Chivas and Necaxa.
8:53 PMa month ago

At the end of the game against Pumas, Víctor Manuel Vucetich accepted that the match slipped away from them because they were not convincing in the final zone against a team that was down a man:

"It was a good match, we were in control for 90 minutes and in the final minutes we lost concentration. We have to work on our finishing, Talavera was the most important player, we cannot forgive a team that we had dominated," he commented at the end of the match at the press conference.

Two teams vying for fourth place in the overall standings will go head to head this Wednesday at the Steel Giant when the Rayados of Monterrey host the Rojinegros of Atlas. We begin with VAVEL's coverage of the game.
8:43 PMa month ago

Do not miss a detail of the match with the live updates and commentaries of VAVEL. Follow along with us all the details, commentaries, analysis and lineups for this Rayados Monterrey vs Rojinegros Atlas match for the Liga MX 2022 on VAVEL US.
8:38 PMa month ago

What time is Monterrey vs Atlas match for Liga MX 2022?

This is the start time of the game Monterrey vs Atlas of April 20th in several countries:

The balance in the last five matches between these two teams has been very even, with one win each side and three draws, remembering that they met in the quarterfinals of the last tournament where the Rojinegros advanced due to their better position in the overall standings.

Although he will not be attending the next World Cup with his national team, Colombian Camilo Vargas has been a key player in Atlas' good results for several tournaments and, against Rayados' powerful attack, he will surely have a lot of work to do during the 90 minutes.
8:23 PMa month ago

Joel Campbell, who has responded to Vucetich's trust on the field and has had outstanding performances that have meant points for La Pandilla.
8:18 PMa month ago

Atlas: Back to winning ways

Another team that did not fare well on the last matchday were the Rojinegros del Atlas, who, with one less player due to the expulsion of Julio Furch, who will not be available for this match, lost 2-1 at home against the Cañoneros de Mazatlán. The team from Guadalajara remains in fifth place and with hopes of finishing in the top four, so this game is key to achieving that goal for the final stretch of the Clausura 2022.
8:03 PMa month ago

Monterrey: not letting points slip away

The Rayados de Monterrey have had a remarkable growth and improvement under the command of Víctor Manuel Vucetich, which has catapulted them to fourth place overall, however, they have just lost 2-0 last Sunday against Pumas de la UNAM despite playing with an extra player, so the "King Midas" was strongly criticized for the actions of his team, which failed to score in the second half.
7:58 PMa month ago

The Monterrey vs Atlas match will be played at the BBVA Stadium, in Monterrey, Mexico. The kick-off is scheduled at 10:06 pm ET.
7:53 PMa month ago

Welcome to VAVEL.com’s LIVE coverage of the Liga MX 2022: Monterrey vs Atlas!